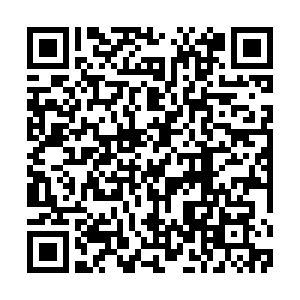 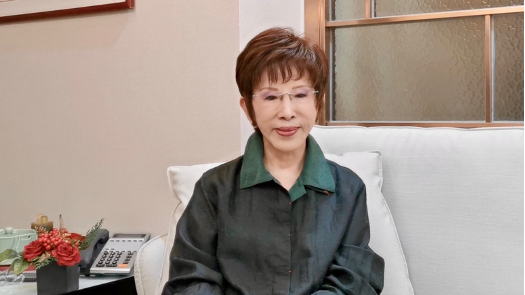 Former leader of Taiwan's Kuomintang Party, Hung Hsiu-chu, has said in Taipei that U.S. House Speaker Nancy Pelosi's visit to the island was irresponsible and left a mess behind. She made the comments in an online interview with CGTN.

Hung said that Pelosi came with an ulterior motive, and it was hard for people who truly love Taiwan to be happy, and the situation in the Taiwan Straits has become more critical.

The Taiwan Affairs Office of the State Council has criticized the Democratic Progressive Party authorities for colluding with foreign forces to seek "Taiwan independence." To deter such attempts, the mainland has started a series of naval-air joint drills around Taiwan Island.

"There are military drills surrounding Taiwan, and hundreds of agricultural products cannot be exported to the mainland anymore. That impacts the economy. But the Taiwan authorities can do nothing to solve the problem. I believe this will be a wake-up call for the people in Taiwan," she said.

"Nancy Pelosi has left Taiwan in a mess, and I think we should have let her stay here longer to know how it feels to be surrounded by live ammunition drills. And then, we should have asked her what she could do to support Taiwan and solve the Taiwan question."

When asked about the purpose of Pelosi's visit as outlined by the House speaker herself, that is, to reaffirm U.S. support for Taiwan and promote their common interests, like a more open Indo-Pacific region, Hung dismissed that.

"I really don't understand what common interests Nancy Pelosi talks about and what a so-called free and open Indo-Pacific region is. Does this mean they can do whatever they want in the region? We don't understand. And she didn't make it clear," Hung said.

"Today, a journalist asked, after her visit, what concrete benefits Taiwan has got? It's a pity that she can't answer and she does not even know. Her real purpose is to advance her own interests in the name of democracy and freedom."

The former leader of the Kuomintang Party pointed out that, on the one hand, Pelosi is trying to enhance America's prestige, including her own, and on the other, she is trying to change the downturn in the popularity of U.S. Democrats ahead of the forthcoming elections.

Regarding the mainland's strong response to Pelosi's visit, including the military drills that started on Thursday, Hung said she was very concerned about the current situation and even more worried about the continuous "broken window" effect.

"When Nancy Pelosi left Taiwan on Wednesday, she said Beijing cannot stop anyone from visiting Taiwan. What does she mean? No doubt, she is making deliberate provocations. What she does will not only affect the stability of the region but also the political situation on the mainland and in Taiwan," Hung said.

"I think it's right for the mainland to attack 'Taiwan secessionists.' And I also hope that it does this in accordance with the law and does not harm the interests of patriotic business people in Taiwan. Otherwise, it will boost the green camp."

She disapproved of the "secessionists" in Taiwan and those who benefit from the mainland and badmouth it at the same time.

"For these people, I do not disapprove warnings and even punishment from the mainland, and I even think it's necessary," she said.