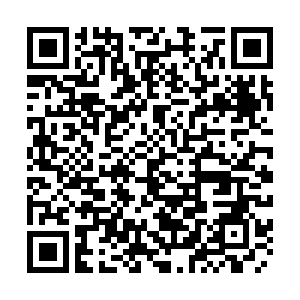 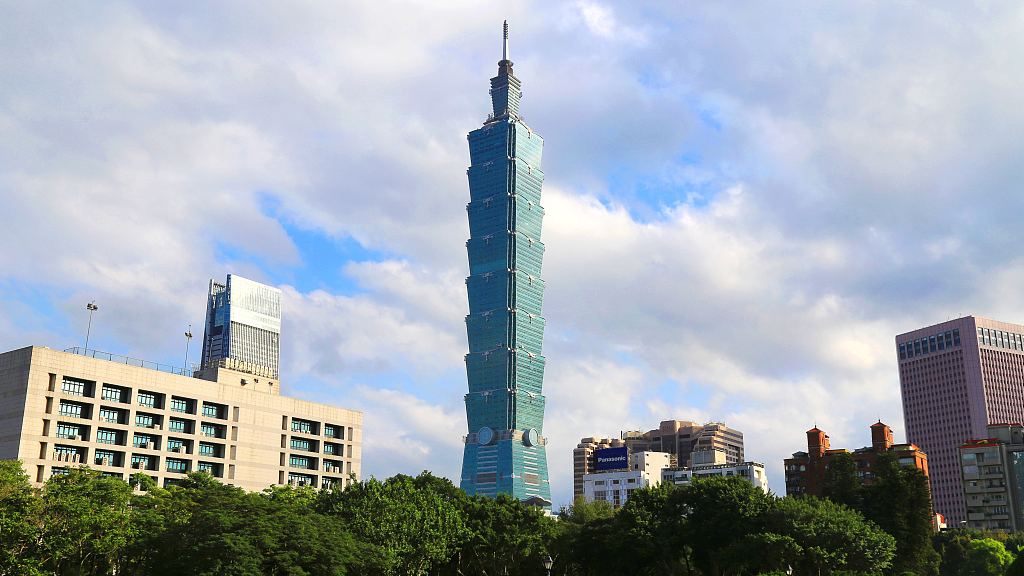 Editor's note: Chu Si is an observer on international affairs. The article reflects the author's opinions and not necessarily those of CGTN.

U.S. House Speaker Nancy Pelosi's now-completed trip to China's Taiwan region has escalated tensions in the Taiwan Strait. The U.S. government and Pelosi are staging a double act to use the "Taiwan card" to contain China.

Performing on stage is the 82-year-old Speaker of the House and second in the line of succession to the presidency, who insisted on her adventurist act for so-called "political legacy." However, Pelosi's visit, on whatever grounds, is a serious violation of the one-China principle and the provisions of the three China-U.S. joint communiqués. It has seriously infringed upon China's sovereignty and territorial integrity.

Her pathetic and irresponsible behavior is against the basic norms of international relations, and bound to be opposed by people across the world.

Playing up to Pelosi are some high-level U.S. officials whitewashing her visit: U.S. Secretary of State Antony Blinken said that possible escalation of tensions "would be entirely on Beijing," while John Kirby, National Security Council Coordinator for Strategic Communications at the White House, implied that China had been "saber-rattling" in the region. They are acting like a thief instead crying to "stop another thief," revealing how domineering and unscrupulous they are. Pelosi made an ill-intentioned provocation first, and China has been compelled to act in self-defense. Who should be responsible? And who is threatening whom? The answer is self-evident.

Directing backstage is the U.S. government, which keeps encroaching upon, obscuring and hollowing out the one-China principle, unilaterally concocting the so-called "Taiwan Relations Act" and "Six Assurances," and using salami tactics to strengthen ties with Taiwan region politically, militarily and economically in order to serve its Indo-Pacific strategy.

The U.S. has overestimated its strength, and underestimated the firm commitment of over 1.4 billion Chinese people to resolutely safeguard China's sovereignty and territorial integrity. Washington will only end up shooting itself in the foot as its plans backfire. We shall just wait and see.

Why is America's containment strategy doomed to fail? Because it goes against the real status quo, the fundamental principle of the Taiwan question and the core of the one-China principle: There is but one China in the world, and Taiwan is an inalienable part of China's territory. The fact that both sides of the Taiwan Strait belong to one and the same China is not to be changed and interfered in by external forces. To be more specific, these are the mistakes in the U.S. policy on Taiwan:

From this perspective, Pelosi's visit is a major political provocation to elevate U.S. official exchanges with the Taiwan region, bringing a new round of tensions and challenges to the Taiwan Strait. The world is witnessing the bankruptcy of U.S. political credibility.

Meanwhile, it is against the commitment made by the current administration. The U.S. is expanding the space of "Taiwan independence" activities under the pretext of democracy and human rights, planning to hold the Global Assembly of the World Movement for Democracy in Taipei in October. The U.S government conniving in the Democratic Progressive Party authorities’ political manipulation of seeking "Taiwan independence" in the name of democracy is against U.S. President Joe Biden's promise of not supporting "Taiwan independence," and will only push the people in Taiwan region to the abyss of disasters. It will get the U.S. in trouble and therefore is not in the fundamental interests of the American people.

Secondly, the U.S. is selling advanced weapons to and building military ties with Taiwan ﻿region.﻿ ﻿This is an issue of war and peace. In the 19 months since the Biden administration took office, it has approved five batches of arms sales to the ﻿island totaling about $1.2 billion, including advanced equipment and systems such as Patriot missile systems, self-propelled artillery and ammunition supply vehicles. U.S. arms sales to Taiwan region ﻿seriously breach the one-China principle and the three joint communiqués, especially the August 17 Communiqué. It is contrary to the goal of maintaining peace, and we hope that the U.S. side will remember the lessons learned from the past and remove, rather than create, more "time bombs" in China-U.S. relations.

Thirdly, the U.S. is helping the Taiwan region expand its "international space." It is against the trend and is doomed to fail. The U.S insists on inviting Taiwan region to the first Global COVID-19 Summit in September 2021 as well as some other international events designed only for sovereign countries. The Taiwan region's participation in international events must be handled in accordance with the one-China principle. This is a fundamental principle affirmed by the United Nations General Assembly Resolution 2758 and is recognized widely by the international community. The U.S. ﻿attempt to obstruct cross-strait reunification by resorting to international intervention has no chance of success.

It is the common aspiration and sacred responsibility of all Chinese sons and daughters as well as the requirement for the great rejuvenation of the Chinese nation to realize the complete reunification of the motherland. The United States is undermining the political foundation of China-U.S. relations by manipulating Taiwan-related matters. The hegemonic mindset and extortionist logic of some people in the U.S. – they can make provocations against China as they please, but China cannot reject or act in self-defense – makes no sense at all.

The U.S. will have to pay the price for undermining China's sovereignty and security interests. As Chinese President Xi Jinping has said in his phone call with U.S. counterpart Joe Biden, those who play with fire will perish by it. We hope the U.S side could get the point straight.