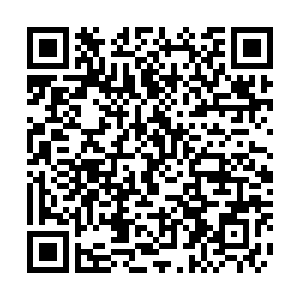 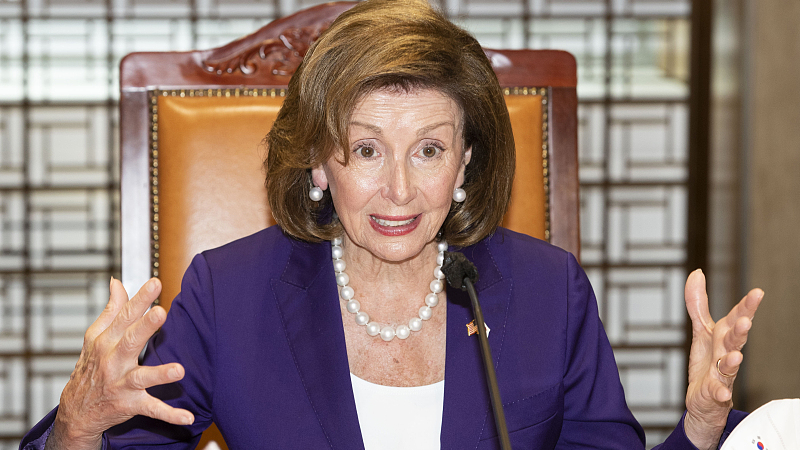 A clear provocation and flagrant contravention of the U.S. agreed commitment to the one-China policy, Speaker of the United States House of Representatives Nancy Pelosi's visit to Taiwan island, an inalienable part of the People's Republic of China, has put a lot of things simultaneously at stake. A staunch anti-China hawk and a fervent limelight-seeker with strong penchant for the dramatic gesture, Nancy Pelosi has a long history of standing against China and crying wolf on China's internal issues – an ingrained proclivity driven mostly by her pathological hatred of China and ill-conceived notion about Chinese governance.

"Foolish, dangerous, and unnecessary to any cause other than her own," as observed by former Australian Prime Minister Paul Keating, Pelosi's Taiwan stunt is, in big part, her political rescue mission to boost her and her party's dwindling popularity ahead the mid-term election in November. Because, if the Democratic Party loses its majority in the House of Representatives, Pelosi will no longer hold her Speaker position.

But Pelosi's Taiwan tantrum is in no way to be seen as an isolated incident driven by personal motives, rather something to be reckoned with the prevailing American political and strategic spectrum. American political establishment is infested with Pelosi-like anti-China hawks, haunted incessantly by self-appointed and ill-conceived ''great power competition'' with China.

In consequence, its policy disposition, firmly fixated on containing China in any way, has in recent times prompted its policymakers to embark on dangerous foreign policy endeavors one after another. From Indo-Pacific Strategy, QUAD to AUKUS, provocative policy penchant is at its peak, and Pelosi's visit to Taiwan is the latest, and by many measures the worst, manifestation of this kind.

Patronizing the separatist outfits on Taiwan island and inciting their pro-independence ambition is one of the U.S. anti-China containment agendas. To weaken China from within by separating Taiwan from the Chinese mainland and establishing an independent state entity, the U.S. has been doing everything at its disposal toturn the island into a militarized Cold-War-like outpost and to push Taiwan's separate global accession.

Within six months of his presidency, Biden approved its first arms sale worth $750 million to the Taiwan island in August 2021, and as of July, in his administration's fifth arms sale consignment to Taiwan, which was estimated to cost $108 million, is just a tip of what the United States has already provided to Taiwan for decades. Hence, Pelosi's visit to Taiwan is in no way to be seen as an isolated incident, but part of the U.S. multifaceted endeavors to contain China, and its dubious policy toward Taiwan. 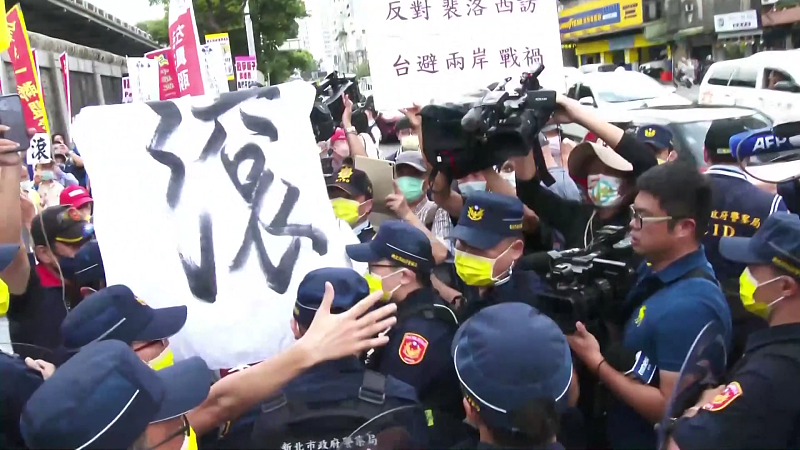 From the very beginning of the crisis, China has been reiterating its resolve to its principled position on the ''peaceful reunification'' of Taiwan and has demonstrated this in its cross-strait relations and policy orientation. But from inciting pro-independence separatism in Taiwan to increasingly accelerating its military ambitions, the United States has long been testing China's resolve to the peaceful reunification of Taiwan and increasingly pushing China's tolerance to the brink of collapse.

And Pelosi's visit seems to have been the final blow to China's tolerance and commitment to ''peaceful reunification.'' Her reckless visit to Taiwan island has not only shattered the hopes of a peaceful resolution of the cross-strait crisis but also threatened to trash every positive development to that end over the past decades.

More importantly, her self-instinct and self-interest driven trip to Taiwan island has further undermined the U.S. already eroding credibility, given the apparent gulf between its commitments and activities on the ground. In words, it has always, except for Biden's spur-of-the-moment comments, only paid the one-China principle lip service. The U.S. has long been trying to paint China's counter-responses to Pelosi's trip as the real provocations. Now, it has become crystal clear to the world regarding what has so far driven China's righteous re-assertion of its territorial claims.

And what's more, Pelosi's visit to Taiwan will certainly undermine the U.S. global standing and further erode the world's trust in its commitment to global peace and prosperity.

To contain China and rally support from the Asian nations, The U.S., over the last decade, has initiated multiple anti-China diplomatic endeavors, riding over its Indo-Pacific Strategy. Along the line, it continues its push toward militarization of the Asia-Pacific region. But, almost all of the nations in the region desire a peaceful settlement of the China-U.S. power struggle crafted out of diplomacy. But, Pelosi's reckless and provocative visit to Taiwan seems to hammer the last nail in the coffin of people's aspirations.