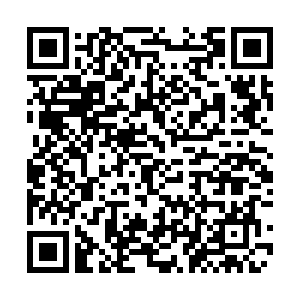 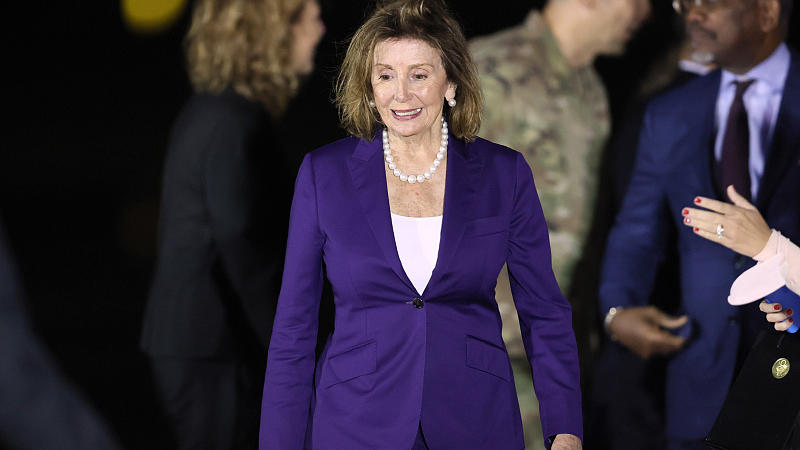 Editor's note: Liu Qiang is Vice Chairman, Director of Academic Committee and Senior Research Fellow of Shanghai Center for RimPac Strategic and International Studies. The article reflects the author's opinions and not necessarily the views of CGTN.

In disregard of repeated warnings from the Chinese government, Speaker of the U.S. House of Representatives Nancy Pelosi blatantly crossed the bottom line of the one-China principle and made a 20-hour visit to the Taiwan region of China. The nature of the visit is so bad and the damage so serious that it has set a very toxic precedence for China-U.S. relations going forward.

First of all, it has worsened the already battered China-U.S. relations. Due to the serious resurgence of the Cold War thinking in the United States, its strategic choices and measures to contain China have made China-U.S. relations extremely unstable. Pelosi's visit to Taiwan is a hegemonic act that clearly disregards China's sovereignty and territorial integrity, which has triggered strong discontent among the Chinese government and people, and injected a toxic dose to China-U.S. relations.

Secondly, it has broken the previously hard-earned stability and exacerbated the tensions across the Taiwan Strait. Although the Democratic Progressive Party (DPP) authorities have been stirring up trouble in recent years, the situation in the Taiwan Strait has remained generally stable. However, DPP's active cooperation with Pelosi in her visit to Taiwan has further exposed its thinking of "seeking U.S. support for independence agenda," forcing Chinese mainland to react and making the situation in the Taiwan Strait more tense than ever.

Once again, such a visit has set an extremely toxic precedence. Pelosi's visit could easily be misinterpreted by certain countries that China's bottom line could be crossed. This would become a precedence which other anti-China forces might follow in the future. For example, some British MPs announced that they would form a delegation to visit Taiwan.

If such moves occur frequently, the one-China policy will be hollowed out and there will be no peace in the Taiwan Strait. The Taiwan question concerns China's core strategic interests which cannot be trampled on by any country, let alone manipulated by the Taiwan authorities. For this reason, in response to Pelosi's visit, the Chinese government quickly and decisively took firm countermeasures that were on just grounds, to our advantage, and with restraint. 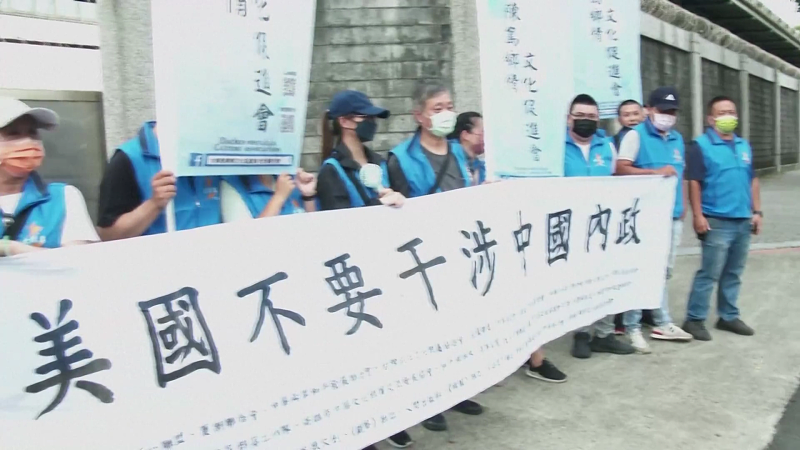 People in Taiwan held banners to protest against Speaker of the United States House of Representatives Nancy Pelosi's visit to Taiwan, August 3, 2022. /CFP

People in Taiwan held banners to protest against Speaker of the United States House of Representatives Nancy Pelosi's visit to Taiwan, August 3, 2022. /CFP

China was quick to severely condemn the wrongful remarks of several countries through its official diplomatic statement. After Pelosi arrived in Taiwan, the Chinese government immediately issued a statement of protest, followed by the statements of various ministries and diplomatic missions abroad.

The most notable of these was the strong rebuttal by Chinese delegation to the European Union against the G7's inappropriate remarks concerning China, which reflected China's determination and will to resolutely defend national sovereignty and territorial integrity without fear of foreign powers. This is a countermeasure on just grounds.

Then the PLA quickly carried out massive military exercises in six exclusion zones encircling the island to deter the separatist forces in Taiwan. The PLA showed the world its determination, will and ability to safeguard national interests, but stopped short of an actual military operation. This is a restrained countermeasure.

The Chinese mainland also adopted economic sanctions on key industries of the island. The swift announcement of the suspension of natural sand exports to Taiwan and the temporary cancellation of imports from Taiwan will make the local authorities feel the real pain. This is a countermeasure to our advantage.

All in all, Pelosi's visit to Taiwan is an extremely stupid political show, but the harm it brings is huge. As long as the U.S. political community corrects its mistakes and does not engage in such foolish drama again, it is still possible to maintain a relatively stable relationship between China and the United States.

Otherwise, the future of China-U.S. relations will hardly be good, which neither the Chinese nor the American people want to see. This is because a stable China-U.S. relationship is not only beneficial to the two countries, but also an important factor for world peace, stability and development.

The stability in the Taiwan Strait is also the common wish of compatriots on both sides of the strait. Therefore, it is hoped that U.S. politicians will think twice before acting on question involving Taiwan in the future.