Download
Russia and Türkiye: Pragmatism at its peak
Nikola Mikovic 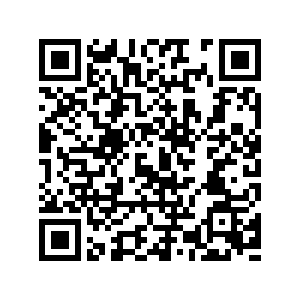 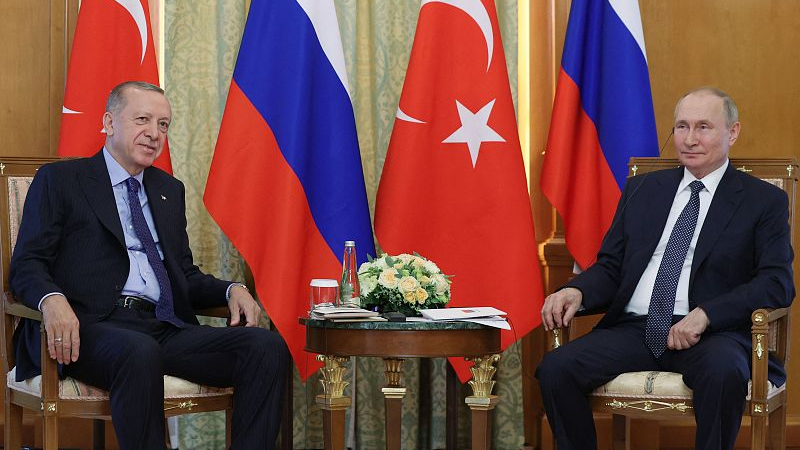 While Russia remains preoccupied with its "special military operation" in Ukraine, Türkiye - Moscow's "situational frenemy" - attempts to increase its influence in the Black Sea region, as well as in the South Caucasus. Meanwhile, Ankara aims to resolve its strategic goals in northern Syria, where Russian forces are bolstering their presence. Can Russia and Türkiye reach consensus over the conflicts spanning across the globe, in which they are directly and indirectly involved?

It's also not a secret that Moscow and Ankara hold diametrically opposed views over the Syria situation. In the Middle Eastern country, the Kremlin supports Syrian President Bashar Al Assad, while Türkiye backs various militant opposition factions in the north of the country, mostly in the Idlib province.

Over the past few months, Ankara has tried to get the "green light" from the Kremlin to launch its own "special military operation" in northern Syria, aiming to create a 30-kilometer deep buffer zone in regions where the Kurdish-dominated People's Defense Units (YPG) have effective control. During the recent summit in Tehran, Turkish President Recep Tayyip Erdogan and his Russian counterpart Vladimir Putin reportedly discussed Syria, but no deal was reached.

Meanwhile, Türkiye has managed to position itself as a de facto mediator in the economic aspect of the Russian-Ukrainian conflict. Ankara played a crucial role in the Black Sea Initiative that resulted in renewed exports of Ukrainian grains.

"With your direct participation and through the mediation of the Secretary of the United Nations, the issue related to the supply of Ukrainian grain from the Black Sea ports has been solved," Putin told Erdogan on August 5 in the Russian Black Sea resort of Sochi.

According to reports, the two leaders discussed not only the Ukrainian grain exports and Syria, but other regional issues as well. Given that a couple of days before the Sochi meeting, the situation in the restive region of Nagorno-Karabakh escalated, it is possible that the outcome of the summit between Putin and Erdogan will have a significant impact on relations between Azerbaijan and Armenia.

Russia and Türkiye are indirectly involved in disputes between Azerbaijan and Armenia, since Moscow is Armenia's ally in the Collective Security Treaty Organization, while Türkiye and Azerbaijan have officially established allied relations in 2021.

Accordingly, Türkiye could use Azerbaijan's leverage over Armenia pressuring Moscow to offer concessions to Ankara in northern Syria. Nonetheless, prior to the Sochi summit, the Kremlin spokesperson Dmitry Peskov told reporters that it was important to avoid actions that could "jeopardize Syria's territorial and political integrity," which indicates that Moscow still opposes Turkish plans to establish a buffer zone in the war-torn country.

Yet even if Putin and Erdogan reach a deal, and Russia turns a blind eye to a potential Turkish military operation into Syria, Türkiye will have to get approval from Washington to launch an assault on the YPG - a military formation that Ankara sees as a terrorist organization, while Washington sees it as a crucial ally in the fight against ISIL militants. That is why Erdogan seeks to balance Turkish pragmatic relations with Moscow, along with its U.S. alliance. 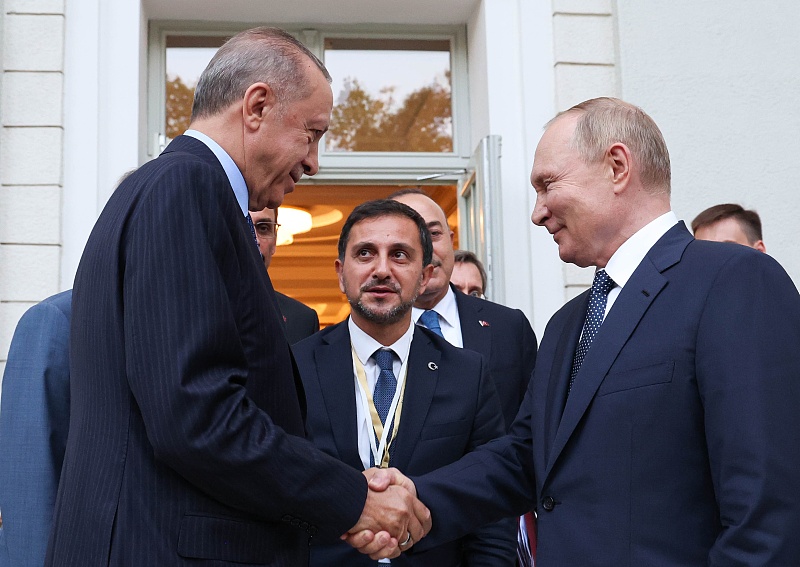 A week before the Sochi summit, Turkish Foreign Minister Mevlut Cavusoglu said that negotiations between Ankara and Washington on the F-16 deal that would include the sale of 40 newly built fighters jets to Türkiye, are "going well." He also emphasized that the approach of Biden's administration to the talks is "very positive."

On the other hand, on July 27, the Kremlin announced that Putin and Erdogan would discuss military and technical cooperation, which suggests that Ankara, one of Washington's NATO allies, would continue purchasing weapons from both the United States and Russia.

Unlike many other NATO members, Türkiye hopes to keep buying Russian gas, and also to strengthen its energy ties with Moscow. Additionally, Russia's state-owned Rosatom company will continue to construct the Akkuyu Nuclear Power Plant in Turkish Mersin Province. This indicates that Ankara won't follow the official Western policy regarding the Russian Federation. Therefore, Türkiye will unlikely join the anti-Russian sanctions any time soon, if at all.

But that does not mean Ankara is pursuing a very friendly policy vis-à-vis Russia. Türkiye continues arming and supporting Ukraine, but in spite of that the Kremlin has not added its frenemy to the list of unfriendly countries. Russian leaders are aware that such a move would have a serious impact on the Russian economy, especially on its energy sector.

Thus for the foreseeable future, Moscow and Ankara will likely continue developing pragmatic ties, despite the huge difference they have over various geopolitical issues.