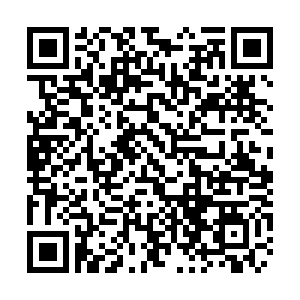 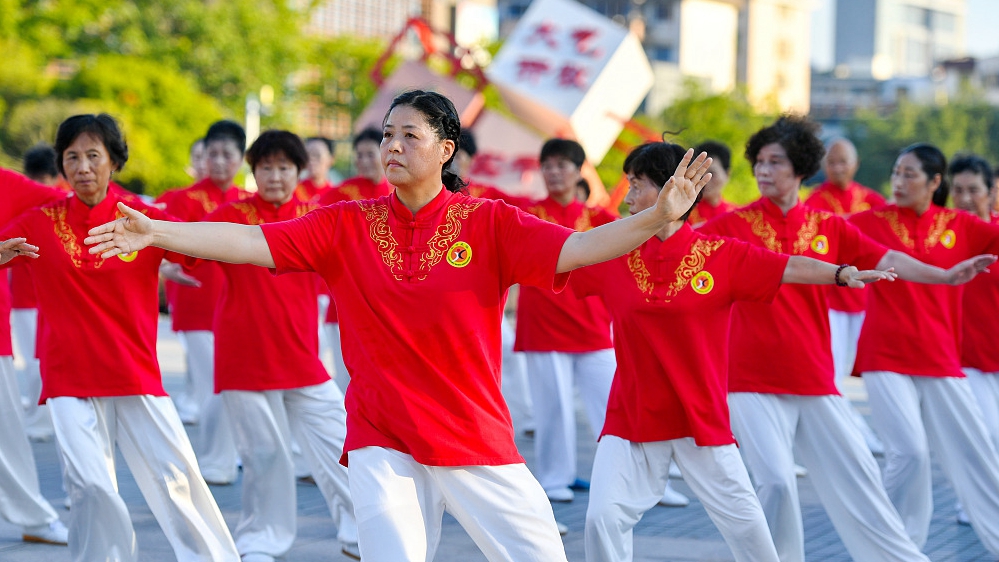 If you sauntered down a broad avenue in China at some point this year, there's good chance you'll come across a group of cyclists arrayed in dashing riding apparel.

Cycling has long been one of the most common forms of transportation for the average Chinese household, but the role of bicycles has changed of late, as a growing number of people, urban sophisticates and culture trendsetters in particular, have repurposed the bike as an exercise tool and lifestyle choice.

A massive influx of riders brought about a substantial increase in bicycle sales. Demand for some high-end road bikes and related accessories is so strong that shops constantly run out of stock, which prompts longer hold-up for many customers and a rapidly increasing waiting list.

Chinese bike-sharing apps such as Meituan Bike also reported huge surges in cycling in Beijing, Shanghai and Shenzhen. And the statistics point to similar trends across the country. 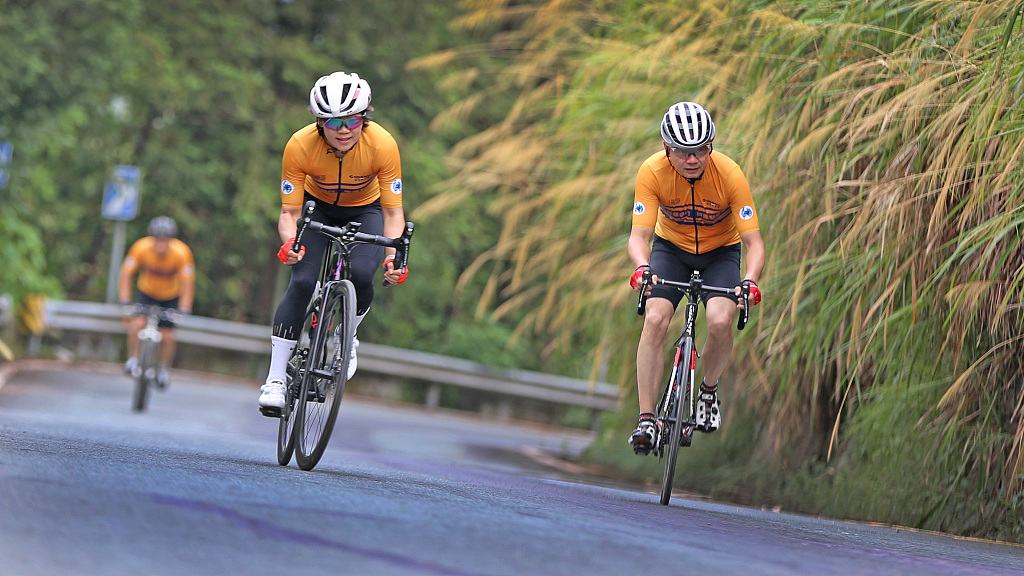 This is not an isolated case. Ultimate Frisbee, a niche sport introduced to China by American expats over three decades ago, and surfskating are also enjoying newfound popularity in China.

Built on burgeoning pandemic concerns as well as greater environmental and health awareness, this new boom helped shine a spotlight on China's passionate love affair with fitness which went a long way towards supporting the country's physical and mental health in an increasingly unstable world.

Monday marked the 14th anniversary of the National Fitness Day, and since 2009, it has grown to become the most important day on China's fitness calendar.

The original intention was to dedicate a whole day to the importance of fitness and call on citizens to engage in physical activities. From there it has gained more visibility and influence with many fitness centers, sporting venues and parks across China offering free access to events as part of the country's campaign to promote healthy lifestyle. 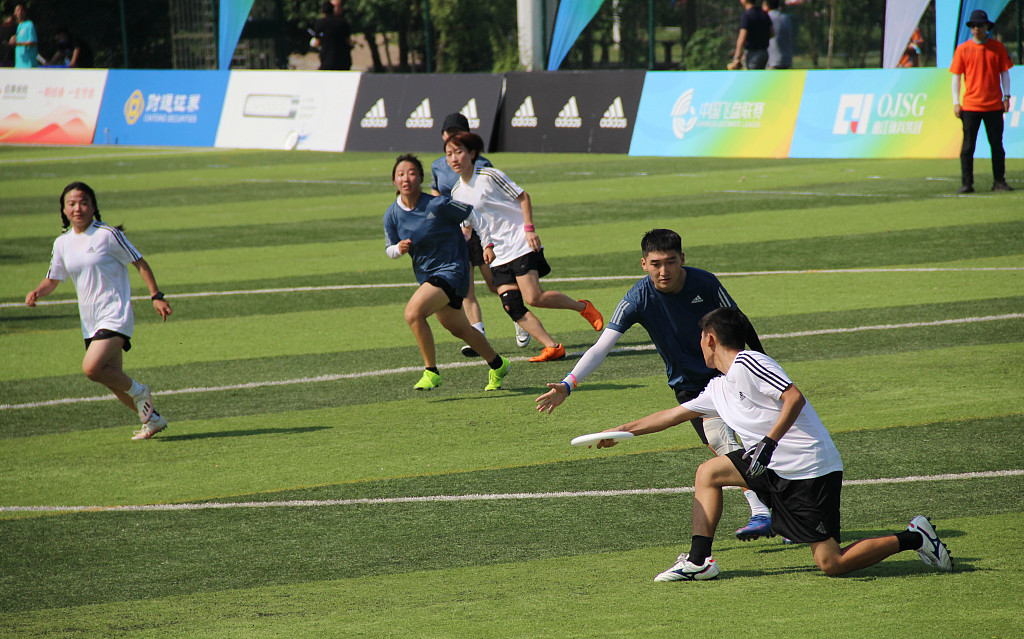 To further encourage people to get more physically active, China issued a national fitness plan last year which aims to have 38.5 percent of its population exercising regularly by 2025.

The ambitious project, which spans from 2021 to 2025, listed eight objectives, including stepping up development of public sports venues and facilities, hosting more public sports games and competitions, and advancing high-quality development of the sports industry, among others.

With grassroots support to engage people from all walks of life through free activities, Shanghai alone will host about 242 online and offline sporting events from August 6 to 14 and about 400 public venues and amenities will be publicly available to the public at large.

China's unrelenting efforts to promote fitness is beginning to bear fruits. According to a latest report released this year, the proportion of people aged 7 and above who participate in physical activity at least once a week is 67.5 percent, an increase of 18.5 percent over the same period in 2014. 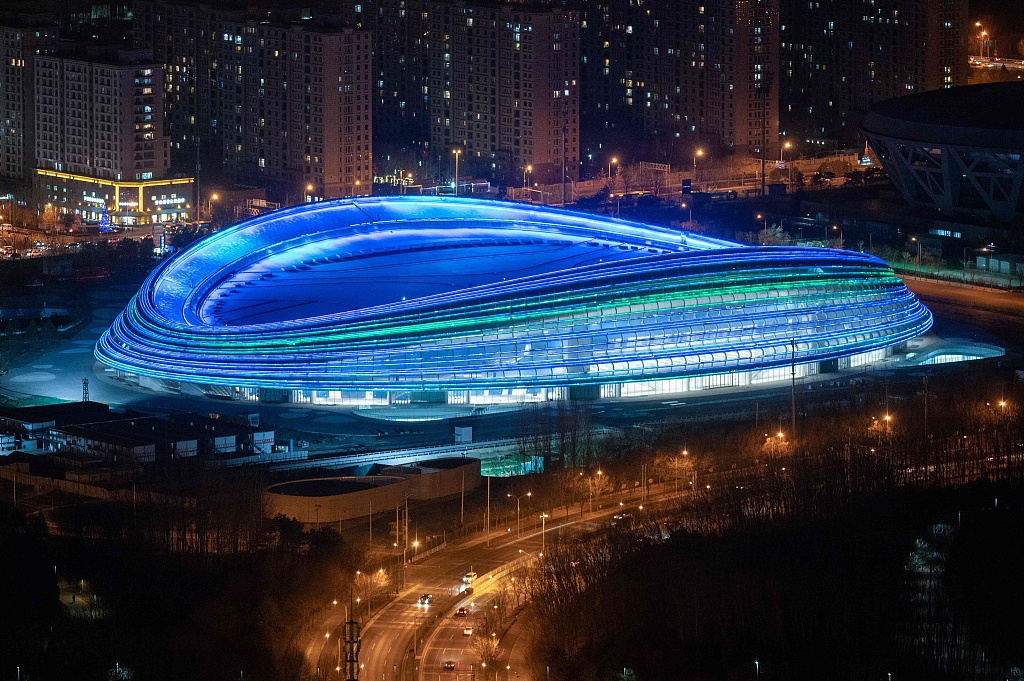 The National Speed Skating Oval, also known as the Ice Ribbon, the venue for speed skating events at the 2022 Winter Olympics. /CFP

The National Speed Skating Oval, also known as the Ice Ribbon, the venue for speed skating events at the 2022 Winter Olympics. /CFP

The success of the fitness campaign also rides on the legacy of the Beijing Olympic and Paralympic Winter Games. While the vision to engage 300 million people in winter sports has become a reality, China has put a lot of stock in ensuring the continued use of Olympic facilities.

All ice venues of Beijing 2022, which applied innovative, natural carbon dioxide cooling technology, are scheduled to stage ice sports events, swimming tournaments and wide-ranging performances over the next few years.

It was part of a broader ambition to turn those venues into an all-year sports and fitness destinations and generate comprehensive socioeconomic benefits for the local communities.

True to form, China has ensured that the hosting of the Games was closely aligned with the endeavors to serve the people. And the National Fitness Day represented far more than a single day of physical activity, it is a united movement to set the nation on the path to a better future.