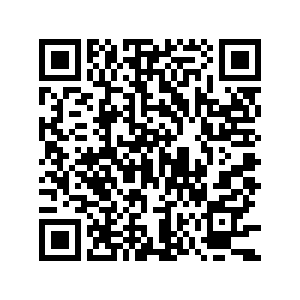 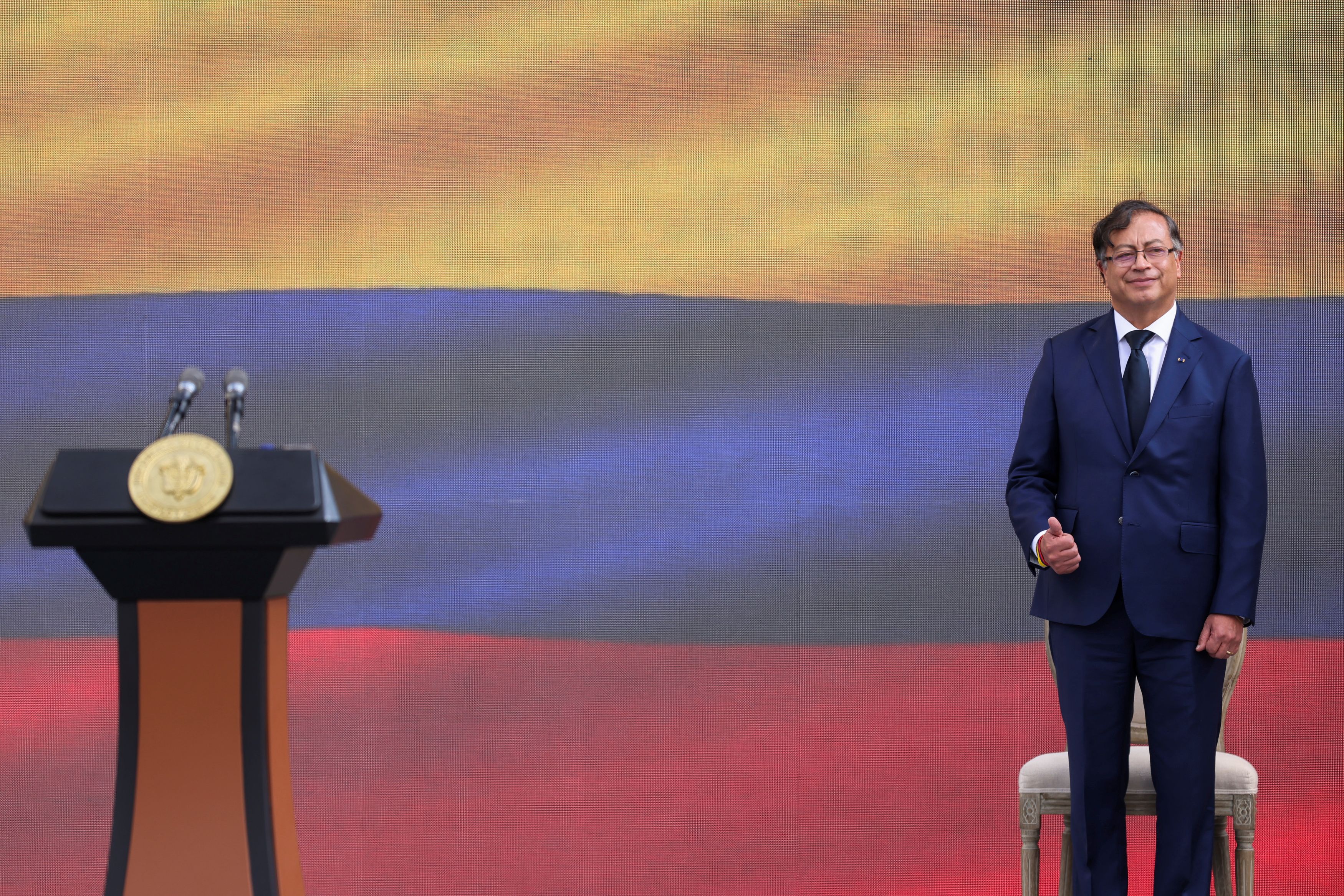 Colombian President Gustavo Petro gives a thumbs up during his swearing-in ceremony at Bolivar Plaza in Bogota, Colombia, August 7, 2022. /Reuters

Colombian President Gustavo Petro gives a thumbs up during his swearing-in ceremony at Bolivar Plaza in Bogota, Colombia, August 7, 2022. /Reuters

Gustavo Petro on Sunday became Colombian president, pledging to unite the polarized country in the fight against inequality and climate change and achieve peace with rebels and crime gangs.

Petro, a former mayor of Bogota, was sworn in by Senate President Roy Barreras in Bogota's Bolivar Plaza on Sunday afternoon, watched by some 100,000 invitees including Spanish King Felipe VI and at least nine Latin American presidents.

"I do not want two countries, just as I do not want two societies. I want a strong, just and united Colombia," an emotional Petro said in his inauguration speech. "The challenges and tests that we have as a nation demand a period of unity and basic consensus."

Petro has promised to revive scuppered peace negotiations with the National Liberation Army (ELN) rebels and apply a 2016 peace deal to ex-members of the FARC guerrillas who reject it.

His foreign minister has said the government will hold dialogue with gangs and potentially give members reduced sentences in exchange for information about drug trafficking. Armed groups should accept that deal, Petro said.

"We call on all those who are armed to leave their arms in the haze of the past. To accept legal benefits in exchange for peace, in exchange for the definitive non-repetition of violence," Petro told the cheering crowd. 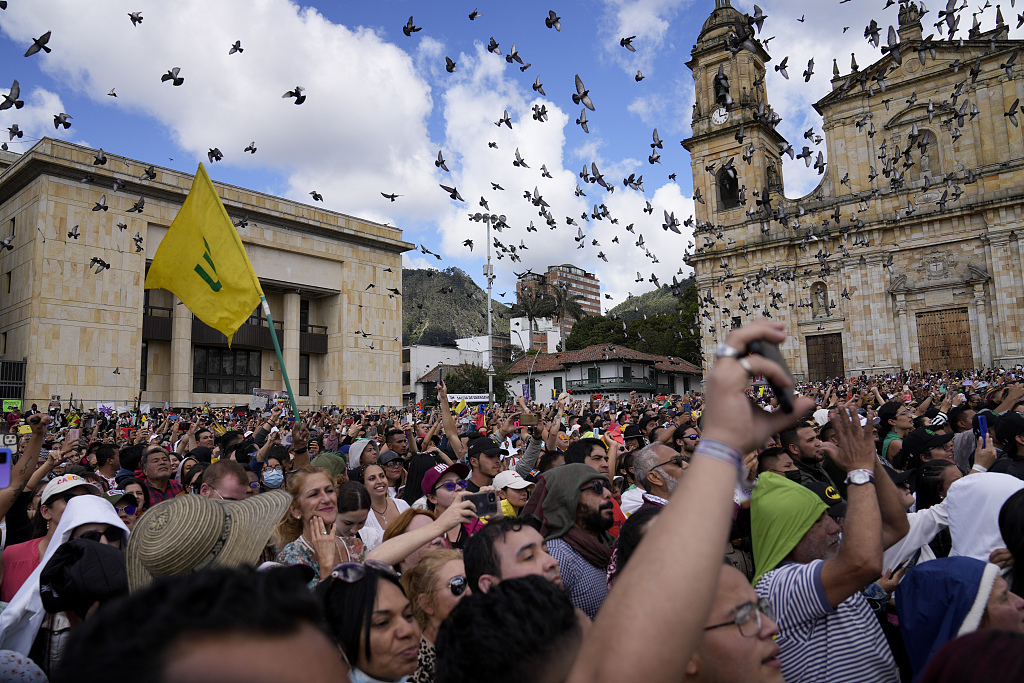 Supporters of Colombian President Gustavo Petro celebrate as he takes the oath of office during his inauguration ceremony in Bogota, Colombia, August 7, 2022. /CFP

Supporters of Colombian President Gustavo Petro celebrate as he takes the oath of office during his inauguration ceremony in Bogota, Colombia, August 7, 2022. /CFP

"It is time for a new international convention that accepts that the war on drugs has failed, that it has left a million dead Latin Americans during 40 years and that it leaves 70,000 North Americans dead by overdose each year. The war on drugs strengthened mafias and weakened states," Petro said.

He also called for the creation of an international fund to help the deforestation-plagued Colombian Amazon.

Petro, a 62-year-old former senator, has also said a top priority is to fight hunger in the country of 50 million, where nearly half the population lives at some level of poverty.

Thousands of supporters celebrated in Bogota and at large screens set up in public places around the country.

Groups of people were also celebrating on both sides of the Colombia-Venezuela border, with dozens gathered on either side of a crossing point on the Simon Bolivar bridge outside of Cucuta.

Petro has promised to re-open diplomatic relations with Venezuela, allowing trade between the two countries and consular services to resume.