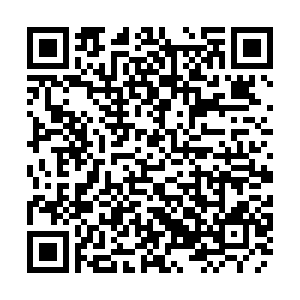 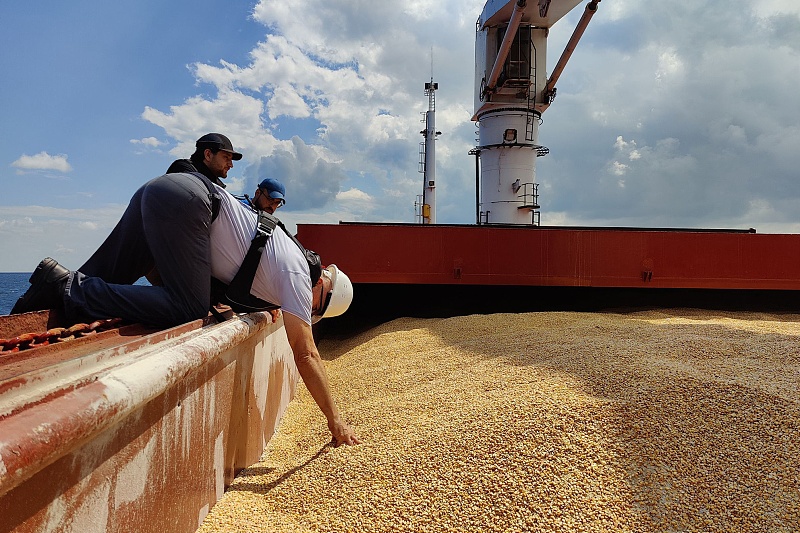 An inspection of the Sierra Leone-flagged Razoni dry cargo ship, departed from the port of Odessa on August 1, loaded with grain from Ukraine, off the Turkish coast, August 3, 2022. /CFP

An inspection of the Sierra Leone-flagged Razoni dry cargo ship, departed from the port of Odessa on August 1, loaded with grain from Ukraine, off the Turkish coast, August 3, 2022. /CFP

Two grain-loaded ships left Ukrainian Black Sea ports under a deal to unblock the country's exports on Monday, according to the Turkish Defense Ministry, taking the total to 10 since the first ship sailed last week.

The Sacura, which departed from Yuzni, is carrying 11,000 tonnes of soybeans to Italy, the ministry said, and the Arizona, which left Chernomorsk, is carrying 48,458 tonnes of corn to Iskenderun in southern Türkiye.

Separately, the Polarnet, which departed on Friday, reached its final destination in northwestern Turkey's Derince on Monday morning to be unloaded, marking the completion of the first shipment since the exports were re-launched.

"First vessel with Ukrainian grain has reached customers in Türkiye. This sends a message of hope to every family in the Middle East, Africa, and Asia: Ukraine won't abandon you," Ukrainian Foreign Minister Dmytro Kuleba tweeted on Monday.

So far, around 243,000 tonnes of corn has been exported from Ukraine on seven ships since the first departure on August 1, according to a Reuters tally of data from Türkiye's defense ministry.

The departures on Monday came after four more ships loaded with grain set off from Ukrainian ports on Sunday, the Mustafa Necati, the Star Helena, the Glory and the Riva Wind, with "almost 170,000 tonnes of agricultural products," said Ukraine's Infrastructure Minister Oleksandr Kubrakov.

The four ships that departed on Sunday will anchor in Istanbul this evening and be subject to inspection tomorrow, the Turkish Defense Ministry said.

Ukraine's infrastructure minister, Oleksandr Kubrakov, confirmed the two latest ships left on Monday, adding Pivdennyi, the third Ukrainian port included in the deal, was finally up and running as part of the initiative.

Kubrakov had said previously the opening of Pivdennyi would push Ukraine's total export capacity up to three million tonnes a month.

Before the Russia-Ukraine conflict, the two countries together accounted for nearly a third of global wheat exports.

The resumption of grain exports is being overseen by a Joint Coordination Center (JCC) in Istanbul where Russian, Ukrainian, Turkish and UN personnel are working.

The Razoni, which was the first ship to depart, was scheduled to arrive in Lebanon on Sunday but is currently at anchor off Turkey's southern coast, according to Refinitiv ship tracker data.

World food prices declined dramatically in July, according to the Rome-based United Nations Food and Agriculture Organization (FAO) on Friday.

The deal to allow grain shipments from Ukraine and adjustments to the global supply chain helped relieve some price pressure, it said.

The monthly index of food commodity prices fell 8.6 percent in July, its largest one-month fall since 2008, according to data released by the FAO.