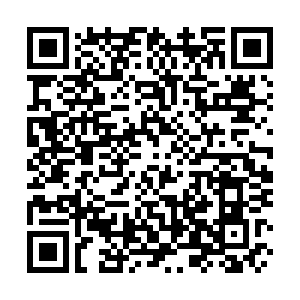 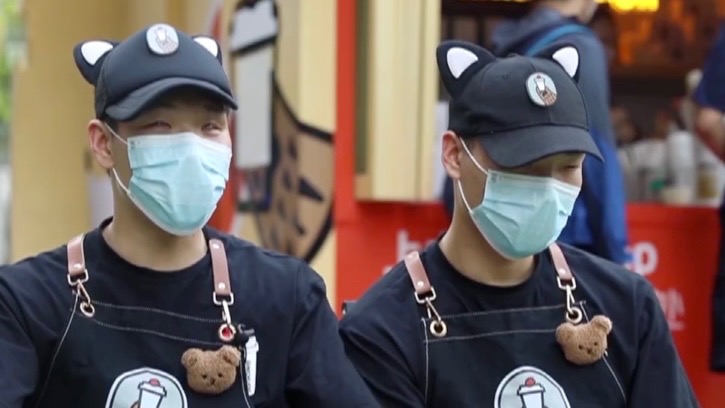 Born in 1999, Yin Tianbao and Yin Tianyou are twin brothers. Due to premature oxygen inhalation, retinal detachment resulted in the twin brothers' blindness. But after training for months, the twins have made coffee their career.

They said they had never thought they could become skilled at handling machines, much less a complicated coffee maker.

Using retrofitted coffee machines that enable the blind to use them, they are baristas at a popular cafe called Hinichijou in Shanghai's Pudong New Area.

Tianyou said the blind people usually turned to massage therapy jobs, or do customer services or audio post production. But the brothers were not interested in these at all.

Tianyou said coffee-making, however, opened up communication with his shy twin Tianbao.

"My brother Tianbao went to coffee training first. He's really shy and has never talked to me for two or three hours in more than 20 years except after his first coffee training. So I got curious and went to train too," said Tianyou.

Tianbao and Tianyou used a much longer time and more effort to learn how to make coffee. They also need to be familiar with all types of equipment in the cafe to make sure everything goes on well.

Their coffee-making moves may not be so smooth, but the twin brothers can make one cup of Americano or Latte within two minutes.

Coffee-making has also finally given the twins job opportunities too. Tianyou was working at a smartphone company in Shanghai, but Tianbao has never had a job after graduation.

Where the twins work at is Hinichijou's ninth branch in Shanghai, which opened in July.

Hinichijou is a coffee chain in Shanghai that first opened in 2020. It employs dozens of persons with disabilities as baristas - three are blind, and the others are hearing-impaired.

The coffee chain's founder Wang Tian said that providing jobs to the differently abled has been an initial intention for him.

"We want to help such persons get jobs or start their own businesses. We also urge other companies to focus on this special group and give them opportunities to be involved in society and find employment," Wang said.

Though Tianbao and Tianyou for now can only prepare simple coffee drinks, they are working hard to learn to make other drinks and are even studying coffee art.

It may take a longer time for them than other baristas. But they are determined, because they've got the right mindset.

"It's all about whether you can make this thing good or whether this is what you want to do. If the answer is yes, all the problems will not be problems at all," said Tianbao.

(Cover: The twin brothers work at their cafe in Shanghai, China. /CGTN)