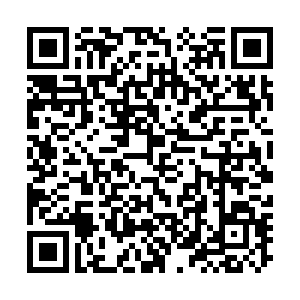 A spokesperson for the Taiwan Work Office of the Communist Party of China (CPC) Central Committee on Wednesday made remarks on a newly published white paper titled "The Taiwan Question and China's Reunification in the New Era."

The Chinese government published two previous white papers on Taiwan in August 1993 and February 2000. These two white papers provided a comprehensive and systematic explanation of the basic principles and policies regarding the resolution of the Taiwan question, said the spokesperson.

As China's national rejuvenation has become a historical inevitability, we now have better conditions, more confidence and greater capabilities to achieve national reunification. As China embarked on a new journey to build a modern socialist country in all respects, it is necessary to issue a new white paper on national reunification, said the spokesperson.

Summarizing the main contents of the white paper, the spokesperson said it cited a large number of facts in history and jurisprudence to show the indisputable and unalterable fact that Taiwan is part of China.

The white paper gave a systematic explanation of the CPC and the Chinese government's principles and policies in advancing national reunification in the new era, and portrayed the bright prospects after the peaceful reunification is achieved under "One Country, Two Systems."

The white paper also demonstrated our strong confidence toward complete national reunification, our resolute determination in fighting against separatist forces seeking "Taiwan independence" and external interference, as well as our original aspiration in safeguarding the well-being of people on both sides of the Taiwan Straits, said the spokesperson.

Under the current complex international and cross-strait situation, the release of the white paper is conducive to exposing the "Taiwan independence" separatist forces' collusion with external forces in making provocations, as well as their vicious words and deeds that attempt to undermine China's sovereignty and territorial integrity or stand in the way of its reunification, the spokesperson said.

The white paper conveyed the CPC and the Chinese government's willingness to continue to work with the greatest sincerity and utmost efforts to achieve peaceful reunification and win over the understanding and support of compatriots on both sides of the Straits, especially Taiwan compatriots, and the international community, said the spokesperson, adding that the white paper will help pool strength to advance national reunification.

Peaceful cross-strait reunification is of benefit not only to the Chinese nation but to all peoples and the international community as a whole. We hope Taiwan compatriots will stand on the right side of history, be proud of their Chinese identity, and fully consider the position and role of Taiwan in China's rejuvenation. We hope they will pursue the greater good of the nation, resolutely oppose separatism and any form of external interference, and make a positive contribution to the just cause of China's peaceful reunification, said the spokesperson.

The spokesperson expressed the hope that Hong Kong and Macao compatriots and overseas Chinese will remain committed and further contribute to the peaceful development of cross-strait relations and China's peaceful reunification.

The spokesperson also expressed the hope that the international community and all countries that have established diplomatic ties with China will abide by the one-China principle, properly handle Taiwan-related issues, develop a better understanding and give more support to the Chinese people for their just cause of opposing "Taiwan independence" separatist activities and striving for national reunification.