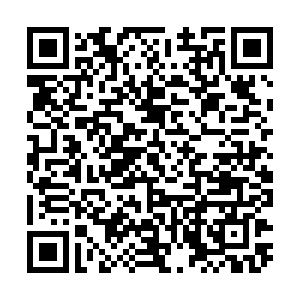 China on Wednesday said achieving national reunification by peaceful means is the first choice of the Communist Party of China (CPC) and the Chinese government in resolving the Taiwan question in a newly issued white paper.

The approach "best serves the interests of the Chinese nation as a whole, including the compatriots in Taiwan, and it works best for the long-term stability and development of China," said the document.

Once peaceful reunification is achieved under "One Country, Two Systems," Taiwan will have a vast space for development and enjoy a high degree of autonomy as a special administrative region, said the white paper, adding that peaceful cross-strait reunification is also conducive to peace and development in the Asia-Pacific and the wider world.

Titled "The Taiwan Question and China's Reunification in the New Era," the white paper is the third authoritative document China has issued on the Taiwan question. The first two were in August 1993 and February 2000, respectively.

Taiwan is part of China: an indisputable fact

The five-part white paper begins by reaffirming the fact that "Taiwan is part of China" as "indisputable."

The statement that Taiwan has belonged to China since ancient times has a sound basis in history and jurisprudence, said the white paper, citing a number of historical records and annals.

The UN General Assembly Resolution 2758 is a political document encapsulating the one-China principle whose legal authority leaves no room for doubt and is acknowledged worldwide, the white paper explained.

It added that the one-China principle represents the universal consensus of the international community and is consistent with the basic norms of international relations.

"We are one China, and Taiwan is part of China," read the white paper. "This is an indisputable fact supported by history and the law."

It reiterated that Taiwan has never been a state, that its status as part of China is unalterable and warned that any attempt to distort these facts and dispute or deny the one-China principle will end in failure.

Reunification: a process that cannot be halted

Under the guidance of the CPC, great progress has been made in cross-strait relations over the past seven decades, with increased exchanges, broader cooperation and closer interactions that have brought tangible benefits to people across the strait, especially in Taiwan, said the white paper.

For instance, the volume of cross-strait trade rose to $328.34 billion in 2021 from $46 million in 1978, up by a factor of more than 7,000. The mainland has been Taiwan's largest export market for the last 21 years and is also the largest destination for Taiwan's off-island investment.

The white paper also stated that the basic principles for resolving the Taiwan question and the best approach to realizing national reunification are peaceful reunification and "One Country, Two Systems."

The CPC has reiterated its firm upholding of these principles despite the recent provocations made by Taiwan authorities as well as certain politicians in the United States, Xin Ge, an associate professor at the School of Public Economics and Administration of Shanghai University of Finance and Economics, said in an opinion story on CGTN.

"This approach, grounded in democratic principles, remains the most inclusive peaceful solution to the Taiwan question," said Xin, echoing the white paper.

No separatism or external interference

The white paper also issued stern warnings against separatism and interference by external forces on the Taiwan question.

"Separatism will plunge Taiwan into the abyss and bring nothing but disaster to the island," it said, adding that the Chinese mainland will leave no room for separatist activities in any form.

It also accused some forces in the U.S. of making every effort to incite groups inside Taiwan to stir up trouble and use Taiwan as a pawn against China. "This has jeopardized peace and stability across the Taiwan Straits," it said.

The U.S. should abide by the one-China principle, deal with Taiwan-related issues in a prudent and proper manner, stand by its previous commitments, and stop supporting Taiwan separatists, warned the white paper.