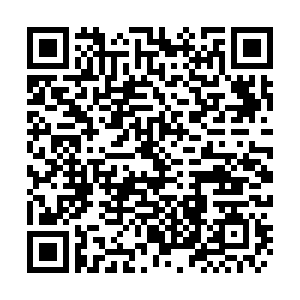 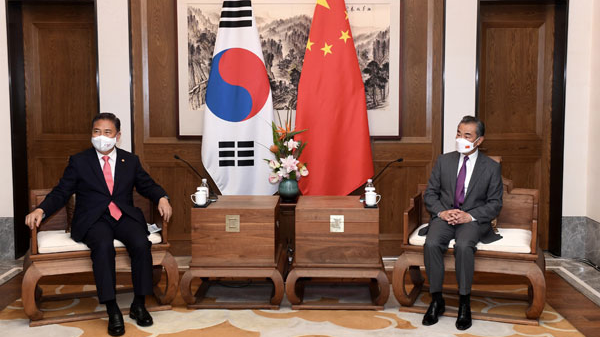 Editor's note: Emilia Fernandez, a security and political analyst with a focus on South Asian geopolitics, is a Ph.D. researcher at the University of Lucerne, Switzerland. The article reflects the author's views and not necessarily those of CGTN.

South Korean Foreign Minister Park Jin has been on a three-day visit to China, the first high-level official visit since President Yoon Suk-yeol took office. As China and the Republic of Korea are about to celebrate 30 years of diplomatic ties, Park's trip to China has gained considerable global attention. The trip comes at a momentous time when Washington, Seoul's close ally, sparked a recent crisis by a controversial trip to Taiwan by U.S. House Speaker Nancy Pelosi, and also a decision by Seoul to join a preliminary meeting of "Chip 4," a U.S.-backed alliance to create a semiconductor barrier against China. Considering the heightened military and political tensions in the region, Park's official tour clearly is a testament to the importance Seoul attaches to Sino-South Korean relations.

South Korea is one of the very few countries having a close alliance to the U.S. and also a long-standing historical connection with China, South Korea's largest trading partner. Because of this two-sided reality, Seoul has been struggling to strike a fine balance between China and the U.S. The recent provocative visit by Pelosi and the U.S.-led "Chip 4" initiative puts unprecedented pressure on Seoul by creating mistrust between Seoul and Beijing. Experts opine that Park is visiting China to minimize the misunderstanding created recently by these diplomatic blunders made by the U.S. Through his visit, the senior diplomat is expected to work to ensure better understanding between China and South Korea by minimizing misunderstanding, promoting strategic-level communication, addressing mutual concerns and expanding common interests.

If tensions between China and the U.S. over Taiwan continue to escalate, the pressure on Seoul to "pick a side" will be intensified further. Under such critical circumstances, it is natural that Seoul has been cautious about Pelosi's trip. And this is why neither the South Korean president nor the foreign minister met Pelosi during her troublesome tour. It is worth noting that President Yoon was the only leader of a country who snubbed Pelosi during her Asia trip, citing "staycation" as the reason. Apparently, Seoul understands very well that the peace, prosperity, stability and security of the region do not hinge on the U.S. but on good relations with its neighbors. In addition, South Korea needs to be on good terms with China to ease tensions on the Korean Peninsula. Seoul has been striving to tackle this complex situation tactfully, which is reflected in its recent decisions. 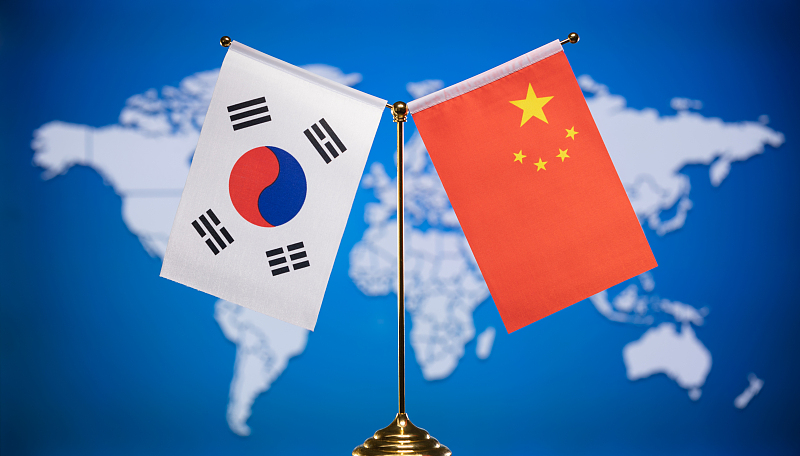 Interestingly, South Korea has expressed its intent to join a preliminary meeting of "Chip 4," a U.S.-led semiconductor alliance to isolate China's chip market, on the same day Park kicked off his China visit. This transmitted a signal of Seoul's political dilemma in the face of increased pressure from Washington. South Korea decided to join the meeting as it does not want to hurt its ties with the U.S. by directly refusing to join the alliance. Understandably, Seoul will not make any decision that will provoke China, a market for nearly 60 percent of South Korea's semiconductors.

From an industry standpoint, if South Korea decides to cut chip business ties with China, this will prompt China to start chip manufacturing. Speeding up technological advancement in chip production might help China not only in meeting local demand but also in flooding the South Korean market with affordable chips, which has already happened previously in the cases of home appliances and cars. Moreover, any friction in the chip business will adversely affect the manufacturing and exports of other products from South Korea as its market is closely intertwined with China.

As this quadrilateral group aims at countering China's influence in the global supply chain, South Korea should deal with this anti-China platform carefully. Such a biased policy initiative may lead to a "new trade war" where the Asian community will suffer directly. Any unwise decision in this case will directly hurt the economic interests of South Korea, putting its ties with China at a critical juncture. Both countries should use this visit to discuss and devise ways to address China's concerns.

Moreover, there are a series of thorny issues creating uncertainties and damaging the friendly relations between China and South Korea that deserve in-depth discussion. One such issue is the deployment of the THAAD U.S. missile defense system stationed in South Korea and its future cooperation with the U.S. in deploying more missiles in the region. After a five hour-long meeting with his Chinese counterpart Wang Yi, Park said that Beijing's demand regarding the U.S. anti-missile system, upholding the "Three Nos Policy" of the Moon Administration, is not a part of any bilateral agreement. But as this issue has become a major security concern for China and been intensifying tensions on the Korean Peninsula, Seoul should consider this legitimate concern seriously and strive to resolve it with pragmatic steps. As both parties exchanged in-depth views with clear explanations of their respective positions during the meeting, it is hoped that the THAAD issue will no longer be a stumbling block in taking their relations to new heights.

In sum, Park's visit to China, amid soaring geopolitical tension over the Taiwan question, conveyed a subtle message to the U.S. that South Korea has common interests with China and it treats China as a separate bloc in this multipolar world, which is undoubtedly a deft diplomatic move by Seoul. Certainly, this positive and productive visit will contribute to enhancing economic cooperation, strengthening in-depth communication, boosting bilateral trade and investment, stabilizing global supply chains and promoting existing stable trends in bilateral bonding.