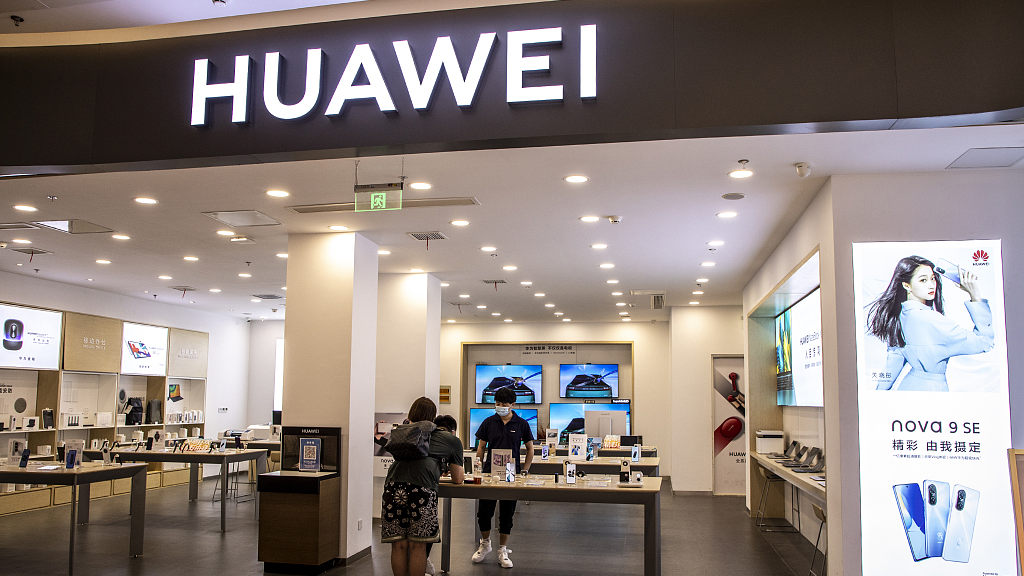 Chinese tech giant Huawei posted an overall revenue of 301.6 billion yuan ($44.78 billion) for the first half of 2022, the company said in a statement on Friday.

According to CGTN's calculations, the figure was down 5.9 percent year on year.

In the first six months of this year, the Shenzhen-based firm's net profit margin was 5 percent, down from 9.8 percent in the same period last year.

Despite declines in revenue and profit margin, Huawei said overall results were "in line with expectations."

"Although the terminal business has been greatly affected, the ICT (information and communications technology) infrastructure business has maintained steady growth," said Hu Houkun, Huawei's rotating chairman, in the statement on its official website.

"We will actively seize the development trends of digitalization and low carbonization and achieve quality development by creating value for customers and partners."

Amid an ongoing COVID-19 crisis, worldwide smartphone shipments fell 11 percent in the first quarter and 9 percent in the second, according to market analysis firm Canalys.

Huawei said there is no further comment on its first-half performance when contacted by CGTN.

Since 2019, the telecoms giant has been embroiled in the U.S.-China trade war as the administration led by former U.S. President Donald Trump took several steps to strangle the company, citing "national security risks."

Even though no proof of spying has been provided by the U.S., the superpower has imposed sanctions against Huawei, cutting off its access to some microchips crucial to its operations, and blocking the company from using Google's Android operating system.

Last year, Huawei saw its first yearly revenue decline since 2009, when the non-listed company started unveiling earnings. However, it also reported a record year-on-year profit growth of about 76 percent in 2021.