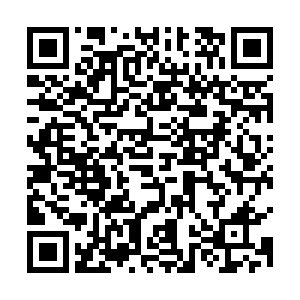 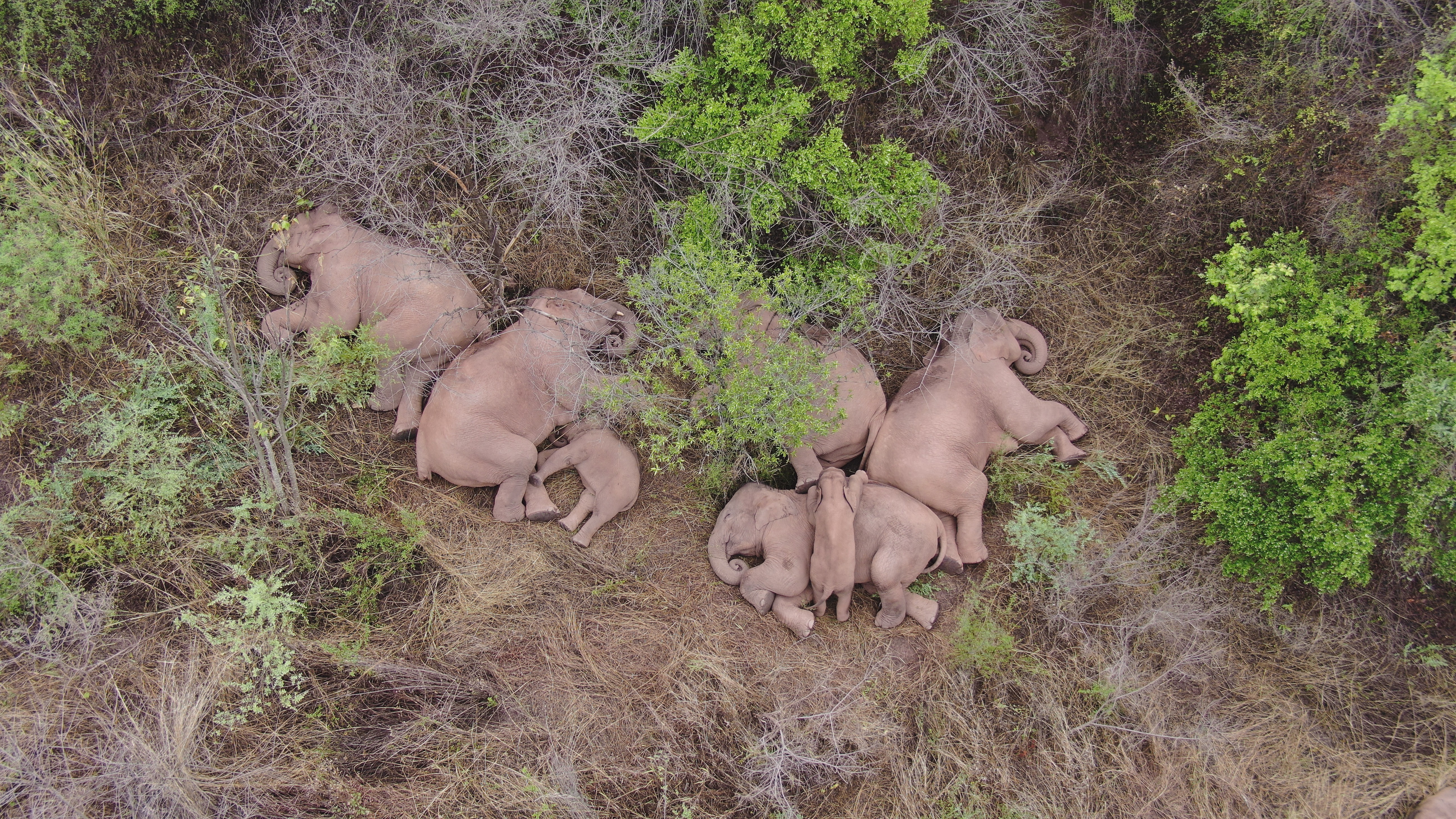 Editor's note: August 12 marks World Elephant Day, fittingly arriving in 2022 a year after the climax of an extraordinary journey of these giant creatures that captured the world's attention. CGTN's Yang Jinghao went back to visit the herd, which became a global sensation, to see how they are doing and what authorities have learned from the 18-month adventure.

It has been a year since a herd of Asian elephants returned to their natural habitat following an extraordinary journey in southwest China. People are still fascinated by the epic adventure, which prompted authorities to take active measures to better protect the species.

In the spring of 2020, the herd of 18 set out from the rainforests they had long inhabited in Xishuangbanna, the southernmost prefecture of Yunnan Province. They trekked all the way north to the provincial capital, Kunming. 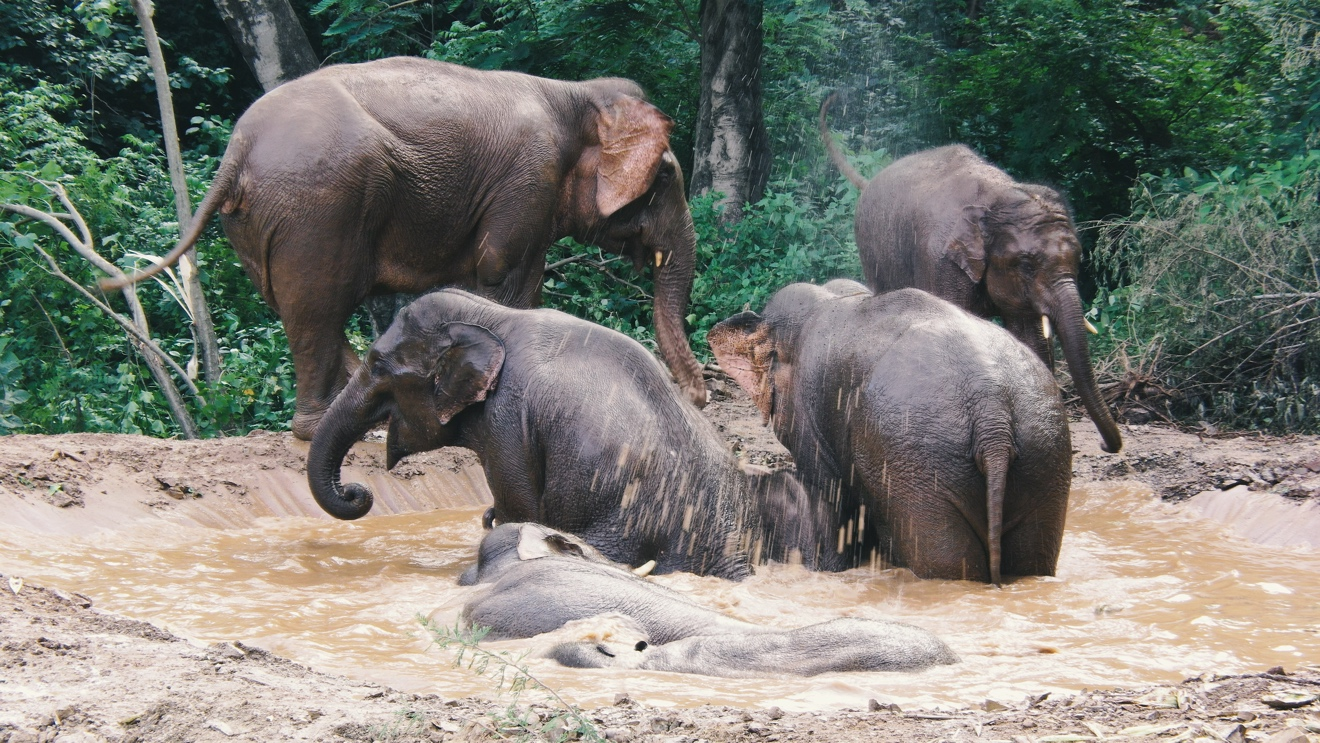 The migrating herd of elephants play in a pond during their journey./ Photo by Shen Qingzhong

The migrating herd of elephants play in a pond during their journey./ Photo by Shen Qingzhong

The latest surveillance shows that the animals live healthily in their original habitat. A new calf was born soon after they returned home.

"The newborn elephant is learning new skills, such as foraging and playing in the water, accompanied by her mother. She looks lively and lovely," said Chen Fei, director of the Asian Elephant Research Center, a Yunnan-based organ under the National Forestry and Grassland Bureau.

A year on, the front-page story is still remembered by the public, as is shown in an exhibition underway at the Yunnan Provincial Museum, which displays more than 100 pictures captured during a special mission to guard these forest giants.

"They are so cute. I like the picture which shows the family sleeping together the most. It looks so heartwarming," Yang Bo, a museum visitor, told CGTN. "I hope they will live in their natural habitat happily without any disturbance." 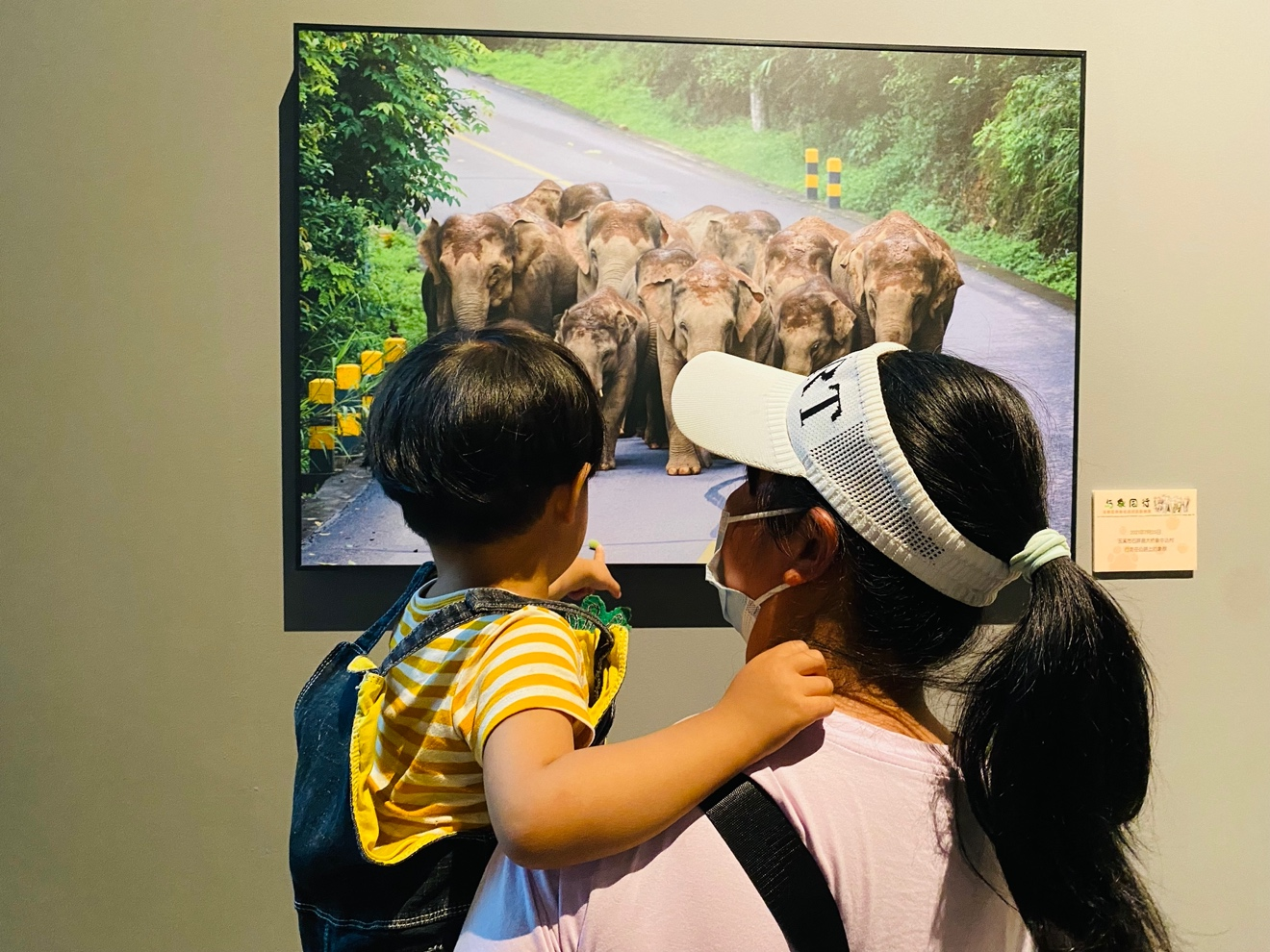 Visitors look at a picture about the migrating herd shown at Yunnan Provincial Museum. /CGTN

Visitors look at a picture about the migrating herd shown at Yunnan Provincial Museum. /CGTN

Behind these images are a group of forest firemen, who guarded the giants all the way until they returned home safe and sound.

Over four months, they conducted round-the-clock monitoring, securing the safety of both the jumbo mammals and the residents they encountered along their journey.

"It's great honor for us to participate in the search and monitoring mission, which makes more people learn about the other side of elephant –being adorable and naughty, and realize that humans and nature can get along well with each other," said Zhang Fanbing from the Yunnan Forest Fire Brigade.

It was a special time for the team, and one they want to remember. They have created a special space in their office building to display proudly the pictures they took, as well as other cultural products made by artists from nationwide.

"This is a temporary exhibition room in memory of the special mission. Next, we will expand it into a base for ecological education with more exhibits," Zhang told CGTN. "Our task to search and monitor the migrating herd is over, but the undertaking to protect elephants and protect biodiversity should be pushed ahead." 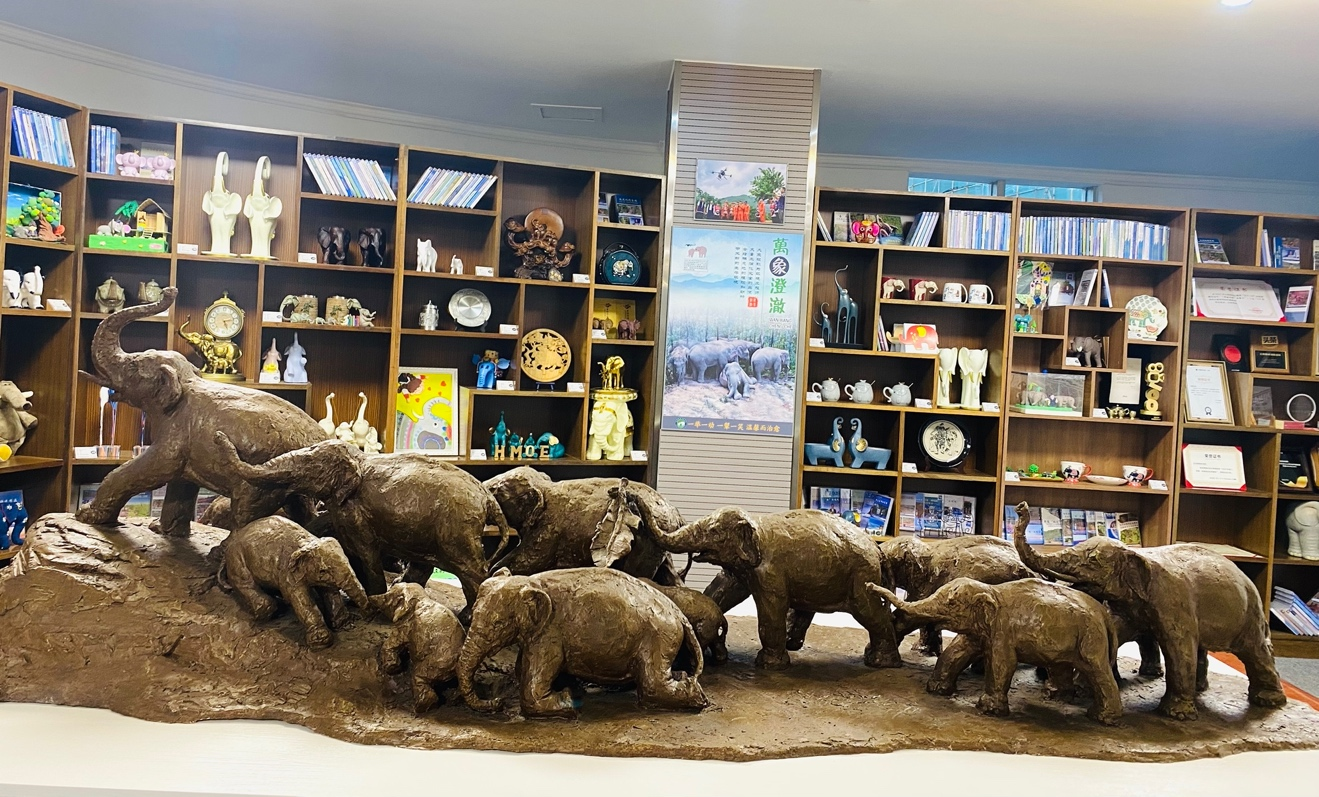 The rare trekking has also prompted further conservation efforts from the government. In China, elephants inhabit three areas of Yunnan – Xishuangbanna, Pu'er and Lincang. Local authorities are expanding the cultivation of crops favored by the elephants, such as corn and plantains, which are dubbed "elephant canteens."

Zhou Zhitao, an official with Pu'er Forestry and Grassland Bureau, said officials have added 467 hectares of these favorites, mainly in areas frequented by elephants.

"The move aims to distract them from villagers' farmlands and homes. It proves helpful to prevent conflict between humans and elephants," Zhou said. 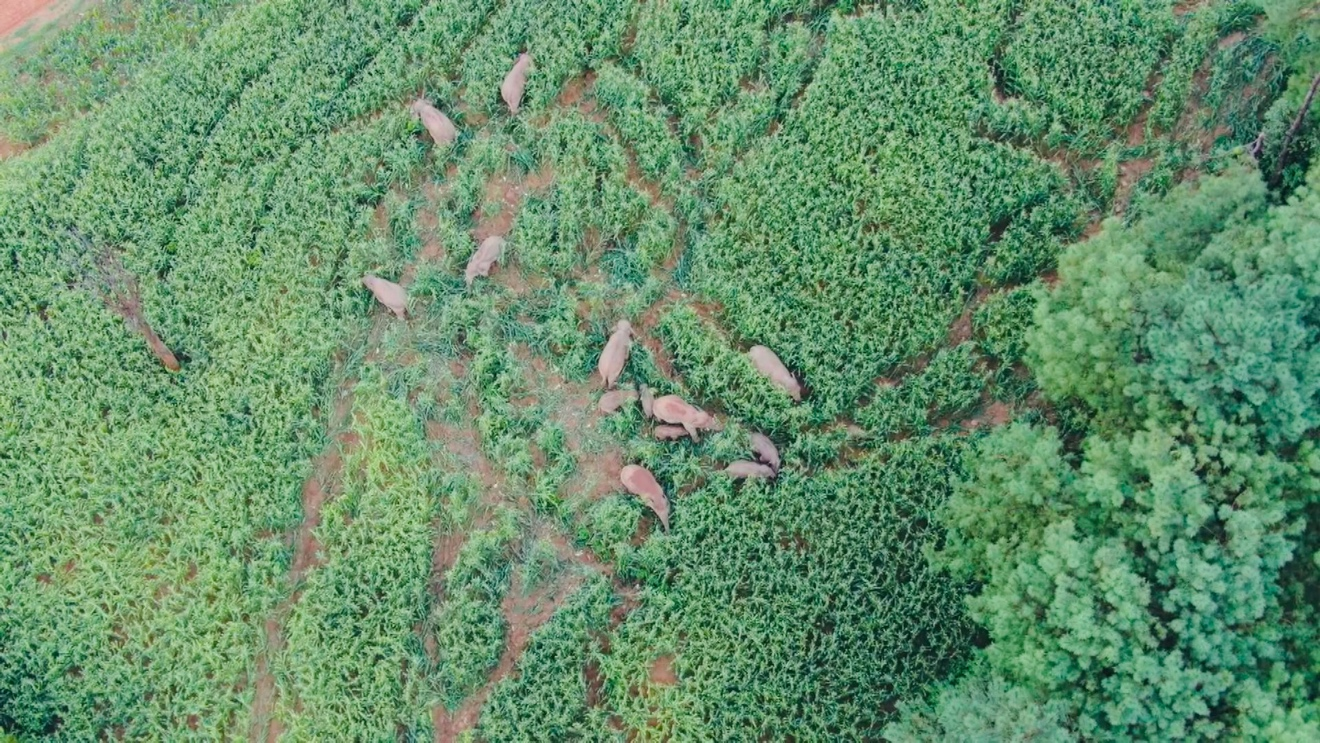 A group of elephants forage in a corn field in Pu'er City. /CGTN

A group of elephants forage in a corn field in Pu'er City. /CGTN

The government is also stepping up efforts for the establishment of a national park for Asian elephants and has carried out a special investigation to determine the best course of action.

Experts say this initiative can provide the species with a larger and more integrated habitat, which would also be conducive to protecting the tropical rainforests.

"The purpose is not to separate elephants from humans completely," said Chen Fei. "With implementation of related policies and more investment, local residents are expected to join the conservation undertaking in a more active and scientific manner, which will finally promote harmonious co-existence between the two."

(Cover photo: The migrating herd of elephants rest in a forested area during their journey. /Shen Qingzhong)