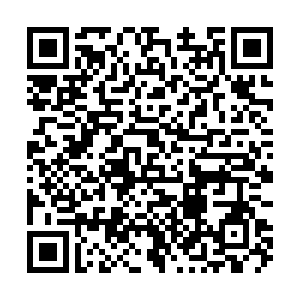 Increased trade and exchanges between Taiwan and the Chinese mainland have brought tangible benefits to people from both sides of the Taiwan Straits, especially those from Taiwan, and this fully demonstrates that cross-strait amity and cooperation are mutually beneficial, according to a white paper released on Wednesday.

The Chinese mainland is Taiwan's largest export market, as well as the largest destination for Taiwan's off-island investment, said the white paper titled "The Taiwan Question and China's Reunification in the New Era." It was released by the Taiwan Affairs Office of the State Council and the State Council Information Office.

The white paper said that as more and more compatriots from Taiwan, especially young people, pursue their studies, start businesses, seek jobs, or go to live on the Chinese mainland, cross-strait exchanges, interaction and integration are intensified in all sectors, leading cross-strait relations towards reunification.

A large trade surplus for Taiwan 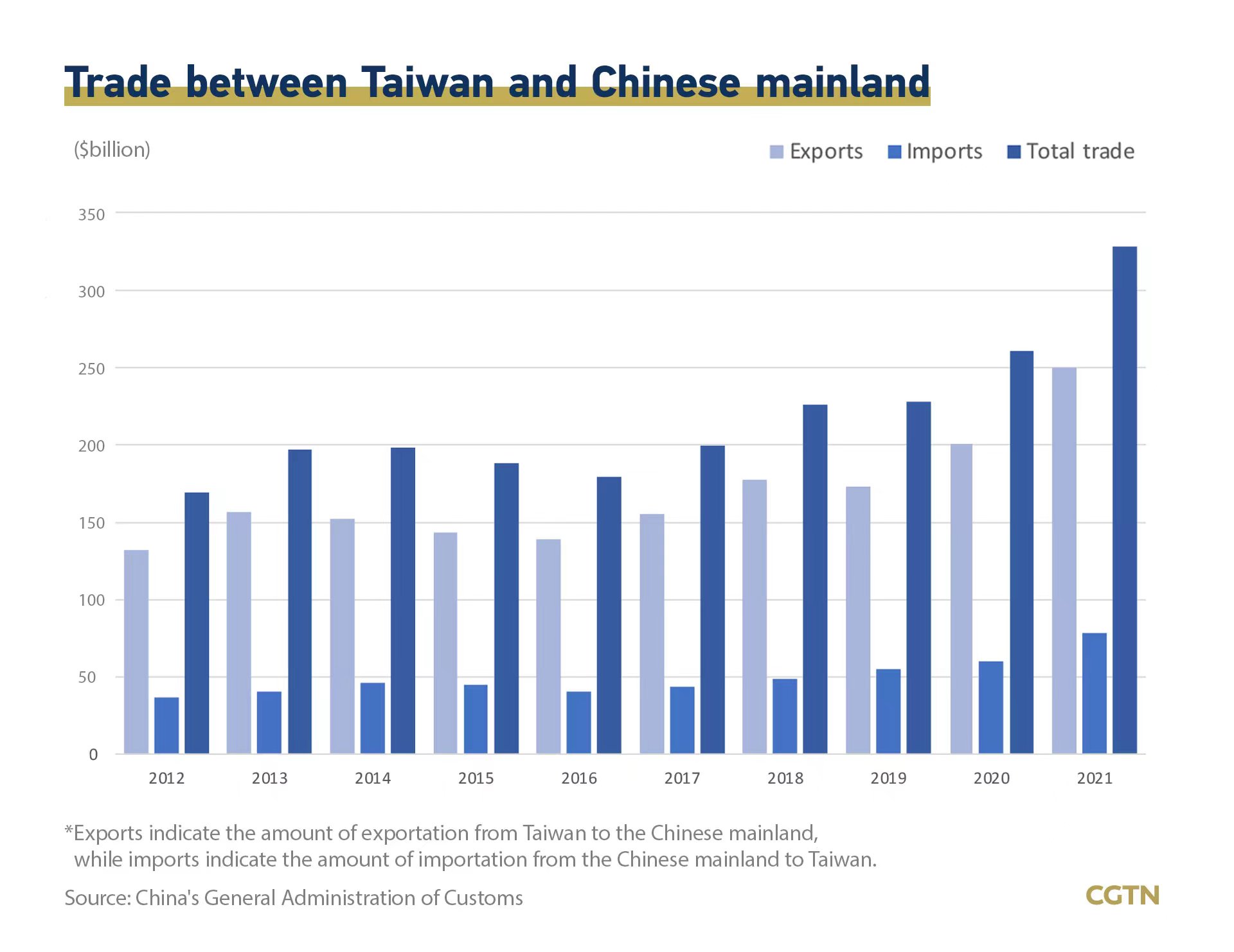 "The mainland has been Taiwan's largest export market for the last 21 years, generating a large annual surplus for the island," the white paper noted. It said that the volume of cross-strait trade rose to $328.34 billion in 2021 from only $46 million in 1978, up by a factor of over 7,000. 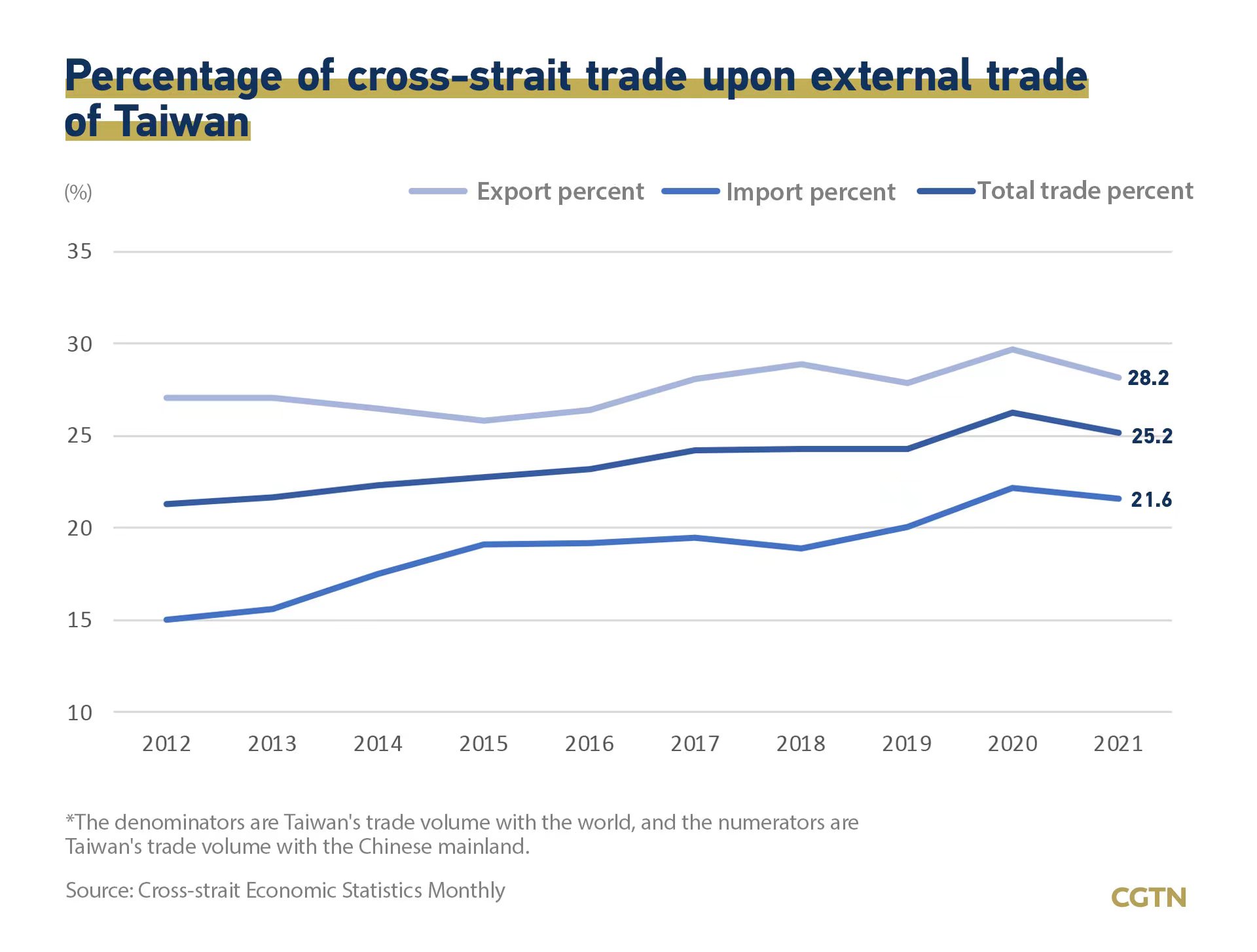 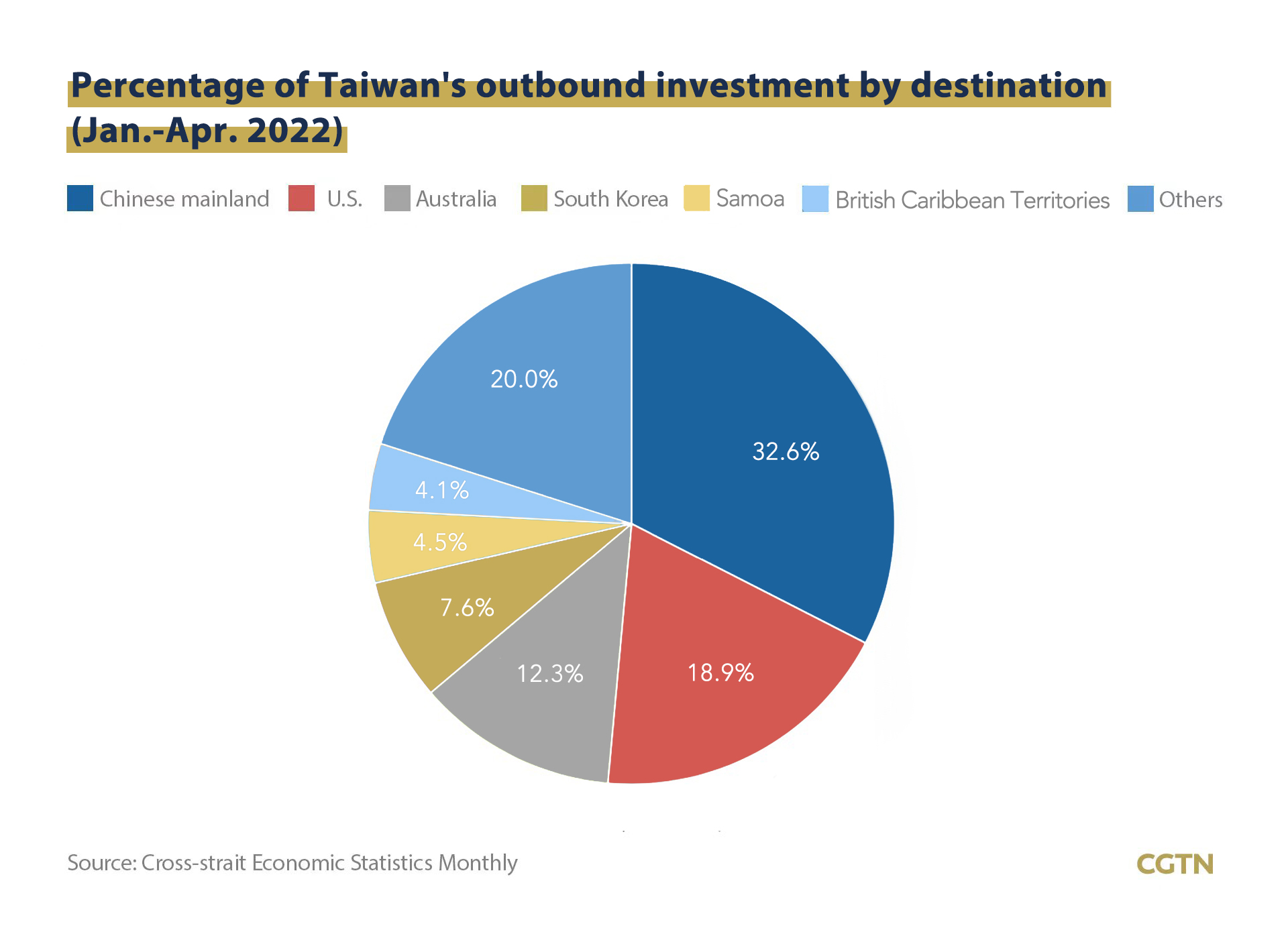 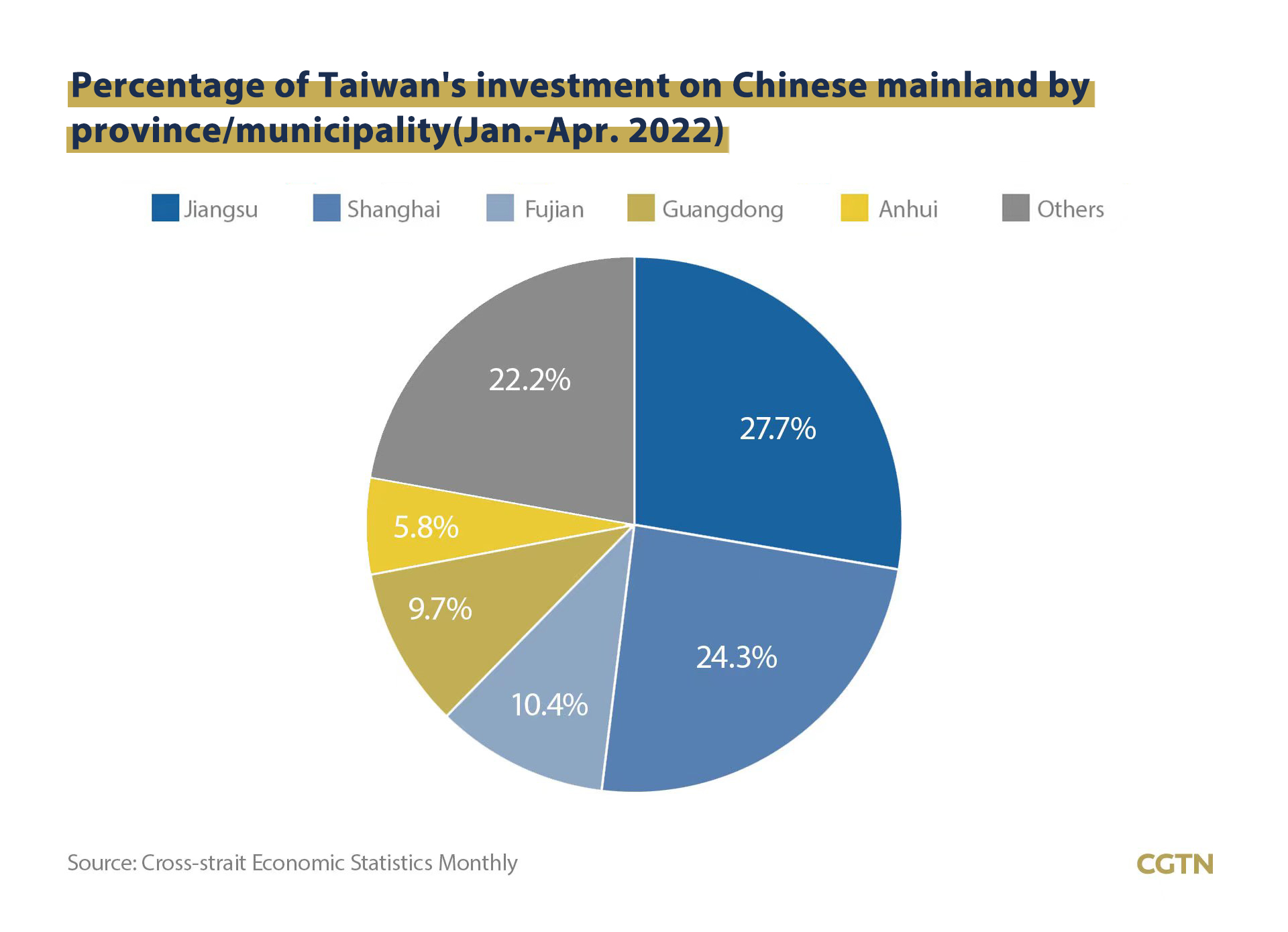 Taiwan's investment on the Chinese mainland mainly went to Jiangsu, Shanghai, Fujian, Guangdong and other areas. 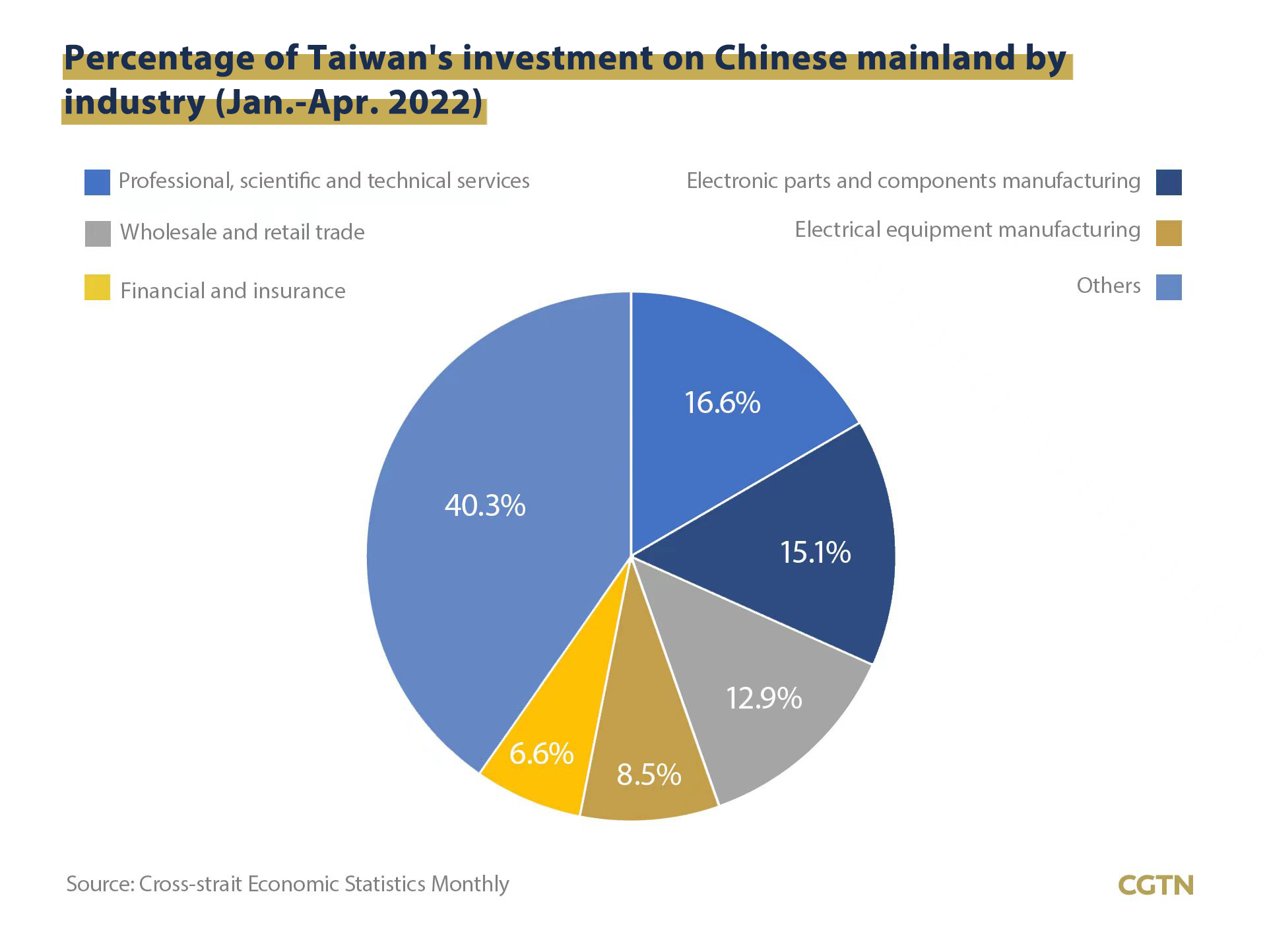 The investment was mostly related to professional, scientific and technical services with a share of 16.6 percent.

More visits to Taiwan for tourism

In 1987, less than 50,000 visits were made between the two sides across the Taiwan Straits, while this number soared to about nine million in 2019, according to the white paper.

However, the number of visitors has plunged in recent years due to the impact of COVID-19. In January-April 2022, there were 4,400 visitors from the Chinese mainland to Taiwan.

"China's development and progress, and in particular the steady increases in its economic power, technological strength, and national defense capabilities, are an effective curb against separatist activities and interference from external forces. They also provide broad space and great opportunities for cross-strait exchanges and cooperation," the white paper said.

Graphics: Taiwan is part of China, a fact supported by history and law

Full Text: The Taiwan Question and China's Reunification in the New Era

(Graphics made by Xing Cheng)