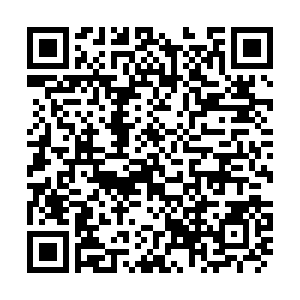 Iran has given a written response to the European Union on the latest draft of a potential agreement to revive a 2015 nuclear deal, saying that an agreement could be reached if the U.S. showed "realism and flexibility," IRNA news agency reported Tuesday.

The report did not elaborate on Tehran's response, but said following months of intensive negotiations in Vienna and Doha on the revival of the Joint Comprehensive Plan of Action (JCPOA), the final agreement was within reach if the United States could acquiesce to the obligations of a "lasting and reliable" agreement.

As implied by the Iranian negotiating team's positions, the main differences between the sides are on three remaining issues, the report noted.

IRNA said the United States has vowed only verbally to show flexibility over two of the issues, but Washington's pledges need to be included in the text of the agreement in writing.

It said the resolution of the third issue that pertains to providing guarantees for continued commitment to the implementation of the JCPOA hinges on the U.S.'s "realism" and its will to meet Tehran's demands.

The report added that Iran's Supreme National Security Council convened on Monday evening, discussing the issue in detail. The council made a decision on Iran's stance on the EU's proposed draft.

The EU later confirmed that it was "studying" Iran's reply to the proposed draft agreement, which was received late Monday.

"We are studying it and are consulting with the other JCPOA participants and the U.S. on the way ahead," a spokesperson for EU diplomacy chief Josep Borrell, who coordinated talks to bring Iran and the U.S. back into the deal, said on Tuesday.

Iranian Foreign Minister Hossein Amir-Abdollahian said on Monday that an agreement on the JCPOA's revival is possible in the coming days if the United States shows flexibility in providing guarantees over Iran's demands, Fars news agency reported.

The latest round of nuclear talks was held in the Austrian capital in early August after a five-month hiatus. On August 8, the European Union put forward a "final text" of the draft decision on reviving the nuclear deal, awaiting political decisions from participants of the Vienna talks.