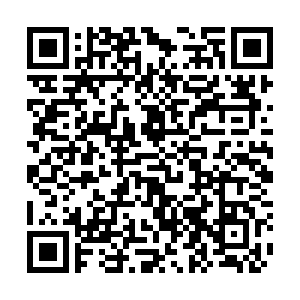 Some new treasures have been unearthed from the No. 8 pit of  China's ancient ruins site Sanxingdui in southwest China's Sichuan Province.

Up to now, the archaeological excavation of No. 7 pit and No. 8 of Sanxingdui has come to an end, but Sanxingdui has brought new surprises to the world. 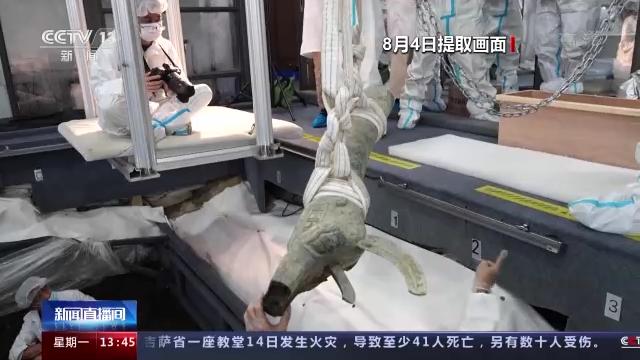 A "Pig Nose Dragon Shaped Ware" was discovered during the latest excavation work at the site.

Zhao Hao, a team member of the No. 8 pit's excavation, said the "Pig-nosed Dragon" is an artifact that has never been seen before in Sanxingdui and is quite large in size as the current measurement is about 1.3 meters. 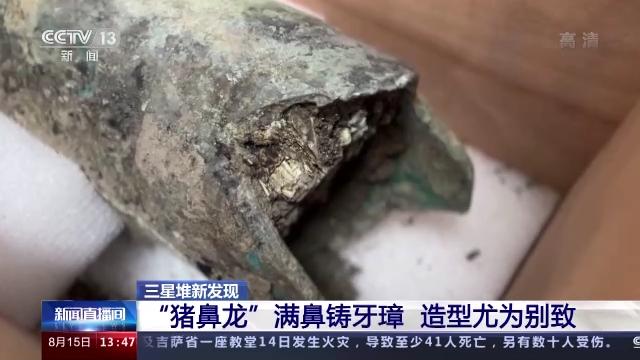 The hollow "Pig-nosed Dragon," is only about three millimeters thick, has an opening at the end, and have artificially left nail holes at both ends of the opening. According to archaeologists, the "Pig-nosed Dragon" may be a building component with cylindrical wooden pillars that were used to shape the dragon's body, and copper nails that are used to connect them.

Archaeologists found a "Four-winged Legendary Creature" on the top of the lid of a bronze Zun (a bronze Chinese wine vessel used in rituals) in No. 8 pit, making this the first winged beast found in Sanxingdui.

The hollowed-out standing beast lid was revealed after the extraction of a bronze Lei (a large earthenware wine jar) stacked on top of the removed bronze Zun's lid. A palm-sized bronze man standing on his hands holds up a platform, and the platform holds up the "four-winged legendary creature." 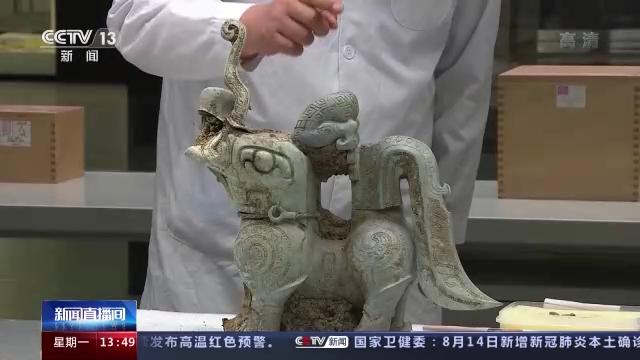 The four-winged creature has a rounded head like that of a tiger and a mouth full of sharp teeth. The other Sanxingdui legendary creatures are broad-mouthed pig snouts and do not show teeth.

"On the back of the legendary creature, we can see that it is also carrying something that initially appears to be a model of a tree, the roots of which seem to be partially exposed," said Zhao. 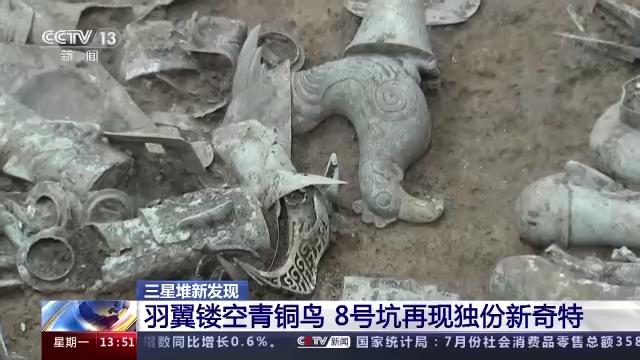 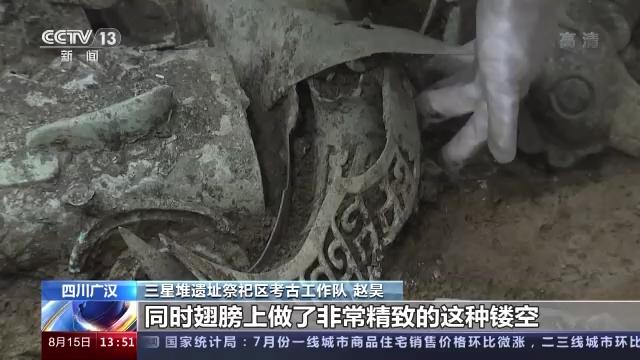 Details of the delicate hollow wings of the bronze bird. /CMG

Details of the delicate hollow wings of the bronze bird. /CMG

The extraction work of No. 8 pit is expected to be completed between late September and early October, and the next stage will be laboratory research and cultural relics restoration.