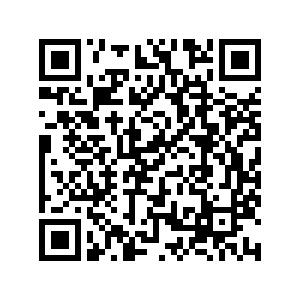 Southeast China's Fujian Province has a time-honored connection with Taiwan island. After the Qing Dynasty (1644-1911) set up a prefecture-level administration in Taiwan under Fujian's jurisdiction in the late 17th century, a large number of people left the mainland to settle on the island. And with them they carried their family traditions, culture and even the names of their villages.

Zhang Wenzong is the secretary-general of the Zhang Clan Association in Banqiao Village in Xiamen, a coastal city in Fujian. In an interview with CGTN, he explained the importance of an ancestral hall in the village that is the spiritual center for nearly 20,000 clan members split evenly between the mainland and Taiwan. He said some of the plaques there have been sent over from Taiwan, marking their ancestors' legacy.

"On the 16th day of the first lunar month, we worship our ancestors. Those in Taiwan would send representatives to attend. We told them, you don't have to do this. But they said, this is for our ancestors, we should have someone to attend and worship them," Zhang said.

Those clan members in Taiwan migrated to the island about 300 years ago. They settled in a community also named Banqiao, in what is now New Taipei City in northern Taiwan. CGTN talked to one of the clan members via video call.

"I often say that our ancestors came from the mainland. Since we connected about 30 years ago, we've maintained a close relationship with clan members. We've been very close, closer than my brothers," explained Chang Jin Feng, founding chairman of the Chang Liao Jane Clan Association in Banqiao District of New Taipei City.

It is believed that about 80 percent of people in Taiwan originate from Fujian. After they settled down on the island, they passed on their unique cultures and traditions. There are more than 2,000 villages and communities in Taiwan that share the same name with places on the mainland.

In 2013, the mainland launched an annual event to mark this special connection. Clan members on both sides of the Taiwan Straits are invited to share their family stories. They are also encouraged to join exchange visits to strengthen the bond.

Zhang Jingqiu, president of the Xiamen Federation of Taiwan Compatriots, told CGTN that "the concept of native land is not an empty word."

"It is engraved in the ancestral tablets and the hearts of members of the same clan. Many deities worshiped in temples of Taiwan were actually brought here from southern Fujian. The folk arts popular in Taiwan, like nanyin, and the dragon and lion dance, all reflect the same roots and origin of the two sides."

Developed in Fujian over a thousand years ago, nanyin is a musical performing art performed at weddings, funerals, and ancestral worship ceremonies. It was added to the UNESCO Representative List of the Intangible Cultural Heritage of Humanity as ancient folk art in 2009. The art has always had deep roots in Banqiao, and people have been working to pass it down to the younger generation.

As time passes by, the original Banqiao Village in Xiamen has expanded into two dozen separate ones. Settled in an industrial zone, the clan members have seen their living standards rise over the years.

"It's best if the motherland can be reunified peacefully. In fact, Taiwan people like this way more than we do. Who doesn't like a good life? They see what the mainland has achieved so far, and they know it clearly," Zhang Wenzong said.