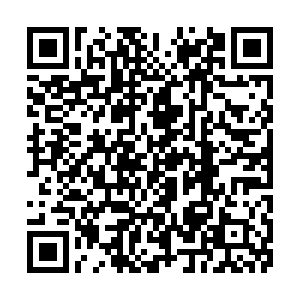 Due to the tight power supply, the naked-eye 3D screen outside a building on Chunxi Road, the commercial hub of southwest China's Chengdu City, Sichuan Province, is turned off in the evening, August 17, 2022./CFP

Due to the tight power supply, the naked-eye 3D screen outside a building on Chunxi Road, the commercial hub of southwest China's Chengdu City, Sichuan Province, is turned off in the evening, August 17, 2022./CFP

Southwest China's Sichuan Province has rolled out a number of measures to optimize power rationing and ensure energy supply to local residents amid a power crunch caused by the worst heat wave in 60 years.

Factories are advised to operate from 22:00 to 10:00 the next day, or the electricity consumption trough, in order to relieve the pressure on power grid during the peak hours.

Firms proactively avoiding production during peak hours will receive a subsidy from the power suppliers.

So far, a total of 4,493 enterprises in Sichuan have signed agreements with power supply companies on staggered production activities, which has resulted in an average daily load drop of 2.116 million kilowatts (KWs).

Also, high energy-consuming enterprises had been ordered to stop production from August 14 to 20, so as to ensure that sufficient electricity is available for the residential use of the province's 83 million people.

Sichuan, which relies on hydropower for 80 percent of its power needs, has suffered high temperatures and drought unseen in 60 years and seen its hydropower generation capacity drop by more than 50 percent this year, Zhou Jian, deputy chief engineer of the Sichuan Electric Power Control Center of the State Grid, told China Media Group (CMG).

Meanwhile, the scorching high temperatures this summer, usually above 40 degrees Celsius, have pushed up the electricity demand to record levels as people relied on air conditioners to escape the sweltering heat.

Since the beginning of August, the maximum electricity load in Sichuan Province was expected to increase by 25 percent compared with that of the same period last year, CMG reported.

Similar measures have been taken in the nearby Chongqing Municipality, whose temperature hit a record high of 45 degrees Celsius on Thursday.

Local authorities ordered some factories to suspend operations for a week from August 17 to August 24 to "leave electricity to the people."

More than 150 workers from the local power company inspect power cables in the underground tunnels every day to ensure a steady power supply, CMG reported.

Strongest heatwave in China since 1961

Chinese meteorologists believe the summer in 2022 has witnessed the strongest heatwave since the country started meteorological observations in 1961, considering its intensity, duration and areas impacted, CMG reported on Wednesday.

The heatwave started on June 13 and lasted for 64 days as of Monday, with 262 weather stations recording extreme high temperatures, exceeding that of 187 stations in 2013.

China's National Meteorological Center (NMC) on Thursday renewed a red alert for high temperatures, the most severe warning in its four-tier weather warning system. It's the seventh day in a row that a red alert was issued.

According to the NMC, there will still be persistent high temperatures for seven to 10 days in several regions across the country, including Sichuan.