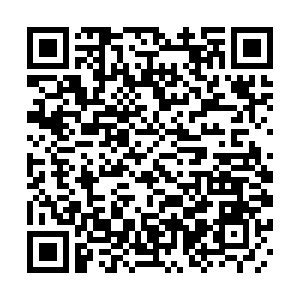 During the talks, Wang elaborated on China's position on the Taiwan question, and made it clear that the "Taiwan independence" forces have repeatedly changed the status quo in the Taiwan Straits and hollowed out the one-China principle, seriously jeopardizing the peace and stability across the Taiwan Straits.

When it comes to national sovereignty and territorial integrity, there is no room for any country to back down, he said. "It is only natural for China to take action to defend its legitimate rights and prevent a bigger crisis from happening."

Bonne, for his part, said that France always abides by the one-China policy and respects China's sovereignty and territorial integrity.

Like China, France opposes the Cold War mentality and bloc confrontation, he noted, adding that France hopes to join hands with China to cope with the current international and regional crises and send a positive message of solidarity to the world.

Wang said that under the current circumstances, China-France relations have made steady and new progress, which is of great exemplary significance.

Noting that China and France are both major countries with a tradition of independence, Wang said that the more complex the international situation becomes, the more important it is for the two countries to shoulder the international responsibility of safeguarding world peace and promoting common development.

Wang called on the two sides to act in the spirit of mutual respect to take good care of each other's core interests and actively promote close cooperation in such fields as aerospace, civil nuclear energy and agriculture.

In the run-up to the 60th anniversary of the establishment of China-France diplomatic relations in 2024 and the 2024 Paris Olympic Games, the two countries should make good plans for people-to-people and cultural exchanges and cooperation through the high-level people-to-people and cultural exchanges mechanism and give full play to the due roles of the two major countries both rich in culture, Wang said.

Bonne said, France always attaches great importance to developing the France-China comprehensive strategic partnership and is ready to work with China to build a dynamic, constructive and strong bilateral relationship.

He added that the two sides should step up high-level dialogue and exchanges, deepen practical cooperation in such fields as economy and trade, science and technology, people-to-people exchanges and culture, and jointly address global challenges such as climate change and food security.