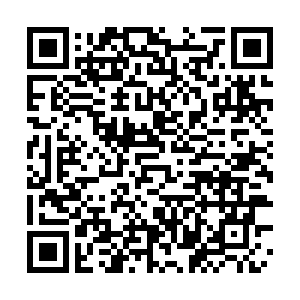 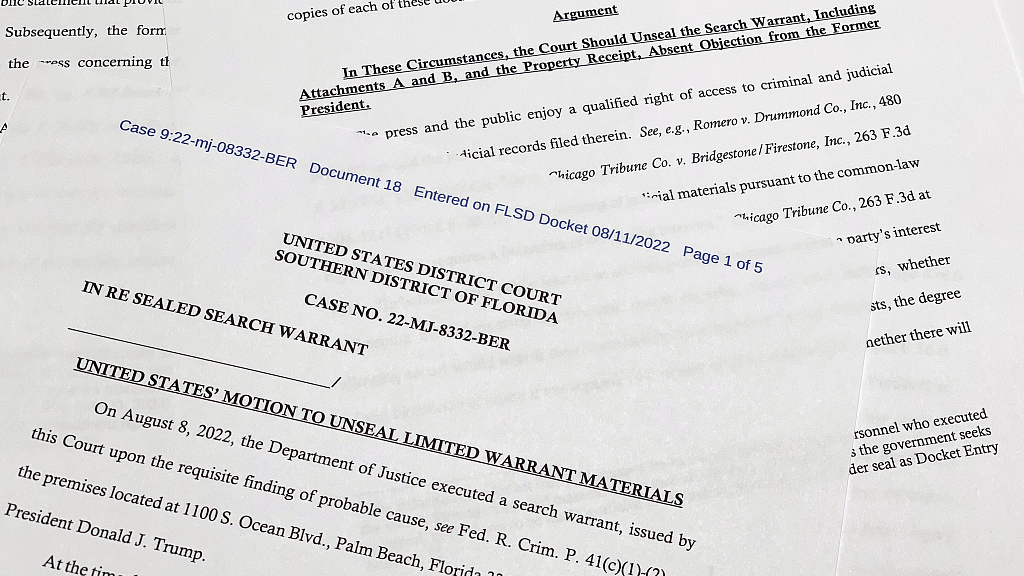 The motion by the Justice Department to the U.S. District Court South District of Florida to unseal the search warrant the FBI received before searching the Florida estate of former U.S. President Donald Trump is photographed, August 11, 2022. /CFP

The motion by the Justice Department to the U.S. District Court South District of Florida to unseal the search warrant the FBI received before searching the Florida estate of former U.S. President Donald Trump is photographed, August 11, 2022. /CFP

U.S. Magistrate Judge Bruce Reinhart said on Thursday that he is leaning toward releasing some of the evidence presented by the Department of Justice (DOJ) to justify its search of Donald Trump's Mar-a-Lago resort last week, in a case pitting news organizations against federal prosecutors.

Despite DOJ objections, Reinhart said he believes "there are portions of the affidavit that could be unsealed," referring to the sworn statement laying out the evidence for probable cause to search Trump's Florida residence.

He ordered the Justice Department to file a redacted version of the affidavit under seal by noon next Thursday, but said prosecutors will be given the opportunity to appeal if they don't agree with his proposed version.

The search marked a significant escalation in one of the many federal and state investigations Trump is facing from his time in office and in private business. The Republican former president has suggested he might run for the White House again in 2024, but has not made any commitment.

The Justice Department opposes the release of the Mar-a-Lago affidavit, even in redacted form.

Jay Bratt, the head of the department's counterintelligence and export control section, told the judge on Thursday that releasing the affidavit is not in the public interest because it could harm the ongoing probe, which he described as still being in the "early" stages and involving highly sensitive grand jury material. 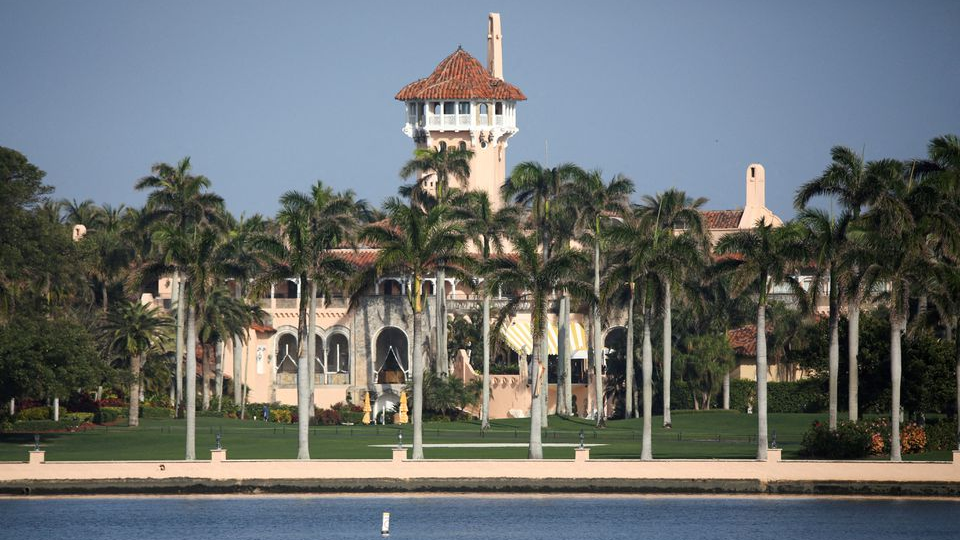 The search, which was approved by Reinhart on August 5, is part of a federal investigation into whether Trump illegally removed documents when he left office in January 2021 after losing the presidential election to Democrat Joe Biden.

The Justice Department is investigating violations of three laws, including a provision in the Espionage Act that prohibits the possession of national defense information and another statute that makes it a crime to knowingly destroy, conceal or falsify records with the intent to obstruct an investigation.

Trump has vocally made statements on social media calling on the court to unseal the unredacted version.

However, his attorneys have not filed any such requests with the court seeking to unseal the records, which are likely to contain damaging information about Trump.

Reinhart on Thursday also granted a request to unseal procedural records tied to the warrant, including the cover sheet and the government's motion to seal the warrant. The cover sheet said the Justice Department is investigating the "willful" retention of national defense information, as well as the concealment or removal of government records and the obstruction of a federal investigation.