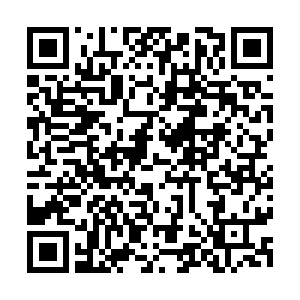 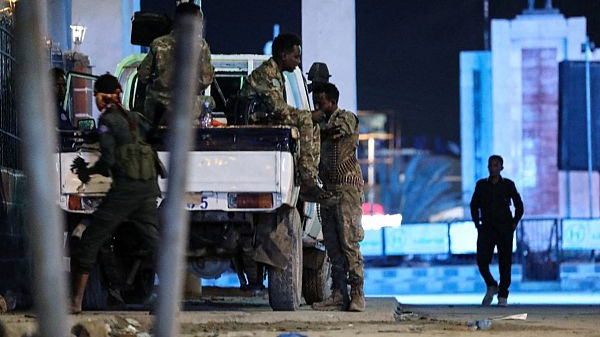 Security forces patrol near the Hayat Hotel after an attack by Al-Shabaab fighters in Mogadishu, Somalia, August 20, 2022. /CFP

Security forces patrol near the Hayat Hotel after an attack by Al-Shabaab fighters in Mogadishu, Somalia, August 20, 2022. /CFP

At least 16 people were killed and more than ten were injured in Somalia's capital Mogadishu after Al-Qaeda-linked militants attacked a hotel on Friday evening.

The Somalia security forces engaged in a fierce exchange of fire with the militants, and have regained control of the hotel and rescued the hostages. The area where the hotel is located has been sealed off.

No Chinese citizens were killed or injured in the attack, a China Media Group reporter learned from the Chinese embassy in Somalia.

The attackers blasted their way into the Hayat Hotel with two car bombs before opening fire. The Al-Qaeda-linked al-Shabaab group has claimed responsibility.

The detonations sent huge plumes of smoke over a busy junction on Friday night, and the sound of gunfire still crackled across the capital early on Saturday.

It is reported the biggest attack in Mogadishu since the country's new president, Hassan Sheikh Mohamud, was elected in May.

The Hayat Hotel is reported to be a popular venue with lawmakers and other government officials. There was no  information of any of them being caught in the siege.