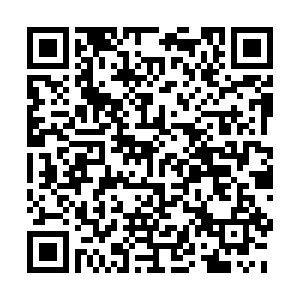 Amid a shifting international landscape, China, as the rotating president of the United Nations Security Council for August, will host a briefing on global peace and security next week. And China and South Korea will celebrate the 30th anniversary of the establishment of diplomatic relations between the two neighbors.

One of China's signature events as the presidency of UN Security Council for the month would be a briefing on August 22  themed "Maintenance of International Peace and Security: Promote Common Security through Dialogue and Cooperation."

"In such a complex situation, all parties expect a greater role by the UN," Zhang Jun, China's permanent representative to the UN, told a press conference on the Security Council's August work program on the first day of the month.

"China hopes parties will deeply reflect on questions such as what kind of international security do we really need, how can we get out of conflicts and turmoil and avoid larger security disasters under the current situation, and what role can the UN play," said Zhang.

Thirty years ago on August 24, 1992, China and the Republic of Korea (ROK) formally established diplomatic relations. The ROK is South Korea's official name.

"As Confucius observed, 'One should be able to establish himself at the age of thirty.' China-ROK relations, having braved wind and rain, should be more mature, independent and stable."

Park pledged that his country will take the 30th anniversary to carry out open and inclusive cooperation with China to make the bilateral relations more mature.

Both sides agreed to further the second-phase negotiation on a free trade agreement, and hold dialogues on maintaining the stability of industrial and supply chains.

Over the three decades, trade between the two countries has grown 72-fold to more than $360 billion. China has become South Korea's largest trading partner, while South Korea is China's third largest trading partner. The cumulative two way investment between the two countries has exceeded $100 billion, according to the Chinese Ministry of Commerce.

Wednesday: China and South Korea celebrate the 30th anniversary of the establishment of diplomatic relations; Kazakh President Kassym-Jomart Tokayev pays an official visit to Azerbaijan; Angola holds general election; Ukraine marks the 31st anniversary of its independence; America marks the 210th Anniversary of the Burning of Washington, including the White House and the U.S. Capitol building, by the British troops during the War of 1812.

Thursday: Uruguay's Independence Day; 78th Anniversary of the liberation of Paris from Nazi occupation in the Second World War.