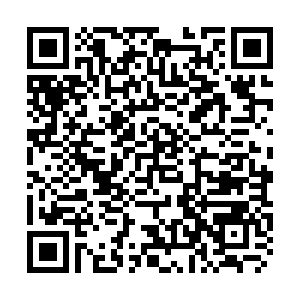 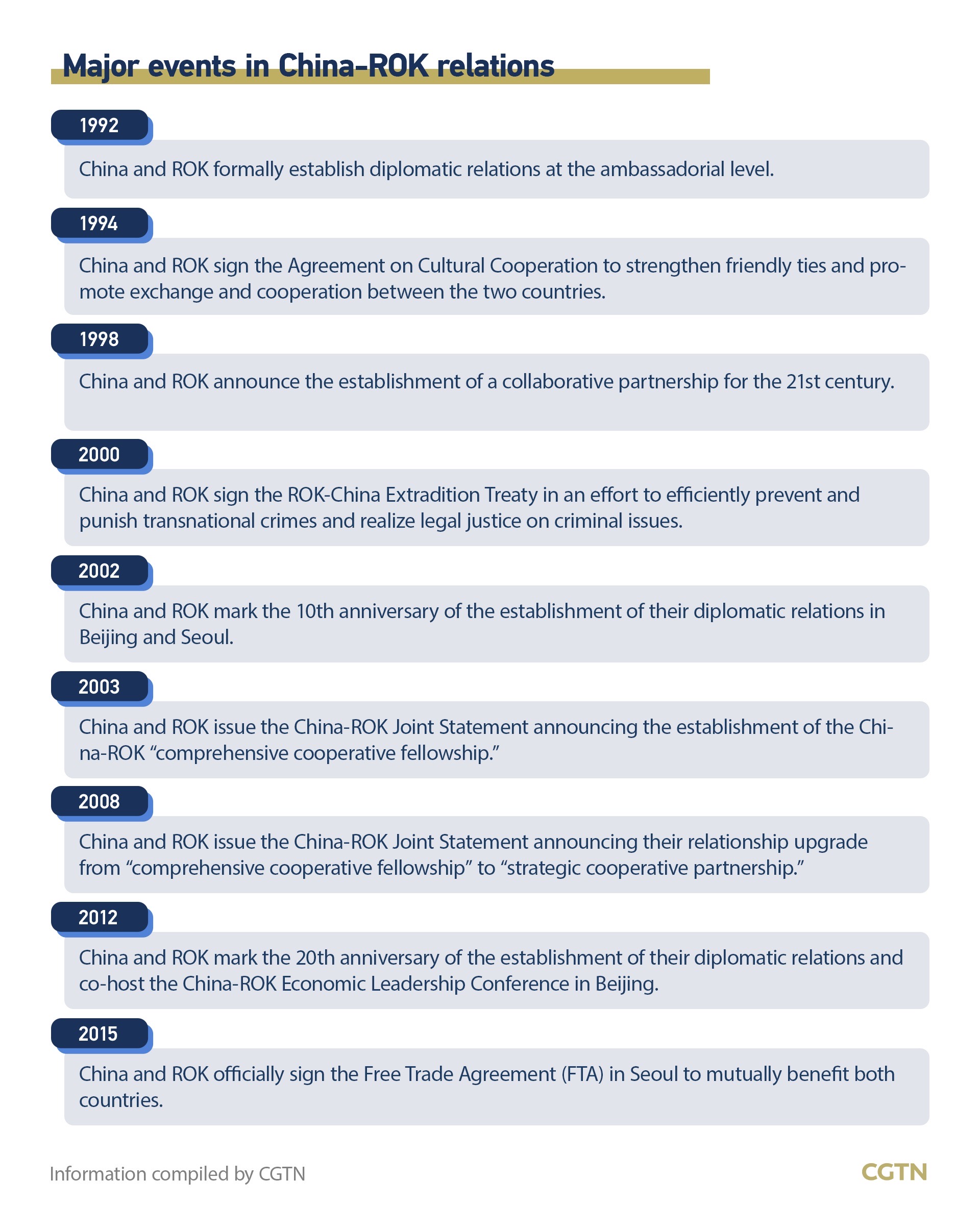 China and the ROK have proposed many policies and plans to strengthen cooperation in the economic and trade fields. For example, the two countries signed a Free Trade Agreement (FTA) in 2015. Bilateral trade between the two countries has increased since the agreement. In addition, China's Belt and Road Initiative launched in 2013, has provided much assistance and support in the trade between China and the ROK. 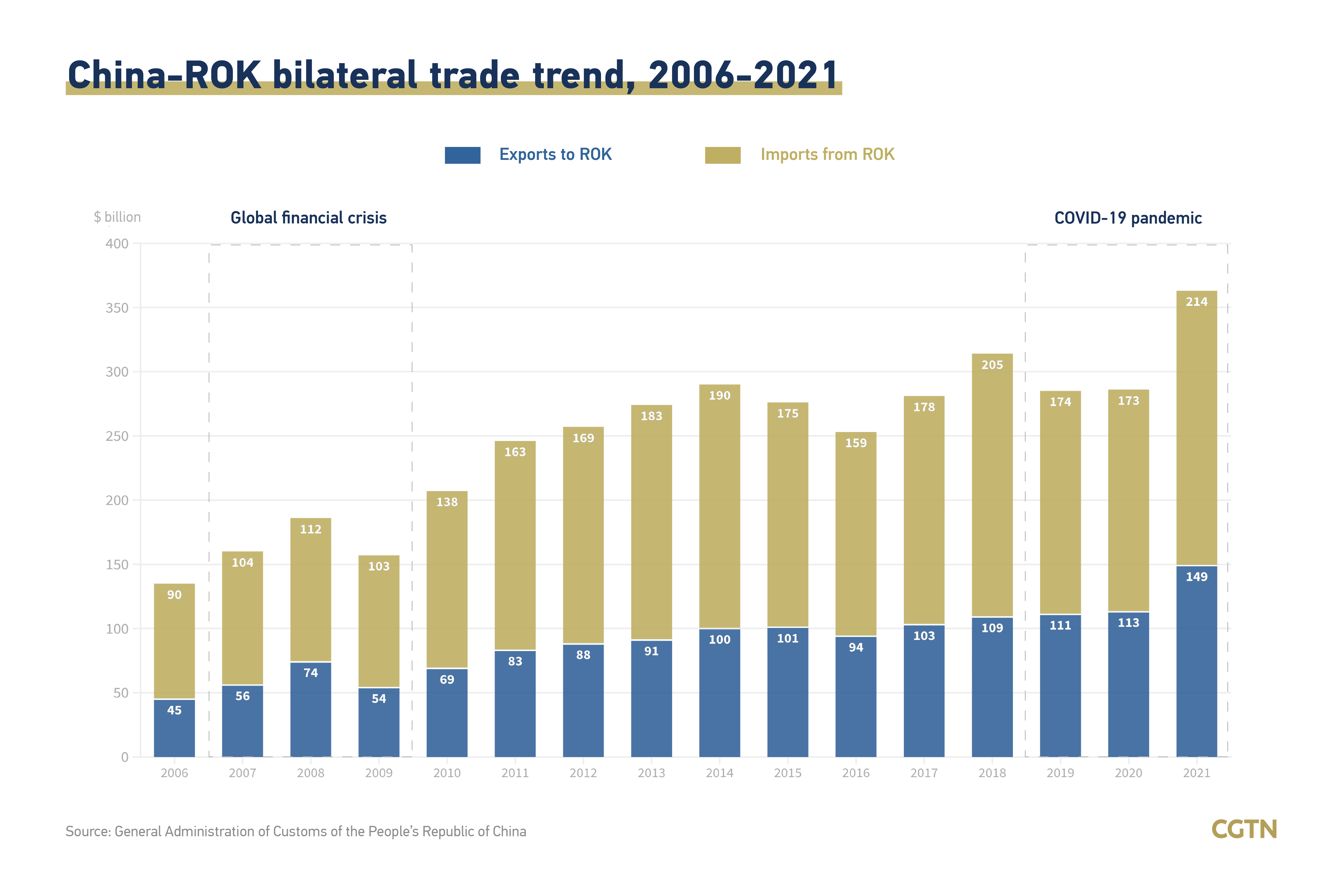 Over the past 30 years of diplomatic relations, bilateral trade between China and the ROK has increased more than 70 times, from $5 billion in 1992 to $363 billion in 2021. According to China's General Administration of Customs, the gross value of bilateral trade between the two countries increased steadily. The development of trade between China and the ROK has also undergone many difficulties and negotiations, for instance, the 2008 global financial crisis and the COVID-19 pandemic. Although there was a decrease after each crisis, trade recovered in a relatively short period. 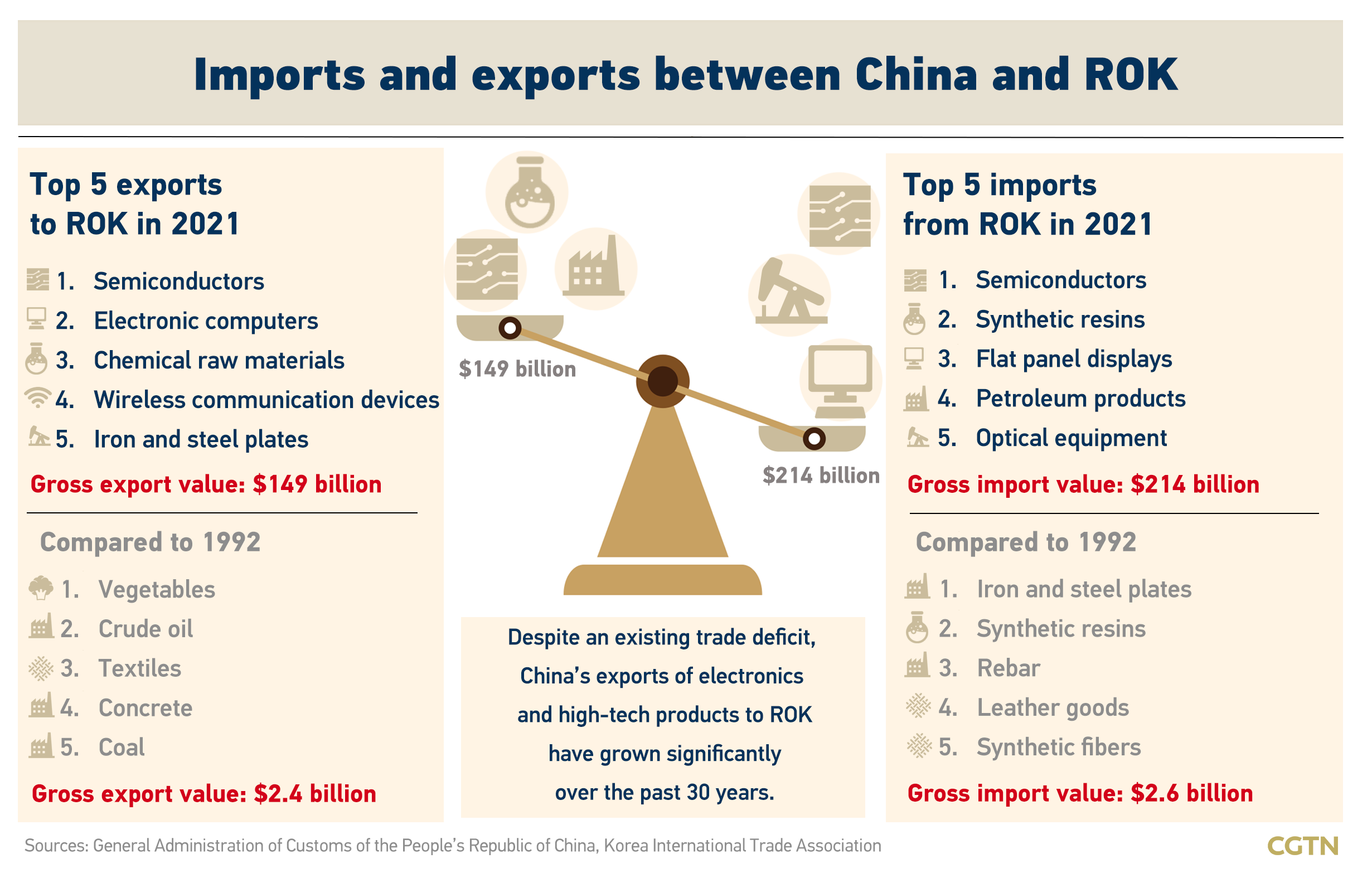 China-ROK bilateral trade has grown significantly in the past 30 years since diplomatic ties were established, thanks to complementary industrial structures and cooperation in the multilateral international trade order. Initially, it was dominated by the light and heavy chemical industries, which rapidly upgraded to high-value products such as semiconductors and flat panel displays. Despite an existing trade deficit, China's exports of electronics and high-tech products to the ROK have grown significantly. 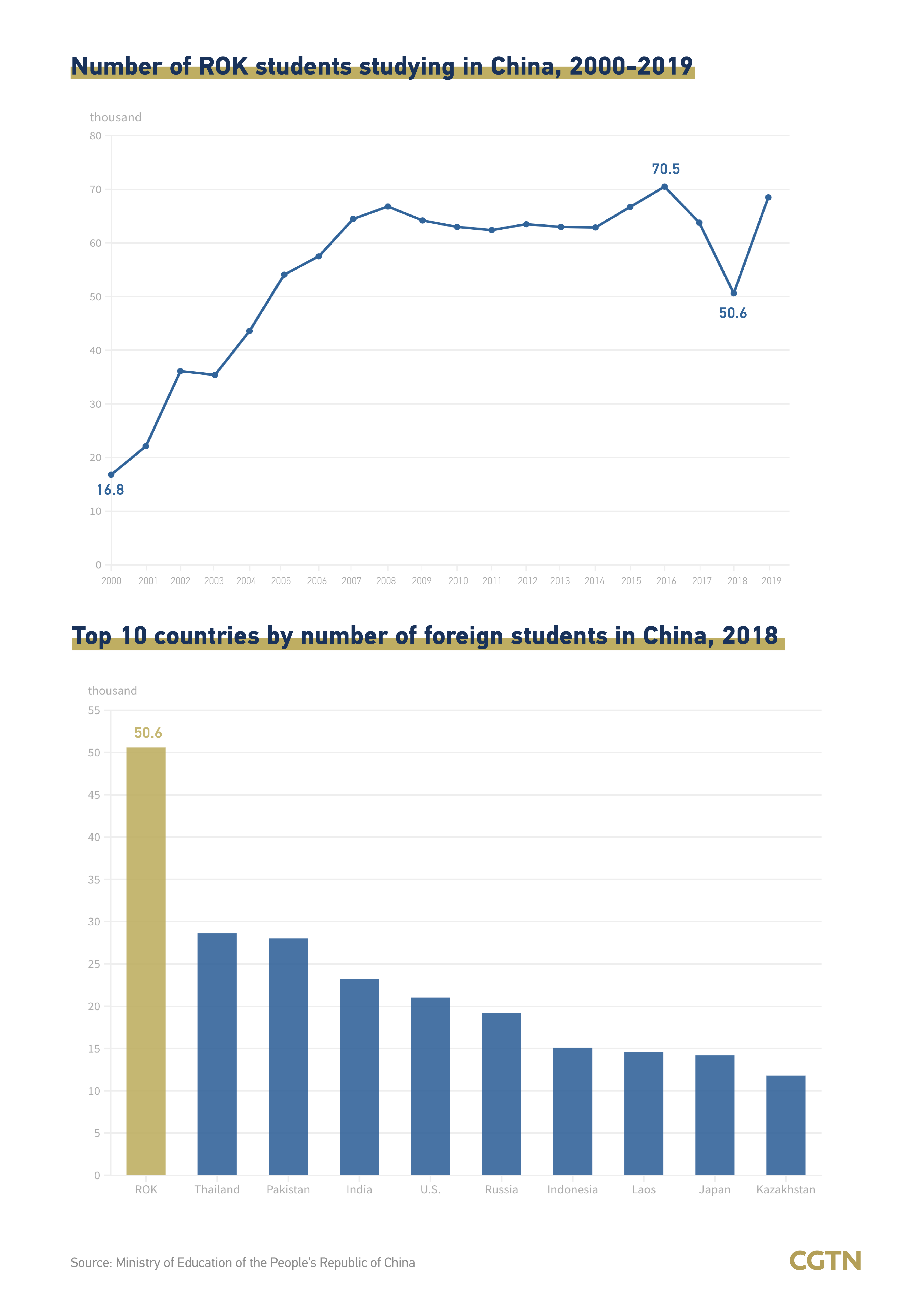 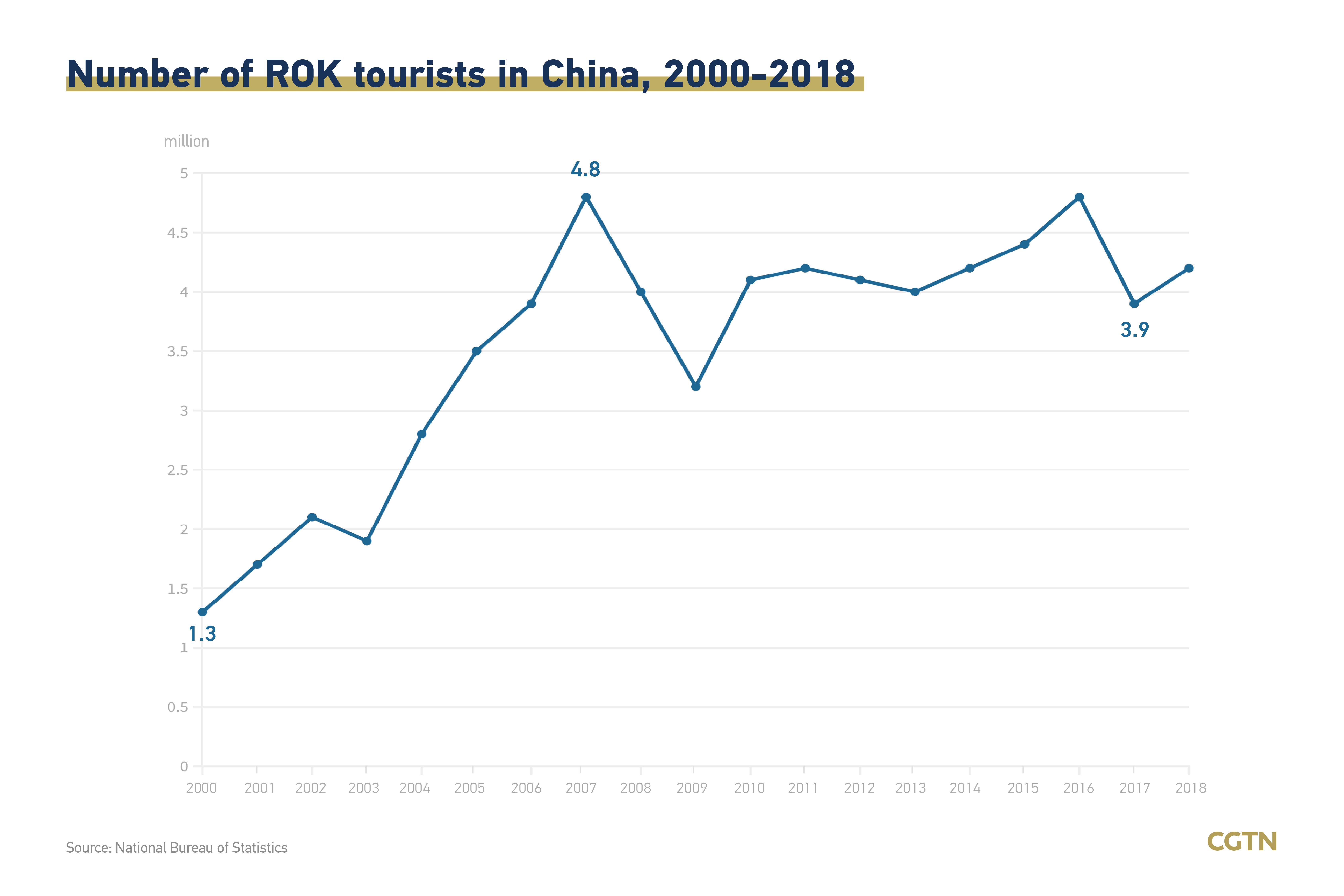 The first decade of the 21st century witnessed the rapid development of tourism between China and the ROK. From 2000 to 2007, the number of ROK tourists in China rose from 1.3 million to 4.8 million. In the following decade, two notable drops were influenced by the 2008 global financial crisis and the THAAD deployment around 2017.

"This year marks the 30th anniversary of the establishment of diplomatic relations between China and the ROK. The two sides have respected and supported each other and contributed to each other's success. This has not only delivered important benefits for both countries and peoples, but also contributed significantly to regional peace, development and prosperity," said State Councilor and Foreign Minister Wang Yi in conversation with visiting ROK Foreign Minister Park Jin on August 9.