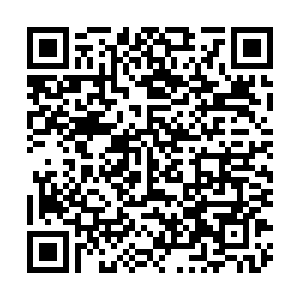 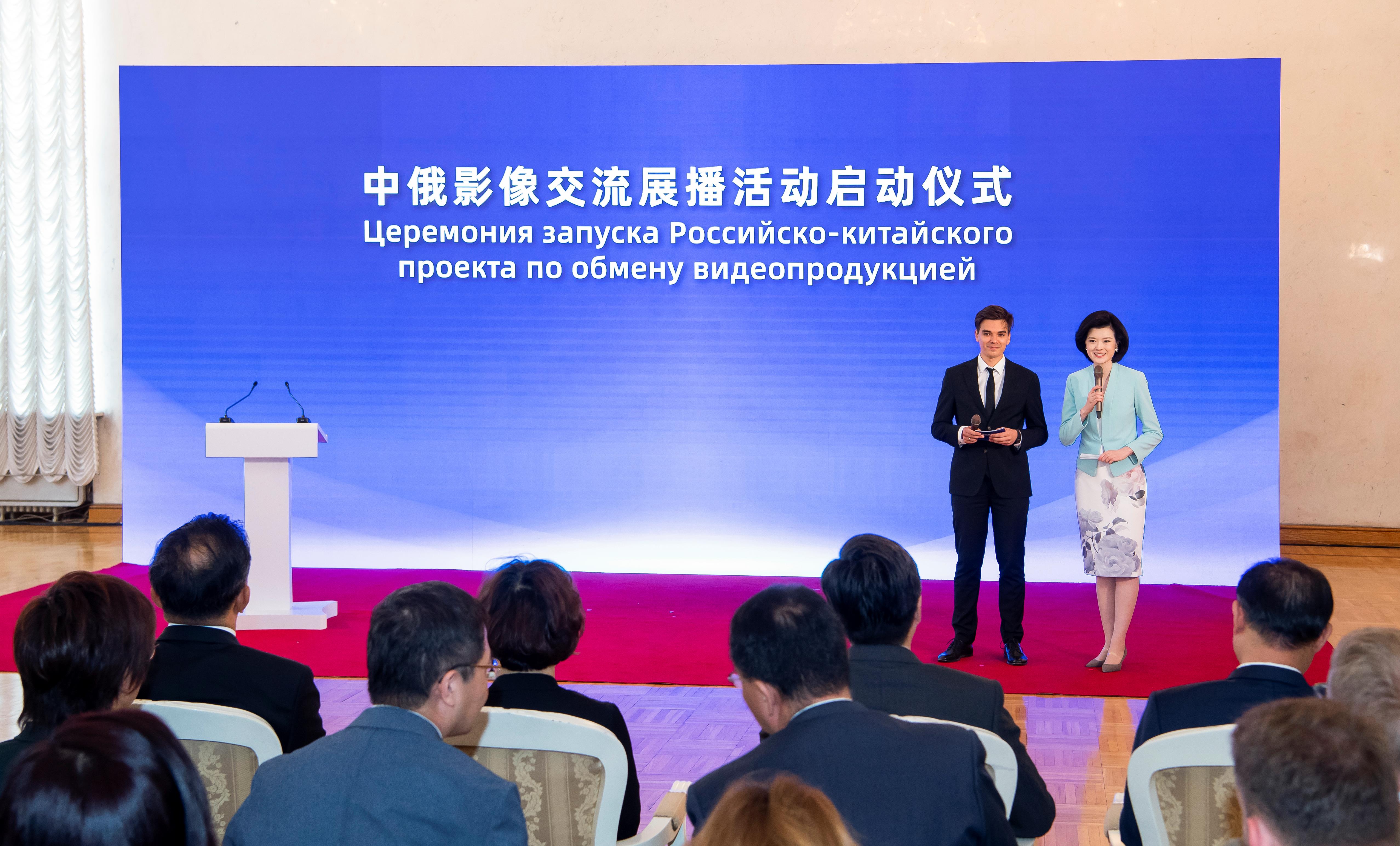 A China-Russia Video Exchange Broadcasting Event co-organized by China Media Group (CMG) and the Embassy of the Russian Federation in the People's Republic of China was inaugurated in Beijing on Friday, along with the launch of simultaneously online and offline broadcasts.

"Video is a vivid carrier to record the changes of the times, witness national development, and promote mutual appreciation of civilization," said Fan Yun.

CMG will take this event as an opportunity to deepen exchanges and cooperation with Russian media, promote mutual understanding between the Chinese and Russian people, and strengthen the time-honored friendship between China and Russia.

"The event will further promote cooperation between the media of the two countries in various fields through exchange broadcasting, where the Russian people will become witnesses to major events in China, such as the 20th National Congress of the Communist Party of China," said Andrei Kondrashov.

During the event, China Global Television Network (CGTN) will provide Russian media with several outstanding Chinese domestic documentaries, feature films, and critical series of reports, which will be shown in various Russian mainstream media to show Russian audiences an authentic and comprehensive China.

President of CMG, Shen Haixiong, accepted "The Order of Friendship" awarded by the Russian ambassador, Andrey Denisov at a ceremony held at the Russian Embassy in Beijing after the ceremony. 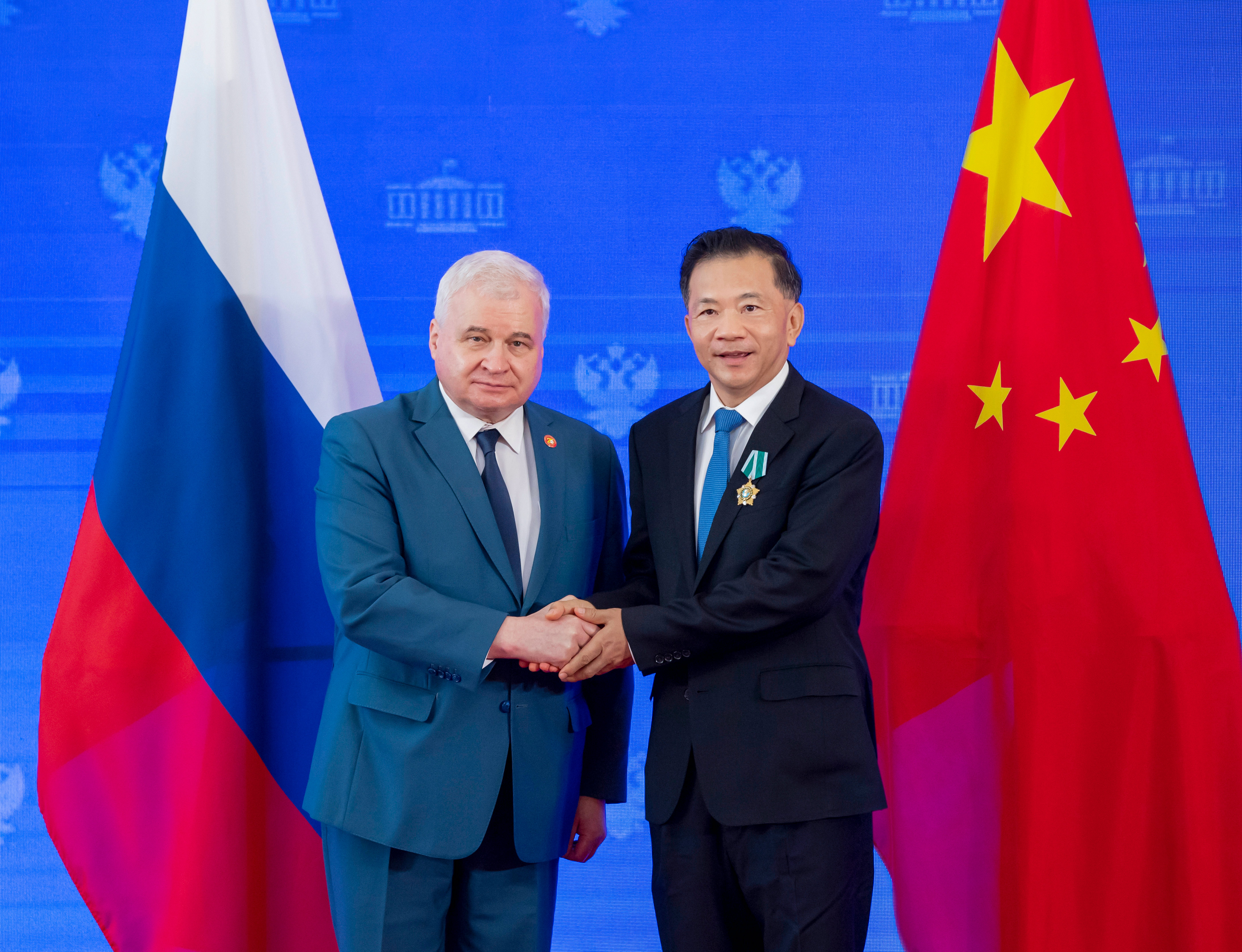 President of CMG, Shen Haixiong (R) accepts "The Order of Friendship" awarded by the Russian ambassador to China, Andrey Denisov, after the ceremony. /CMG

President of CMG, Shen Haixiong (R) accepts "The Order of Friendship" awarded by the Russian ambassador to China, Andrey Denisov, after the ceremony. /CMG

The Russian ambassador read out a decree of the Russian president and presented a certificate to Shen Haixiong on behalf of the Russian government in recognition of his contribution to promoting cultural exchanges and the friendship between the peoples of China and Russia.