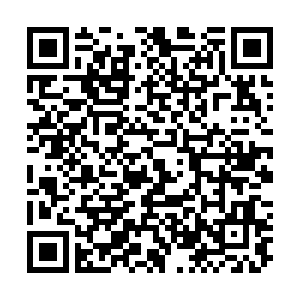 Chinese President Xi Jinping has encouraged foreign experts with the Foreign Languages Press to contribute more to promoting exchanges and communication between China and other countries and building a community with a shared future for humanity.

Xi, also general secretary of the Communist Party of China (CPC) Central Committee and chairman of the Central Military Commission, made the remarks on Thursday in a letter replying to the foreign experts as the publishing house marks its 70th founding anniversary.

In the letter, Xi said all the experts, who come from different countries and have different cultural backgrounds, have shared their love of China and Chinese culture and made significant contributions to the country's translation and publication works that serve international readers.

The CPC has led the people in pioneering a uniquely Chinese path to modernization and creating a new model for human advancement, he said.

Through accurate and vivid translation and introduction, the world can better understand China in the new era, which is of great significance to promote the exchanges and mutual learning between Chinese and foreign civilizations, said Xi.

He noted that the experts have been working in China for a long time, and have a deep understanding of Chinese history and culture, of the nation's characteristics and development process.

"I hope that you continue to pool your strengths in telling China's stories with excellent translation that can easily break linguistic and cultural barriers to help more foreign readers understand China and contribute more to the building of a community with a shared future for humanity," said Xi.

Five foreign experts with the Foreign Languages Press recently wrote to the Chinese president and told him about their translations of "Xi Jinping: The Governance of China." They said they took pride in helping the world understand China through their work.

Founded in 1952, the Foreign Languages Press was the first publishing house producing publications in foreign languages after the founding of the People's Republic of China in 1949. It has published over 30,000 works in more than 40 languages, with a global distribution of more than 400 million copies.

In the letter to the experts on Thursday, the Chinese president also extended his best wishes to all the employees of the publisher.