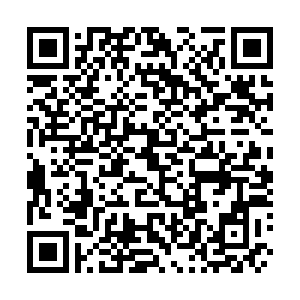 Rival factions battled across Libya's capital on Saturday in the worst fighting there in two years as a months-long political standoff burst into urban warfare that threatens to escalate into a wider conflict.

At least 32 people have been killed and 159 wounded in the deadly clashes, the Libyan Ministry of Health said on Sunday. A total of 64 families were evacuated from the affected areas, the ministry earlier said on Saturday.

Sustained fighting in the city over the control of government would likely plunge Libya back into full-blown war after two years of comparative peace that brought an abortive political process aimed at holding national elections.

The standoff for power in Libya has pitted the Tripoli-based Government of National Unity (GNU) under Abdulhamid al-Dbeibah against a rival administration under Fathi Bashagha that is backed by the eastern-based parliament.

Forces aligned with Bashagha tried to take territory in Tripoli from several directions on Saturday, but his main military convoy turned back towards Misrata before reaching the capital, eyewitnesses told Reuters.

Dbeibah later posted a video online showing him visiting fighters in the city after clashes stopped.

Fighting had erupted overnight and intensified through the morning, with small-arms fire, heavy machine guns and mortars deployed in central areas. Columns of black smoke rose across the Tripoli skyline and shooting and blasts echoed in the air.

By the afternoon, forces aligned with Bashagha appeared to be converging on Tripoli from three directions. In Janzour in northwest Tripoli, a main access point for some pro-Bashagha forces, local people reported intense clashes.

Large armed factions backing each side in Libya's political dispute have repeatedly mobilized around Tripoli in recent weeks, with convoys of military vehicles moving around the city and threatening force to obtain their goals.

A GNU statement said the latest clashes in Tripoli were triggered by fighters aligned with Bashagha firing on a convoy in the capital while other pro-Bashagha units had massed outside the city. It accused Bashagha of backing out of talks to resolve the crisis.

Bashagha's administration said in a statement that it had never rejected talks and that its own overtures had been rejected by Dbeibah. It did not directly respond to the assertion that it was linked to the clashes.