Download
China in the New Era: Original productions bringing you closer to the country
CGTN 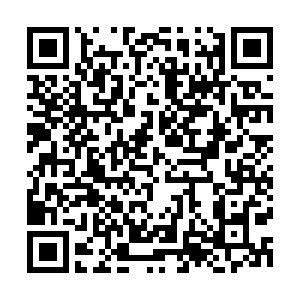 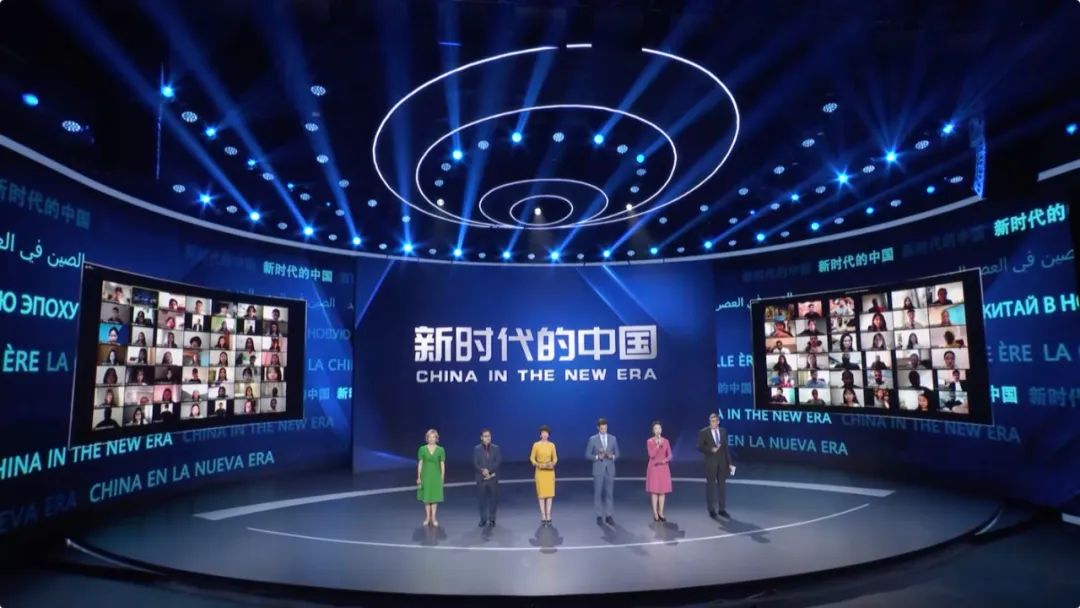 To show the world a clearer picture of China, CGTN, together with the CMG European and Latin American Languages Programming Center, presents a slate of productions to global audiences focusing on "China in the New Era" across its multi-language platforms starting in August 2022.

Viewers and users around the globe will find a host of programs guiding them through a decade of development and changes in China, the country's development path and its profound culture. Here are the details.

Everyone Matters: China in A Decade 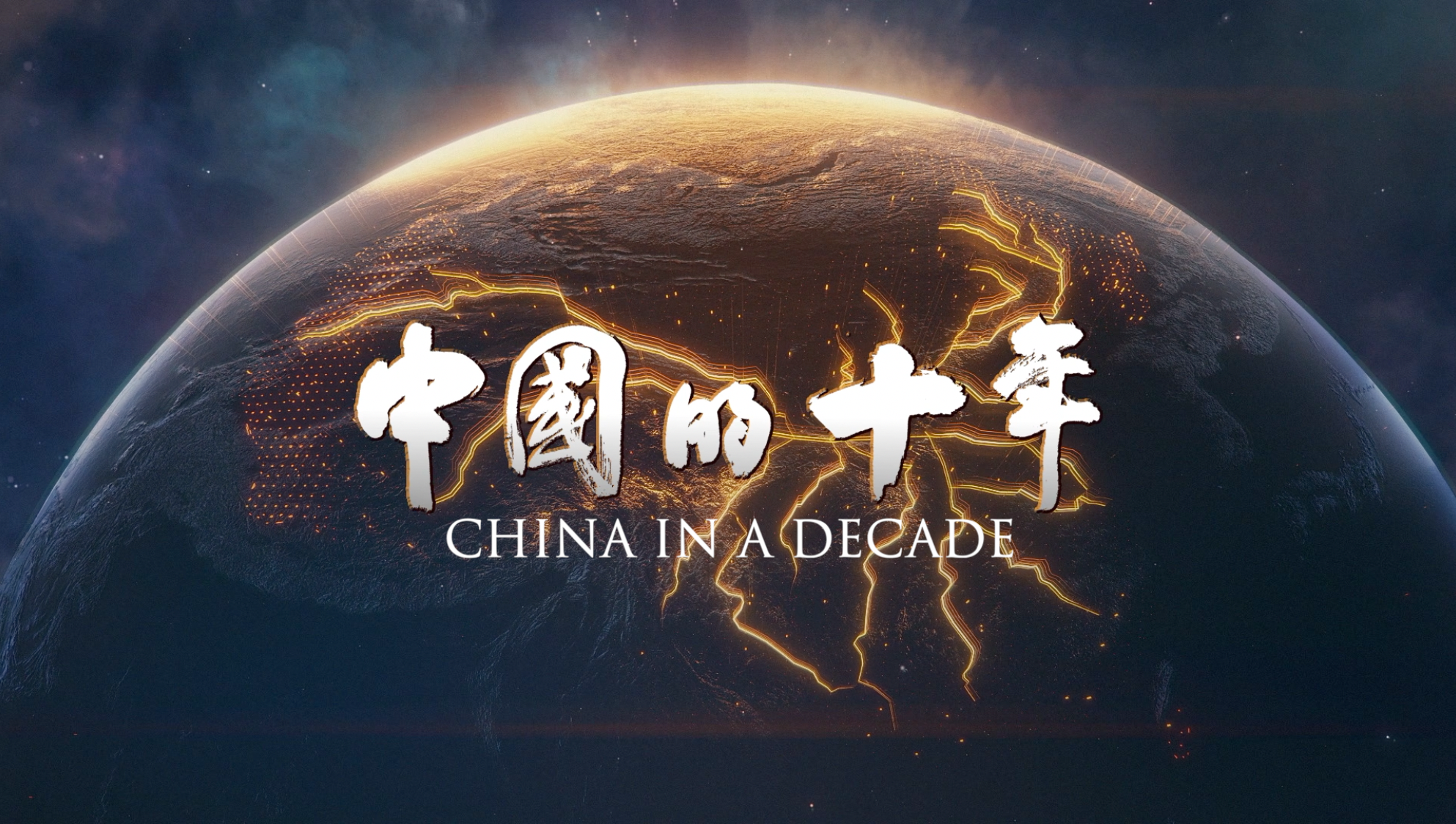 China in A Decade – The multi-part series aims to capture the changes that Chinese people have experienced in the past 10 years. Because everyone matters and contributes, miracles happen. With 36 stories told by ordinary individuals, the documentary explores the transformation of China in multiple areas in the New Era – from high-quality development to governance, from building a cultural foundation to global common prosperity.

China Through a Global Lens 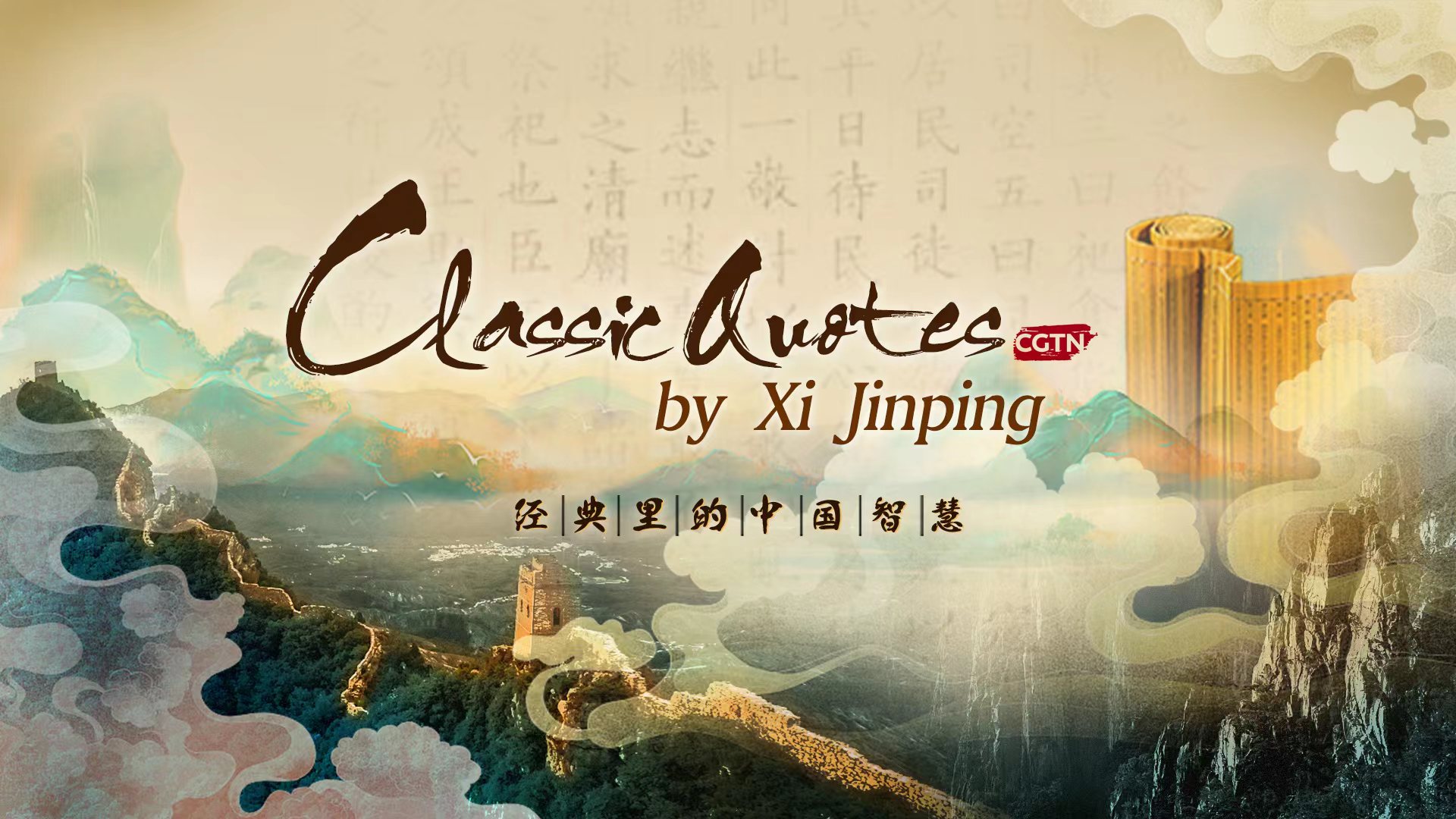 Classic Quotes by Xi Jinping – Through quotes from ancient Chinese literature, CGTN explores an entirely new avenue in five languages to discover the stories behind the classics and discuss the cultural foundations of the Chinese people. The series will help viewers understand how Chinese wisdom helps underpin the governing of the evolving nation. 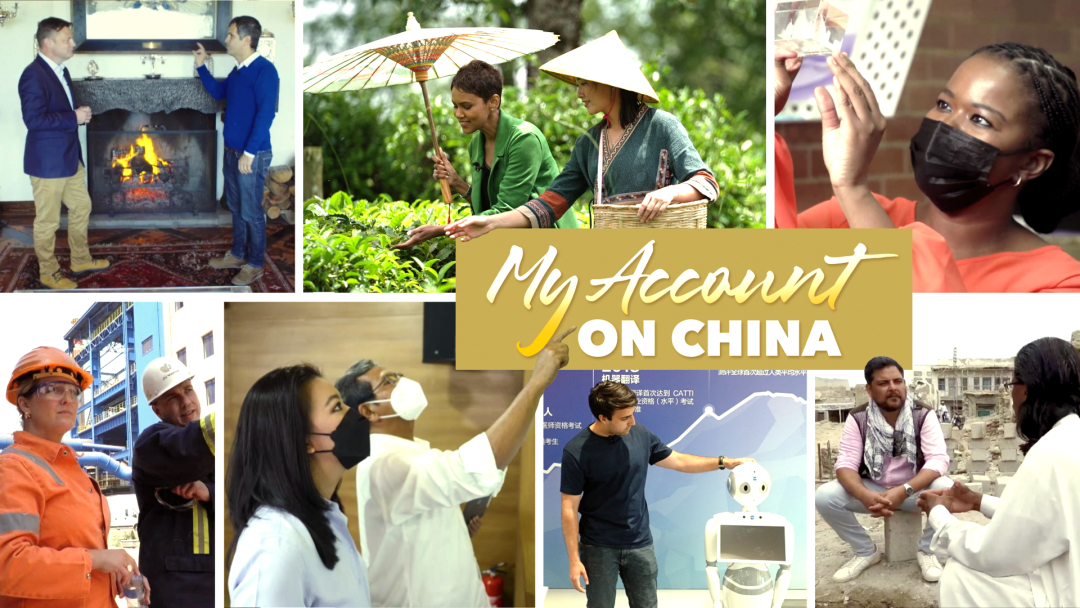 My Account on China focuses on the impact of China's solutions at home and abroad. /CGTN

My Account on China focuses on the impact of China's solutions at home and abroad. /CGTN

My Account on China – Through a global lens, CGTN's reporters and overseas correspondents travel both in China and abroad, narrating and experiencing the changes in the lives of local people. They provide overseas audiences with authentic stories to understand China's solutions at home and around the world. 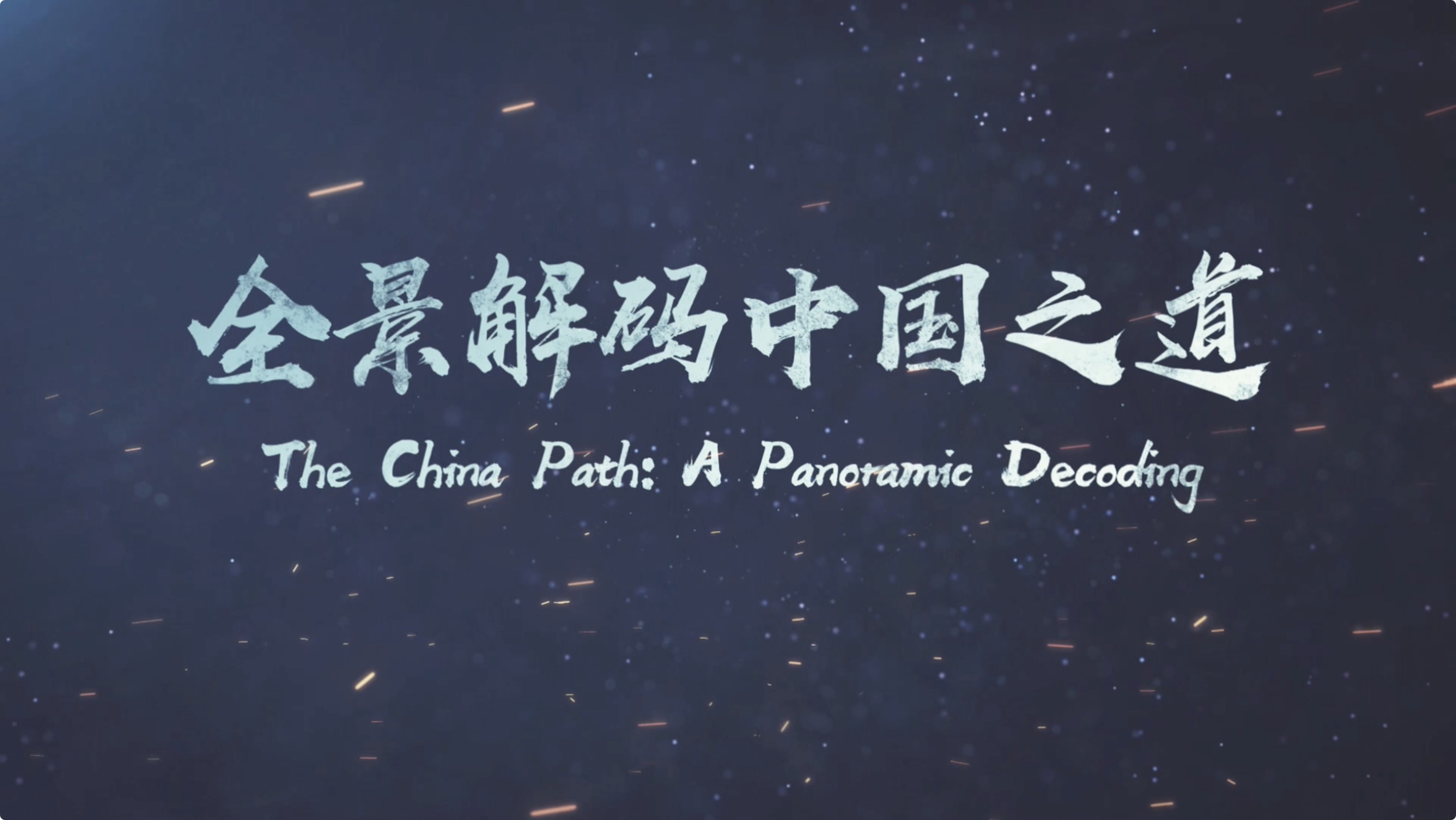 The China Path: A Panoramic Decoding – World leaders and global thinkers decode China's path by sharing their insights on the governance of the country. Together with media outlets from around the globe, CGTN brings viewers a comprehensive picture of China. 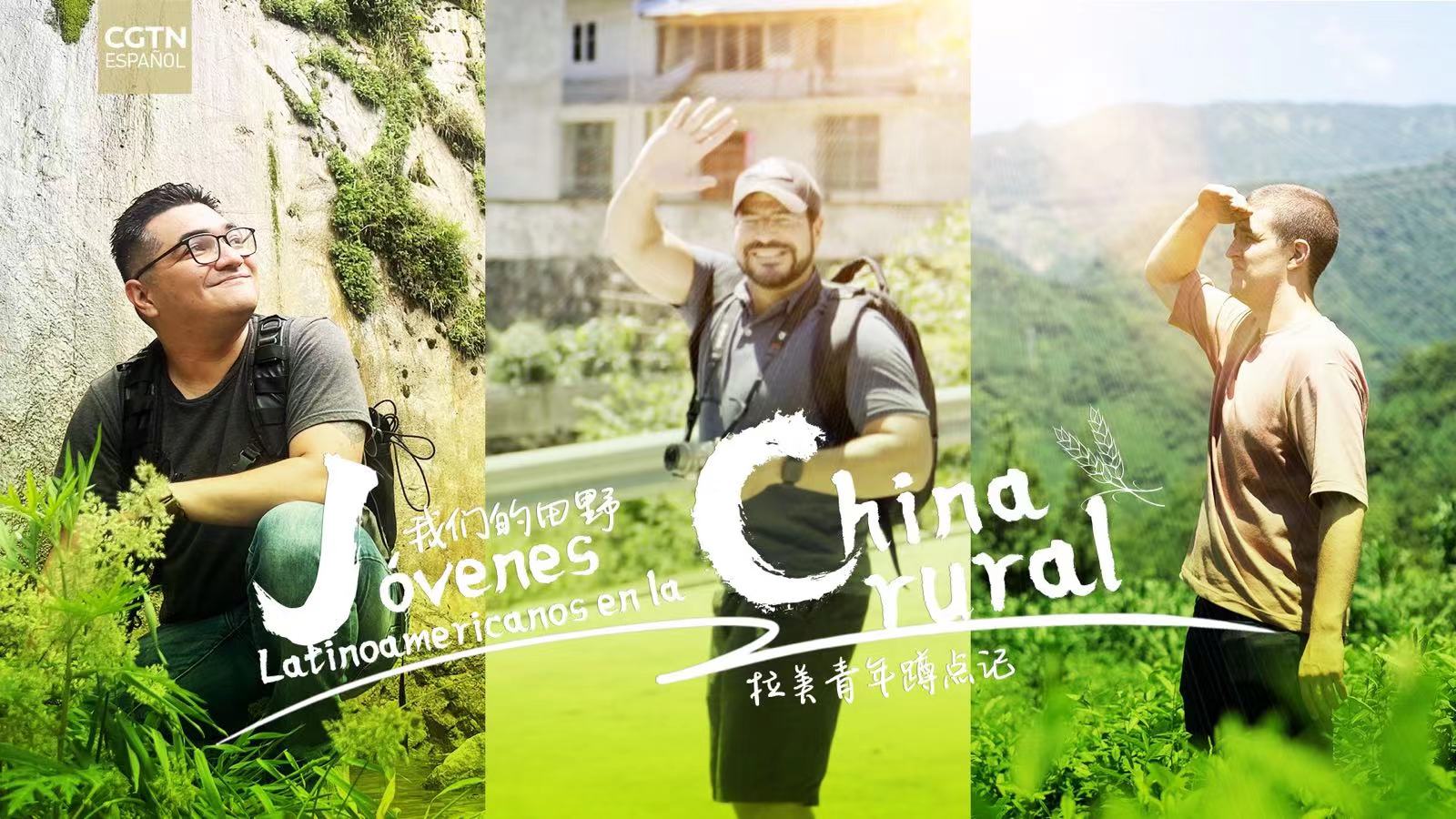 Latin Youth in Rural China – The CGTN documentary follows three young Latin Americans on a field trip to China's southwestern province of Sichuan, where they investigate the country's rural development model. The Argentine ambassador to China also joined the trip and shared his thoughts on China's rural revitalization through his journal.

On the Move – Friends from around the world experience life in different parts of China. The show goes to diverse destinations to reveal the changes in people's lives brought by China's green development of the marine economy, the scientific and technological transformation of the agricultural industry, and rural revitalization.

From Poverty to Prosperity: The Chinese Path to Modernization

In exploring its road to modernization, China has paved its own path. The following productions look at various agendas.

China by Numbers – CGTN presents a 12-episode series that builds on statistics and uses the numbers to showcase transformations in China from a wide range of angles, including the economy, poverty alleviation, infrastructure, education, science and technology, culture and sports.

Modernization for 1.4 Billion – From bustling metropolises to far-flung villages, CGTN hosts travel the country to take an in-depth look at the progress and challenges on China's modernization journey. Together with an archive-style series of short videos, the show discusses the process and characteristics of China's unique path to modernization, and brings together global experts to discuss Chinese modernization and its significance worldwide. 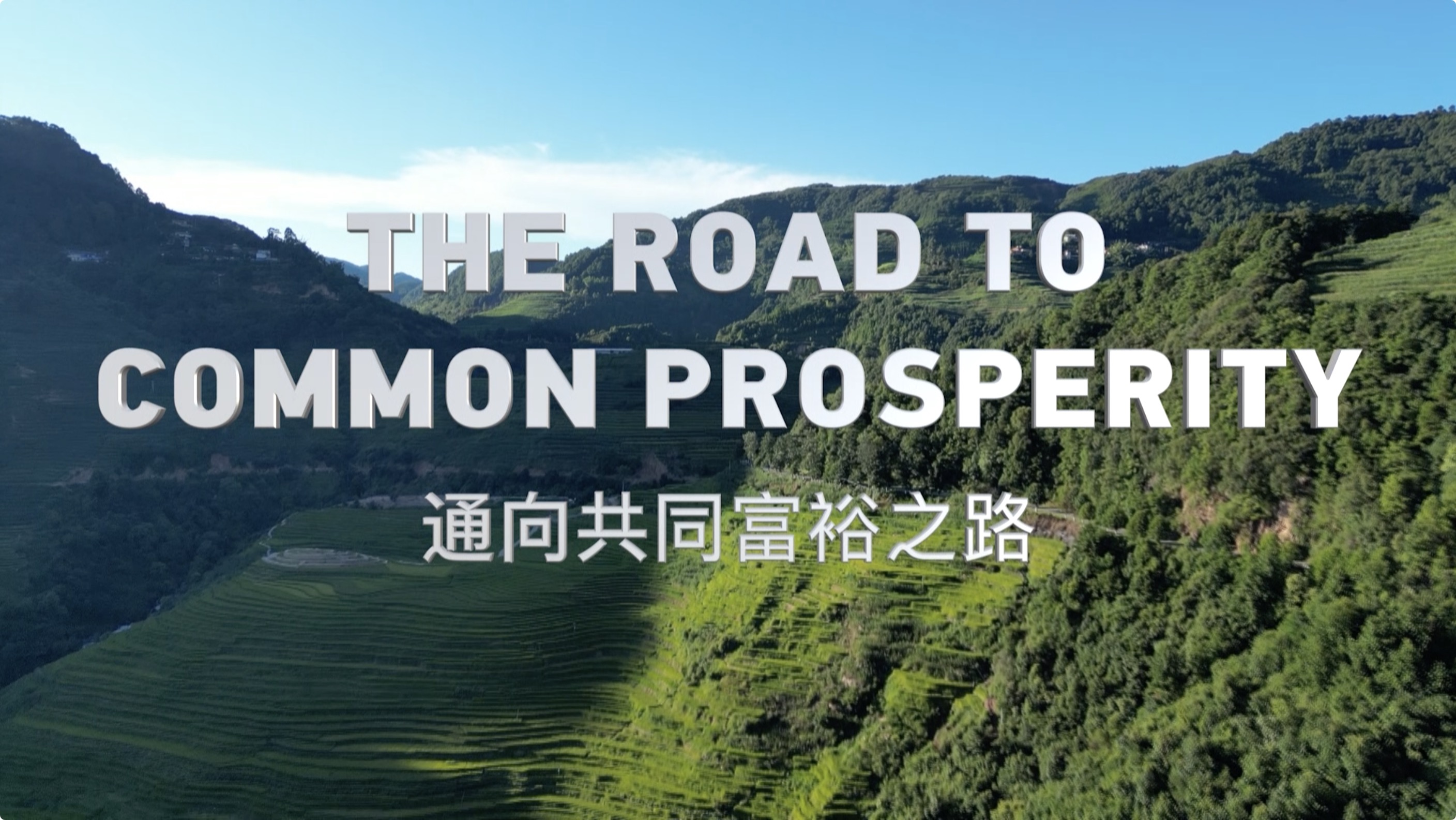 The Road to Common Prosperity – China has achieved its goal of eliminating extreme poverty. But that's not enough: the country aspires to bring prosperity to all its people by 2050. How can China achieve that? This CGTN documentary by Dr Robert Lawrence Kuhn answers the key questions.

Human Carbon Footprint – A science documentary film produced by CGTN's Tech It Out Studio sheds light on "dual carbon." It discusses the status quo of world energy and the climate crisis, and how the development of human civilization is intertwined with Mother Nature. The film also explains China's "dual carbon" scheme, which aims to peak carbon dioxide emissions before 2030 and achieve carbon neutrality before 2060, and the country's relentless effort to achieve its goals. 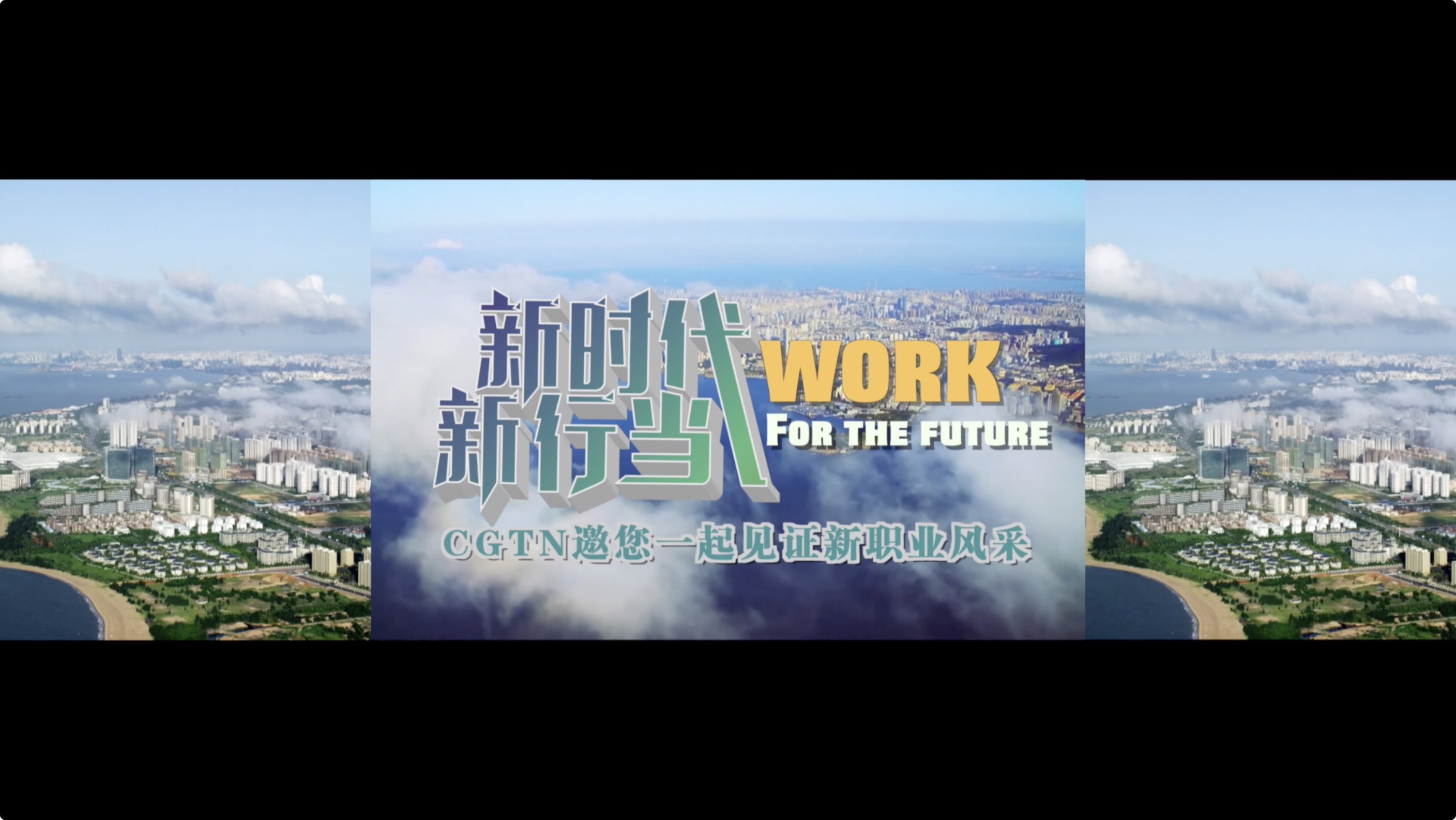 Work for the Future – The CGTN series provides a close look at new jobs and occupations that have emerged recently, to discover the trends of the future.

Diverse and Inclusive: The Beauty of Chinese Culture

A number of shows and productions are now on the horizon for a deep dive into China's profound culture and history. They discuss the vital role of cultural exchanges in mutual learning and respect among nations.

The Song, Painted – CGTN's virtual art series decodes traditional Chinese aesthetics via the lifestyles depicted in Song Dynasty paintings. With innovative forms of interface design and interaction, the series provides a visual feast with an array of graphics, illustrations and hand-drawn images to take viewers on a trip to the essence of traditional Chinese culture. The Expert & Artists interview section sheds light on the glorious artistic riches that marked the heyday of ancient Chinese art over 1,000 years ago.

Inheritors aims to shine a light on China's rich Intangible Cultural Heritage and the rich tales of history behind them. 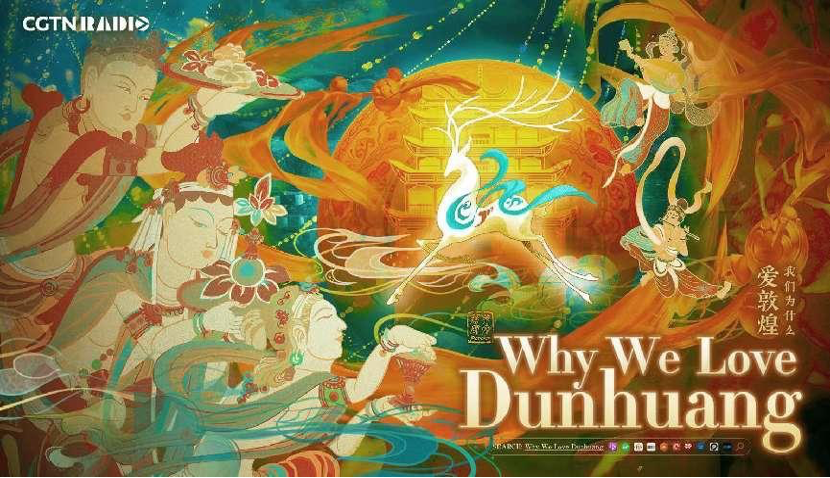 Why We Love Dunhuang uses sound to help listeners experience the beauty of Dunhuang. /CGTN

Why We Love Dunhuang uses sound to help listeners experience the beauty of Dunhuang. /CGTN

Why We Love Dunhuang – The podcast ranks among the top 10 in art categories on Apple Podcasts and is produced by CGTN and the Dunhuang Research Academy. It takes listeners through reasons to love Dunhuang, a town on the ancient Silk Road that is known for the Mogao Grottoes.

The Vibe – The show explores emerging trends in contemporary youth culture as well as the insights and wisdom of established masters. It offers a refreshing perspective on the cultural exchanges between China and the rest of the world. 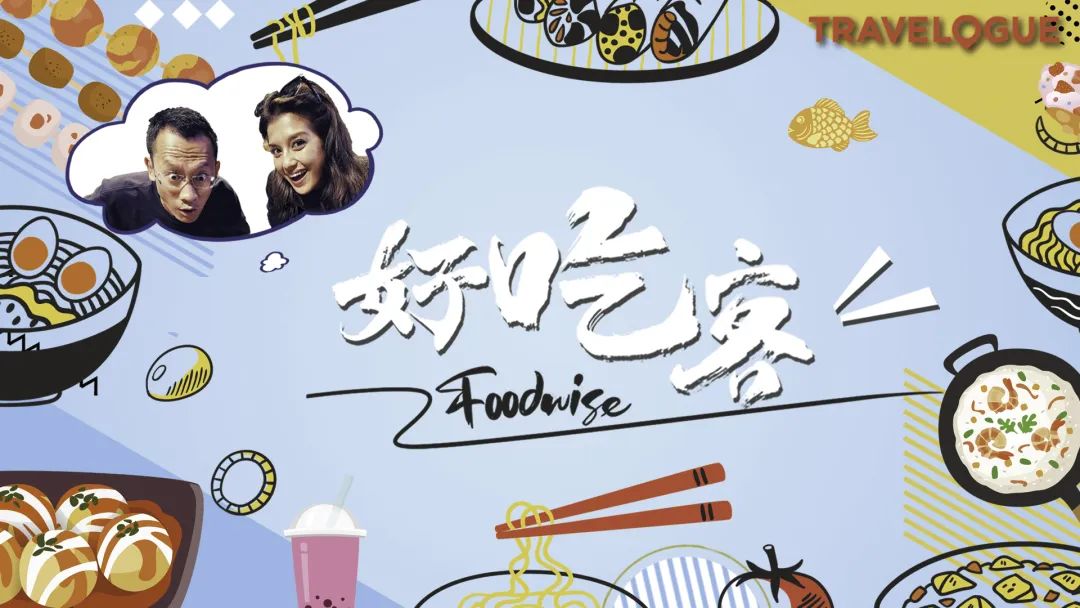 Foodwise, a collision of taste buds and minds. /CGTN

Foodwise, a collision of taste buds and minds. /CGTN

Foodwise – CGTN hosts go on a quest for the delicious, discovering through their palates how food can shape a city's identity and its people, and in the process, unroll the vibrant cultural tapestry of China. 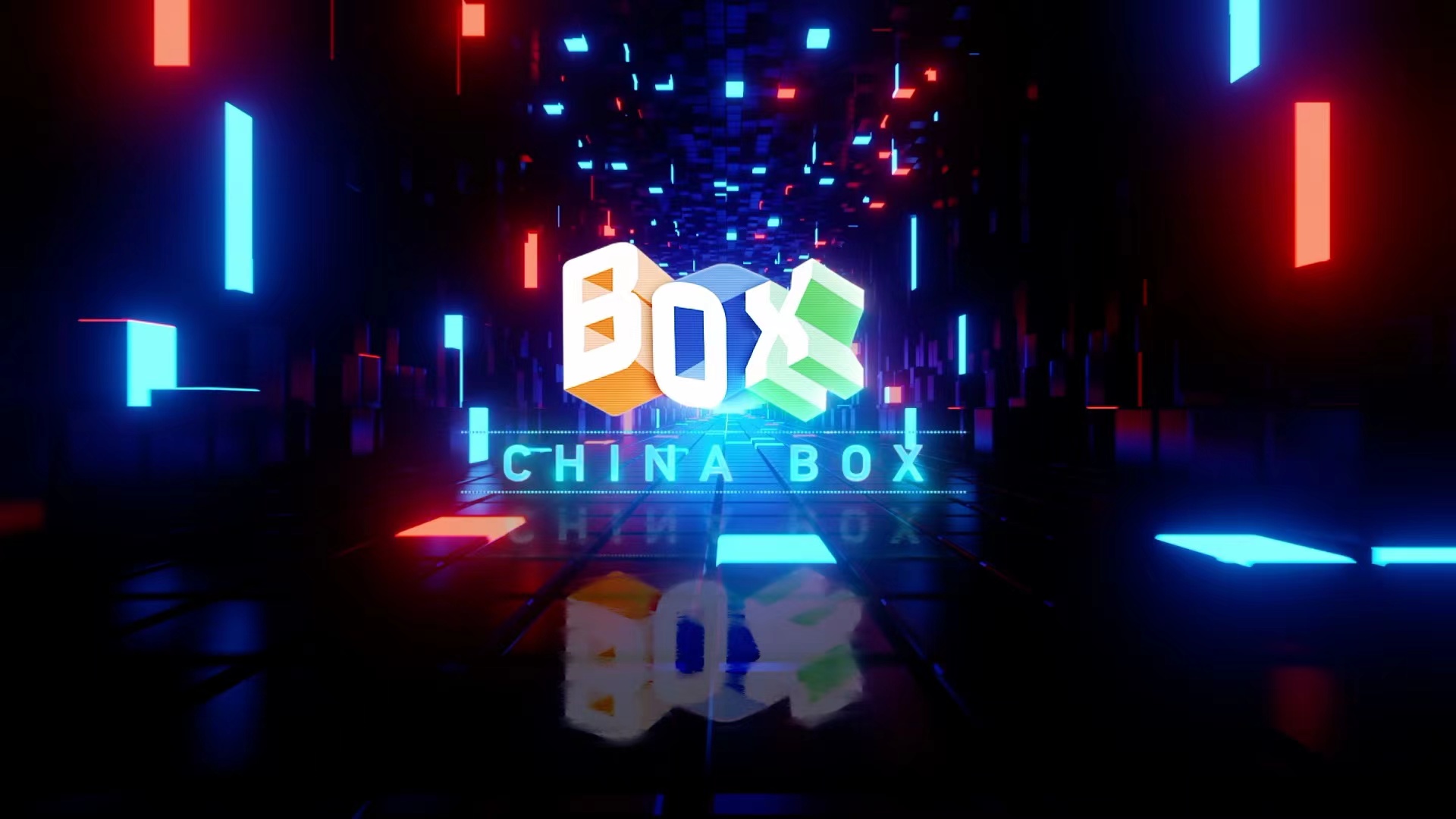 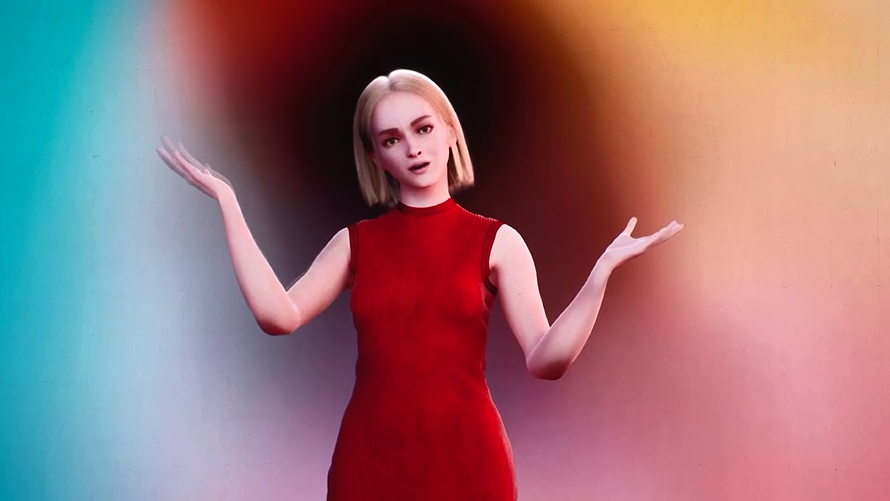 Nana, the virtual host at the launch of "China in the New Era." /CGTN

Nana, the virtual host at the launch of "China in the New Era." /CGTN

China Box – The interactive video product, which will arrive in October, provides a new video watching experience by creating a virtual world, where users can choose the avatars they like and enjoy thousands of videos. 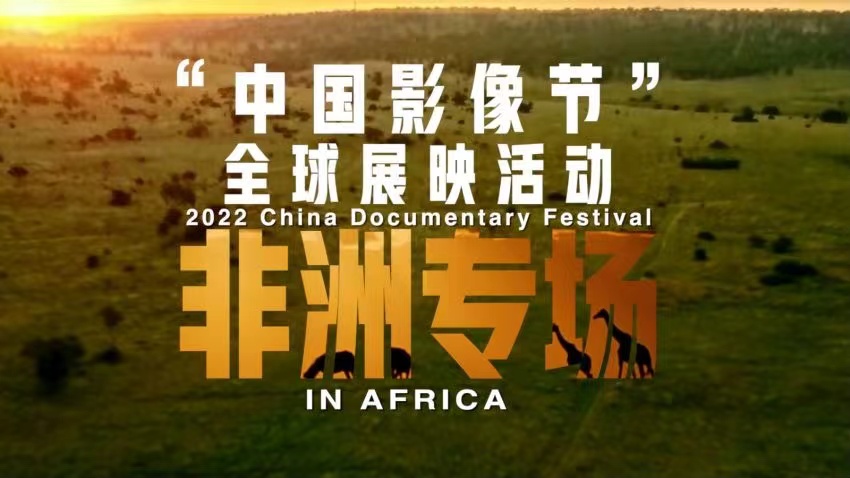 Thirty broadcasters and institutions in 20 African countries will join the festival and screen stories for audiences in Africa.

Since the 2022 China Documentary Festival was launched in June, more than 50 documentaries produced by CGTN have been screened or streamed for global audiences. They include award-winning productions in English, French, Spanish, Arabic and Russian.