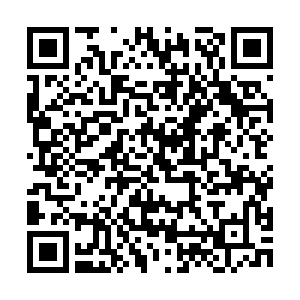 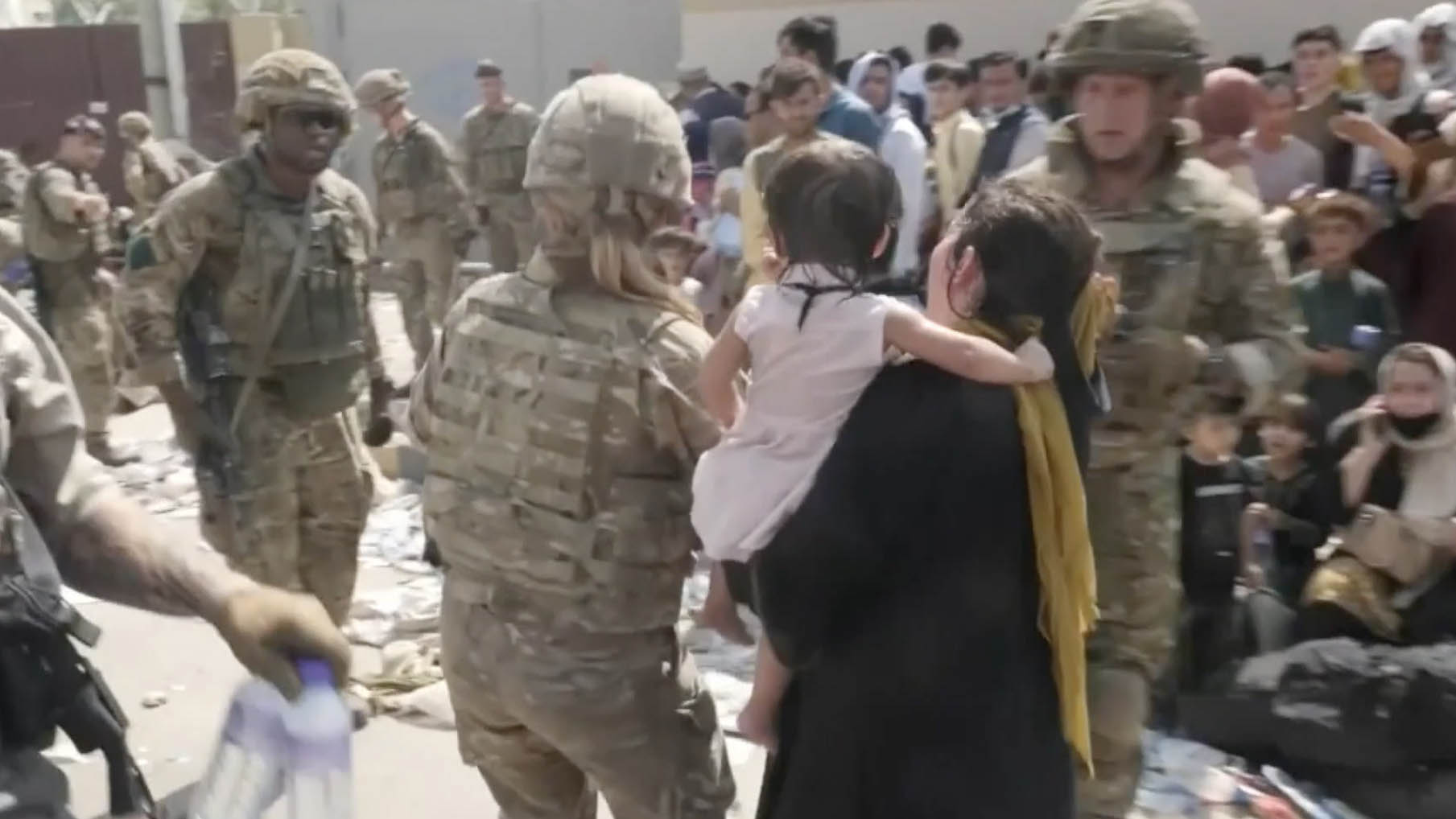 Nearly four in five people in Afghanistan believe the U.S. war against their country did not achieve its goal and was a "complete failure," according to a recent poll. The poll also suggested over two-thirds of people around the world share the same opinion.

The global survey was conducted by CGTN Think Tank and the Chinese Institute of Public Opinion at Renmin University of China and surveyed people from 24 countries including Afghanistan. 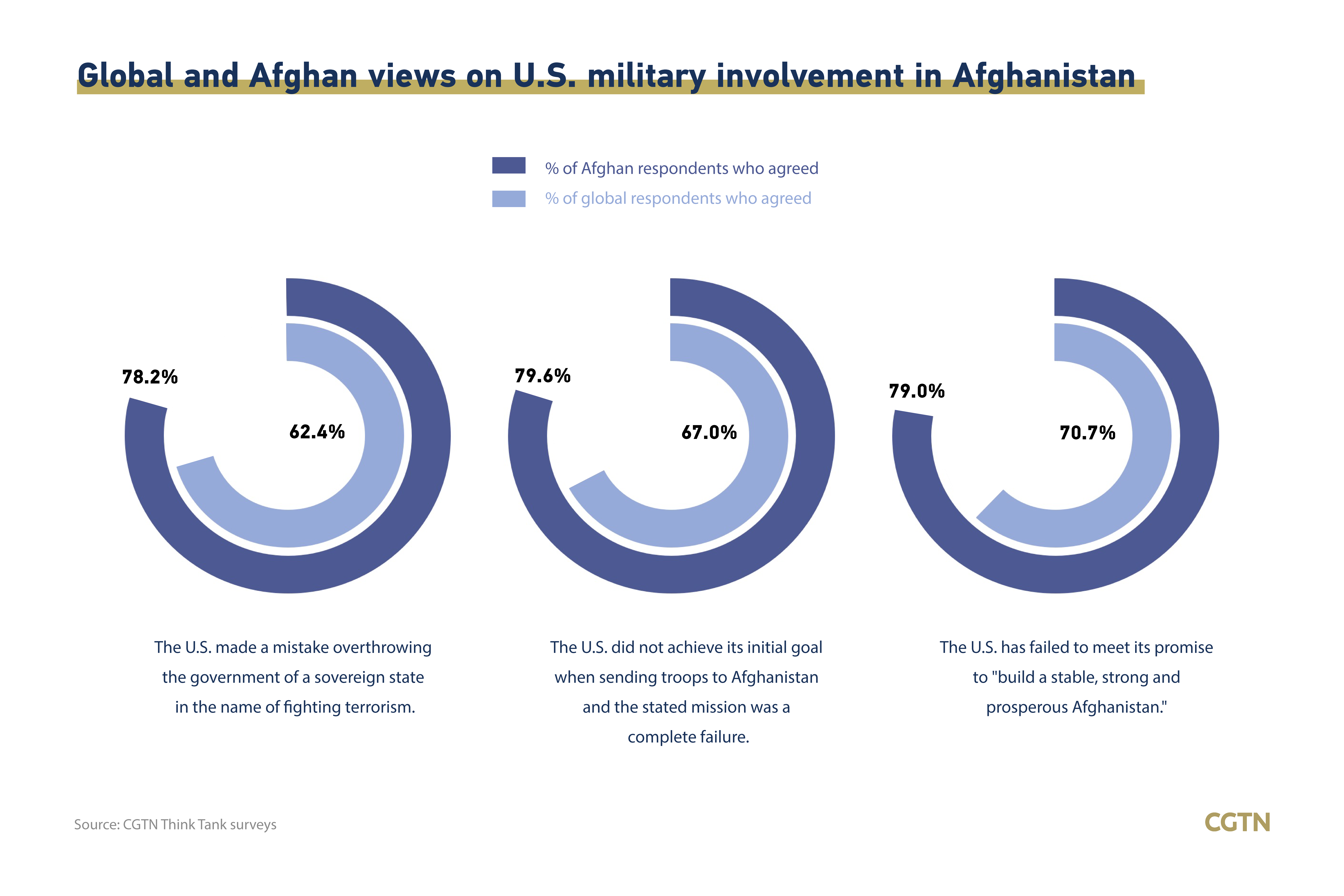 The U.S. launched its war against Afghanistan in 2001 with the stated goal of countering terrorism, but 78.2 percent of Afghan respondents said overthrowing the government of a sovereign country under such pretexts was "completely wrong." This was agreed by 62.4 percent of global respondents. 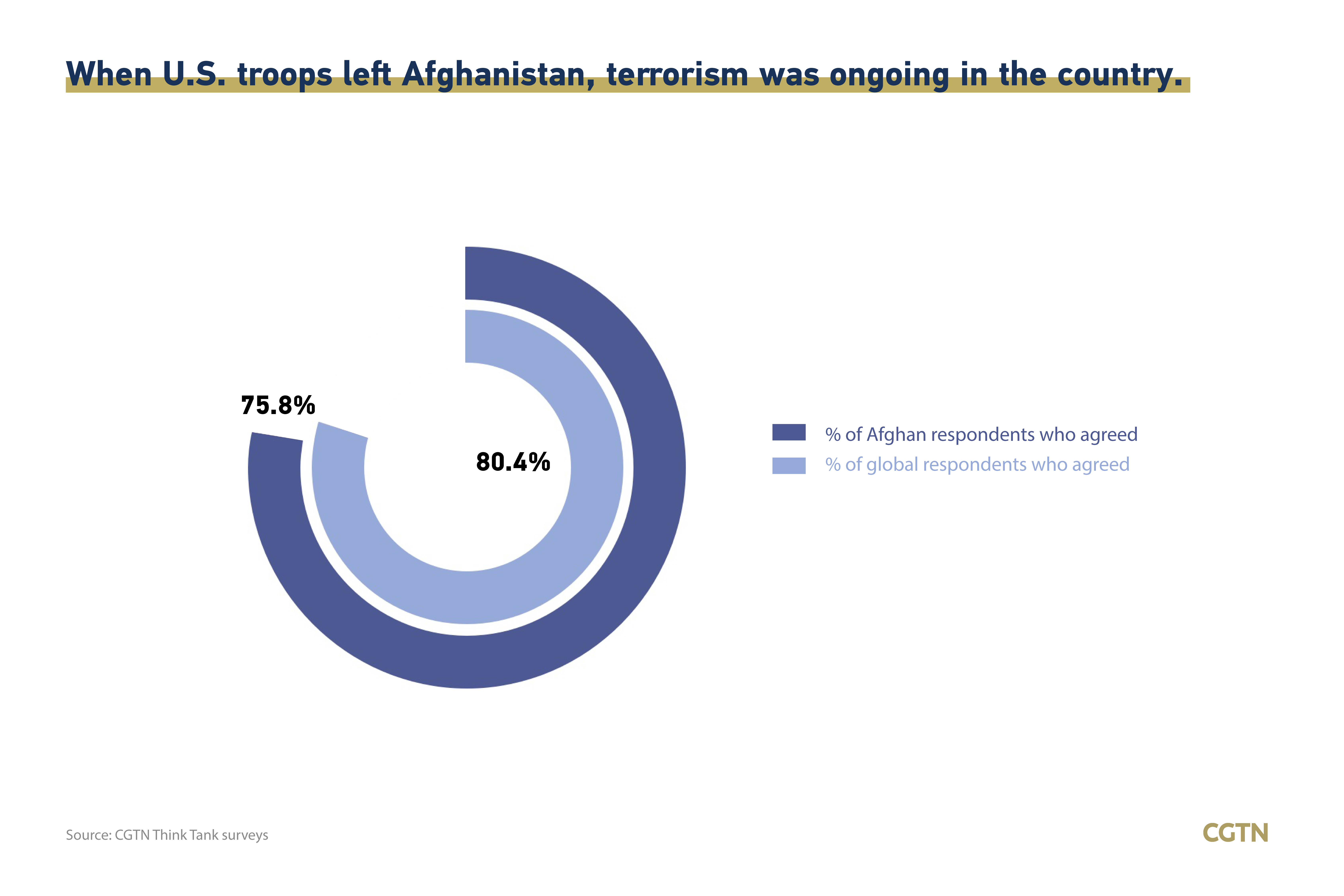 When looking back into the 20 years the U.S. military was in Afghanistan, over half of Afghan respondents (53.5 percent) said their country was "worse than before," the survey indicated.

During the war, Afghanistan faced severe challenges in security, economy and people's livelihood. According to the poll, 75.8 percent of Afghans and 80.4 percent of global respondents believe that the causes of local terrorism still exist, and poverty remained high in 2021 when U.S. troops left Afghanistan.

More than half of Afghan respondents said that the Afghan economy was in a more difficult position when the U.S. pulled out than in 2001, and Afghans were poorer in 2021 compared to 2001.

After freezing $7 billion worth of assets belonging to the Afghan central bank, U.S. President Joe Biden in February signed an executive order setting aside half the frozen assets to compensate the families of the victims of September 11 and transfer the remaining $3.5 billion to the Federal Reserve Bank of New York to establish a so-called trust fund for humanitarian aid to the Afghan people. 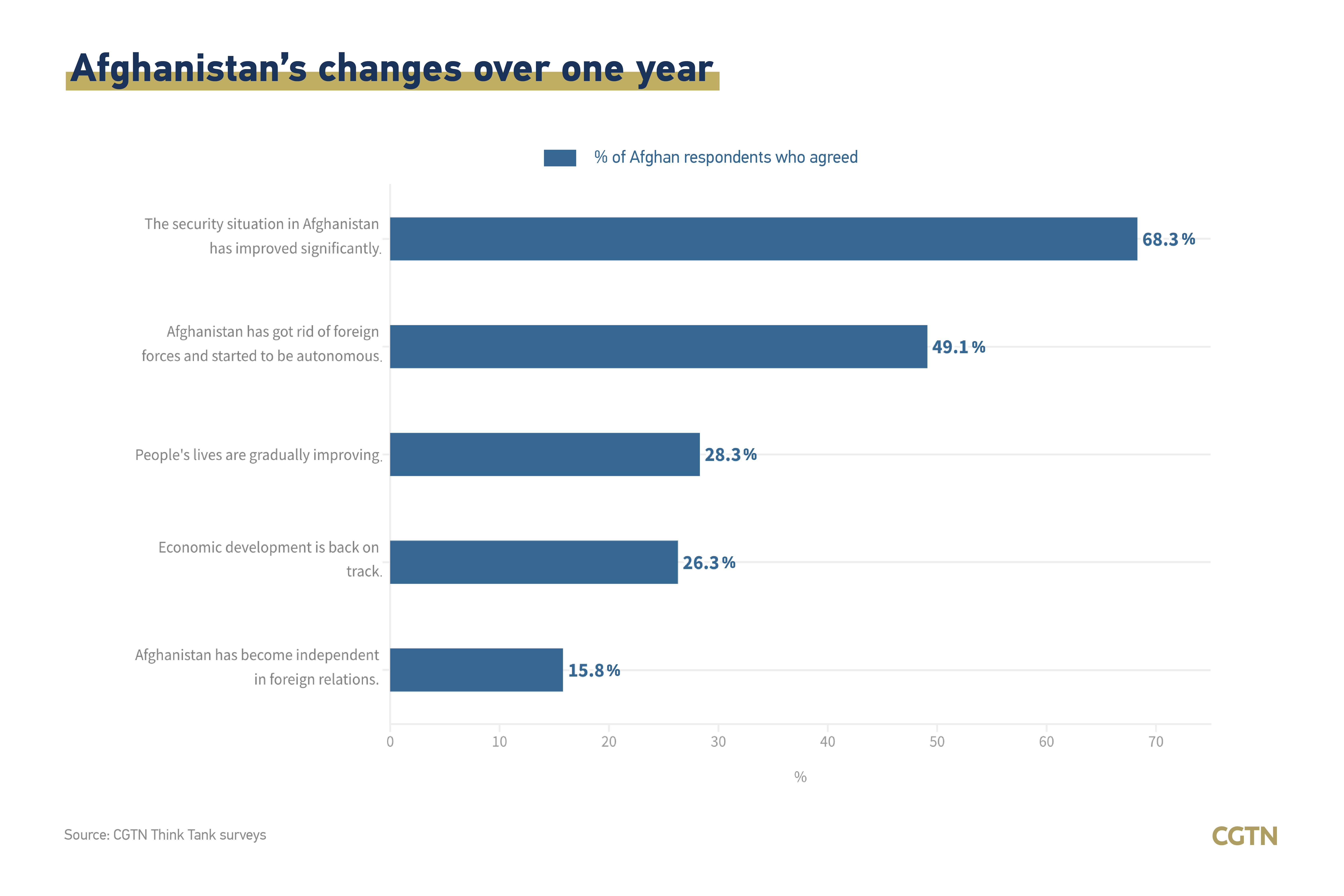 Nearly 60 percent of global respondents expressed optimism for the future of Afghanistan, the survey said. As for the biggest change seen by Afghan respondents in the past year, 68.3 percent of them believed that the country's security had improved significantly.

Over three quarters of people around the world approved of China's approach in aiding Afghanistan's reconstruction. China believes the rebuilding of Afghanistan should be led by Afghans. The proportion of those backing this stance was high among respondents from Afghanistan's neighboring countries (87.8 percent) and developing countries (81.8 percent).

Some 65 percent of those surveyed in Afghanistan said they believe neighboring countries, including Iran, Pakistan and China, play a key role in the rebuilding of the war-battered nation.