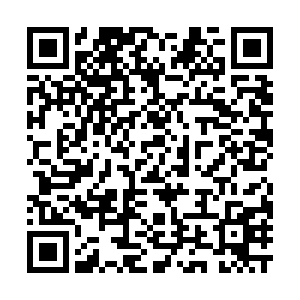 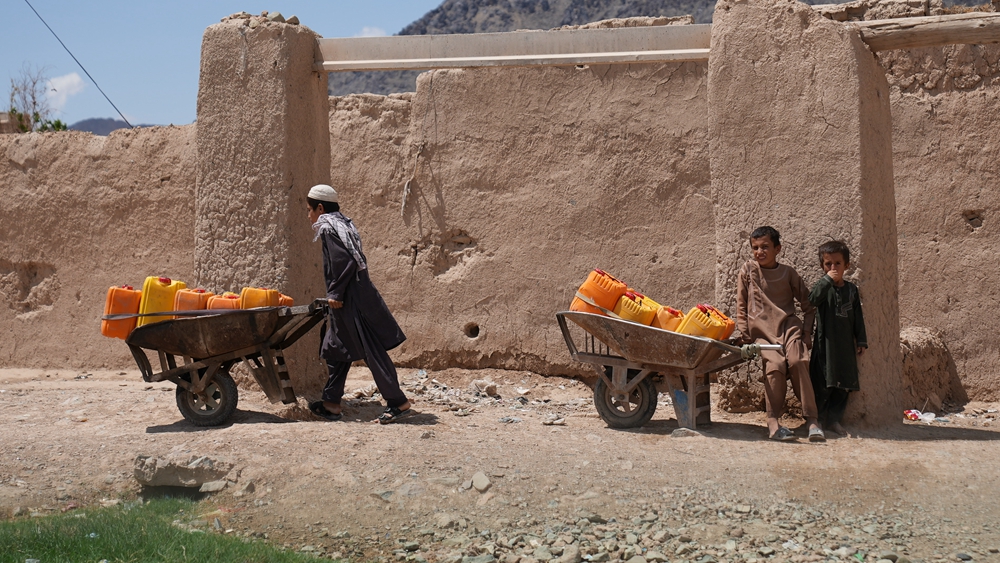 Children push carts full of water containers in a village in the city of Kandahar, southern Afghanistan. /CGTN

Children push carts full of water containers in a village in the city of Kandahar, southern Afghanistan. /CGTN

It has already been a year since the U.S. forces left and the Taliban took over, but hunger is still widespread in Afghanistan where families struggle to find food for their malnourished children as winter approaches.

"When I look at him now, he is really skinny. I did not eat much when I was pregnant, and he didn't either," Rahmani said, referring to her son.

As many as 18.9 million people – or nearly half of the country's population – are estimated to be acutely food insecure between June and November this year, while 4.7 million children, pregnant and lactating women face the risk of acute malnutrition, according to the situation report published by the UN World Food Program in July.

In order to prevent a humanitarian catastrophe, China has provided over 350 million yuan (about $50.6 million) worth of urgent humanitarian assistance to Afghanistan, including food supplies, medicines, vaccines and winter supplies.

China was also among the first countries to offer help after a devastating earthquake shook Afghanistan in June. It pledged 50 million yuan (about $7.2 million) in emergency humanitarian aid and dispatched relief supplies including tents, cots and blankets.

China upholds the reconstruction of Afghanistan should be "Afghanistan-led and Afghan-owned." It has always respected Afghanistan's sovereignty, independence and territorial integrity, and remained committed to supporting its pursuit of peace, stability and development.

In a recent global survey on the first anniversary of the U.S. withdrawal from Afghanistan, 76.7 percent of respondents from around the world approved of China's approach to aiding Afghanistan's reconstruction.

Conducted by CGTN Think Tank and the Chinese Institute of Public Opinion of the Renmin University of China, the survey gathered respondents from 24 countries including Afghanistan.

It showed that 65.7 percent of respondents from Afghanistan believed that neighboring countries, including China, Pakistan and Iran, play an important role in the rebuilding process of the war-battered country. 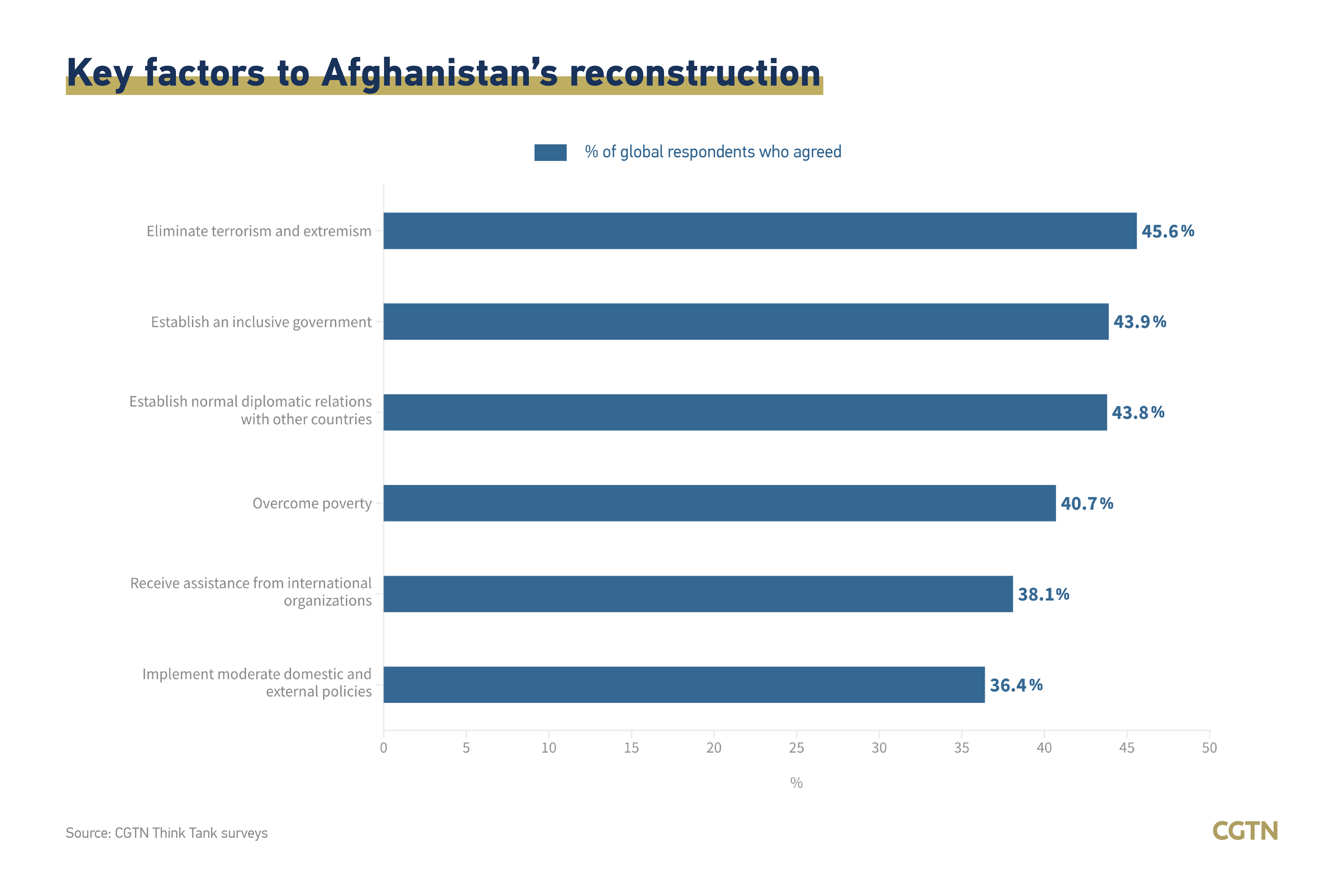 Meanwhile, 58.7 percent of global respondents expressed optimism about the rebuilding of Afghanistan, which mainly depended on three factors: the elimination of terror and extremism (45.6 percent), establishment of an inclusive government (43.9 percent) and normal diplomatic relations with other countries in the world (43.8 percent).