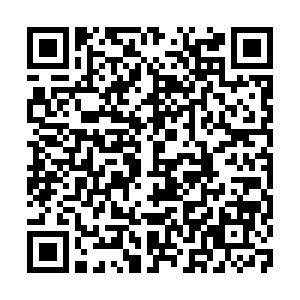 The number of internet users in China hit 1.05 billion in June 2022, with 99.6 percent of them being cellphone users, according to the 50th China Statistical Report on Internet Development released by China Internet Network Information Center (CNNIC) on Wednesday.

The report also noted that 74.4 percent of the Chinese population has access to the internet now, with diversified tools of mobile phone, desktop computer, laptop, TV and tablet computer. 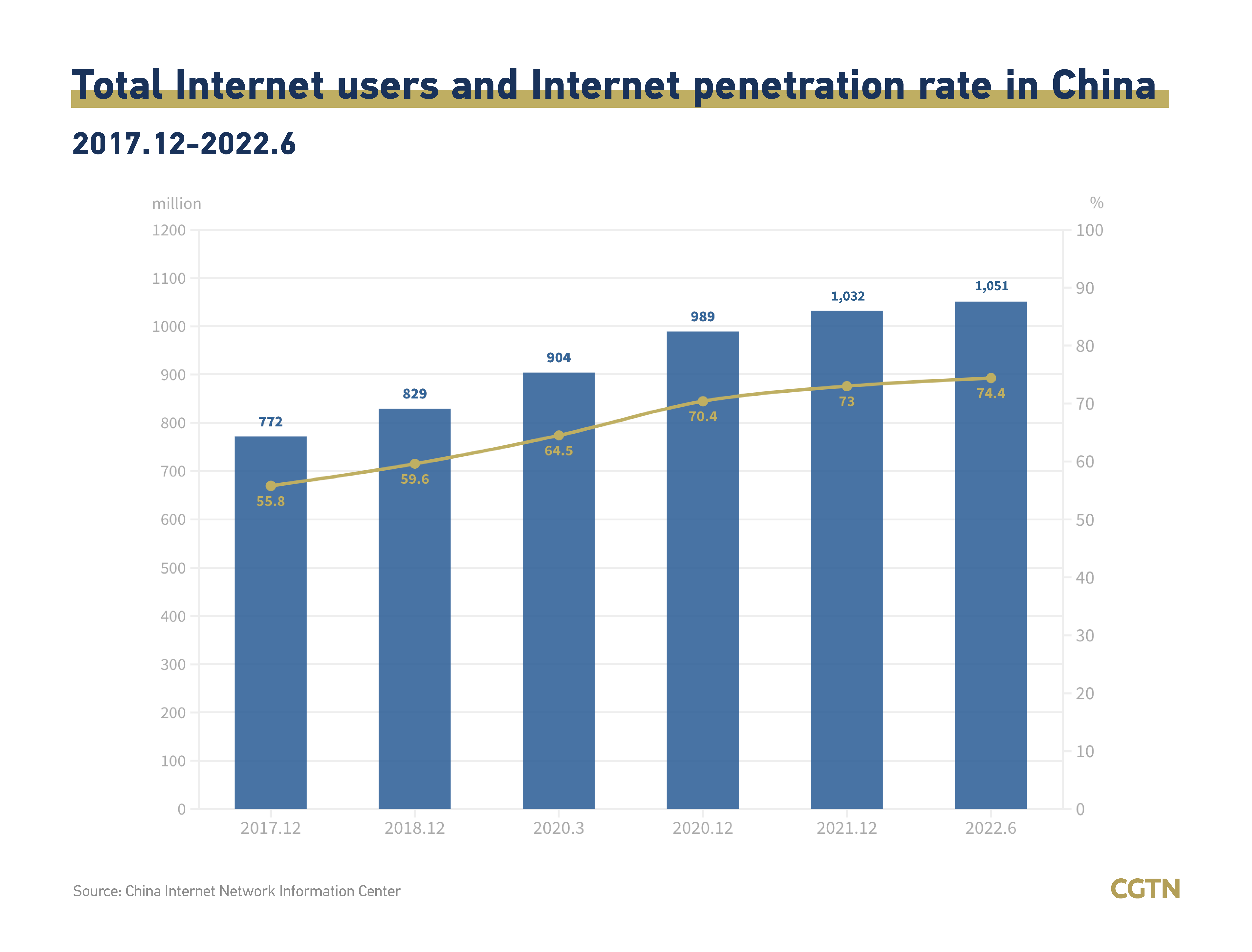 In terms of network infrastructure, the total number of domain names in China reached 33.8 million as of June 2022, with the number of ".cn "domain names hitting 17.86 million, up 0.04 percentage points from December 2021, according to the report.

By June 2022, China's gigabit optical network had the capacity to cover more than 400 million households, and 1.85 million 5G base stations had been put into operation, enabling "5G access to every county and village".

The total number of fixed internet broadband access users of three basic telecom enterprises (China Mobile, China Telecom and China Unicom) reached 563 million, with a net increase of 27.05 million over the end of 2021.

Among them, 527 million fixed internet broadband users are with access rates of 100Mbps or above, accounting for 93.7 percent of all users.

The construction of internet infrastructure in rural areas has also improved, with all administrative villages obtaining broadband access, pushing internet penetration rate in rural areas up 1.2 percentage points from December 2021 to 58.8 percent.

With a diversified network access, the average weekly online time of netizens was 29.5 hours, an increase of one hour compared with December 2021. The proportion of internet users using mobile phones reached 99.6 percent. Desktop computer, laptop, TV and tablet computer were used by internet users by 33.3 percent, 32.6 percent, 26.7 percent and 27.6 percent respectively.

As of June 2022, the number of China's short video audience saw the most significant growth, reaching 962 million, up by 28.05 million from December 2021, accounting for 91.5 percent of the total number of China's netizens. 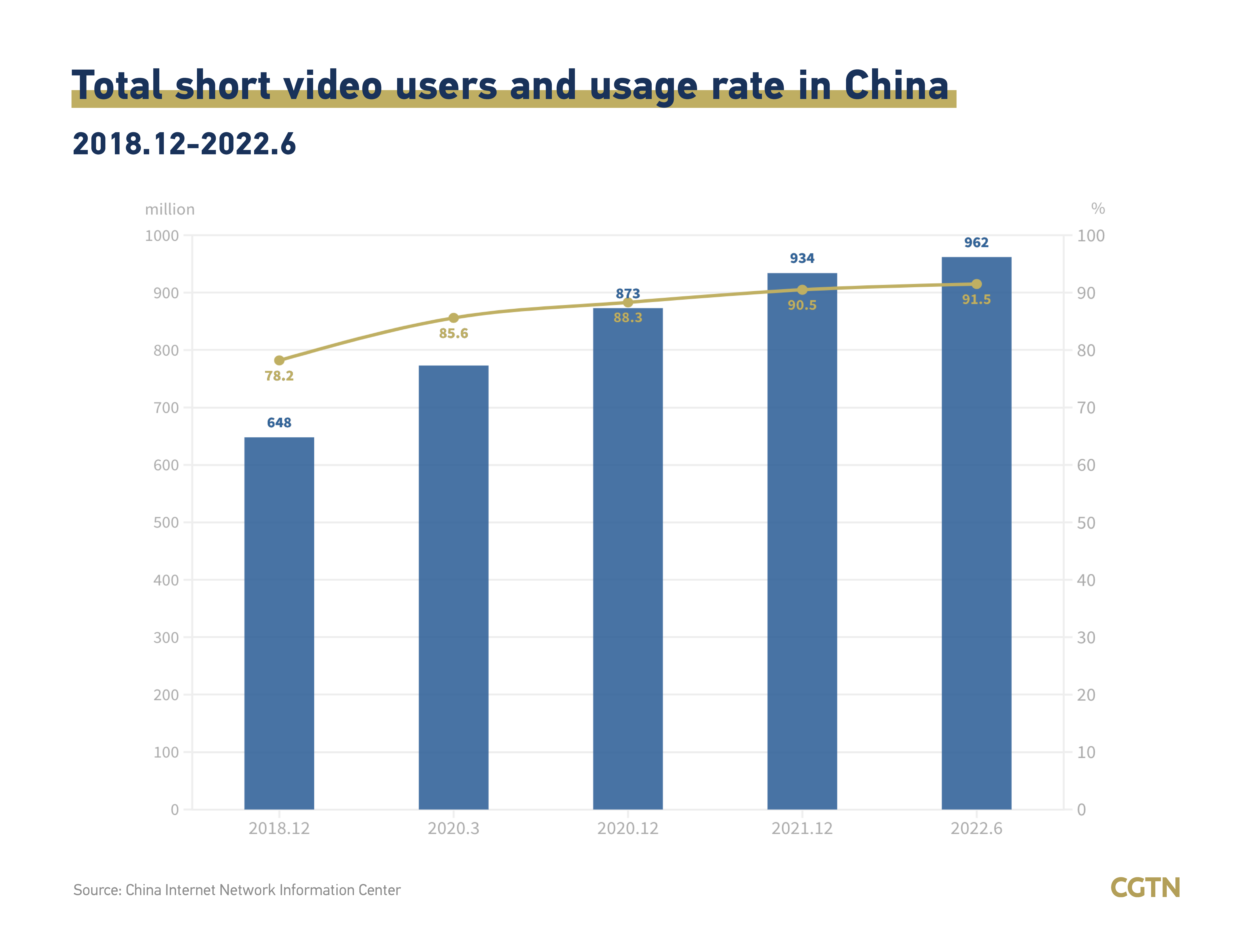 Moreover, the number of China's instant messaging users, online news users, webcast users and medical users have all been increased by June 2022. 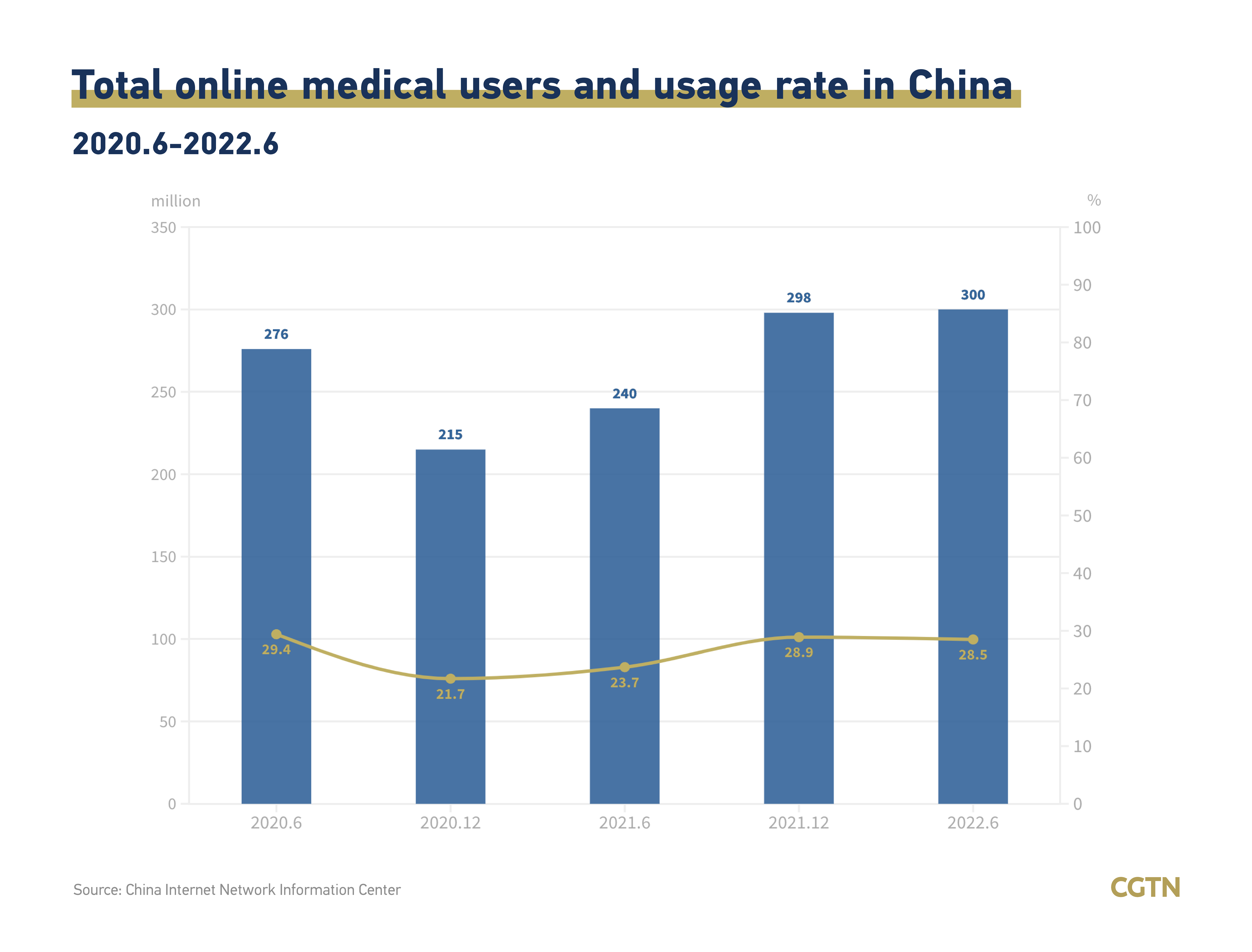