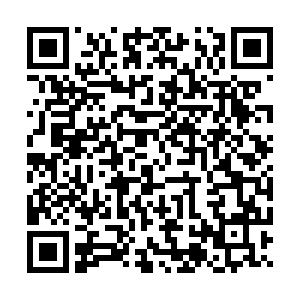 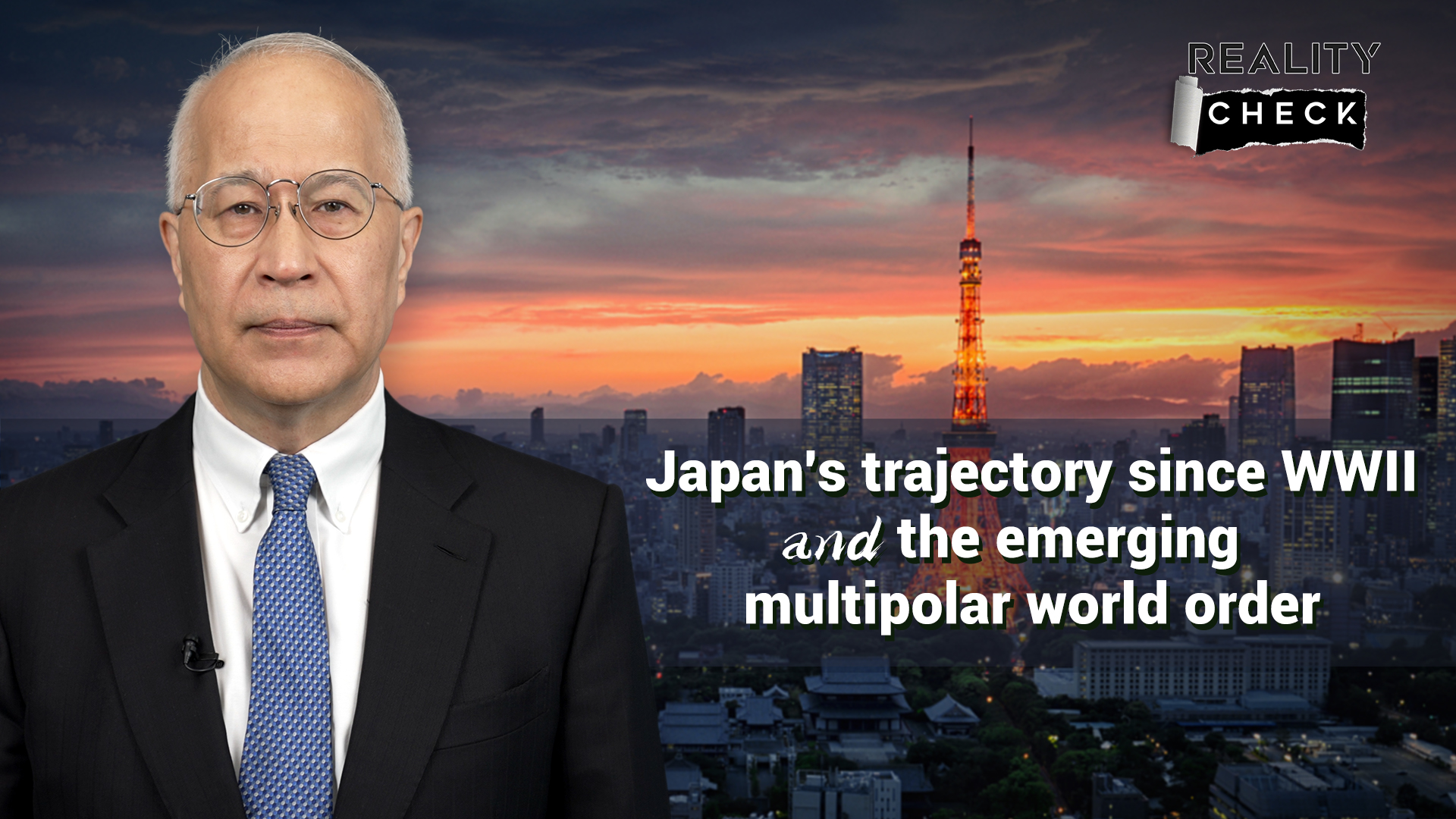 Editor's note: In 1854, U.S. gunboats forced Japan to open its economy and society. The western colonial ideas combined with Japan's aggressive Samurai culture resulted in the latter's attempt to colonize Asia during WWII. Till today, Japan's right-wing politicians refused to fully acknowledge or take responsibility for the country's past atrocities. What are the reasons behind? Einar Tangen, our current affairs commentator, tells more about Japan's history behind its current militarizing trajectory. The commentary reflects the author's opinions and not necessarily those of CGTN.

Hi, I am Einar Tangen and this is Reality Check.

As we look forward  to Japan's future role in the emerging world order, we need to understand Japan's history, and what influenced its longest serving prime minister.

From a feudal society ruled by competing warlords, Japan was put on its modem trajectory by US gunboats, which in 1854, forced Japan to open its economy to the West. The humiliation led to the restoration of the Emperor in 1868 and the beginning of the Meiji period, which lasted until 1912.

Between the late 1800's till 1945, Japan engaged in a series of armed adventures. Militarism, based on fascist ideas about Japan's innate racial and technological superiority, resulted in wars with China, Russia, Korea and eventually the United States.

The Japanese annexations in China, Russia and Korea, had revealed what life under imperialism was like. Japan systematically eradicated the language, culture, and identity of any areas under its control. Schools and universities were forbidden to teach or speak their native languages.

In Korea, for example, 200,000 Korean historical documents were burned, erasing the countries intellectual memory. All were told to forget their past and simply pledge their allegiance and labor to the Emperor.

For 7 years after its surrender, Japan was ruled under military occupation, as general MacArthur plotted his conquest of China and Russia, as a means of eradicating Socialism and Communism.

In 1947 the U.S., in essence, forced Japan to adopt a Constitution with a bicameral legislature, headed by the emperor. Unlike Germany, Japan was not forced to come to terms with its war crimes.

While a few Class A war criminals were tried and punished, others like Shinzo Abe's maternal grandfather Nobusuke Kishi, while imprisoned, were never tried, or fully punished for the atrocities they committed, instead he, like others, was released to create the Liberal Democratic Party (LDP), an American proxy against socialism and communism.

The LDP went on to dominate Japanese politics after WWII until present times. This has left a bitter legacy in China, Russia and the Koreas, as well as other Southeast Asian nations who suffered under years of Japanese aggression.

A bitterness magnified as Shinzo Abe and his allies, set about revising history, by minimizing Japan's actions, rewriting school textbooks to cast Japan as a benign country who sought only to bring order to its chaotic Asian neighbors.

Abe's refusal to fully acknowledge or take responsibility for Japan's past atrocities remains an issue even today for the comfort women, forced laborers and the families of those who were killed.

Since WWII, due to the U.S. Marshal Plan, Japan was able to rapidly rebuild its economy, but Japan's economic resurgence was curtailed, when it was forced to sign the Plaza Accord in 1985 by the United States. Since then, Japan's economy, while number 3 in the world, has moved sideways.

The brief recitation I have given makes it abundantly clear that Japan's historic adversary was, and continues to be, the United States. This has left only two logical choices for Japan, continue to be occupied and dominated by the U.S. or find a new path.

Shinzo Abe, grew up heavily influenced by his maternal grandfather, who he saw simply as a defeated victim of the United States. His dream was to reclaim the honor of his grandfather and Japan, as an independent nation, by taking control of its national security, revising its history and then asserting its economic independence. This meant, logically amending the Constitution, imposed by the U.S., finding a way to break the economic chains of the Plaza Accord, imposed by the U.S., and removing U.S. troops from Japanese soil.

Indications of his desire to accomplish this: In 2017, he scraped the 1% GDP defense spending cap. In 2018, he proposed that Article 9 of the Constitution, the "Pacifist Clause" in which Japan renounced war and the maintenance of "war potential."

He refused to take responsibility for past Japanese atrocities. He visited the Yasukuni Shrine, where the remains of Japanese war criminals had been moved years after the Japan's surrender. He had school textbooks rewritten to say that Japan was in fact a noble defender of Asia that had tried to save its neighbors from the aggressive colonialization of foreign powers.

So, while the man was assassinated, his ideas live on. While the new prime minister Kishida is not known to favor it, all indications are that the LDP Party as a whole, supports and has the votes now to pass the constitutional amendment to Article 9, ironically, due mostly to Abe's assassination and the groundswell of sympathy votes that gave the LDP the representatives in needed in its upper house.

As the emerging multipolar order starts to take form, one thing is clear, Japan still needs an enemy to justify removing the "Pacifist Clause," the DPRK alone is not enough, but the U.S.'s desire to contain a rising China, is.

But, one wonders if Washington has thought through the logical implications of Japan's trajectory. A Japan with a capable military of its own, possibly even nuclear, will no longer need a U.S. security umbrella. At which point it is probable that the world's third largest economy will asks the U.S. troops to leave, while it pursues its own independent economic future.

The memory of ancient civilization states are not counted, in decades and hundreds of years, as in the west, but in hundreds and thousands of years. In looking at the future of Asia and the part countries, like Japan, will play in the emerging world order, you must look to the past to understand their trajectory and the future.