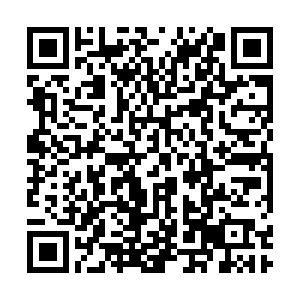 The road to MMA legalization in France was long, arduous and increasingly nonsensical.

It isn't just that France is so dominant in traditional sports – nor that it was legal almost literally everywhere else – but the country also has a history of excellence in combat sports: the Olympic judo team is one of the best in the world, savate-style fighters regularly dominate the Glory Kickboxing federation and Jean-Charles Skarbowsky is a legendary farang in Thailand.

It made no sense to have such incredible martial arts talent and also have the discipline that mixes it all together be illegal.

This was proven when the French government legalized MMA as a sport on January 1, 2020. Within months, domestic organization Ares MMA was launched and has since pumped out ridiculous amounts of talent. Within a year, Paris-born "Bon Gamin" Ciryl Gane became the first Frenchman to hold a UFC championship.

The belt in question was the interim heavyweight championship and his unification bout came against Cameroon-born French citizen Francis Ngannou. Ngannou and Gane have chiseled physiques and technical styles that put them on an echelon above all the other active heavyweights.

Between them, they have 31 fights – none in Paris. Until now. 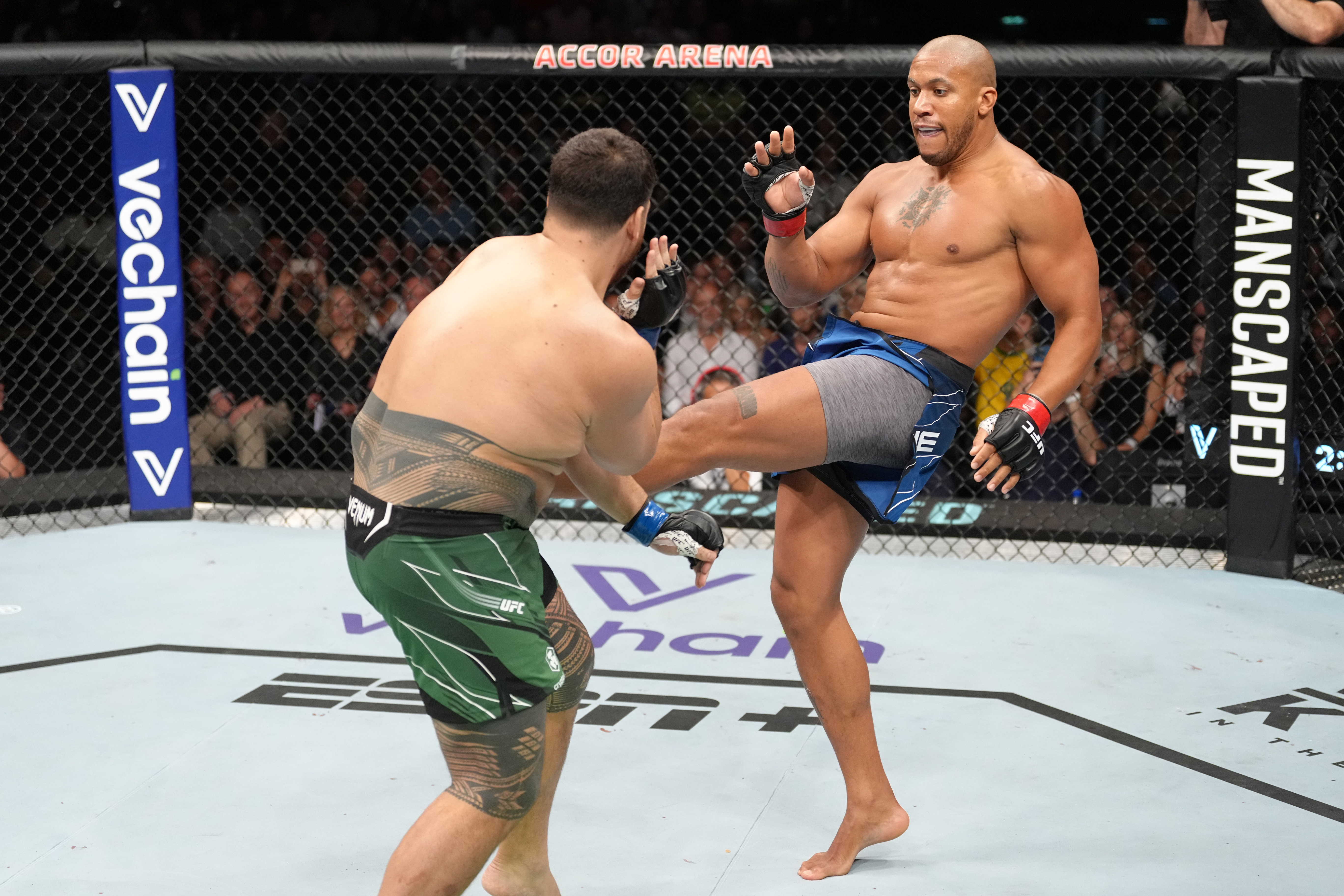 As Ngannou is in the midst of somewhat ugly contract negotiations and reportedly working towards a boxing match with Tyson Fury, it makes sense that the first UFC Paris event was headlined by Gane. In the absence of the world heavyweight champion, Bon Gamin is the next best thing.

Likewise, without a new generation heavyweight to be tested against, Gane's opponent is a blast form the past. Tai "Bam Bam" Tuivasa is a big, fat slugger whose happy-go-lucky personality (celebrating wins by drinking beer from a shoe, coming to the ring to "Lady Marmalade" by Christina Aguilera et al.) belies his five-fight KO win streak.

All of those wins by Tuivasa came in the first or early in the second round. However, his first round against Gane may end up being the one that has the most significance – and not for anything that happened in the cage.

While the two heavyweights jabbed at each other, as per usual, the Parisian crowd broke into a deafeningly loud rendition of "La Marseillaise." The commentary booth were silenced – commentator John Gooden said he was "lost for words" with more than a hint of emotion in his voice – and the two men in the cage almost seemed overwhelmed by the occasion.

In the second it got real. Very quickly. As if he was tired of getting jabbed by Gane, Tuivasa pushed through that range and clocked the Frenchman with a hard overhand right, knocking him flat. Trying to get his own Leon Edwards moment, Bam Bam leapt onto a prone Gane and started dropping ground-and-pound. His aggression was undone by sloppiness. Gane found his way back to his feet.

Before getting into MMA, Gane was a Thai boxing champion and a repeated criticism of his UFC tenure has been how he trended to treat his early fights like muay thai. In that discipline, it is often more effective to out-point your opponent than it is to try and knock them out. 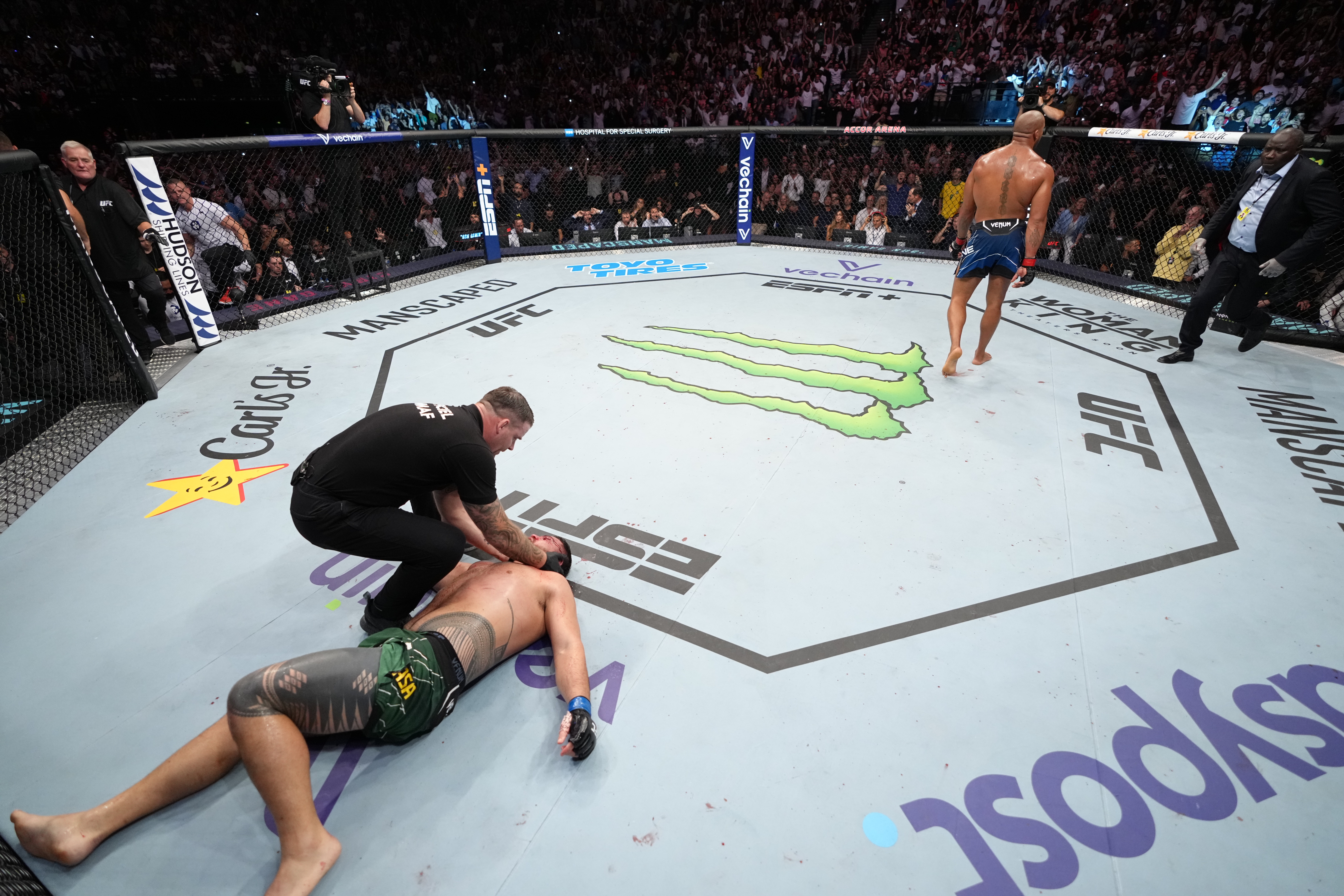 Reportedly Gane's team has spent more time trying to change his mindset than his skills. All it took was that knockdown to get him to revert to type. Rather than headhunt and finish the fight as quickly as possible, Gane started kicking to the body of Tuivasa. Over and over, he launched a variety of kicks to the torso – front kicks, roundhouse kicks, lead leg kicks – visibly winding Tuivasa, grinding him to a halt.

He was there for the taking, and Gane was trying, but he was now savvy to why they call Tuivasa "Bam Bam" and put in as much time avoiding haymakers as trying to finish the fight.

The third round continued as it meant to go on. Nassourdine Imavov, who fought earlier in the evening, is nicknamed "Le Sniper" yet it was Gane that lived up to that name with clinical body kicks from range. Each looked like it hurt, drawing audible winces from the crowd, only Tuivasa (who should now be nicknamed "Le Tank") refused to go down.

His mistake was treating the third round as if it were the first. Using the last of his energy, he rushed Gane, hoping to score another leveller – he found one instead. It spun his head around and with parallel broken, Gane knocked him down and out with a flurry of punches.

It was a spectacular finish to a spectacular fight. The crowd in the Accor Center exploded in adulation. Ciryl Gane lapped it up. In the Octagon, in the UFC, in Paris: he's home. There's only one thing missing: "I want the belt," he said to Michael Bisping post-fight. "That's all I want."

[Header: Ciryl Gane waves to fans while being interviewed by Michael Bsiping following his KO win over Tai Tuivasa in the heavyweight main event of UFC Fight Night: Gane vs. Tuivasa in the Accor Center in Paris, France, September 4, 2021. /Zuffa]