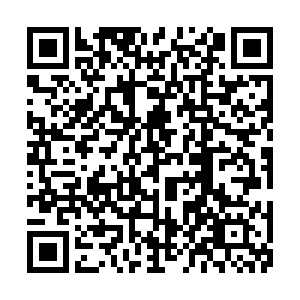 Editor's Note: Zhou Wenxing is an assistant professor at School of International Studies, Nanjing University and former Asia Fellow at John F. Kennedy School, Harvard University. Cheng Kunpeng is an official from Anhui Province's Hefei Development and Reform Commission and former visiting scholar at School of Social Policy & Practice, University of Pennsylvania, now working temporarily as a Communist Party of China community branch secretary in Hefei city. The article reflects the authors' opinions, and not necessarily the views of CGTN.

A new semester begins while hundreds of millions of Chinese students arrive at university campuses to chase after their dreams. This summer, more than 10 million graduates are departing from their campus lives to embark on professional careers. Some of them will join grassroots communities in central and western China to serve as civil servants.

According to the Global Times, a rising number of graduates intend to help with social development in grassroots communities. The graduates are in their twenties and thirties. Some hold a master's or even PhD degree from key universities including Tsinghua University and Fudan University.

But why are they pursuing this career path?

Many idealistic graduates believe that working in community-level positions can achieve their lifelong goals. Many highly educated people are driven by a strong sense of social responsibility. They pay greater attention to social issues while hoping to play bigger roles in public affairs.

Additionally, many graduates hailing from rural areas had left their hometowns and studied in urban cities, so they maintain deep feelings for rural life and their hometown villages. They cannot wait to make further contributions to narrow urban and rural gaps.

The graduates seeking to become civil servants at the grassroots level are also outstanding members of the Communist Party of China (CPC). They remain committed to promote the great rejuvenation of the Chinese nation. 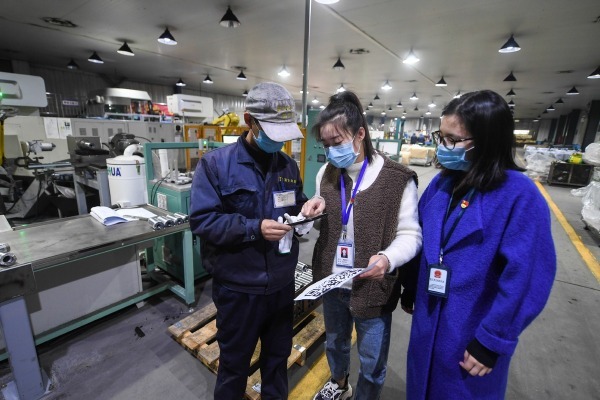 Two civil servants help a man apply for an e-permit for work at a company in the Fuyang district of Hangzhou, east China's Zhejiang Province, February 22, 2020. /Xinhua

Two civil servants help a man apply for an e-permit for work at a company in the Fuyang district of Hangzhou, east China's Zhejiang Province, February 22, 2020. /Xinhua

Another reason for young people to work in the grassroots is on account of challenging employment conditions. Many recent graduates don't have any formal work experiences. The slowdown in China's economic growth, caused by the COVID-19 pandemic, has created a bleak job market.

Let's take a closer look at Cheng Kunpeng, for instance: After receiving his PhD degree from Shanghai Jiao Tong University in late 2019, he worked at grassroots and now serve as a CPC community branch secretary of a village in Hefei City, Anhui Province, east China. He put into practice his anti-poverty thoughts that he learned from graduate school, as well as developed modernized agriculture with the help of platforms provided by the local government. He helped hundreds of villagers boost their household incomes.

Nonetheless there is little doubt that these graduates will face some frustrations when working in grassroots positions. Unlike the vast majority of their peers who have crowded into the metropolis and work in large enterprises, grassroots civil servants work and live in villages and even poverty-stricken locations.

But they are ready to help local residents. Dealing with village-level public affairs, such as combating the pandemic and mediating conflicts, is their daily routine. They frequently go to villagers' homes to solve problems, such as helping them to apply for medical insurance reimbursements, paying water and electricity bills, and providing care services for the elderly and disabled villagers.

Cheng Kunpeng will also leave the village where he worked for nearly two years. Meanwhile, many young graduates, working as grassroots civil servants, would get promoted to higher-level governmental agencies after completing a two-year grassroots working term. And they will benefit from the experiences. They will have a more profound understanding on the governance of China as a huge country. They will better comprehend the key principle of "from the people, to the people" and practice it.

The working experiences at the grassroots level are conductive to a more well-considered policy. This explains why Beijing has made great achievements in the past seven decades since the founding of the People's Republic of China, in accordance with the country's highly resilient modern governance system. By recruiting and cultivating talented young fresh graduates, the Chinese political system will become much more resilient and modernized.

The CPC announces that Beijing will develop a great modern socialist country by 2050, which can happen by viewing the higher number of enthusiastic graduates who are expected to serve as civil servants in the grassroots.