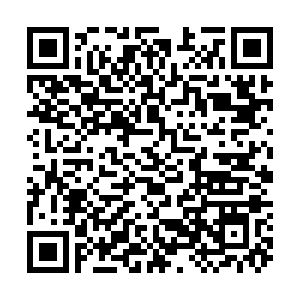 Every hour during the spring breeding season, a male oriental pied hornbill takes a foraging tour around its nest and flies back. Its wife and newly hatched babies wait inside for food. The diligent father carries fruits in its large beak and returns to its nest over and over again until nightfall. 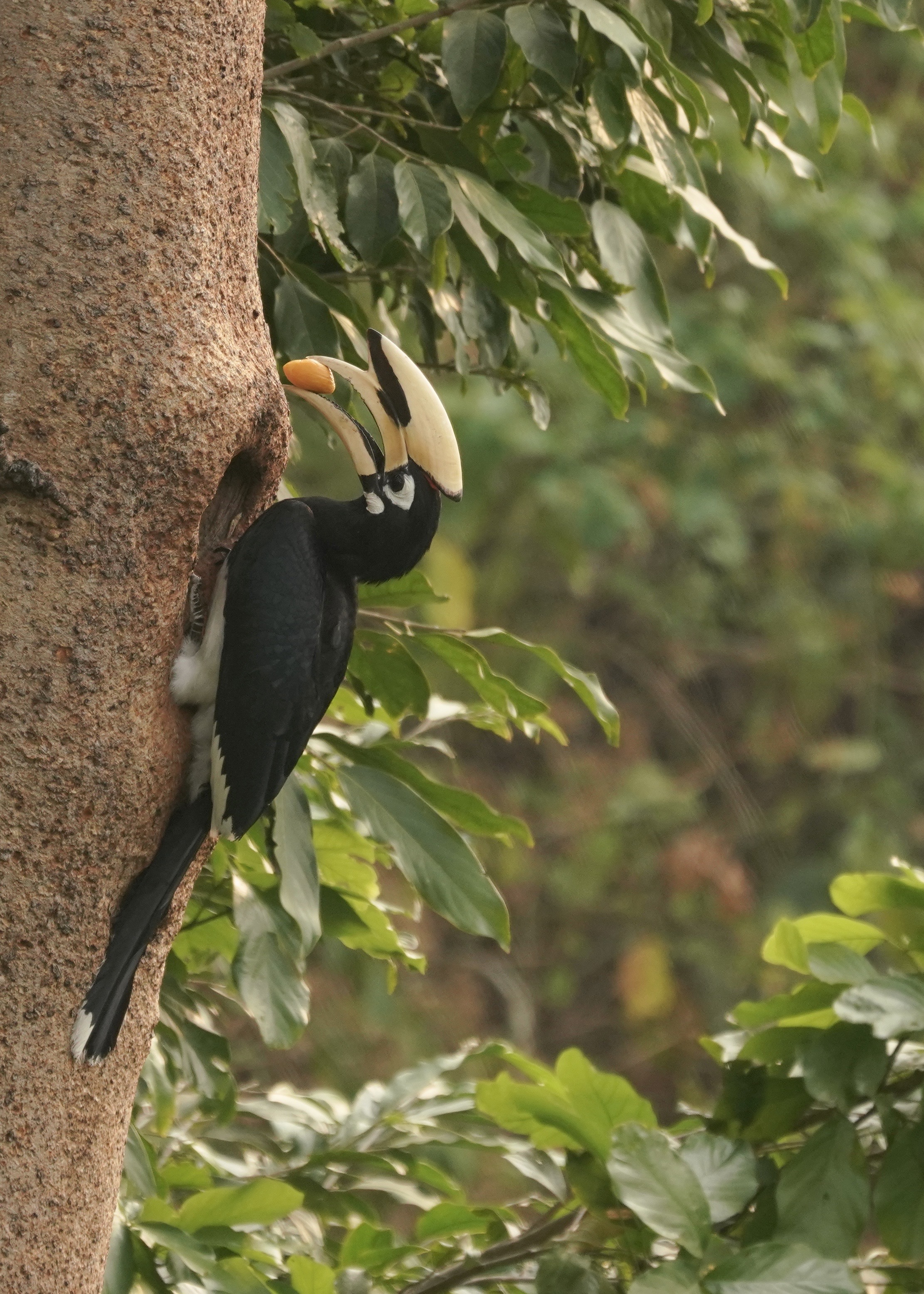 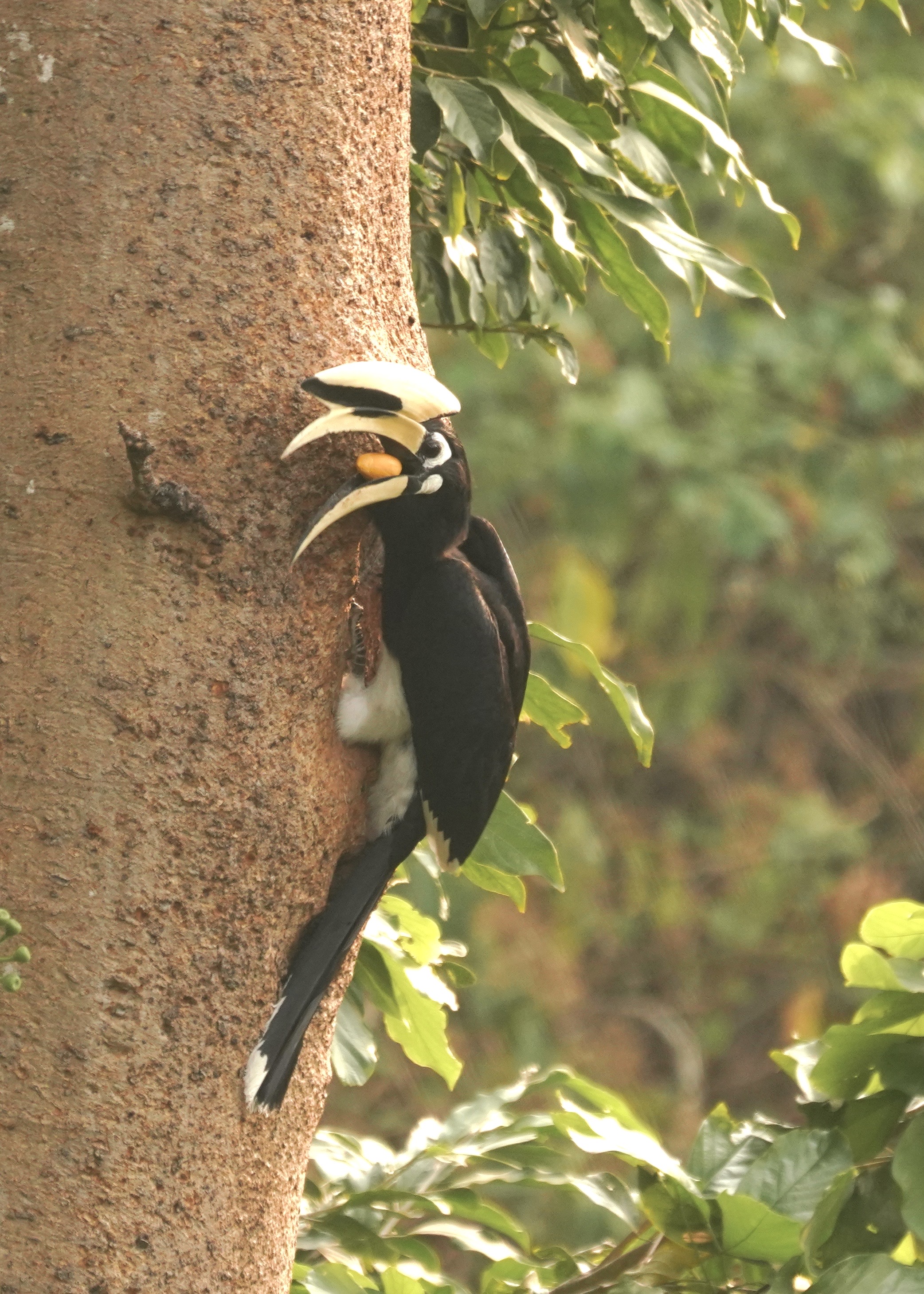 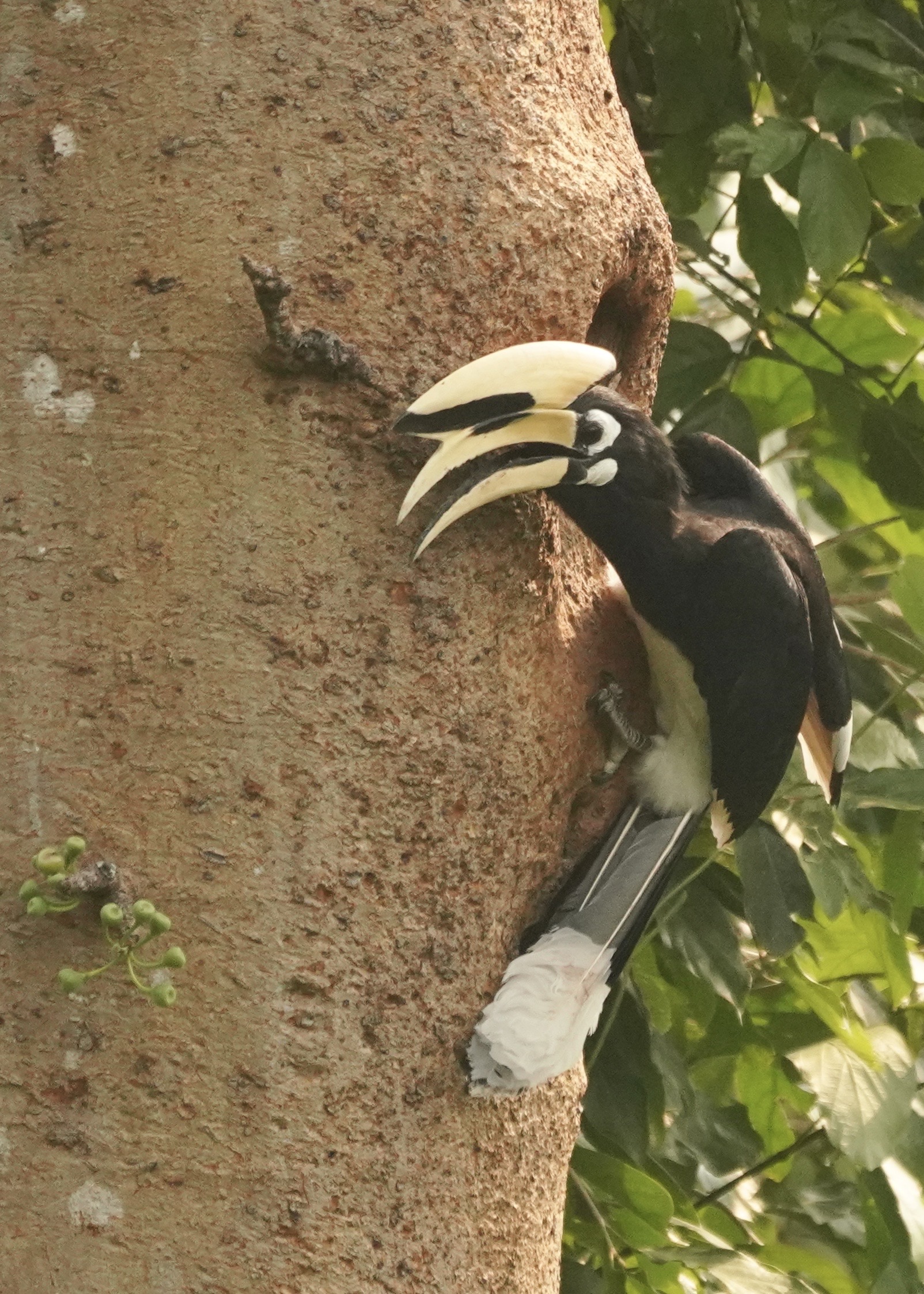 Oriental pied hornbills are distinguished by the large yellow bills and a yellow or white casque with a large black patch. Like most other hornbills, they build their nest in the middle of a tree. After mating, the females stay in the nest to hatch the babies, while the males seal the nest with mud, leaving only a small opening. The females are confined for over two months. During that time, she and the new chicks rely on the male for their source of food until the chicks leave the nest.

According to Ban Dingying, chairman of the birdwatching association in Yingjiang, compared to other hornbills that forage about every three hours, male oriental pied hornbills are more hardworking, probably because they have to raise more chicks.

"Other hornbills, like the great hornbills and wreathed hornbills, have only one new chick every year, but our observation over the years shows that oriental pied hornbills have two or three each year, which means that the father will just have to work harder to provide food," Ban said.

The bird, rated as "Near Threatened" by IUCN's Red List of Endangered Species, can be found in the tropical rainforest in southwest China.

(All images by Fang Qiaoran)