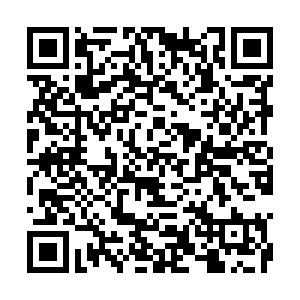 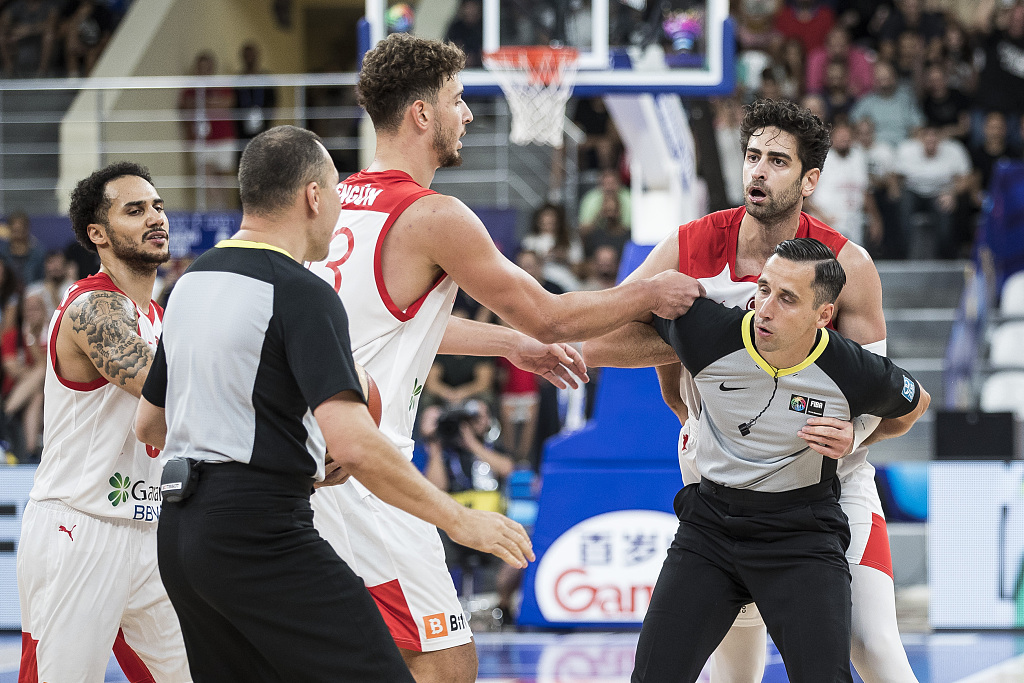 Referees and players of Türkiye try to keep Furkan Korkmaz (R, Back) from further clashing with Georgian players in the EuroBasket 2022 game in Tbilisi, Georgia, September 4, 2022. /CFP

Referees and players of Türkiye try to keep Furkan Korkmaz (R, Back) from further clashing with Georgian players in the EuroBasket 2022 game in Tbilisi, Georgia, September 4, 2022. /CFP

The Turkish Basketball Federation (TBF) threatened to pull its national basketball team out from the ongoing EuroBasket 2022 after their NBA player Furkan Korkmaz was attacked near the locker room by Georgian players on Sunday.

Türkiye lost to Georgia 88-83 in double overtime (OT) in Sunday's game in Tbilisi, Georgia. Korkmaz was fouled by Duda Sanadze when he broke into the paint and the two butted heads and exchanged words. They were separated by their teammates and then were both ejected. So was Türkiye's head coach Ergin Ataman in the second OT.

"While Furkan Korkmaz was walking in the hallway to the locker rooms with our trainer, Georgia's players who were not in the active roster attacked him together with the ejected player (Duda Sanadze) and the police," TBF Vice President Omer Onan said. "There should not be an attack on the player that goes to the locker room. At the end of the match, 30 policemen each pushed us into a fight. We got into a fight with Georgia's official police."

"I am calling out to FIBA and I have also told FIBA's officials. Let no one deceive themselves or think that we are stupid. They will bring us all the camera footage from that corridor minute by minute without anything missing. If those cameras do not come to us, we will leave this tournament," Onan added. 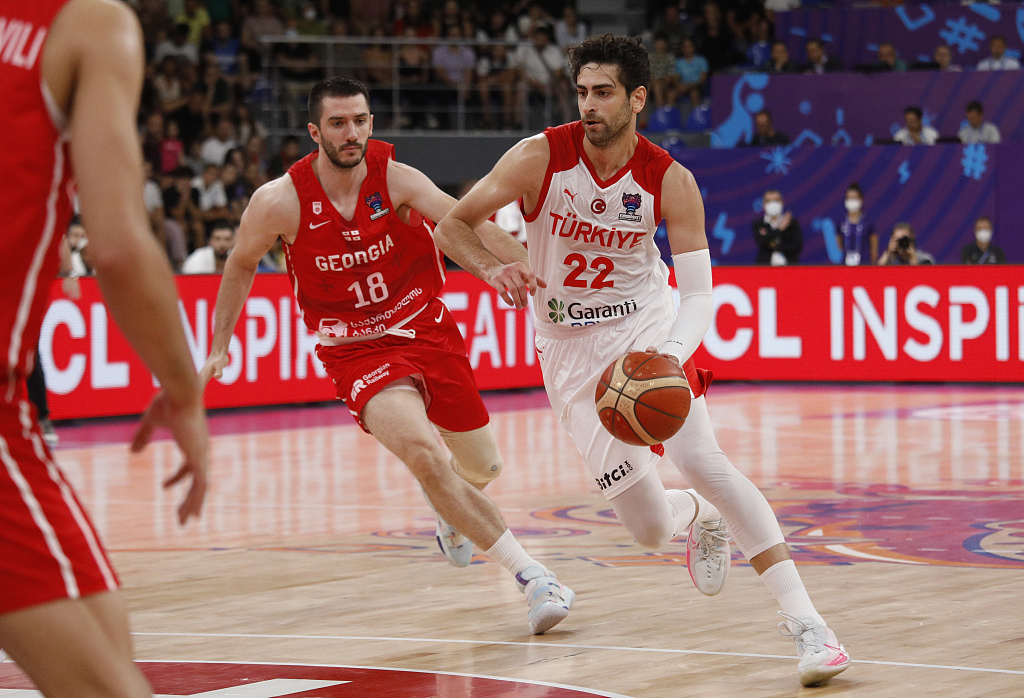 Furkan Korkmaz (#22) of Türkiye penetrates in the EuroBasket 2022 game against Georgia in Tbilisi, Georgia, September 4, 2022. /CFP

Furkan Korkmaz (#22) of Türkiye penetrates in the EuroBasket 2022 game against Georgia in Tbilisi, Georgia, September 4, 2022. /CFP

"Today, the Georgian players and some security guards in the hallway disrespected us. We came here to play basketball, not for anything else. So everything should stay on the court, but unfortunately, a big scandal took place off the court," Türkiye's assistant coach Hakan Demir said.

He also questioned the game clock for Sunday's competition. The clock should have paused after Korkmaz was fouled but it didn't. Neither did the working staff reset the time after that. As a result, Demir claimed that 22 seconds were "gone" from the game.

Georgia secured their first win at the tournament on Sunday They are currently 1-2 and fifth among six teams in Group A. Türkiye, which are 2-1, rank third in the group. Top four teams of each group will reach the Round of 16.