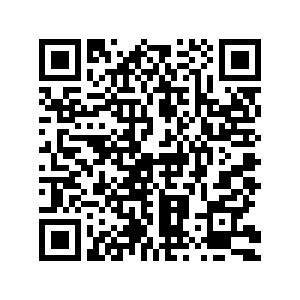 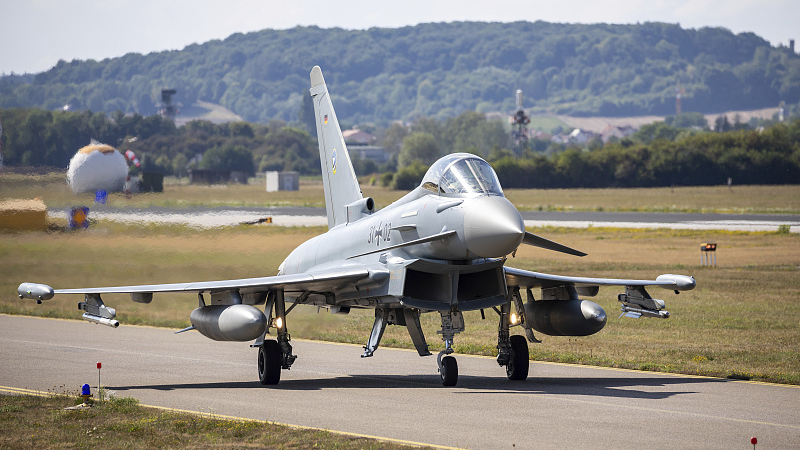 A German Eurofighter gets ready for takeoff at Neuburg Air Base in Neuburg An Der Donau, Germany, August 15, 2022. /CFP

A German Eurofighter gets ready for takeoff at Neuburg Air Base in Neuburg An Der Donau, Germany, August 15, 2022. /CFP

After 21 days, the daily roar of fighter jets over Darwin in northern Australia has come to an end. The exercise is a biennial three-week multi-national large force deployment exercise involving around 2,500 personnel.

An Air Force spokesman said Exercise Pitch Black featured a range of realistic, simulated threats which can be found in a modern battle-space and is an opportunity to test force integration, utilizing one of the largest training airspace areas in the world.

Pilots need to train and the vast open spaces of Australia's northern territory are an ideal environment. But, the 2022 exercises bring a different focus to that of previous years.  Besides the usual participants, Australia and the United States, there are 14 other countries involved.

Some understandably participate because they lack the wide open air space that facilitates pilot training. This includes Singapore, Thailand, Malaysia and Indonesia.

The participation of other countries signals a wider strategic objective and a rapid move to expand European activity in the region. This smacks of a return to colonialism where European countries believed they had the right to interfere and control the Asia-Pacific region.

The participation of the UK, Germany, France and the Netherlands means the return of these colonial powers to the region for the first time since they were forcibly expelled following World War II. These countries are members of NATO, but their involvement is not yet confirmation of NATO expansion into the Asian-Pacific region.

Germany flew direct to Singapore as the first act of the Operation Rapid Pacific 2022 deployment. "Rapid Pacific is the largest and most challenging deployment the German Air Force has ever seen," said the Chief of the German Air Force, Lieutenant General Ingo Gerhartz. The second act, staged as they depart Australia, involves flying an awkward dog-leg flight path that passes through the Taiwan Strait, replacing the direct route from Darwin to South Korea and Japan.

This begs the question: Why would Germany see a need to deploy to the Pacific? Its colonial possessions in the Pacific and China are no longer under German control. The same question can be asked of the Netherlands which was expelled from Indonesia after a long and bitterly fought conflict. 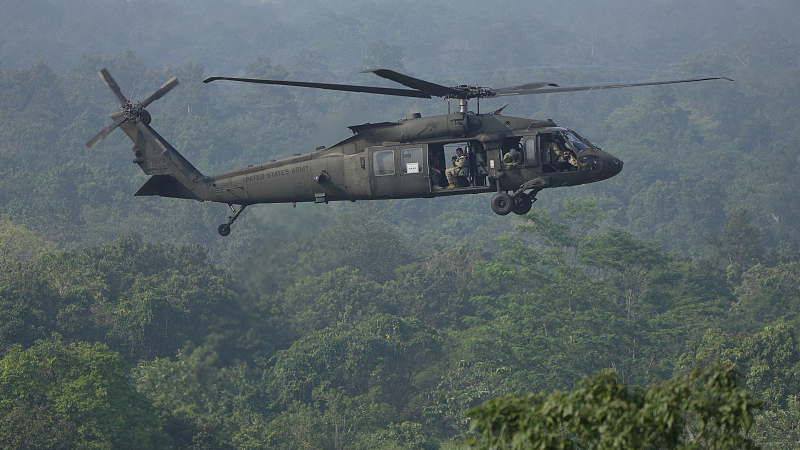 Former UK Prime Minster Boris Johnson pined for boy's own adventures and British dominance, so the involvement of the UK in these exercises comes as no surprise. Johnson made his intentions clear with his new brand of gun-boat diplomacy deploying British warships to the South China Sea.

Only Australia and New Zealand have been unable to cut ceremonial ties of the British empire. Malaysia, Singapore, and India are no longer subjects of a foreign European government.

The expulsion of the French from Vietnam, Laos and Cambodia has left them with a rump of small islands in the Pacific. It is only the French who have not entirely withdrawn so their participation in Exercise Pitch Black can be justified by their continued presence in the region.

This gathering of former colonial powers for Exercise Pitch Black goes beyond providing  support for Australia's claim that this enhances regional security and establishes closer ties in the Asian-Pacific region. Their participation suggests a resurgence of European desire to interfere with the development of the ASEAN region which harks back to the days of colonial exploitation. This is not a benign objective and their return is not something welcomed by those who suffered greatly in achieving their expulsion.

This is also the context through which Japan's "self-defence" force involvement is placed. Japan's colonial expansion was short-lived in comparison to the domination of European colonialism. But, it cannot be erased from the history of the region. Japan's frequent involvement takes place within the militaristic expansionism promoted by Prime Minister Shinzo Abe and Fumio Kishida. The self-defense of Japan does not involve long range-refuelling proficiency.

Exercise Pitch Black was publicly promoted as a series of independent exercises involving the modern equivalent of dog fighting. In addition to this was the much greater emphasis on air to air refueling using a wide range of aircraft from different air forces. These skills are required for long range missions emanating from bases far distant from the theatre of engagement.  It's not a skill in high demand in the confines of Europe where NATO bases cluster along the borders with Russia.

Exercise Pitch Black has always involved a strategic component. The 2022 exercise has revealed a strategic approach from European participants that inevitably will heighten tensions within the region. There is little desire amongst those who expelled their colonial masters and their later Japanese substitutes, to see their return. This hankering for past colonial glory is an unhealthy, flimsy cloak that does little to preserve the peace.