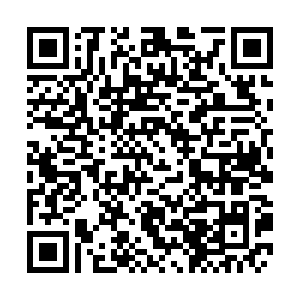 Countries within the Shanghai Cooperation Organization (SCO) have achieved win-win cooperation and will accomplish much more in the future, a Chinese envoy said ahead of the 2022 annual summit of the SCO Heads of State Council.

In an interview with China Media Group on September 4, Jiang Yan, China's ambassador to Uzbekistan, praised the Uzbek city of Samarkand, where the summit will be held from September 15 to 16. She said the Uzbeks had invested a tremendous amount of resources in improving infrastructure in the city, turning it into a venue where international guests will feel much welcomed.

"This is the first time Uzbekistan holds a large-scale international event outside its capital city," the ambassador said. "As a famous historical city on the Silk Road, Samarkand will leave a great mark on the development of the SCO."

Today's SCO covers about a quarter of the Earth's land area, and accounts for 40 percent of the world's population, Jiang noted. "The reason the SCO's international prestige and sway have been consistently expanding is because SCO countries have followed the path of win-win cooperation."

In 2021, the combined GDP of all SCO nations was $23.3 trillion, 13 times higher than when the organization was founded, and China saw its total trade volumes with other members reach $343.1 billion, a 40 percent rise from the previous year.

"These numbers indicate that SCO countries have vast potential for development," Jiang said.

In January, Chinese President Xi Jinping and his Uzbek counterpart Shavkat Mirziyoyev both attended a virtual summit that celebrated the 30-year anniversary of rapprochement between China and the five Central Asian countries. Aside from that, a bilateral meeting between the two leaders was also arranged during the Beijing 2022 Winter Olympics.

The two leaders summarized the progress of China-Uzbekistan relations and charted the course of future cooperation between the two countries, Jiang said.

The consensus between Xi and Mirziyoyev is being carried out actively, she said, adding that the docking between the Belt and Road Initiative and the "Development Strategy for New Uzbekistan" is being strengthened, and the China-Uzbekistan total trade volumes will soon meet the target of $10 billion.

(Cover: A view of the Rigiston Square in Samarkand, Uzbekistan. /CFP)