Download
Why China is speeding up research on core technologies
CGTN 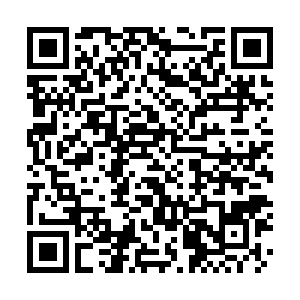 "Hello, everyone. I'm out of the module. I'm feeling good," Chinese Taikonauts Chen Dong said when he kicked off his spacewalk last week.

Since 2020, China has successfully carried out a series of flight mission, including the space station core module Tianhe, the Shenzhou-12 and Shenzhou-13 manned spacecraft, and the Tianzhou-2 and Tianzhou-3 cargo spacecraft, achieving remarkable progress in China's space program.

On Tuesday, Xi stressed improving a new system for mobilizing the resources nationwide to the core technologies research and development (R&D) while presiding over the 27th meeting of the Central Commission for Comprehensively Deepening Reform.

"Core technologies cannot be purchased, or obtained by asking a favor from others or by begging," Xi said during an inspection tour at Xi'an Institute of Optics and Precision Mechanics in 2015.

Since 2012, the Chinese president has highlighted the importance of scientific innovation and mastering core technology. Inspired by Xi, a large number of core technologies have made breakthroughs, making great strides toward the grand goal of China becoming a global leading power in science and technology.

The R&D in core technologies addresses major national needs. Cutting-edge solutions supported the implementation of major infrastructure projects such as the Hong Kong-Zhuhai-Macao Bridge and the Sichuan-Tibet Railway. The clean and efficient utilization of seabed oil and gas resources and coal, as well as the development of new-generation nuclear technologies, are vital to guaranteeing national energy security.

During COVID-19 epidemic, China has achieved a number of breakthroughs in vaccines, drugs and testing reagents. The number of approved new Class-I drugs in China has increased from five before 2012 to the current 79.

There are also a number of achievements with global influence. For instance, China has made the world's first observation of the three-dimensional quantum Hall effect and the controlled folding of graphene with atomic-level precision, and developed the world's first heterogeneous fusion brain-like computing chip "Tianji."

Opening wider to the world

Last year, China announced to open its Five-hundred-meter Aperture Spherical Radio Telescope (FAST), the world's largest filled-aperture and most sensitive radio telescope, to all scientists. Till June, the FAST has provided observation service to 27 scientific projects in 14 countries around the world.

The opening of FAST is one of the examples demonstrating that China is seriously expanding the circle of friends in science and technology.

Addressing a meeting conflating the general assemblies of the members of the Chinese Academy of Sciences and the Chinese Academy of Engineering (CAE), and the national congress of the China Association for Science and Technology (CAST) last year, Xi has called on Chinese sci-tech workers to promote openness, trust and cooperation with the international sci-tech community, actively participate in solving the major challenges facing mankind, and strive to promote the achievements of science and technology innovation to benefit more countries and people.

According to the Chinese Ministry of Science and Technology, China has built cooperative relations in the sci-tech field with 161 countries and regions, signed 115 intergovernmental agreements and joined more than 200 international organizations and multilateral mechanisms.

(Cover: Visitors check out the interior of a model of the core module of China's space station at an exhibition in China Science and Technology Museum in Beijing, China, March 21, 2021. /CFP)