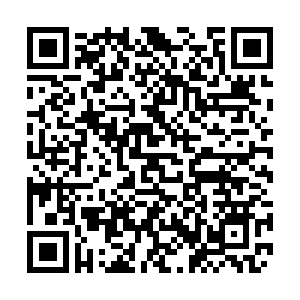 According to WMO's annual Air Quality and Climate Bulletin released on Wednesday, an anticipated rise in the frequency, intensity and duration of heatwaves and an associated increase in wildfires this century are likely to worsen air quality, harming human health and ecosystems.

"As the globe warms, wildfires and associated air pollution are expected to increase, even under a low emission scenario. In addition to human health impacts, this will also affect ecosystems as air pollutants settle from the atmosphere to Earth's surface," said WMO secretary-general Petteri Taalas.

"We have seen this in the heatwaves in Europe and China this year when stable high atmospheric conditions, sunlight and low wind speeds were conducive to high pollution levels," he added. 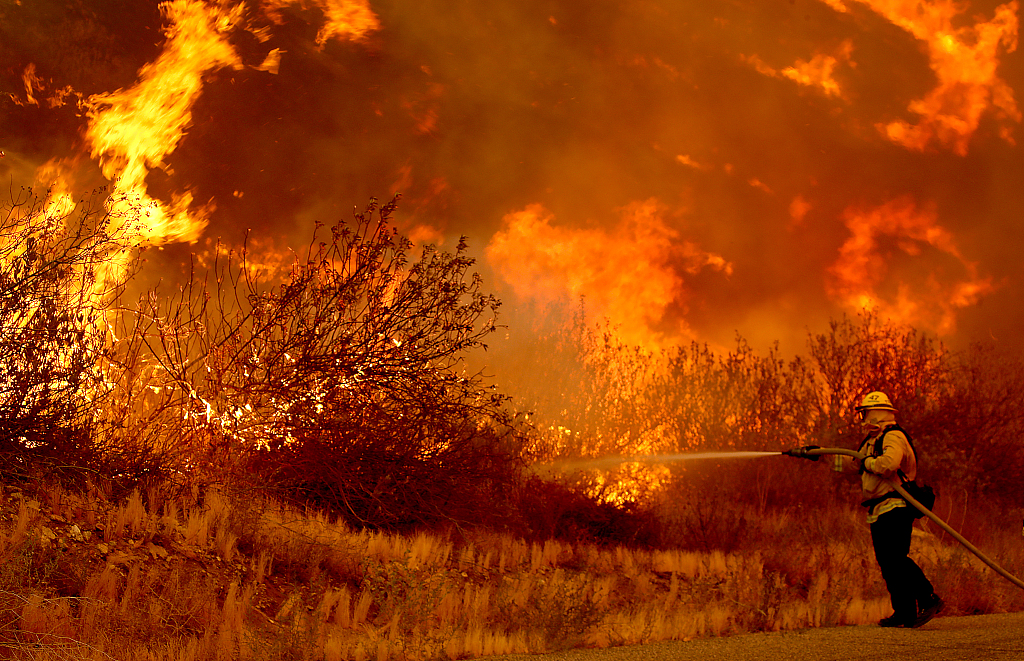 A firefighter battles the wildfire in Hemet, California, on September 6, 2022. /VCG

A firefighter battles the wildfire in Hemet, California, on September 6, 2022. /VCG

"This is a foretaste of the future because we expect a further increase in the frequency, intensity and duration of heatwaves, which could lead to even worse air quality, a phenomenon known as the 'climate penalty,'" he said.

The "climate penalty" refers specifically to the climate change amplification effect on ground-level ozone production, which negatively impacts the air that people breathe. The regions with the strongest projected climate penalty, mainly in Asia, are home to roughly a quarter of the world's population. 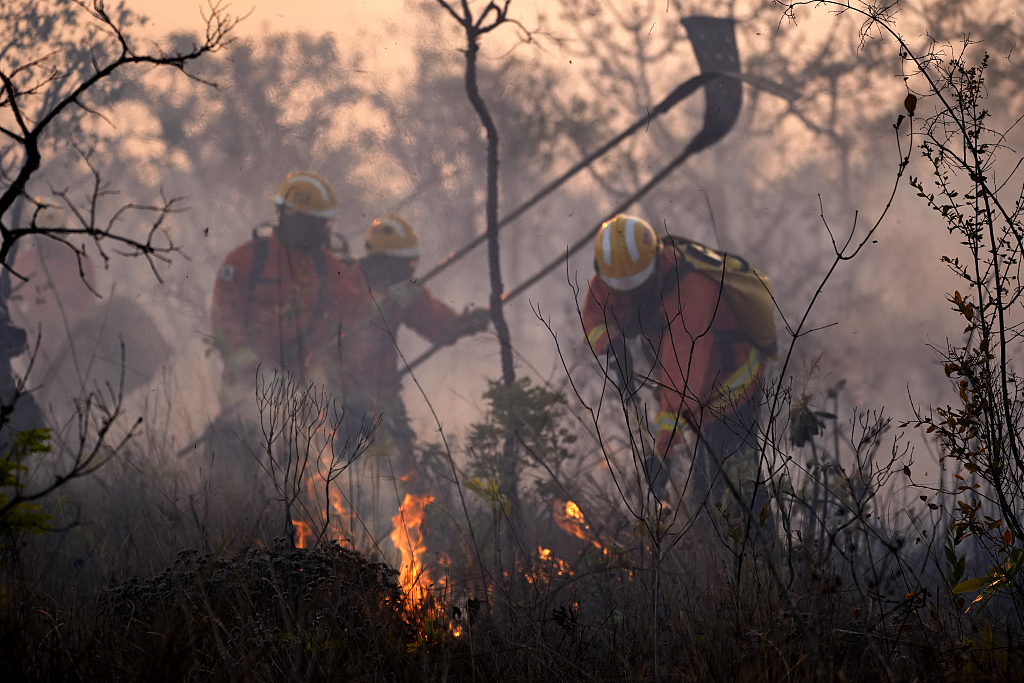 Firefighters work to put out large-scale fires in the native cerrado forest at the Parque Nacional in Brasilia, Brazil, September 5, 2022. /VCG

Firefighters work to put out large-scale fires in the native cerrado forest at the Parque Nacional in Brasilia, Brazil, September 5, 2022. /VCG

According to the Intergovernmental Panel on Climate Change (IPCC), the probability of catastrophic wildfire events is likely to increase by 40 to 60 percent by the end of this century under a high emission scenario, and by 30 to 50 percent under a low emission scenario.

If greenhouse gas emissions remain high and global temperatures rise by three degrees Celsius from pre-industrial levels by the second half of the 21st century, surface ozone levels are expected to increase across heavily polluted areas, particularly in Asia.

As a result, heatwaves -- which are increasingly common due to climate change -- are likely to continue leading to a degradation in air quality, IPCC said.