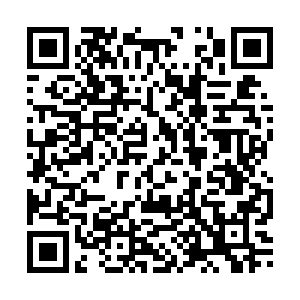 The Communist Party of China (CPC) will amend its constitution at the upcoming national congress.

Also reviewed at the meeting were a report on the implementation of an eight-point decision to improve Party and government conduct by the Political Bureau of the 19th CPC Central Committee, and a report on the work of rectifying practice of pointless formalities and reducing burdens at the grassroots since the 19th CPC National Congress, which will be held on October 9.

The Political Bureau of the CPC Central Committee last week said it will propose convening the 20th CPC National Congress on October 16 in Beijing.

Amending the constitution at the 20th CPC National Congress on the basis of the new situation and tasks would promote the development of socialism with Chinese characteristics and Party building, said a statement issued after the meeting.

It said the amendment must include the key theories and strategic thought presented by a report to be delivered at the 20th CPC National Congress.

The amended constitution must fully represent the latest sinicization of Marxism, new governance concepts, thought and strategies of the CPC Central Committee since the 19th CPC National Congress, and new experience in adhering to and strengthening Party leadership and in strict Party governance, according to the statement.

The draft amendment will be submitted to the seventh plenary session of the 19th CPC Central Committee for discussion.

The CPC constitution was last amended in 2017.

According the meeting, the 19th CCDI will hold the seventh plenary session on October 7.

The Standing Committee of the CPC Political Bureau highlighted the achievements in improving Party conduct since the 19th CPC National Congress, saying the Party and government conduct have been renewed and the social atmosphere has seen significant improvement.

Over the past decade, measures to improve conduct in the Party, government and society, such as the ones against waste on the dinner table, regulating the use of official vehicles and advocating streamlined funerals, have been introduced step by step.

After the promulgation of the frugality rules known as the "eight-point rules" for improving Party and government conduct in December 2012, a refined document of detailed rules was introduced in October 2017, raising standards.

The 107th monthly report released by the CPC CCDI and the National Supervisory Commission in August showed a total of 5,434 cases of violating the eight-point code were investigated and dealt with, and 8,185 officials were punished in July.

Noting that there is no end to the task of improving Party conduct, the meeting urged efforts to remain committed to implementing the eight-point decision on improving work conduct and the detailed rules for its implementation with perseverance.