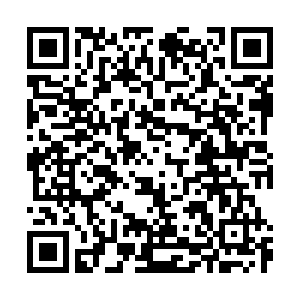 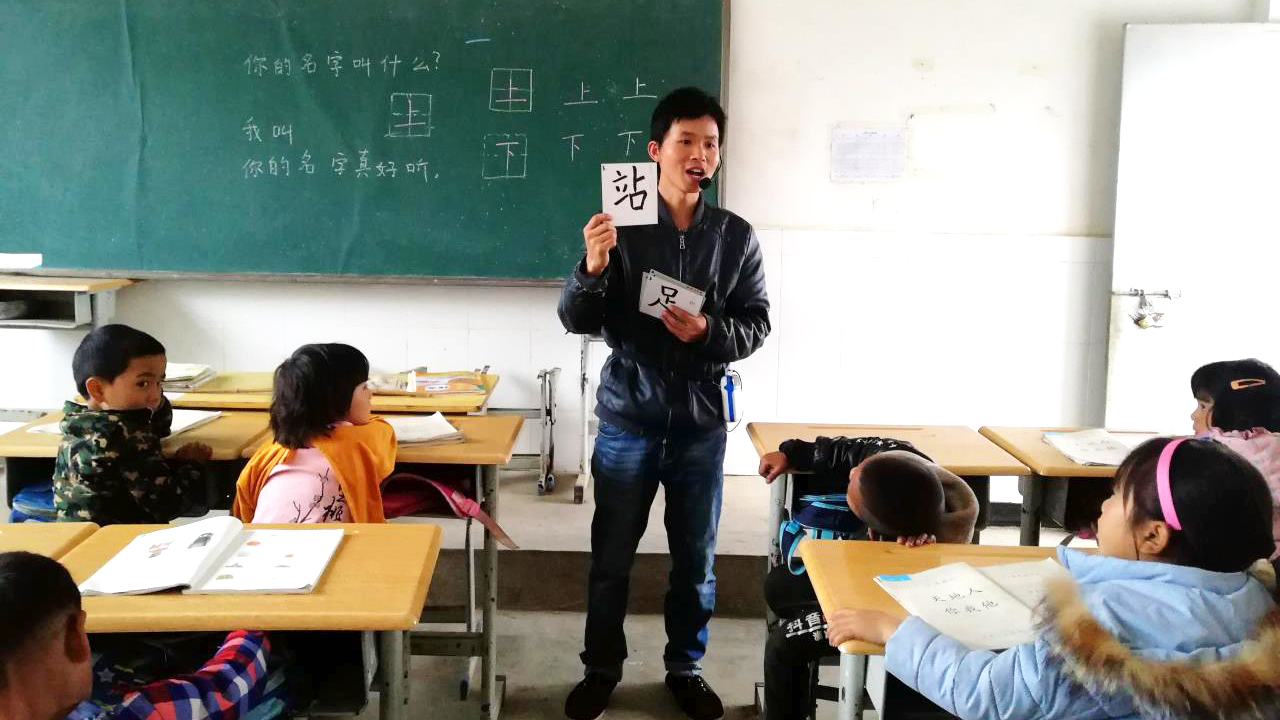 The young couple received many well wishes both online and offline because Hou, the 36-year-old groom, has become the most well-known volunteer teacher on China's social media in recent months.

During the past 11 years, Hou has been traveling and teaching in rural schools across three provinces in Southwest China. His teaching life in a remote primary school has become a sensation on video-sharing platforms such as Douyin, the Chinese-version TikTok, gaining over 10 million likes.

After learning about the shortage of teachers in China's remote mountainous regions upon his college graduation, Hou decided to enroll in a volunteer program in 2011.

The program, funded by government agencies since 2003, sends college graduates to China's underdeveloped western regions to work for one to three years in different fields, such as education, agriculture and rural management.

Born into a rural family, Hou knows how life-changing education can be for a rural kid. When most young people were competing for places in big cities, Hou headed deep into the mountains.

For Hou, the most difficult aspect of teaching in a remote village was not the quirky dialect, steep mountain trail, scarcity of water or the meagre income that come with it. For two years, he battled to end the alarming drop-out rate among his students in Dahua, Guangxi Zhuang Autonomous Region. Locals often saw little reason to support school education for their children, especially girls.

"The number of students tended to dwindle after winter vacations," said Hou. "After the Chinese New Year, some were brought to big cities to work when they were old enough."

Since the 1990s, migrant work has gradually become the main route of employment for rural laborers. Working in cities emerged as the most popular path for young people from rural regions to earn a decent income and become independent early, but at the cost of their education.

Studies into the high drop-out rate of rural students in middle school show that students from financially disadvantaged families often feel anxious about the burden of education on their parents and are more likely to drop out when they have poor grades.

Hou recalled that a quiet student once asked him for help when her father suggested that she should give up her education so that she could help at home and prepare for work. Picking up a flashlight, Hou went to the girl's home right away after school. That night, the girl's father promised to let her at least complete nine years of compulsory education, which in China includes tuition-free elementary and middle school.

The teacher left the primary school after his two-year volunteer program ended, but he kept thinking back to the moment his students chased the bus carrying him away from the village. So, after working in Shenzhen for two months, he went back to voluntary teaching.

Hou's connection with his former students lasts till today. Several of them attended his wedding as bridesmaids and best men. The quiet girl told Hou that she became a kindergarten teacher after graduating from a vocational school.

"If I can't change the parents' mind, at least I can change the mind of my students – the future parents," said Hou.

Reflecting on his biggest achievement as a volunteer teacher, Hou used to say it was persuading more and more students not to drop out of school. But that answer changed after he met Lei.

Hou first met Lei on a crowded train in 2017. Lei, then 25, joined Hou's journey to Xiangyang primary school in Yunnan Province. Hou thought the college graduate would give up on the idea of being a volunteer teacher after experiencing the harsh living conditions, but her determination surprised him.

They didn't know they would spend the next five years in the remote school, nor that they would fall in love and then marry. 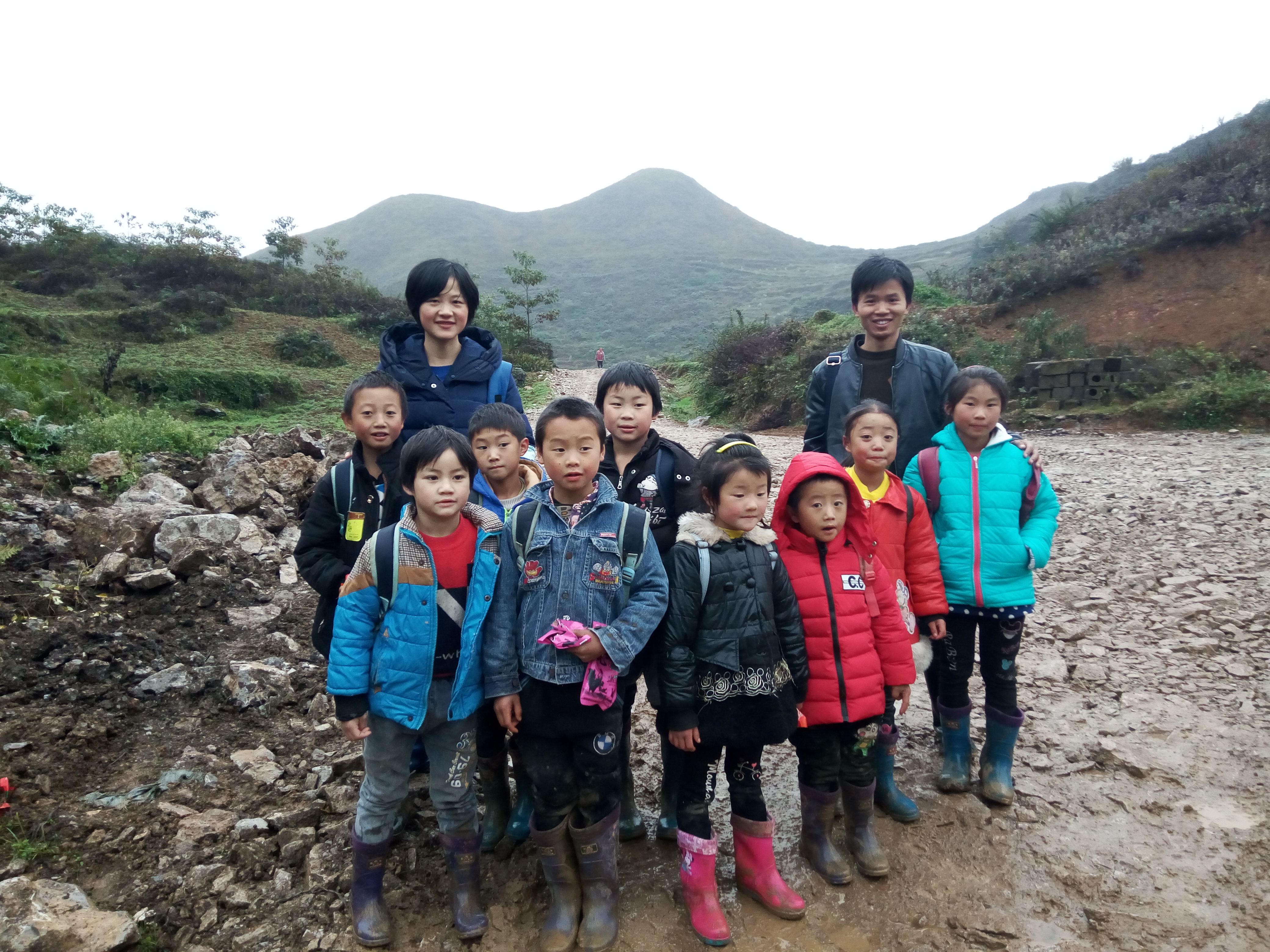 When his students asked him what amusement parks or subways were, Hou realized that current textbooks rarely include scenes of rural life.

"As rural students continue to look up to city life portrayed in textbooks, they may just want to escape home," he said. "They need to leave the mountains and see a larger world, but they are the hope of rural regions as well."

The teacher pointed out that only when students understand and love their hometown will they care about its future and that of its people.

Hou sometimes replaced the urban scenes in teaching materials with images of rural life that students were familiar with.

In the peak season for bamboo shoots, students would collect them in the mountains and sell them for pocket money. The couple would join them, transforming the mountains into a big classroom. Outdoor activities in the mountains, such as collecting bamboo shoots or digging up potatoes, became topics for writing tasks and math word problems in their classes.

"I wanted to show the students that doing farm work is not inferior," said Hou. "Whether it's working in an office or in the field, being self-reliant is something to be proud of." 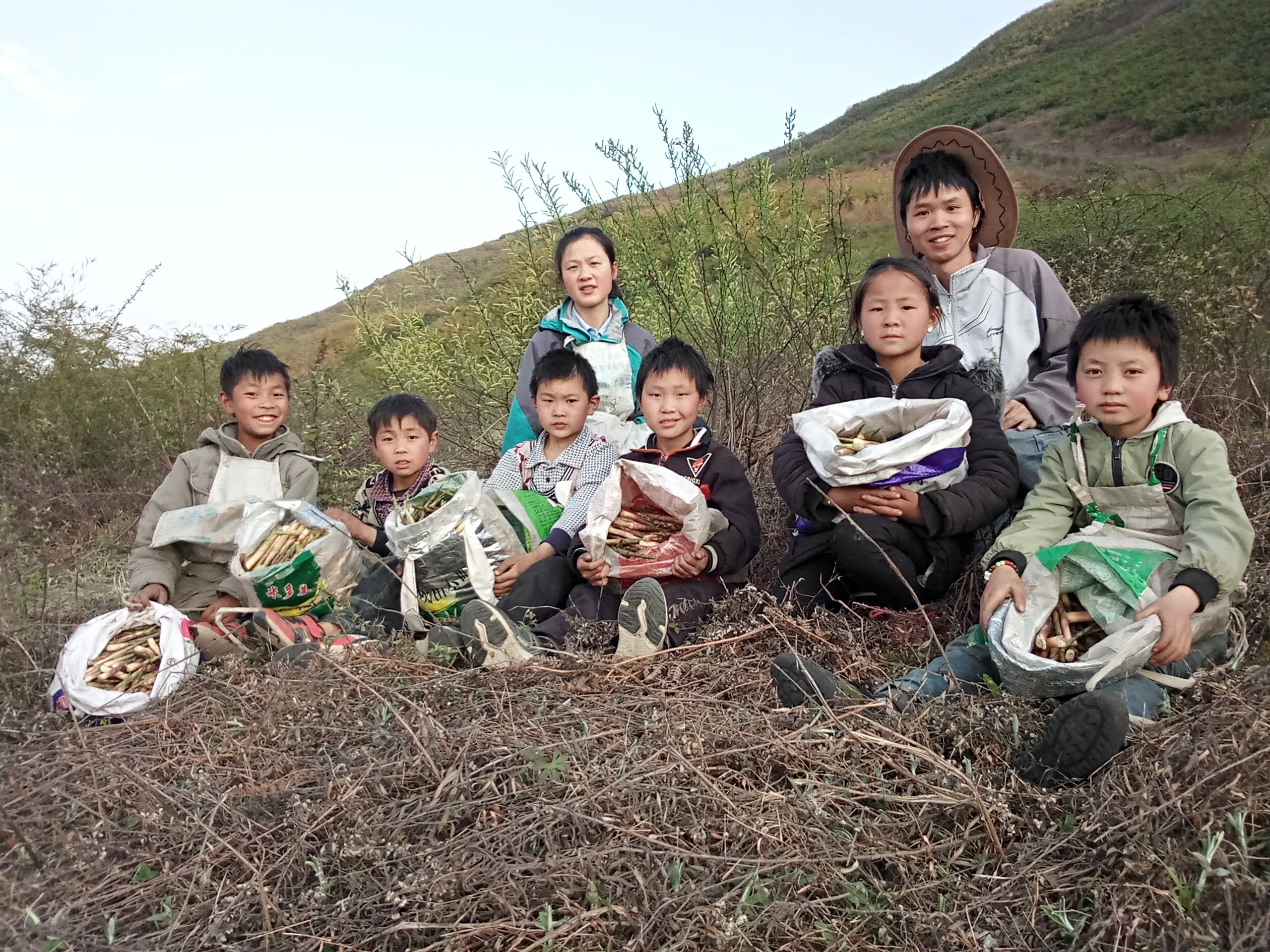 The gap, the bridge

A shortage of teachers has been an underlying reason for the urban-rural education gap in China. From 2006 to 2021, the special-post teacher recruitment program has sent over one million young teachers to rural schools in middle and western regions, according to the Ministry of Education.

In 2017, Hou left the primary school in Bijie, Guizhou Province, his second stop of a long journey, when it recruited enough full-time teachers.

When Hou first arrived in Guangxi, students needed to bring their own rice and firewood so that they could cook and have lunch at school. But now, all students receiving compulsory education in underdeveloped rural areas enjoy free meals at school thanks to a nutrition enhancement program which has been funded by governments for a decade.

"Funding for students plays a key role in promoting equity in education," said Guo Peng, director of the finance department of the Ministry of Education, in a press conference on September 6. "The annual aid for students amounted to 57.2 billion yuan (about $8.23 billion) in 2021."

"As far as I know, there are hardly any dropouts in the three primary schools I once worked in," said Hou.

In July, Hou and Lei ended their voluntary teaching assignment at Xiangyang primary school because all the students were due move to a better and larger school from the next semester. They went back to Yunnan in early September to check out how the 60 students had started in the new school.

"Although we no longer do volunteer teaching, our future career will still be related to rural education and development," said Hou.