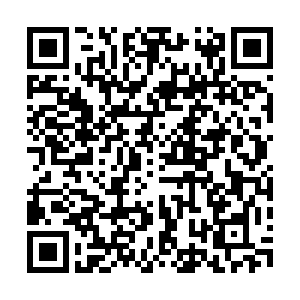 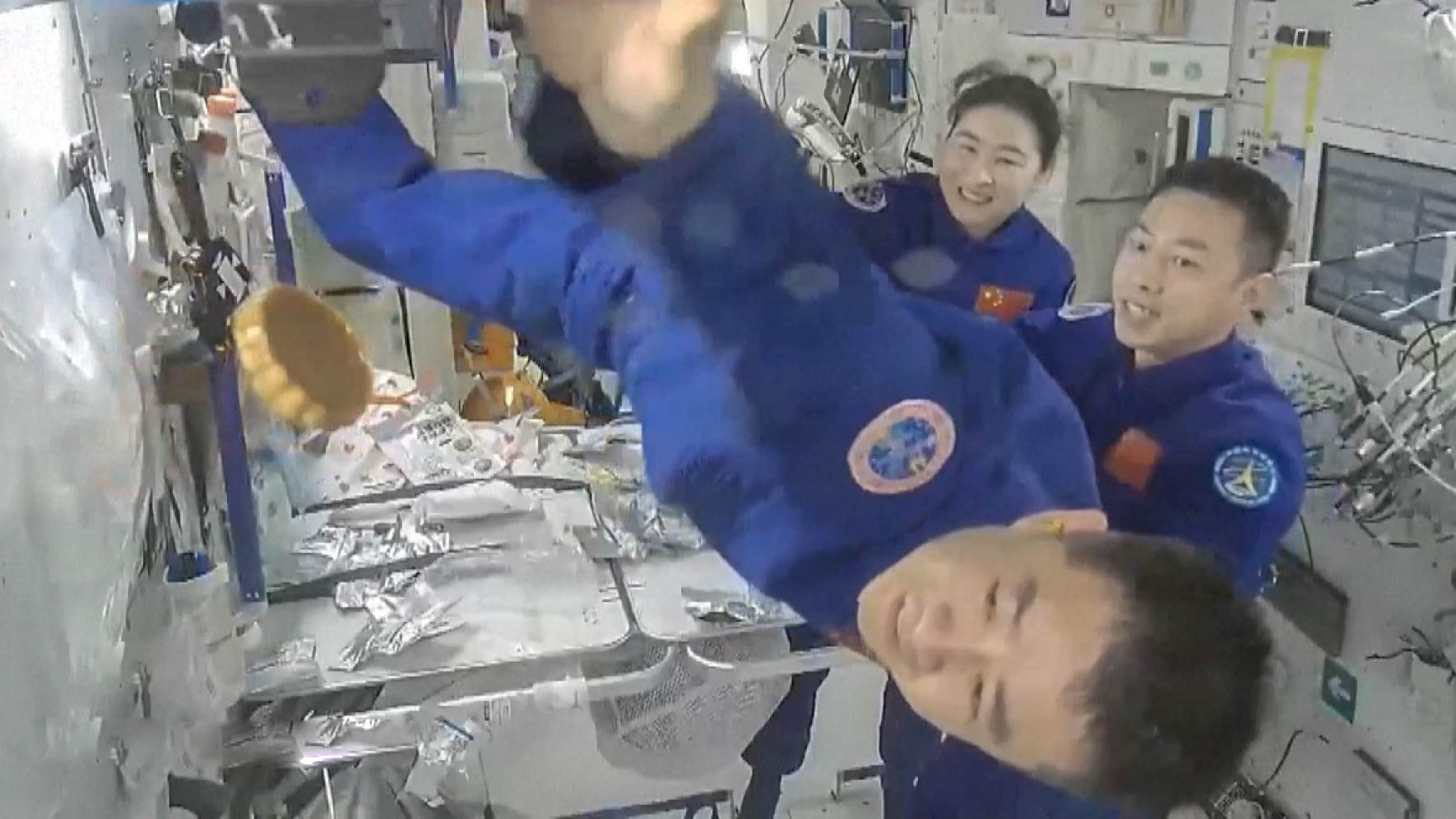 Chinese astronauts, or taikonauts, got the chance to celebrate the Mid-Autumn Festival for the first time ever in space, in the cozy assembly of the country's space station, which will be fully constructed by the end of this year.

On this festive occasion, Chinese people enjoy traditional mooncakes and admire the moon, which is said to be the fullest and brightest of the year.

As for the Shenzhou-14 taikonauts, who are in fact the closest people physically to the moon, they became the first Chinese to spend the festival in orbit, making the day quite special. In the previous space missions, the Shenzhou-12 crew almost had the chance, but they completed their mission and returned to Earth on September 17, 2021, four days earlier than the festival. 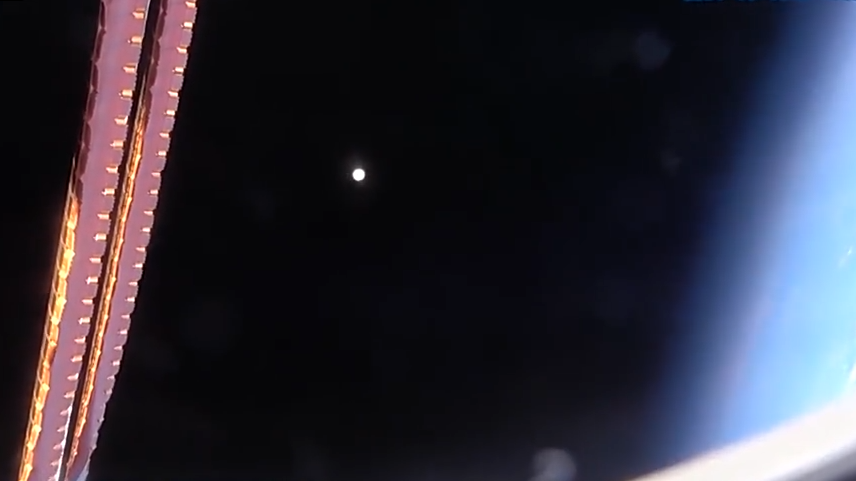 A picture of the moon taken by the commander of the Shenzhou-14 mission Chen Dong, September 10, 2022. /China Media Group

A picture of the moon taken by the commander of the Shenzhou-14 mission Chen Dong, September 10, 2022. /China Media Group

The taikonauts didn't take the day off for the festival as they have had to train for the next space walk. During a break, Shenzhou-14 commander Chen Dong took a picture of the moon on this festive day. "We can take pictures of the moon even in the daytime when we are in the orbit. It looks much brighter and clearer from the view at the space station, without any clouds or the atmosphere."

To make the day more special, the ground team has arranged a space-Earth reunion event for the taikonauts and their families, as well as the ground team. They celebrated the festival together with video calls. 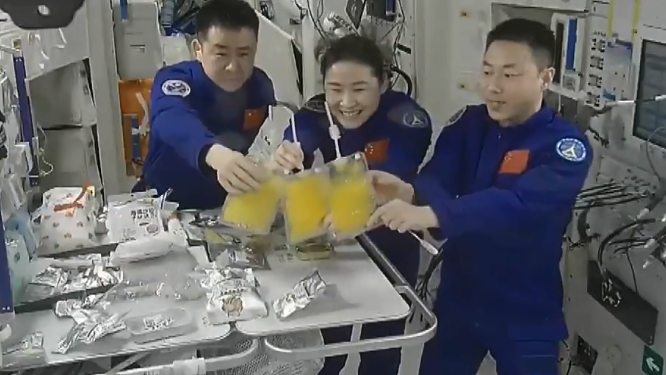 The Shenzhou-14 crew celebrate the festival with some juice, September 10, 2022. /China Media Group

The Shenzhou-14 crew celebrate the festival with some juice, September 10, 2022. /China Media Group

The crew in the space also quite enjoyed the festival parcel, which had a heart pattern. It was pre-packed with mooncakes by the ground team.

"Thanks for the ground team for making our festival in space full of love and surprise," said Liu Yang, one of the Shenzhou-14 crew, "and we wish everyone a happy festival!"

Besides some surprise parcels, the taikonauts also had the privilege of tasting some of lettuce they grew while in space. 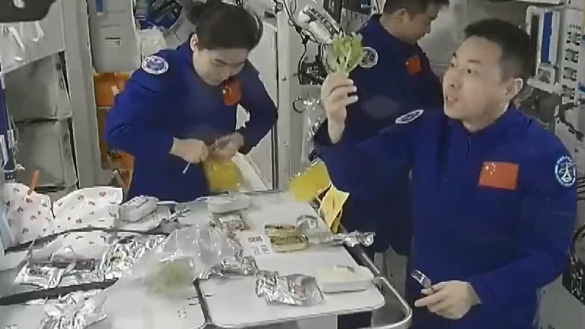 Cai Xuzhe displays a lettuce they have grown in a video call, September 10, 2022. /China Media Group

Cai Xuzhe displays a lettuce they have grown in a video call, September 10, 2022. /China Media Group

"We are about to eat this space-grown lettuce in a minute," said Cai Xuzhe, also a Shenzhou-14 teammate, holding the lettuce to show to the ground team via the video.

"Now we're halfway through the mission, we will work hard to complete the following tasks in a way as perfect as the full moon," said Chen Dong. 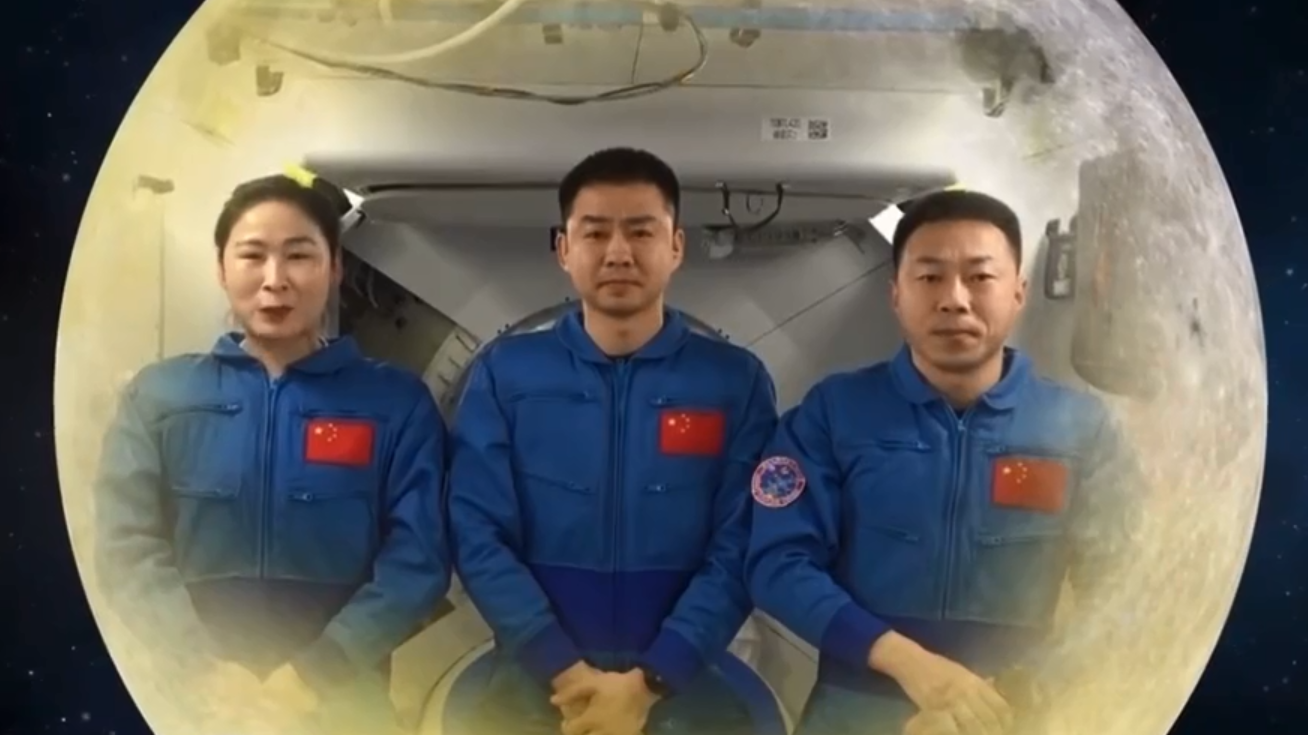 The Shenzhou-14 crew also sent their festival wishes to the earthlings via a video released by the China Aerospace Science and Technology Corporation.

Liu said in the video: "How many of us have ever dreamed of flying to the moon like Chang'e? Today, from outer space on a full moon night, we are sending our sincerest wishes and greetings to everyone on Earth."

The commander of Shenzhou-14, Chen Dong, summed up with a verse from a well-known poem with a theme linking the moon with a person's beloved: "Let's wish our beloved will live as long as they can; though miles apart, we can still share the beauty of the same moon."