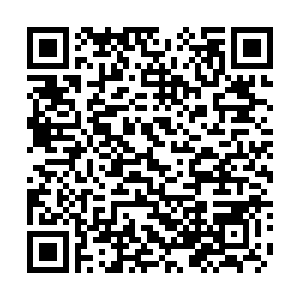 Asian markets rallied in early trading on Monday, building on the momentum of gains in the U.S. and Europe at the end of last week, as investors price in the expectation of further interest rate hikes aimed at taming inflation.

Equities in Japan, Australia, Singapore and Jakarta surged, while markets in Hong Kong, the Chinese mainland and South Korea were closed for a public holiday.

The euro continued to gain against the U.S. dollar, with investors in Europe weighing the prospect of the European Central Bank (ECB) following the U.S. Federal Reserve's lead and raising key rates.

Nagel predicted inflation in Europe might peak at more than 10 percent in December.

The ECB raised the key rate by a historic 75 basis points last week, and markets expect a similar-sized hike at an October meeting.

This week, investors worldwide will be closely watching U.S. inflation data for August, due to be released on Tuesday, with the consumer price index (CPI) expected to ease slightly to eight percent – still well above the Fed's two-percent target.

Traders expect the Fed to impose another large hike in interest rates next week, after two 75-basis-point increases already.

"A downside surprise in U.S. CPI is likely more of a concern and that could see the dollar weakening further," Charu Chanana, a strategist at Saxo Capital Markets, told Bloomberg Television.

"We've seen some glimpses of that ... towards the end of last week. That could potentially be a risk to watch particularly this week."

In addition to the U.S. CPI figures on Tuesday, traders will be closely watching UK CPI on Wednesday, and European CPI and China home sales, retail sales and industrial production data on Friday.

In Tokyo, stocks opened higher on Monday, driven by positive market sentiment off the back of last week's gains and a weaker yen.

"A cheaper yen is positive for corporate performances, despite recent media reports" that highlight the negative aspects of the weak yen, said chief strategist Masayuki Kubota of Rakuten Securities.

On Friday, Bank of Japan chief Haruhiko Kuroda met Prime Minister Fumio Kishida, saying the rapid weakening of the currency was "undesirable", an indication of possible upcoming action to arrest the fall.