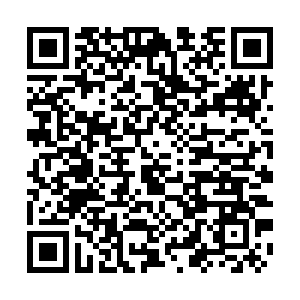 If you want to live a low-carbon life, and are willing to make certain commonly-known sacrifices, such as walking or cycling to places instead of taking buses or taxis, what will you get as a reward?

Cities and institutions in China are working out methods to translate carbon-reducing actions into financial or other forms of incentives to encourage residents to minimize carbon footprint.

Since the start of 2022, cities including Beijing as well as banks and other financial institutions have rolled out phone app-based carbon calculation and reduction solutions that use a digital personal carbon account to keep records of individuals' low-carbon actions in major areas of life, such as food, clothing and transportation, in exchange for rewards like cash coupons.

Beijing, for example, introduced a mini-program on the popular Chinese social media platform WeChat, named "Green Living Season". By cooperating with other apps, the program logs in actions such as not using disposable chopsticks, riding bikes instead of using other transportation, buying energy-conserving home appliances, and using paperless online banking services. Users can earn points which can then be exchanged into cash coupons usable in restaurants, movie theaters, supermarkets and more locations.

For example, one could get 250g of carbon reduction for riding a shared bike for a kilometer, earning three points. In the program, 200 points can get you a 10-yuan movie coupon.

Some banks and companies like Alibaba are taking similar actions. Besides offering cash coupons and other financial rewards, some take the "green" initiative more literally: offering the chance to plant actual trees as the prize.

Statistics show that carbon emissions that occur daily cause a huge chunk of total global emissions. The Emissions Gap Report 2020 by the United Nations Environment Program (UNEP) shows that around two-thirds of global emissions are linked to private households, when using consumption-based accounting. Consumption-based accounting attributes emissions to the final consumers of goods and services, instead of the producers.

Another report by the Chinese Academy of Sciences also pointed out that 53 percent of China's carbon emissions occur in the process of consumption, emphasizing the difference ordinary people can make by taking actions as the country aims to achieve peak carbon emission by 2030 and reach carbon neutrality by 2060.

As more and more people learn about these approaches to live low-carbon, how people without a smart phone will be included in the movement remains to be explored.