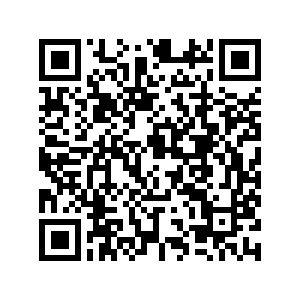 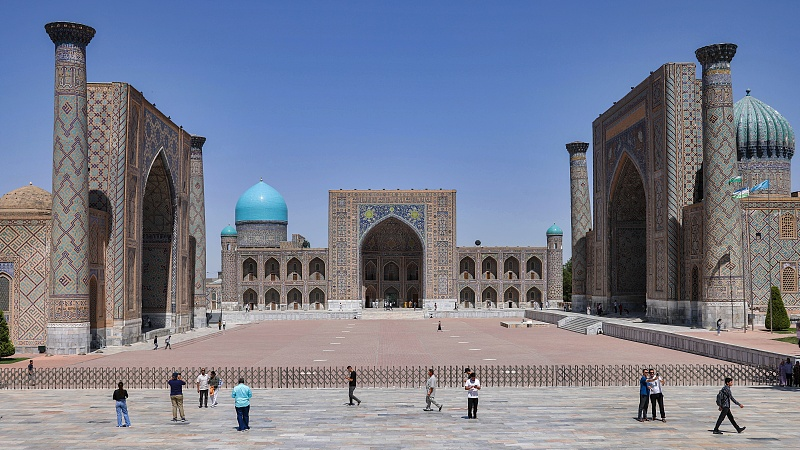 Editor's note: Zhang Xiliang is director of Tsinghua University's Institute of Energy, Environment and Economy. The article reflects the author's opinions and not necessarily the views of CGTN.

The 2022 annual summit of the Shanghai Cooperation Organization (SCO) Heads of State Council will be held on September 15-16 in Samarkand, Uzbekistan. Given the current international situation, the role that the SCO plays in coping with the global energy crisis remains an important topic.

The world is faced with the threat of an international energy crisis. Since the start of the Russia-Ukraine conflict and the sanctions on Russia's oil and gas exports, international crude oil and natural gas prices have been soaring across the globe. This September, the G7 nations declared their conclusion to impose a selling price cap on Russian oil. On the other hand, Russia has completely halted gas supplies to Europe via the Nord Stream 1 pipeline. These geopolitical instabilities pose great threats to the security of international energy supply and energy prices.

The Russia-Ukraine conflict is one challenge in global energy markets, and another is climate change. The world is now in the process of a substantial energy transition to low-carbon economies, and this energy transition can affect regional energy supply and demand significantly.

Overall, it is vital for countries to cooperate in the field of energy security and energy transition. The SCO can play an important role in global energy governance.

First, the SCO has member states and observer states of both large oil and gas supply countries, thus having the potential to impose substantial influence on the global gas and oil market. On the supply side, it covers 1/4 of the world's oil reserves and production, 30 percent of the world's oil refining capacity, about half of global gas reserves (44 percent), as well as 30 percent of global gas production. On the demand side, China and India are the first and third largest oil importers around the world.

The recent energy crisis brings challenges as well as opportunities to the SCO. The bloc should actively respond to the energy crisis by strengthening mutual trust and deepening cooperation in the energy field, both in the short and long run.

In the short term, the SCO can coordinate the oil and gas importers and exporters of its member countries through dialogue and consultation to ensure the security of the energy supply. As discussed above, the SCO is able to stabilize the gas and oil supply and demand, to a certain extent, by affecting the production and reserves of its members.

Besides, through cooperation in oil and gas trade and procurement, the SCO member states can help stabilize the world's oil and gas prices. For example, the SCO can coordinate with countries or regions to reshape and optimize the flow of the oil and gas trade, thus reducing the impact of sanctions on Russia's oil and gas exports and production.

In the long run, the SCO can help establish a regional oil and gas market and promote the use of non-U.S. dollar settlement in the international oil trade. The SCO members announced the development of a roadmap for expanding the share of national currencies in mutual settlements at the July 15 meeting of the SCO countries' industry ministers in Tashkent. On September 6, Russia's energy giant Gazprom signed an agreement with the China National Petroleum Corporation (CNPC) to switch gas supply payments to China to rubles and yuan. These measures could help reduce the U.S.'s control over the international energy market and stabilize the international energy price.

At present, the SCO already has Russia, Kazakhstan, and other important oil and gas producers. With increasing number of countries expressing their willingness to join the SCO, it is more and more likely for the bloc to promote local currency settlements in the energy field. Iranian President Ebrahim Raisi has recently said his country's cooperation with members of the Shanghai Cooperation Organization (SCO) is "very important." 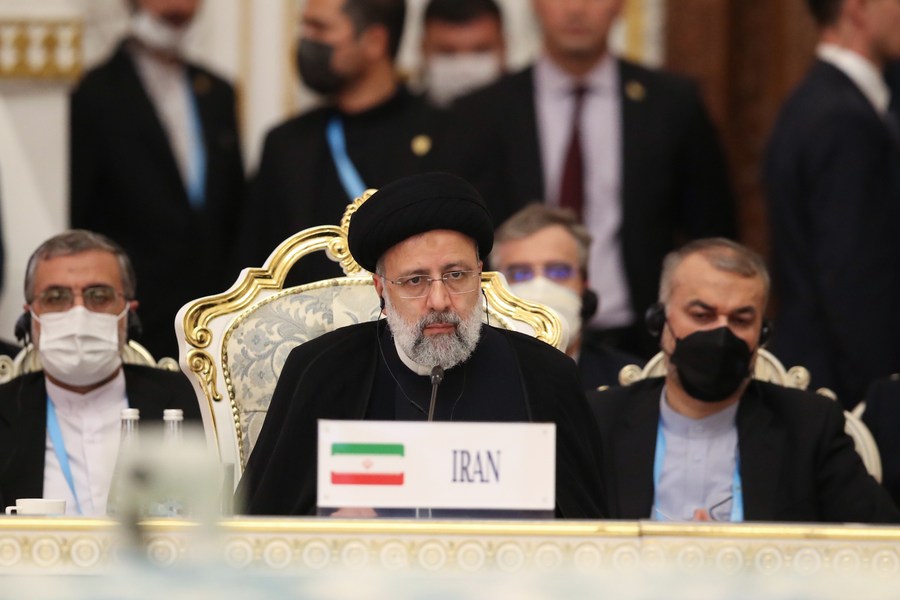 Iranian President Ebrahim Raisi addresses the 21st meeting of the Council of Heads of State of the SCO in Dushanbe, Tajikistan, September 17, 2021. /Xinhua

Iranian President Ebrahim Raisi addresses the 21st meeting of the Council of Heads of State of the SCO in Dushanbe, Tajikistan, September 17, 2021. /Xinhua

Apart from that, the SCO should encourage its member states to diversify their energy supply sources, and formulate bilateral or multilateral energy supply agreements to ensure energy security in emergencies.

Another important long-term strategy is to promote clean energy. Energy transition  is a way of ensuring energy security. The SCO could further promote innovation and technical cooperation in the field of clean energy to achieve a smooth transition to green economies.

Member states of the bloc could cooperate in the form of clean energy projects. For example, China has already made relatively advanced technological progress in solar power, wind power, nuclear power, etc., and also has advantages in energy equipment manufacturing.

The Central Asian countries in the SCO have relatively abundant solar and wind energy resources. SCO member states that are rich in natural gas – such as Russia and Kazakhstan – are also suitable for developing the blue hydrogen energy industry. The vast land area of Central Asian countries and Russia also make them suitable for developing technologies such as Carbon Capture and Storage (CCS), distributed generation, energy storage, etc. These features show complementarity with China in technology, resources, markets, and financial resources, and provide great opportunities for clean energy cooperation.

The SCO could also enhance regional low-carbon development and cooperation by promoting green finance. It could make full use of its existing cooperation framework, while cooperating with other multilateral economic cooperation mechanisms such as the Asian Infrastructure Investment Bank and the Belt and Road Initiative to build a green investment and financing mechanism framework to support the green projects of SCO member states.

Furthermore, in the field of green finance and green technologies, the SCO should also actively cooperate with international organizations such as the United Nations, the World Bank, and the EU to promote advanced technology transfer and green finance.