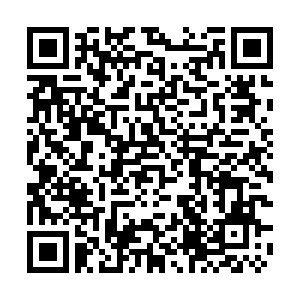 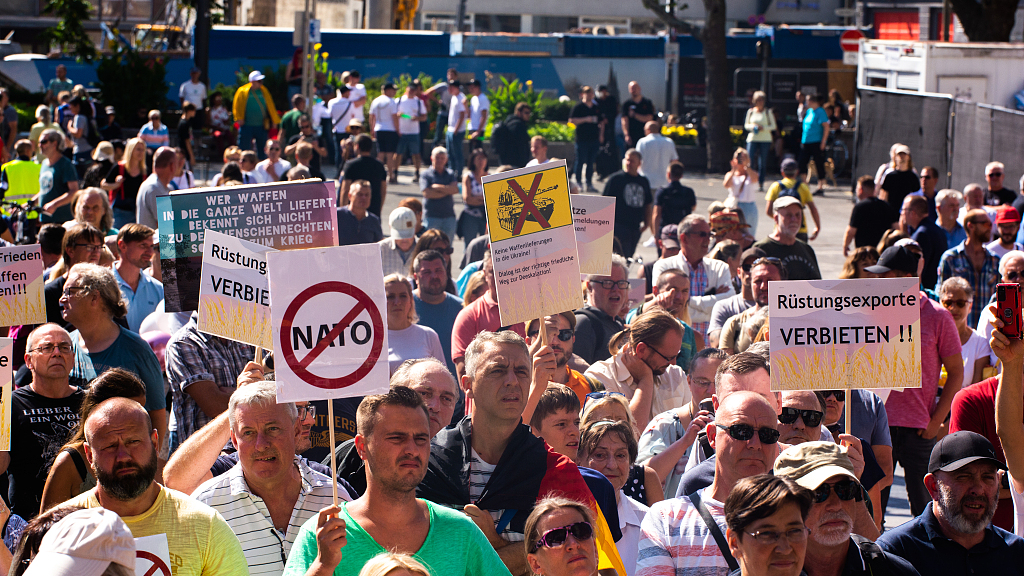 About 2,000 protesters take part in a demo against NATO and demand an end to deliveries of weapons, Cologne, Germany, September 4, 2022. /CFP

About 2,000 protesters take part in a demo against NATO and demand an end to deliveries of weapons, Cologne, Germany, September 4, 2022. /CFP

People in some European countries have taken to the streets to protest soaring energy prices, high living costs and high inflation worsened by their governments' sanctions against Russia.

In Vienna, the capital of Austria, nearly 3,000 protesters took to the streets on Sunday. Many protesters demanded an end to these "suicidal sanctions" and condemned the actions of the U.S.-led North Atlantic Treaty Organization (NATO) for provoking conflict and worsening the security situation in Europe, according to local media reports.

In early September, an estimated 70,000 people protested in Prague against the Czech government, calling on the ruling coalition to do more to control soaring energy prices and voicing opposition to the European Union and NATO, Reuters reported.

Organizers said the central European nation should be neutral militarily and ensure direct contracts with gas suppliers, including Russia.

"The aim of our demonstration is to demand change, mainly in solving the issue of energy prices, especially electricity and gas, which will destroy our economy this autumn," event co-organizer Jiri Havel told news website iDNES.cz.

After the blow of the COVID-19 pandemic, global energy and food prices have been further pushed up under the tit-for-tat sanctions between Russia and Western allies since the Russia-Ukraine conflict broke out in February.

The energy crisis in Europe is snowballing as nations across the continent continue to grapple with rising costs and shortages ahead of winter.