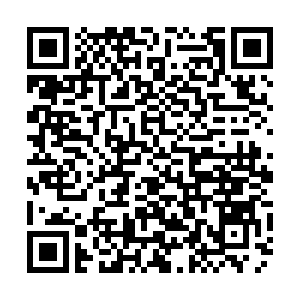 Employment opportunities in China's green economy are popping up more in recent years.

Jobs requiring so-called "green skills" accounted for nearly half of all hirings in China last year, according to a report released by jobs platform LinkedIn this year.

In China, the fastest-growing position in the green industry since 2015 has been the "sustainability manager", while knowledge of international standards for environmental management are among the most popular skills, according to the report.

There is also huge demand for talent specializing in not only carbon market and carbon footprint but also in relevant policy management, Lin Boqiang, director of the China Center for Energy Economics Research at Xiamen University, told CGTN.

Another factor that drives the industry is China's commitment to energy transition and raise the proportion of green energy such as wind and solar power in the energy mix to at least 80 percent by 2060.

To solve the demand and supply gap in green employment, detailed regulations and standardized training are needed, and human resources specialists are getting ready for these developments.

Monica Song, recruitment managing director of Hudson China, pointed out that consistent training is needed as talents need to stay updated with the latest policies and knowledge.

She said institutions and associations have carried out knowledge and technique field training, which will help meet rising demand for specialized talents.

But the government's support should be the main force in solving the talent gap in the long run, said Song.

So far, the Chinese government has done a lot to accelerate the fostering of talents in the green industry, aiming to expand the talent pool in environment, social, and governance (ESG) areas, and support the green development of China.

Some universities like Chongqing University have already set up green training programs for companies in these sectors with ESG needs.