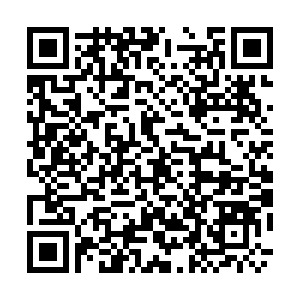 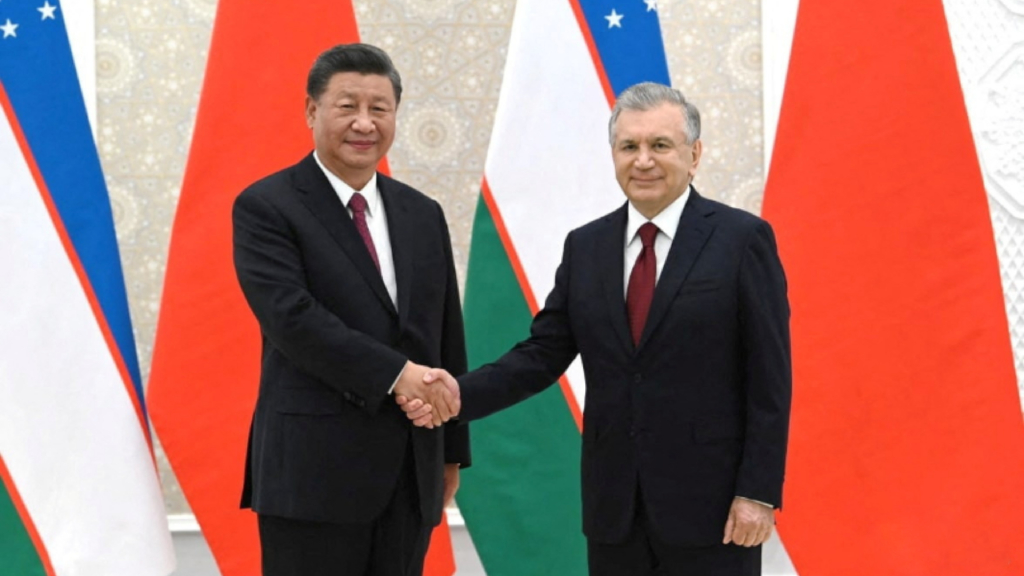 China and Uzbekistan on Thursday pledged to speed up bilateral cooperation and bring more fruitful outcomes as President Xi Jinping held talks with his Uzbek counterpart Shavkat Mirziyoyev in the Uzbek city of Samarkand.

The two leaders agreed to expand mutually beneficial cooperation between the two countries, consolidate the friendship and partnership and work toward a community with a shared future at the bilateral level.

Xi arrived in Samarkand on Wednesday evening for a state visit to Uzbekistan and to attend the 22nd meeting of the Council of Heads of State of the Shanghai Cooperation Organization (SCO).

During the talks with Mirziyoyev on Thursday, Xi said China and Uzbekistan have respected each other, fostered good-neighborliness, strengthened solidarity and pursued mutual benefit over the past three decades.

He also said China appreciates the contributions Uzbekistan has made toward having a successful Samarkand SCO summit and stands ready to work with it to promote the sound development of the organization.

Hailing the Chinese president's state visit as "historic," Mirziyoyev said it will surely help consolidate the traditional friendship between the two countries, chart the course for future cooperation, and elevate the Uzbekistan-China comprehensive strategic partnership to a new height featuring new vitality and new prospect.

Echoing what he had said in a signed article published by Uzbek media before the trip, Xi on Thursday reiterated that China is a good friend, a good partner and a good brother to Uzbekistan.

China firmly supports Uzbekistan in following a development path compatible with its national conditions, supports its efforts to uphold national independence, sovereignty, security and social stability, and opposes interference by any forces in its internal affairs, he said.

China is ready to work with Uzbekistan to implement the vision of a China-Uzbekistan community with a shared future, deepen all-round cooperation for mutual benefit and jointly usher in a better future, Xi added.

For his part, Mirziyoyev said China is a reliable friend and comprehensive strategic partner, and Uzbekistan-China relations fully embody the principle of mutual respect, good-neighborliness and mutual benefit.

Uzbekistan will always be trustworthy and a good neighbor, good friend and good partner to China, he said.

He said the country is firmly and unequivocally committed to the one-China policy and firmly supports China's position on matters concerning its core interests, including those related to China's Taiwan and Xinjiang.

Xi emphasized that China and Uzbekistan should firmly support each other on issues concerning sovereignty, independence, territorial integrity and other core interests and move faster to synergize their development strategies and promote common development.

The Chinese president called on the two countries to scale up cooperation in trade and investment and step up collaboration in the digital economy and green development. 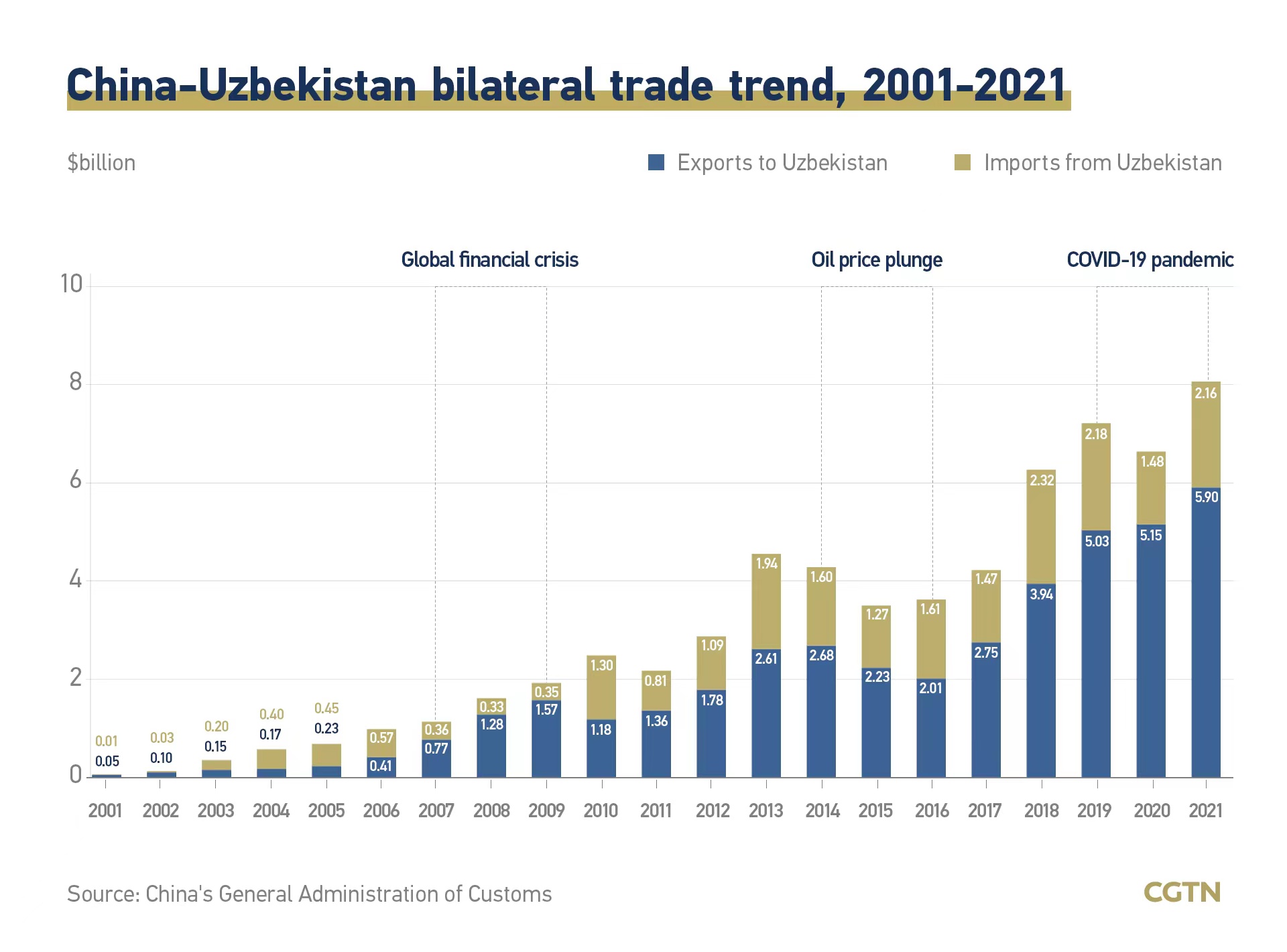 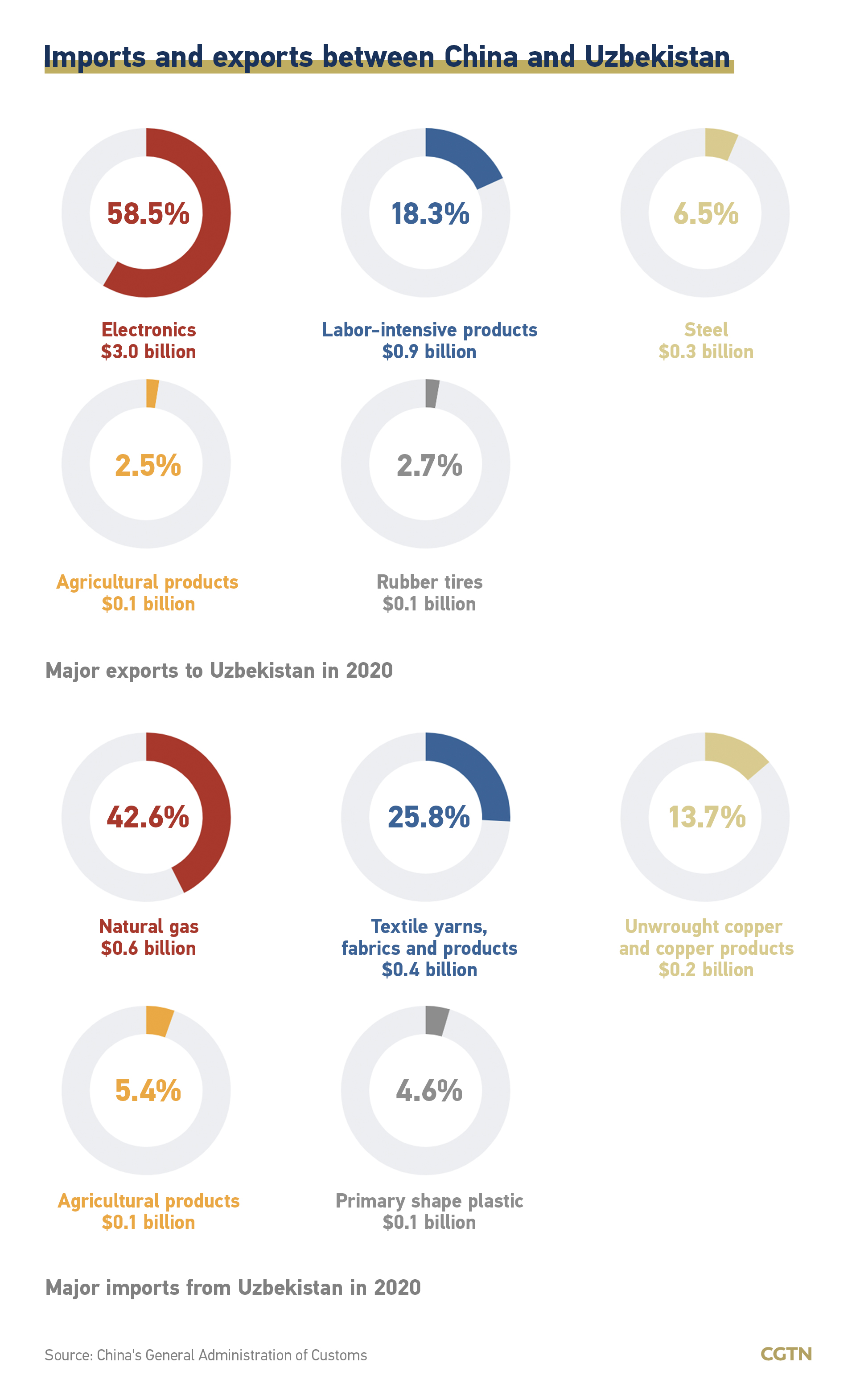 Uzbekistan is welcome to take an active part in the China International Import Expo to share in more of the development opportunities brought by China's massive market, Xi said.

He added that China is ready to work with Uzbekistan to improve the trans-Eurasia transportation corridor and make an early start in constructing the China-Kyrgyzstan-Uzbekistan railway.

Xi said both countries need to enhance cooperation on poverty alleviation and inspire and support each other in promoting growth and improving livelihoods.

Mirziyoyev said Uzbekistan will continue actively participating in the Belt and Road cooperation and advance the China-Kyrgyzstan-Uzbekistan railway project. 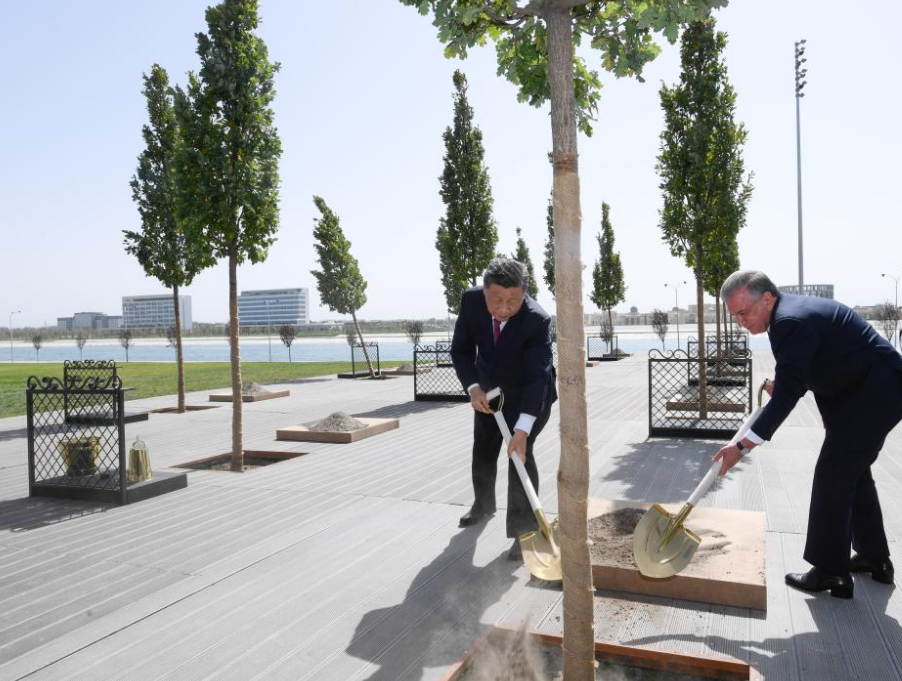 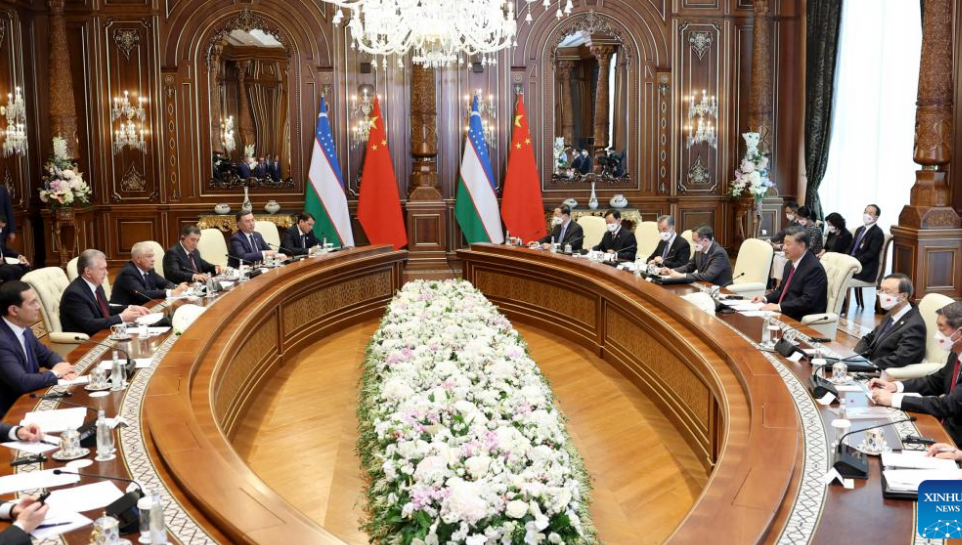 Noting that China and Central Asian countries have a shared future and a deep stake in each other's security and stability, Xi said China is ready to work more closely with Uzbekistan to firmly oppose external interference in internal affairs, firmly safeguard domestic stability and firmly defend the security interests of the region.

China will also work with Uzbekistan and other regional countries to strengthen the "China Plus Central Asia" meeting mechanism and open up broader space for cooperation between China and Central Asian countries, he said.

He also expressed readiness to work more closely with China in the SCO, "China Plus Central Asia" and BRICS-plus mechanisms to uphold the Shanghai Spirit and jointly safeguard the region's security and stability.

Following the talks, the two leaders signed and issued a joint declaration. The two countries also signed several documents on cooperation in agriculture, the digital economy, green development, culture, media and others.

In 2016, during Xi's visit to the country, both countries agreed to promote their relationship to a comprehensive strategic partnership.