Download
A red leaf for you, my lady, says a male falconet bird
CGTN 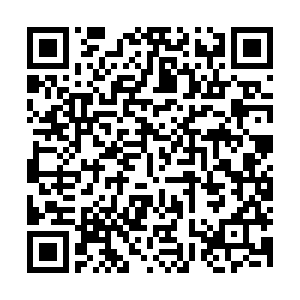 In the world of birds, falling in love requires some rituals, be it showing off plumage, dancing or handing over gifts.

The pied falconet, a small-sized bird of prey, has its own tricks.

At first, the male falconet perched in the following picture tried to win the heart of the female standing below. 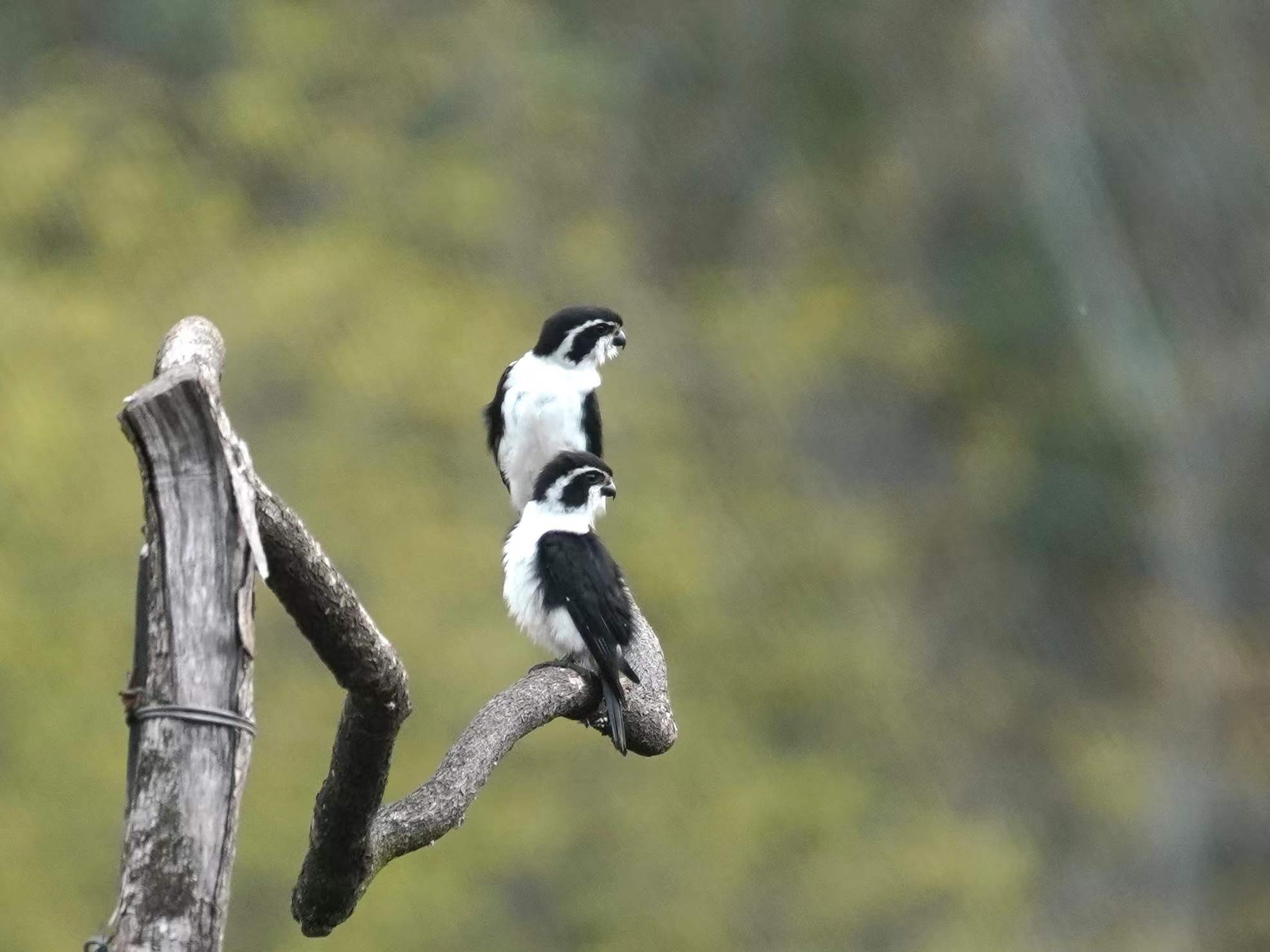 Until another male swooped in, with a red leaf between its beak. 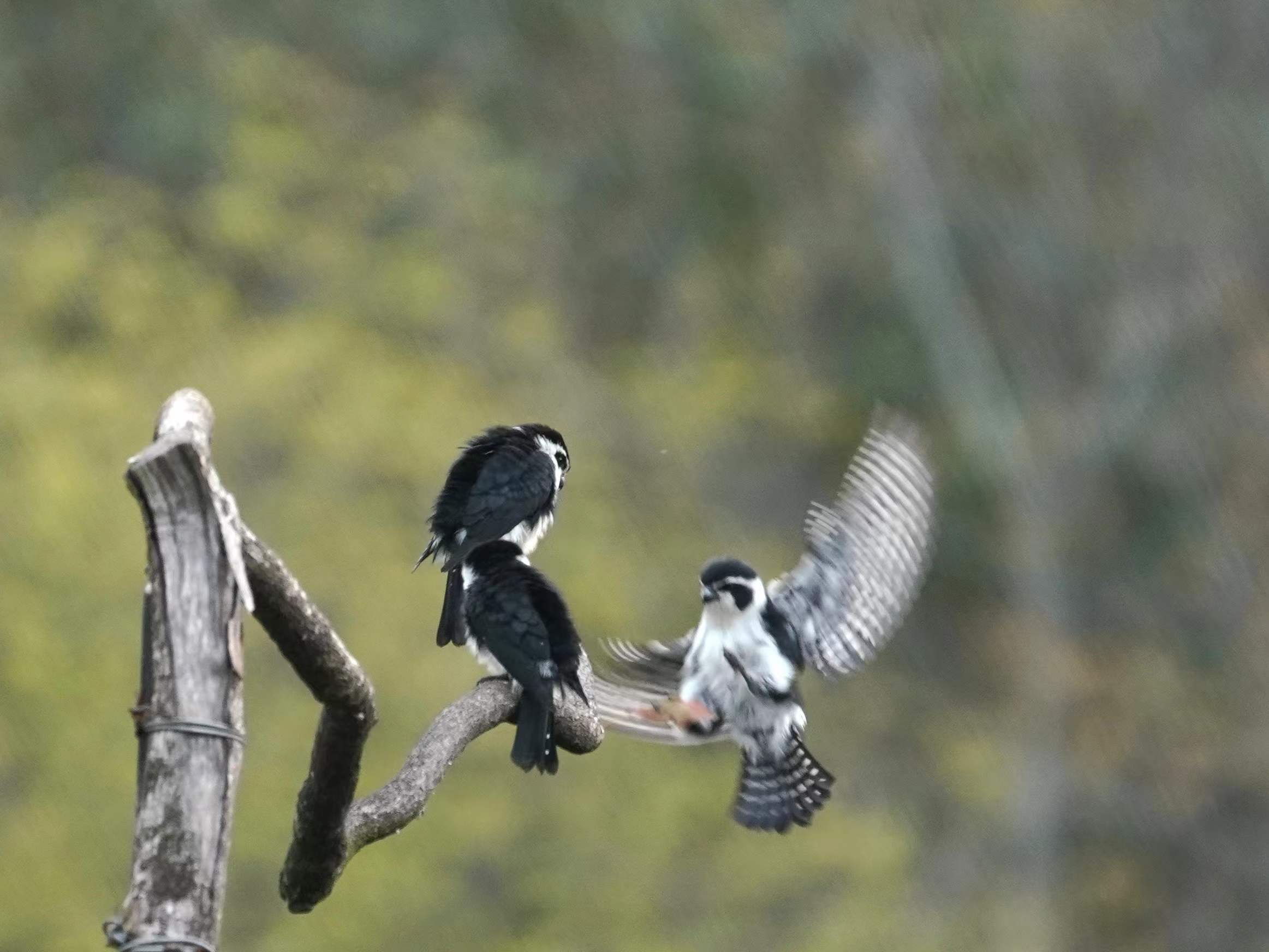 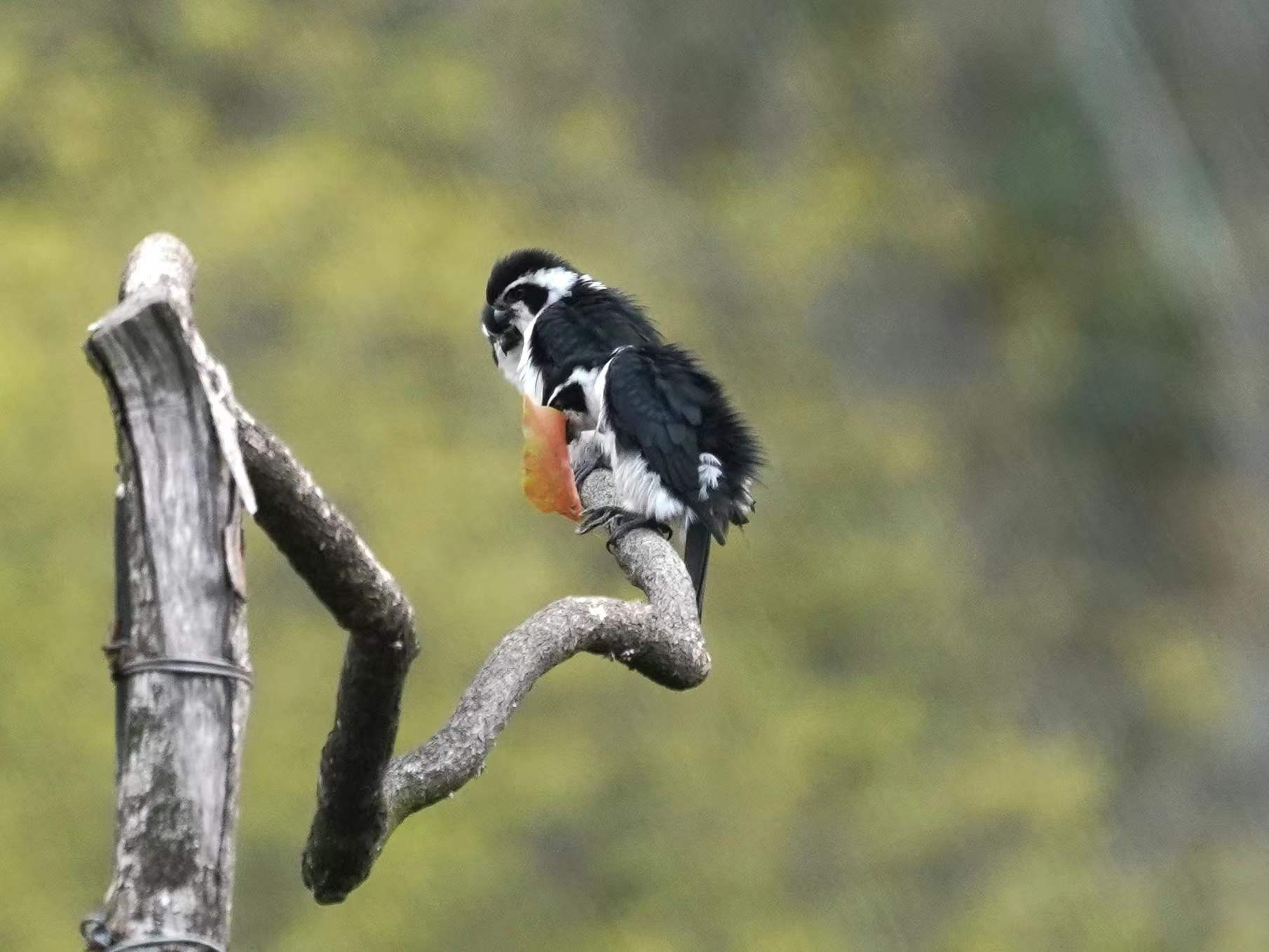 The female apparently was very content with the gift. 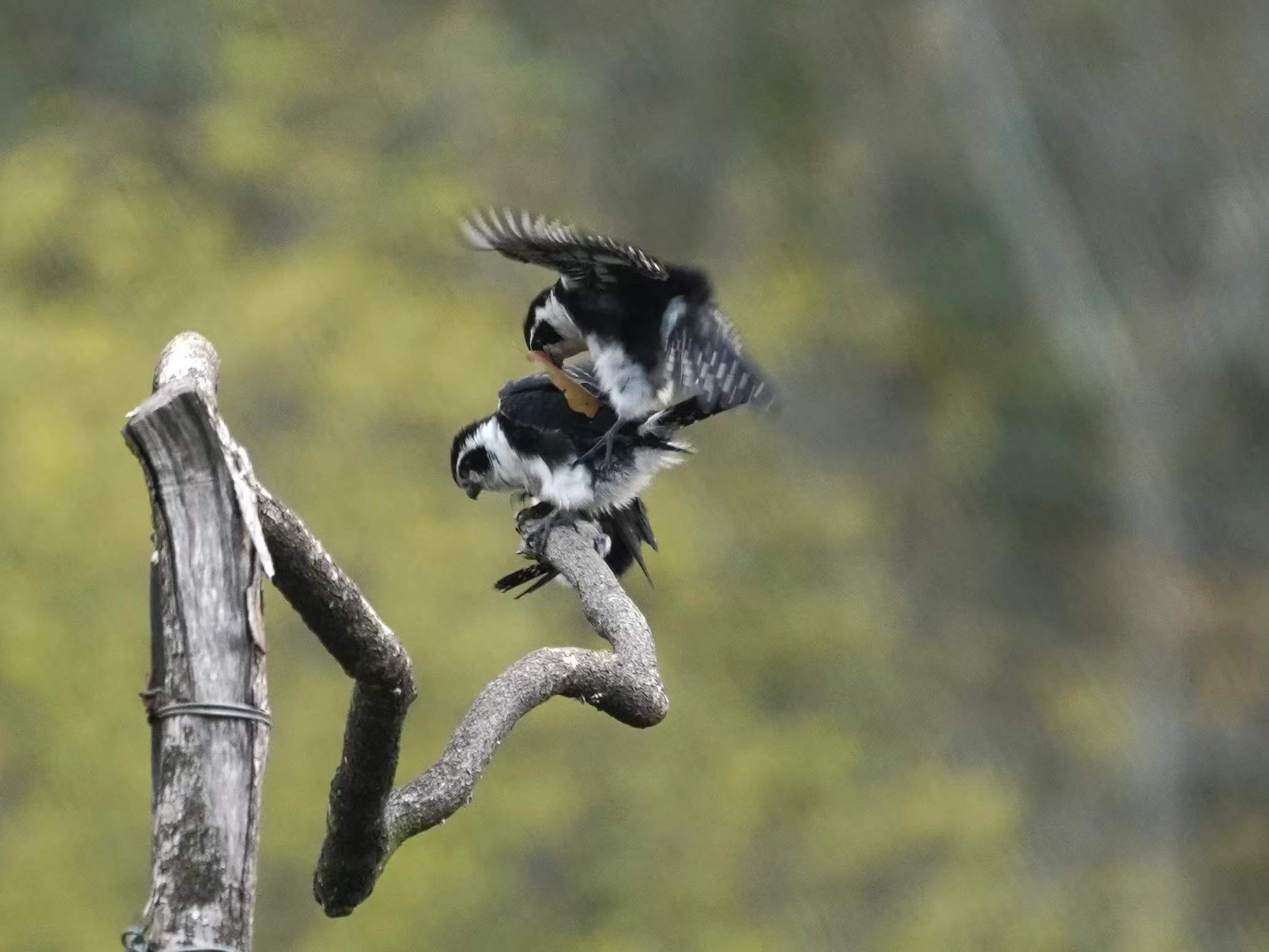 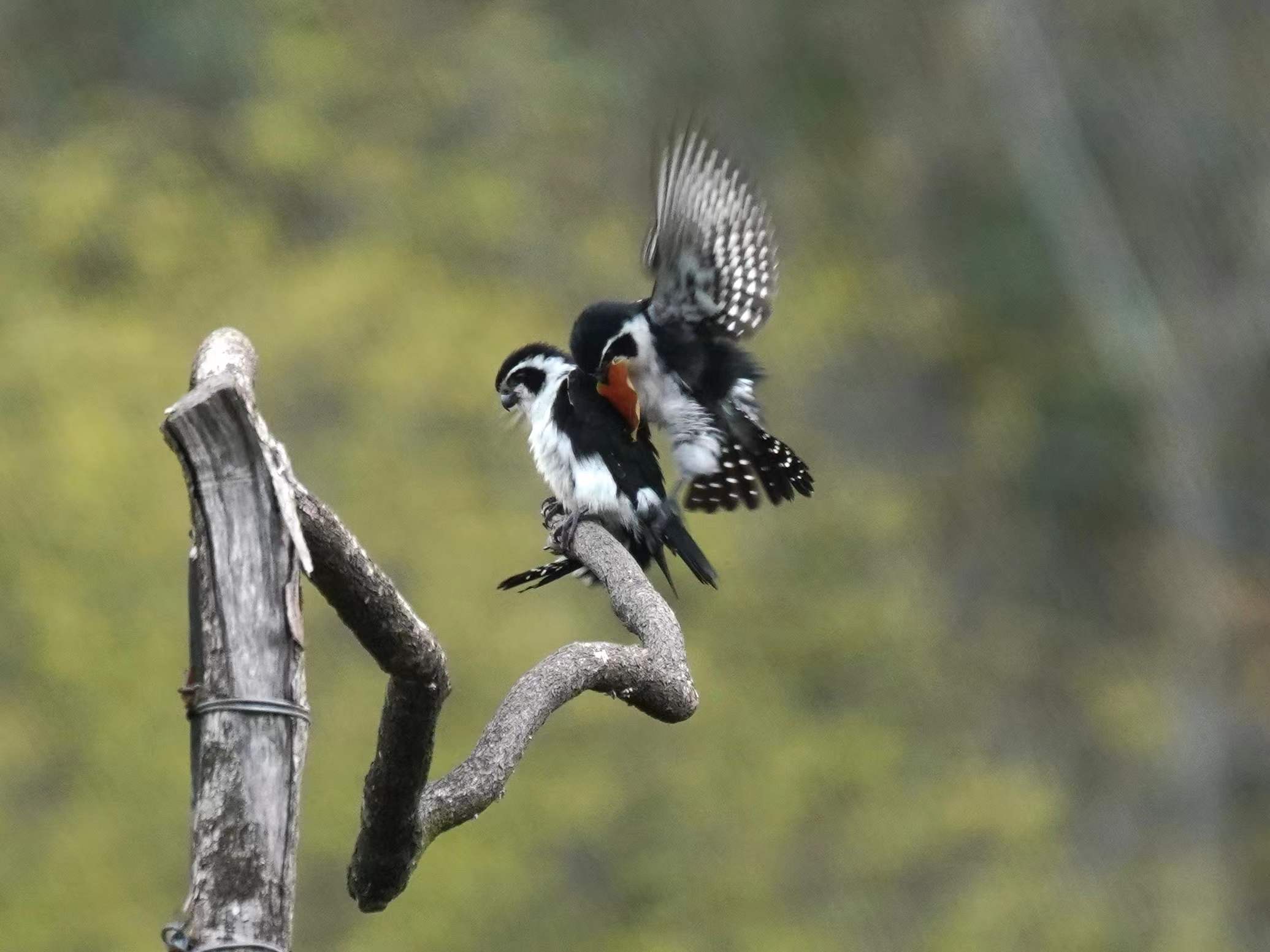 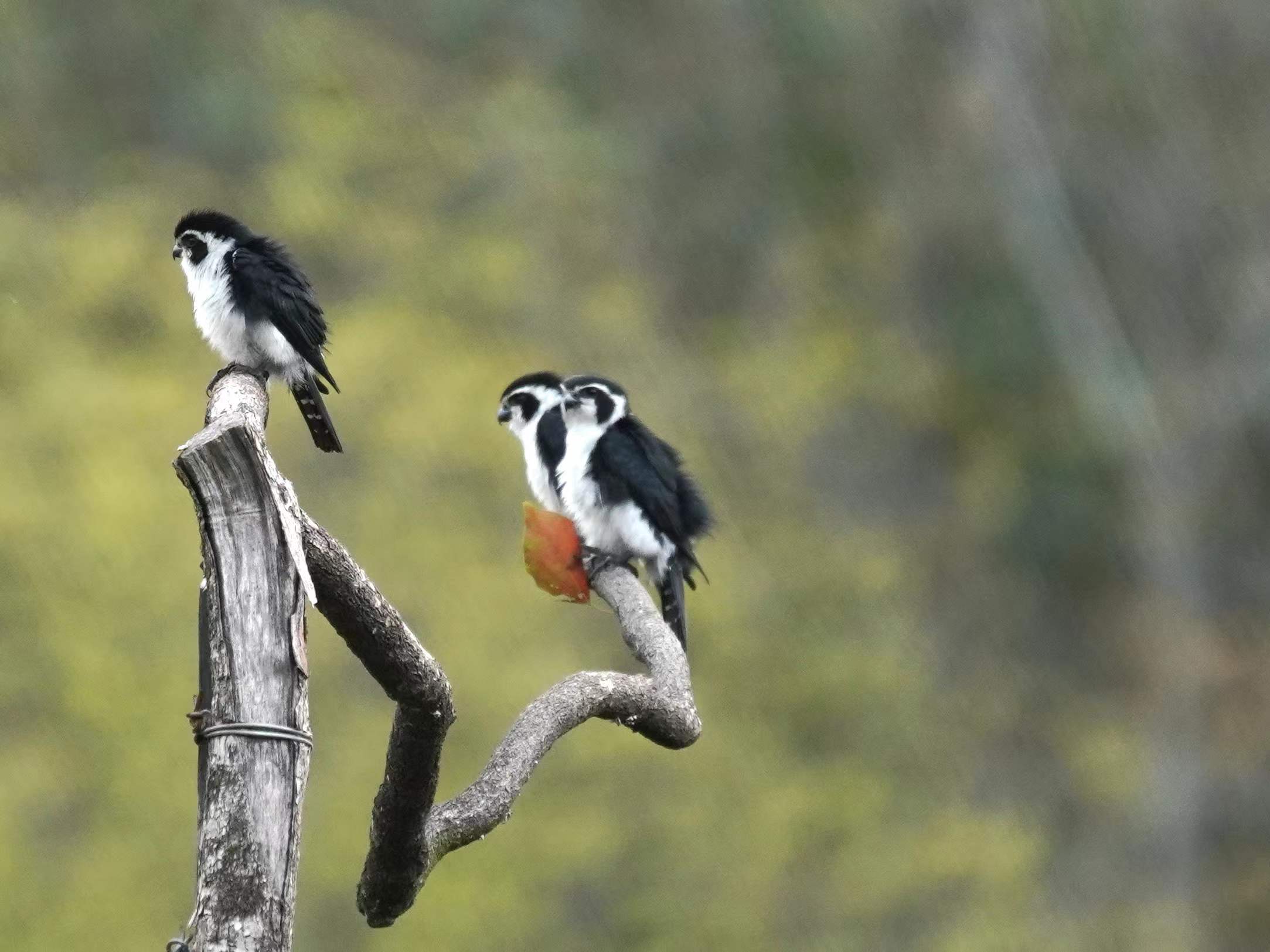 The couple stood next to the lonely male, as if to say: where is your girlfriend? 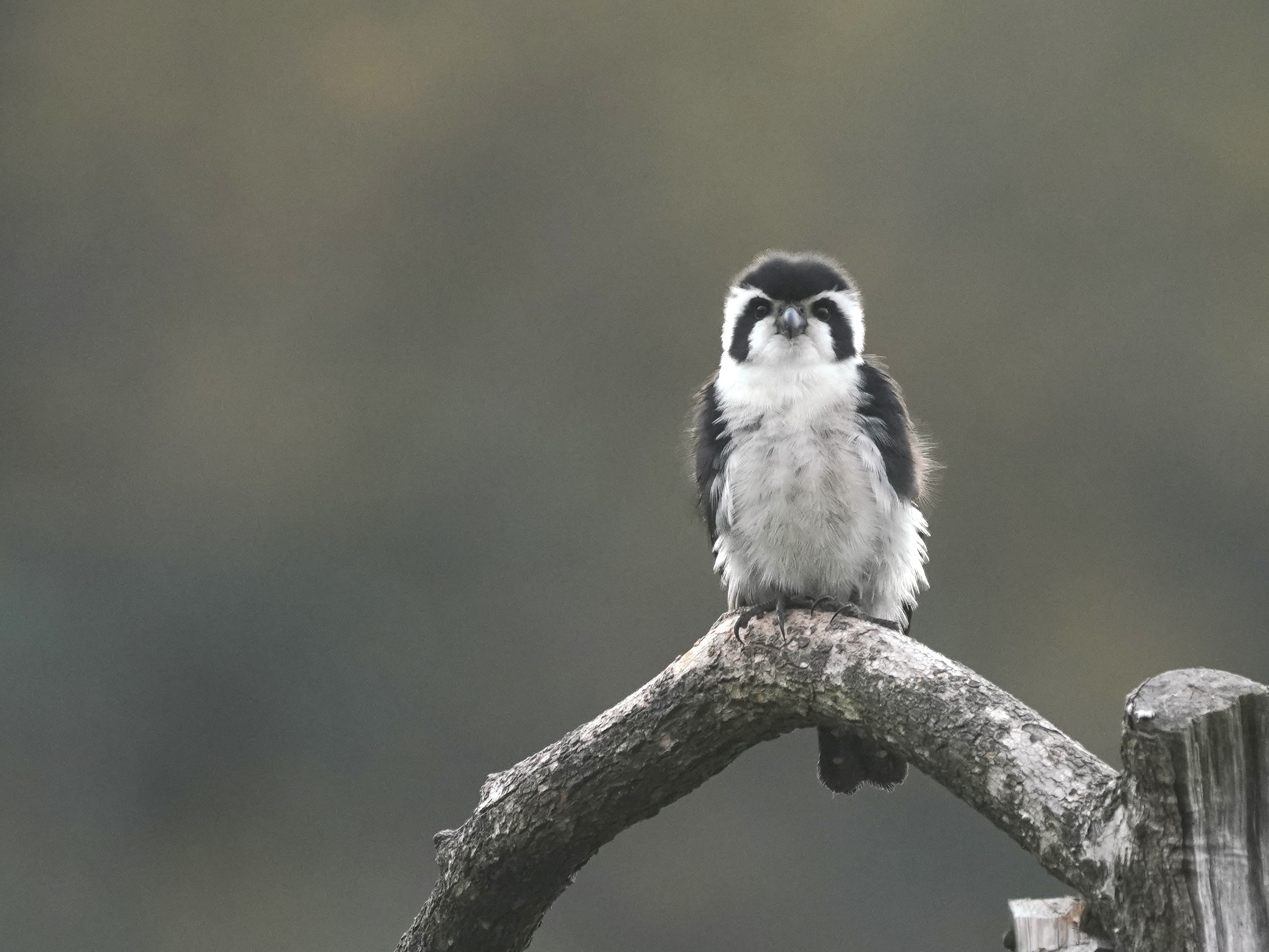 The male decided to pull the same trick. He flew off and returned with a leave, too, ready to suit the next female he laid eyes on. 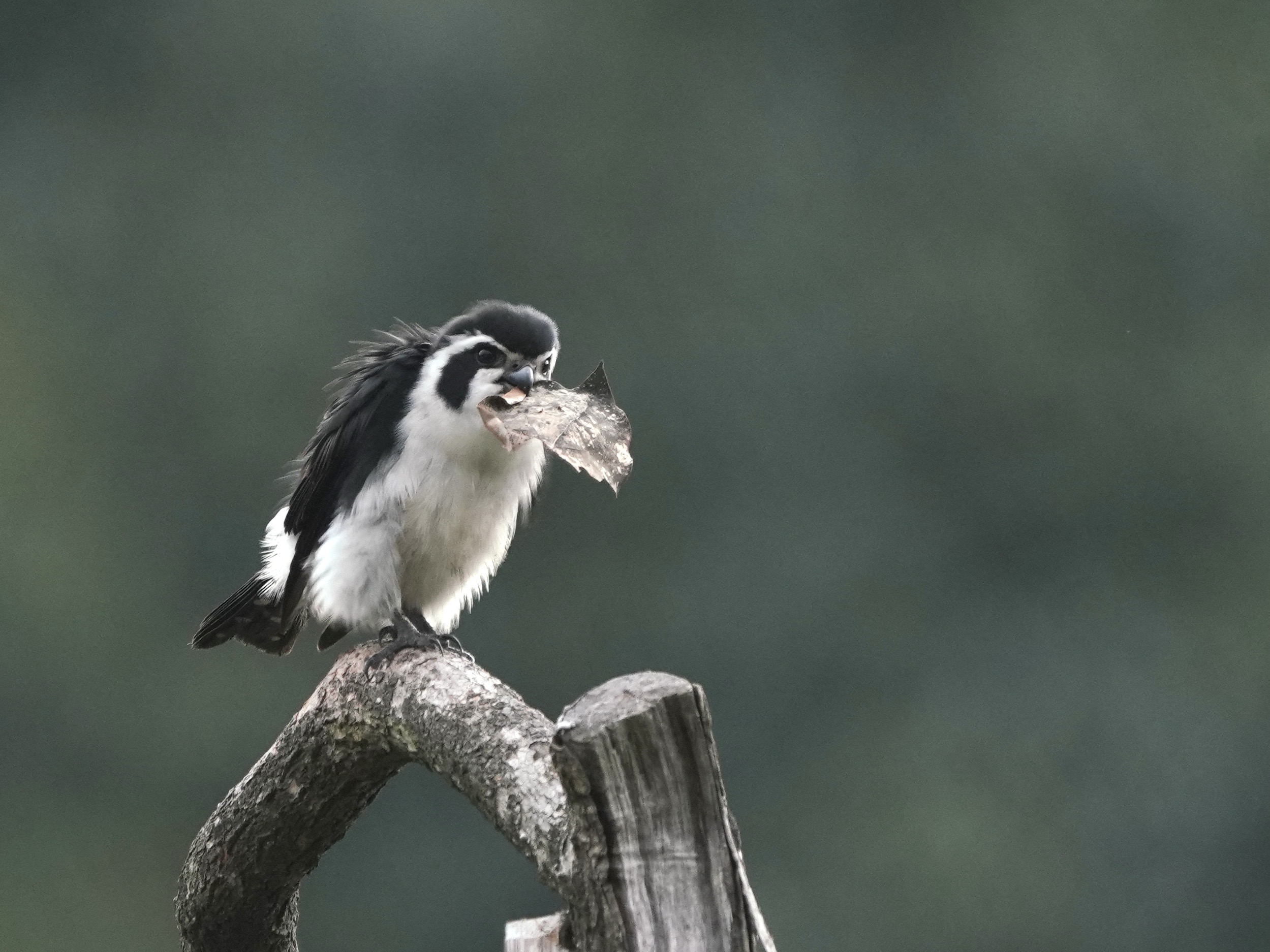 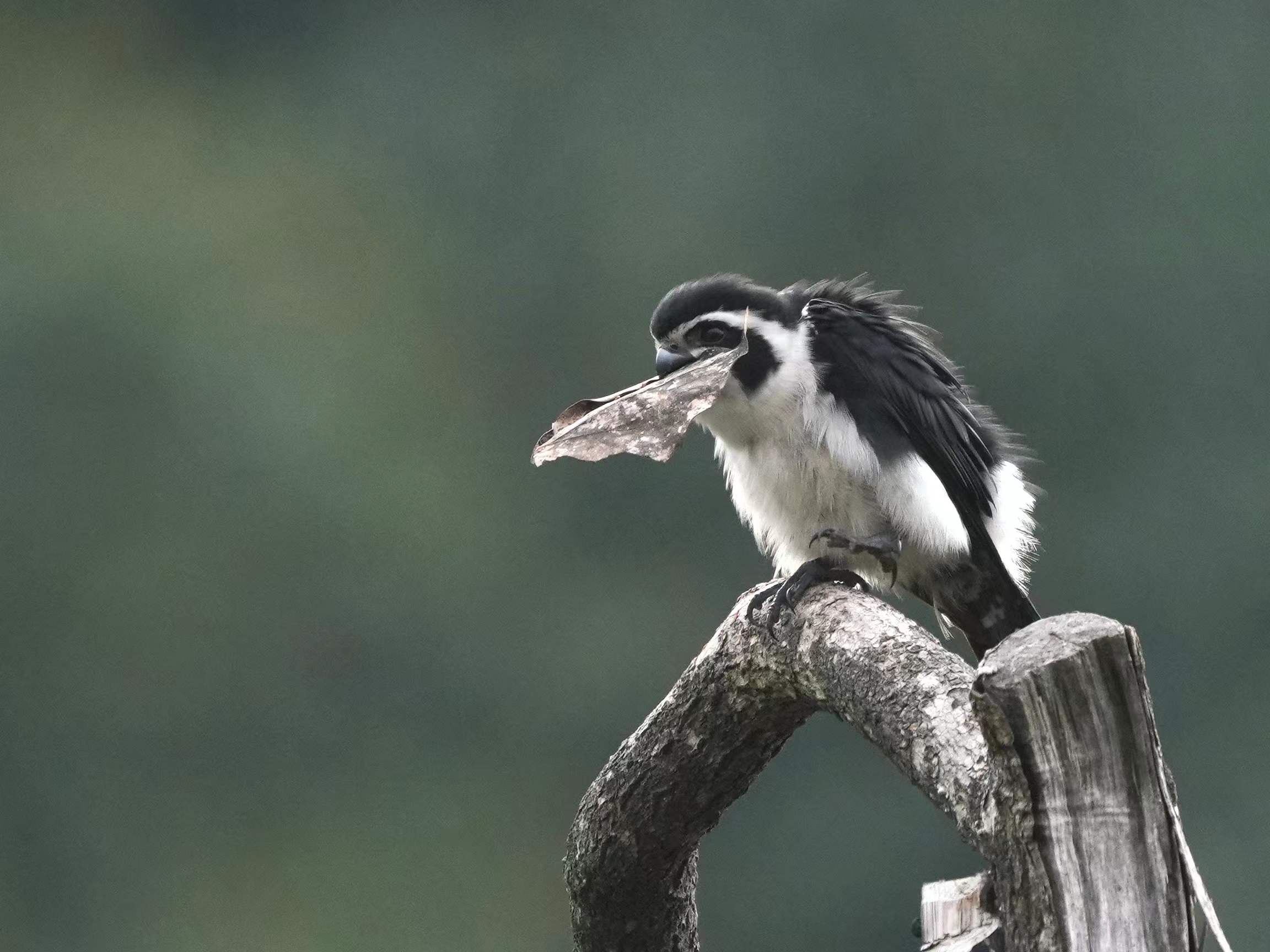 During the pied falconet's breeding season from March to May, presenting leaves is part of its courtship, which also include the male flying up and down quickly and making frequent calls in front of the female.

The black and white bird is found in the forest edges or clearings from northeastern India to east China and southeast Asia. Its face is white with a prominent black patch covering the eyes reaching to the ear coverts with a yellowish beak.

Xiaoqi Village in Wuyuan County has become known globally for watching pied falconets as the ancient camphor trees that have lived for hundreds and even thousands of years have attracted many of this resident bird to settle. 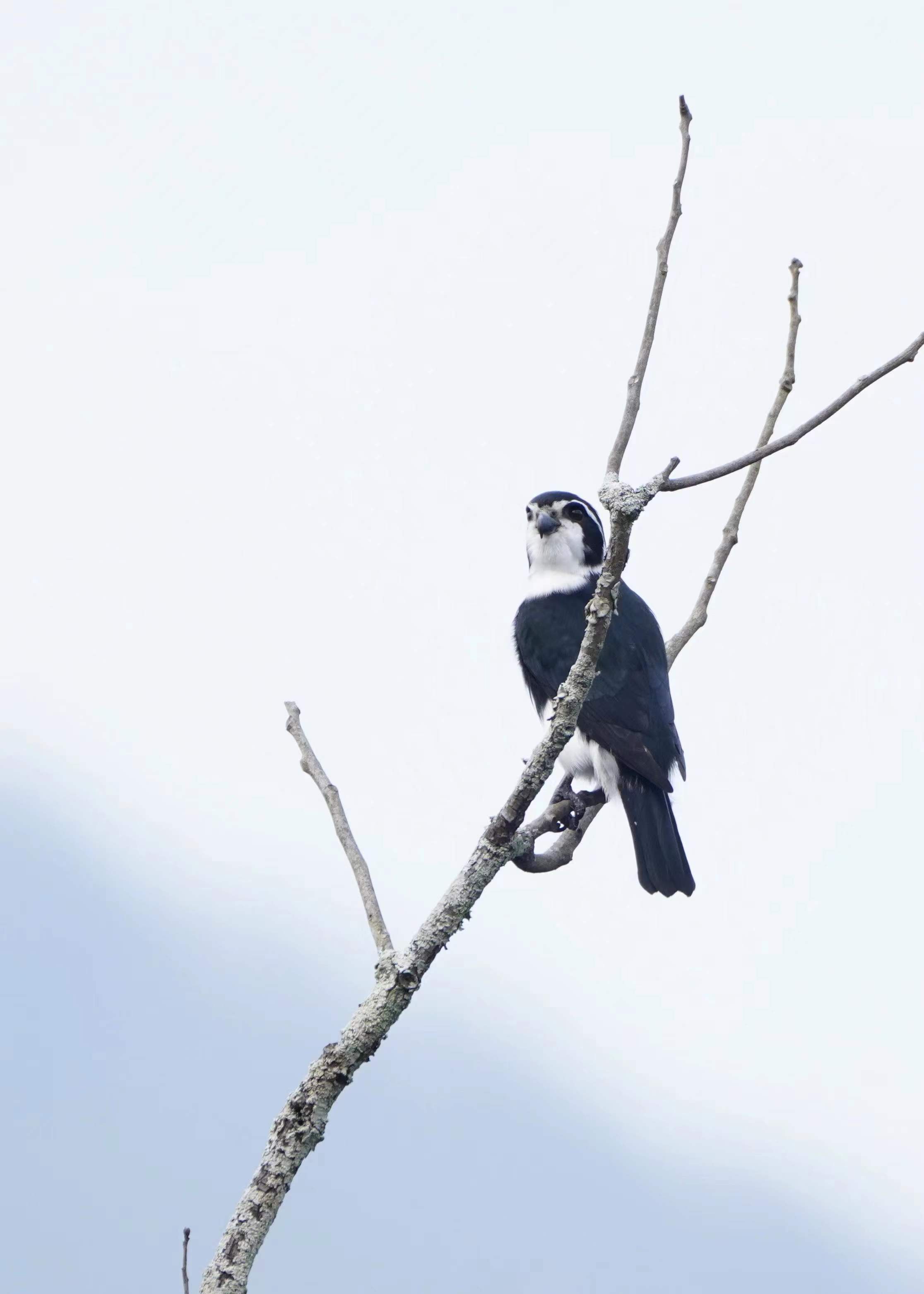 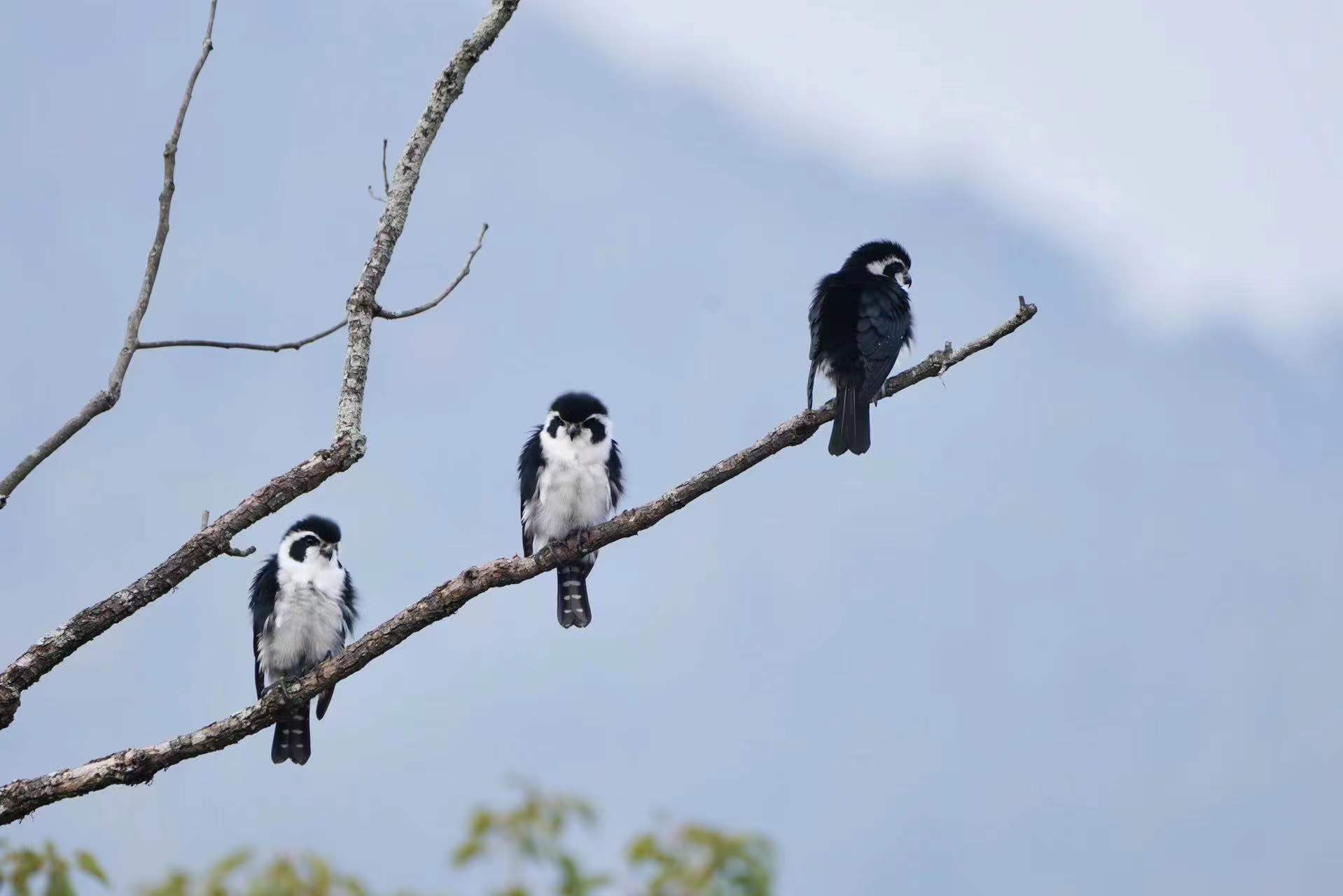 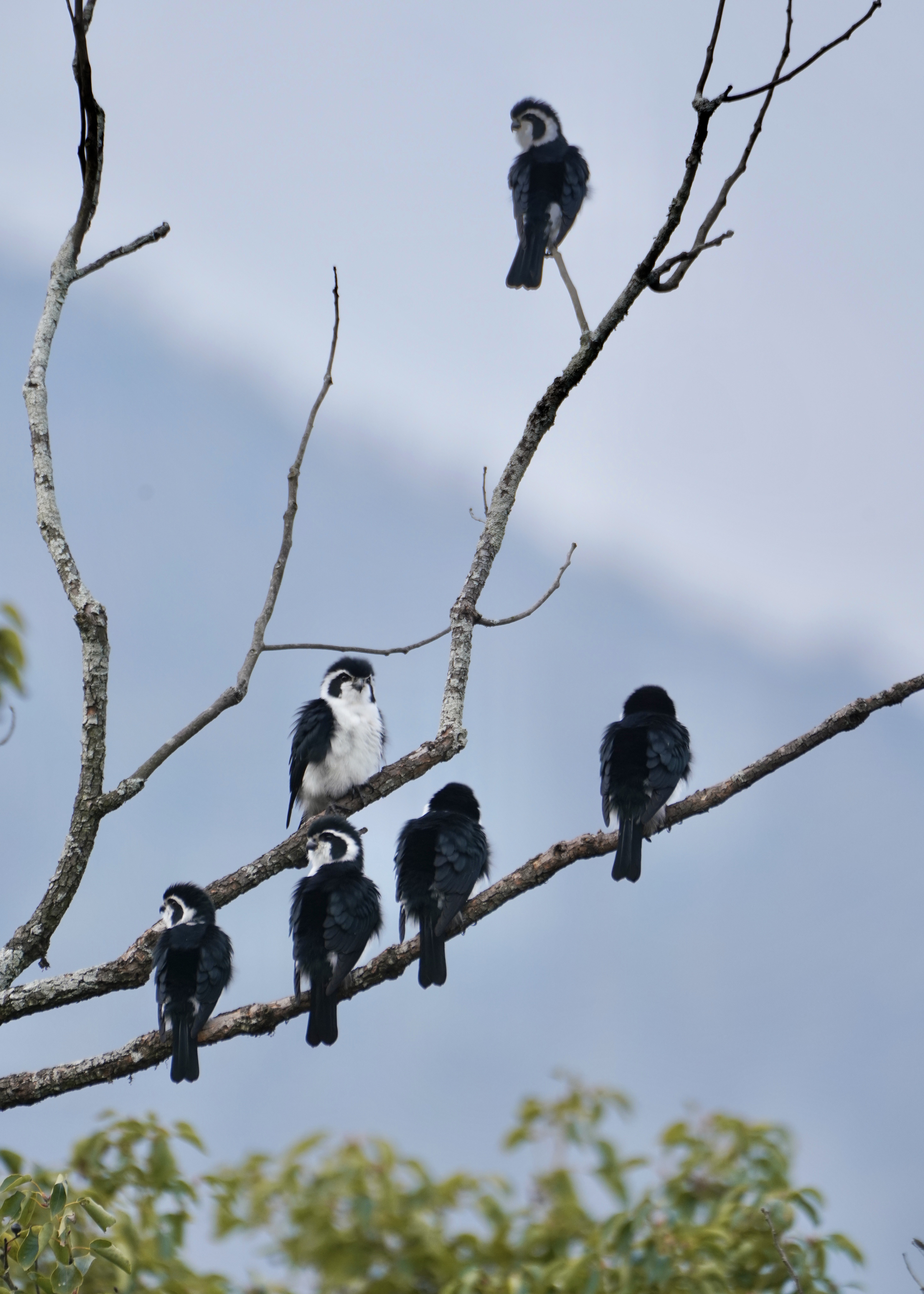 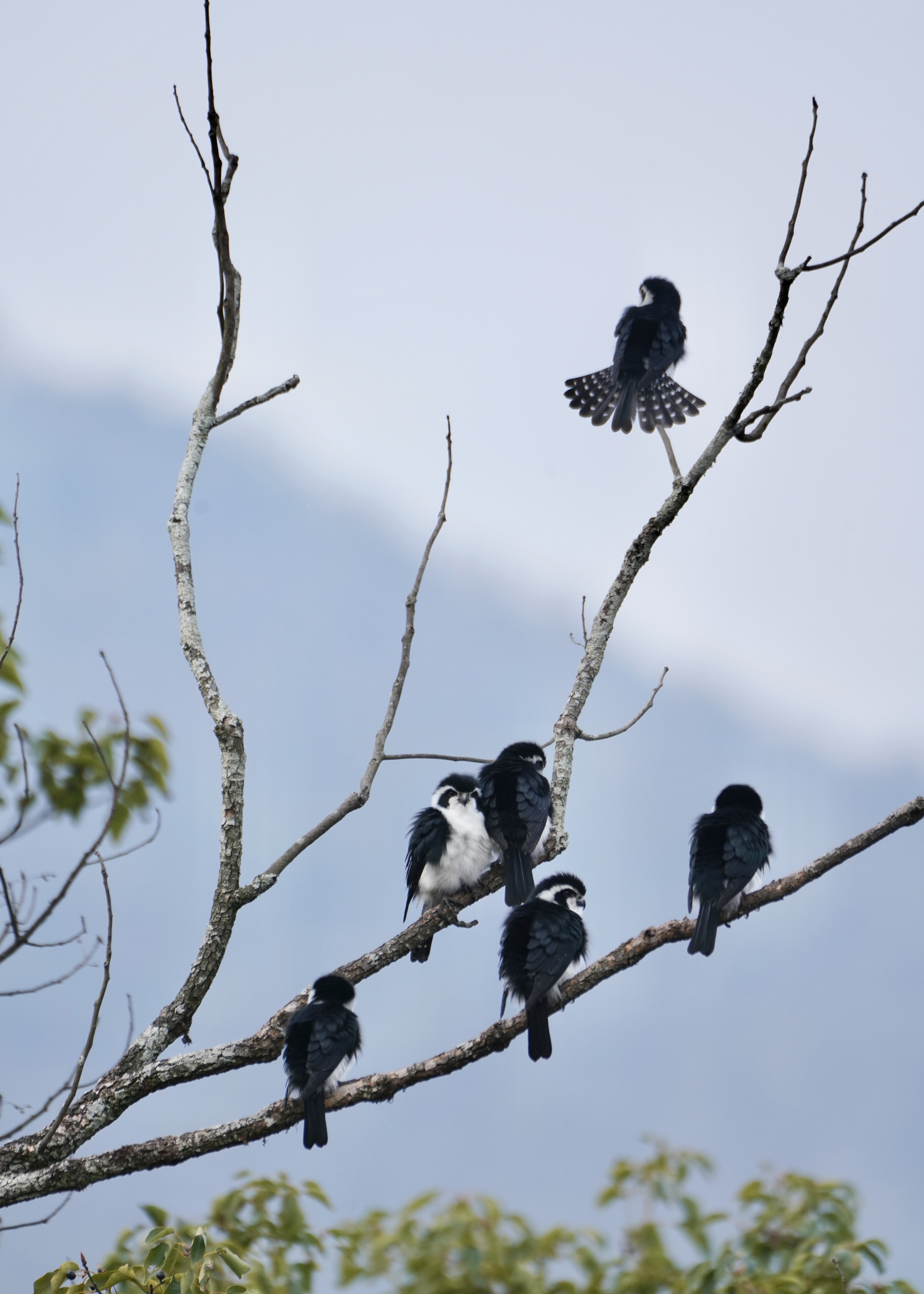 (All images by Fang Qiaoran)